Question: Why would the head of the US Department of Justice, the Attorney General William Barr along with the republican President Donald Trump’s personal attorney, Rudy Giuliani, who claims to be acting at the direction of the US Department of State led by its Secretary Mike Pompeo, be working together to usurp the investigation of the origins of the Russian probe already being conducted by the highly reputable US Attorney John Durham.

The Attorney General William Barr is the one who around May 2019, selected Mr. Durham to conduct a thorough analysis as to the origins of the FBI’s Trump-Russia probe at the bequest of the president. Why would he also be simultaneously investigating this same issue along with Rudy Giuliani. ?

There’s only one good reason. The mob members who have been running our country out of the White House include President Trump, his personal attorney Rudy Giuliani, the State Secretary Mike Pompeo and the Attorney General William Barr are all true believers in the conspiracy yarn about how it was really Ukraine which had interfered in the 2016 US elections and not, Russia. They are convinced that the origins of the US Trump-Russia probe were based on faulty and illegally obtained evidence.

While the mob gang in the White House are operating as true believers of the right-wing conspiracy theories with no basis in fact, the US Attorney John Durham is conducting a serious examination of how the Trump-Russia probe was initiated with a non biased, non-partisan, professional and competent attitude. He’s not a fan of right wing fantasy conspiracy theories. The White House mob has figured out that this experienced prosecutor can’t be brow-beaten/ persuaded into going along with the thinking of President Trump and his 3 cronies. This means that these mob players were stuck figuring out a way to work around Mr. Barr’s hand picked guy, John Durham to obtain the kind of corroborative data that backed their beliefs, facts be dammed. This is the reality show scenario that has landed all four over-the-hill mob actors in the swamp that they’ve created.

“Thomas P. Bossert, who served as Mr. Trump’s first homeland security adviser, said he told the president there was no basis to the theory that Ukraine, not Russia, intervened in the 2016 election and did so on behalf of the Democrats. Speaking out for the first time, Mr. Bossert said he was “deeply disturbed” that Mr. Trump nonetheless tried to get Ukraine’s president to produce damaging information about Democrats.”

“Other former aides to Mr. Trump said on Sunday that he refused to accept reassurances about Ukraine no matter how many times it was explained to him, instead subscribing to an unsubstantiated narrative that has now brought him to the brink of impeachment.” 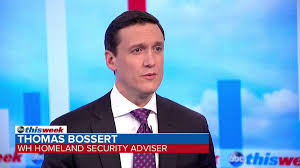 As Republicans struggled to defend the president on Sunday, Mr. Bossert’s remarks offered a hint of cracks in the Republicans’ armor. While Mr. Bossert was forced out in 2018 when John R. Bolton became national security adviser, he has remained publicly loyal until now to a president who prizes fealty above all else.

“It is completely debunked,” Mr. Bossert said of the Ukraine theory on ABC. Speaking with George Stephanopoulos, Mr. Bossert blamed Mr. Giuliani for filling the president’s head with misinformation. “I am deeply frustrated with what he and the legal team is doing and repeating that debunked theory to the president. It sticks in his mind when he hears it over and over again, and for clarity here, George, let me just again repeat that it has no validity.”

“He added that pressing Ukraine’s president was disturbing, but noted that it remained unproven whether Mr. Trump’s decision to withhold aid to Ukraine was tied to the demand for investigations into former Vice President Joseph R. Biden Jr. and other Democrats.”

“Other former aides said separately on Sunday that the president had a particular weakness for conspiracy theories involving Ukraine, which in the past three years has become the focus of far-right media outlets and political figures. Mr. Trump was more willing to listen to outside advisers like Mr. Giuliani than his own national security team.”

As per 5/14/2019 Law.com report, “5 Things to Know About John Durham—Barr’s Pick to Probe Root of Russia Investigation” by Robert Storace:

U.S. Attorney General William Barr has tapped U.S. Attorney John Durham of the District of Connecticut to examine the origins of the Russia investigation, and to determine if intelligence collection involving President Donald Trump’s campaign was appropriate.

But who is Durham, the 68-year-old who’s had a four-decade-long career as a federal prosecutor, and who has now been named to lead that part of the investigation?”

“A Republican, Durham is the 52nd U.S. attorney for the District of Connecticut. He began in his role as the lead federal prosecutor in that state in February 2018.”

“He has been a Justice Department attorney since 1982. He is a former acting U.S. attorney and deputy U.S. attorney, and was chief of the Criminal Division. He also once headed the New Haven field office and the Boston Strike Force on Organized Crime, and was involved in special investigation projects under 4 attorneys general.”

“In 2002, Durham helped secure the conviction of retired FBI agent John Connolly Jr., who was sentenced to 10 years in prison on federal racketeering charges tied to his relationship with well-known mobster James “Whitey” Bulger.”

2. He led investigations into a former Connecticut governor.

“Durham also helped prosecute former Republican Connecticut Gov. John Rowland, who served two prison stints for not paying taxes and accepting $107,000 in gifts from people doing business with the state. He was also responsible for prosecuting mobsters in the Boston area, and led an inquiry into allegations that FBI agents and Boston police had ties with the mob.”

3. He investigated the Central Intelligence Agency.

“In 2009, then-Attorney General Eric Holder, a Democrat, appointed Durham to lead the Justice Department’s investigation into the legality of the CIA’s use of “enhanced” interrogation techniques.”

4. Durham’s reputation as nonpartisan made him Barr’s ‘surprise choice.’Those who know Durham said they are surprised that Barr, who many view as a partisan Trump ally, would pick a prosecutor who is reputed not to allow politics to enter into his work.

“Frankly, I’m very surprised Barr picked John Durham,” attorney and ethics expert Jamie Sullivan said. “Like [Robert] Mueller, Mr. Durham has an impeccable reputation. Barr did not pick someone who is in any way political.”

“Sullivan, a managing partner with Hartford-based Howard, Kohn, Sprague & FitzGerald and the co-author of a book on Connecticut legal ethics, added that Durham has a reputation for being “extremely tenacious and skilled and driven to come to the correct result.”

“For instance, when Durham conducted his investigation of Rowland, who had been a popular and well-liked governor, both men were staunch Republicans, Sullivan said.”

“There was no political basis of any kind in that investigation and prosecution,” he said.”

5. Observers say he permits no leaks.

“Stan Twardy Jr., Day Pitney partner and U.S. attorney for Connecticut from 1985 to 1991, has known Durham for more than 3 decades and says the career prosecutor “is straight down the middle.”

“He’s a person of tremendous integrity and is completely apolitical,” Twardy said Tuesday. “He does not have a political bias in any way. … He avoids it by keeping his head down and conducting the investigation without leaks. He will conduct the investigation thoroughly.”