On the 29th of October 29, 2019, Lt. Colonel Alexander Vindom, a career professional and the US premiere expert on Ukraine participated in a deposition being conducted by the House’s Intelligence Committee lawmakers in performing their role in the “impeachment inquiry” against the republican President Donald Trump. He was one of those who was in a position to overhear the controversial 7/25 phone conversation between President Trump and the Ukrainian President Volodymyr Zalensky.

This 7/25 phone call spawned the House’s impeachment investigation as President Trump was heard asking Ukraine to investigate his political opponent Vice President Joe Biden in return for his releasing the U.S. foreign aid that had been approved by the US Congress in May 2019, after the US Pentagon had certified that Ukraine had taken serious measures to curtail corruption within its borders.

“CAUTION (re the 7/25/call not being a verbatim transcript): A Memorandum of a Telephone Conversation.· (TELCON) is not a verbatim transcript of a discussion. The text in this document records the notes and recollections of Situation Room Duty “Officers and-NSC policy staff assigned t_o listen.and memorialize the conversation in written form as the conversation takes place. A number of factors can affect ‘the accuracy of the reco�d, including poor telecommunications connections and variations in accent and/or interpretation. The word “inaudible” is used to indicate portions of a conversation that the note-taker was unable to hear”

“Lt. Col. Alexander S. Vindman, the top Ukraine expert on the National Security Council, told House impeachment investigators on Tuesday (10/29/2019) that the White House transcript of a July call between President Trump and Ukraine’s president omitted crucial words and phrases, and that his attempts to include them failed, according to three people familiar with the testimony.”

“Colonel Vindman, who appeared on Capitol Hill wearing his dark blue Army dress uniform and military medals, told House impeachment investigators that he tried to change the reconstructed transcript made by the White House staff to reflect the omissions. But while some of his edits appeared to have been successful, he said, those two corrections were not made.”

“Colonel Vindman did not testify to a motive behind the White House editing process. But his testimony is likely to drive investigators to ask further questions about how officials handled the call, including changes to the transcript and the decision to put it into the White House’s most classified computer system — and whether those moves were meant to conceal the conversation’s most controversial aspects.”

“The phrases do not fundamentally change lawmakers’ understanding of the call, which was first reported by the C.I.A. whistle-blower whose complaint set off the impeachment inquiry. There are plenty of other examples of Mr. Trump referring to Ukraine-related conspiracy theories and asking for investigations of the Biden family. But Colonel Vindman’s account offered a hint to solving a mystery surrounding the conversation: what Mr. Trump’s aides left out of the transcript in places where ellipses indicated dropped words.”

“In hours of questioning on Tuesday by Democrats and Republicans, Colonel Vindman recounted his alarm at the July 25 call, saying he “did not think it was proper” for Mr. Trump to have asked Mr. Zelensky to investigate a political rival, and how White House officials struggled to deal with the fallout from a conversation he and others considered problematic.”

“His testimony about the reconstructed transcript, the aftermath of the call and a shadow foreign policy being run outside the National Security Council came as Democrats unveiled plans for a more public phase of the impeachment process. They plan to vote on Thursday to direct the Intelligence Committee to conduct public hearings and produce a report for the Judiciary Committee to guide its consideration of impeachment articles. The measure will also provide a mechanism for Republicans to request subpoenas for witnesses and give Mr. Trump’s lawyers a substantive role in the Judiciary Committee’s proceedings to mount a defense.”

“It is not clear why some of Colonel Vindman’s changes were not made, but the decision by a White House lawyer to quickly lock down (by inputting it in the NSC’s most secure server) the reconstructed transcript subverted the normal process of handling such documents, according to people familiar with the matter.”

“Colonel Vindman told House investigators Tuesday that he twice registered internal objections about how Mr. Trump and his inner circle were pressuring Ukraine to undertake inquiries beneficial to the president, including of Mr. Biden. After the July 25 call, the colonel reported what happened to a superior, explaining that “I did not think it was proper to demand that a foreign government investigate a U.S. citizen, and I was worried about the implications for the U.S. government’s support of Ukraine,” according to his opening remarks. He added, “This would all undermine U.S. national security.”

“He also described confronting Gordon D. Sondland, the United States ambassador to the European Union, after the envoy pressed Ukrainian officials to help the Trump administration by investigating the Biden family. The colonel said he acted out of a “sense of duty,” and emphasized his military service in his remarks. “I am a patriot,” he said, “and it is my sacred duty and honor to advance and defend our country irrespective of party or politics.”

“The White House uses note-takers listening in on the call as well as voice recognition software to create a rough transcript that is a close approximation of the call. But names and technical terms are frequently missed by the software, according to people familiar with the matter.”

“But after the call, Colonel Vindman went with his brother, a lawyer on the National Security Council staff, to see John A. Eisenberg, the council’s legal adviser, to raise his concerns about the conversation.”

“One explanation for why Colonel Vindman’s changes were not made could be that the transcript had been quickly placed into a highly (the most) secure computer system, the N.S.C. Intelligence Collaboration Environment, or NICE system, making it more difficult to alter.” 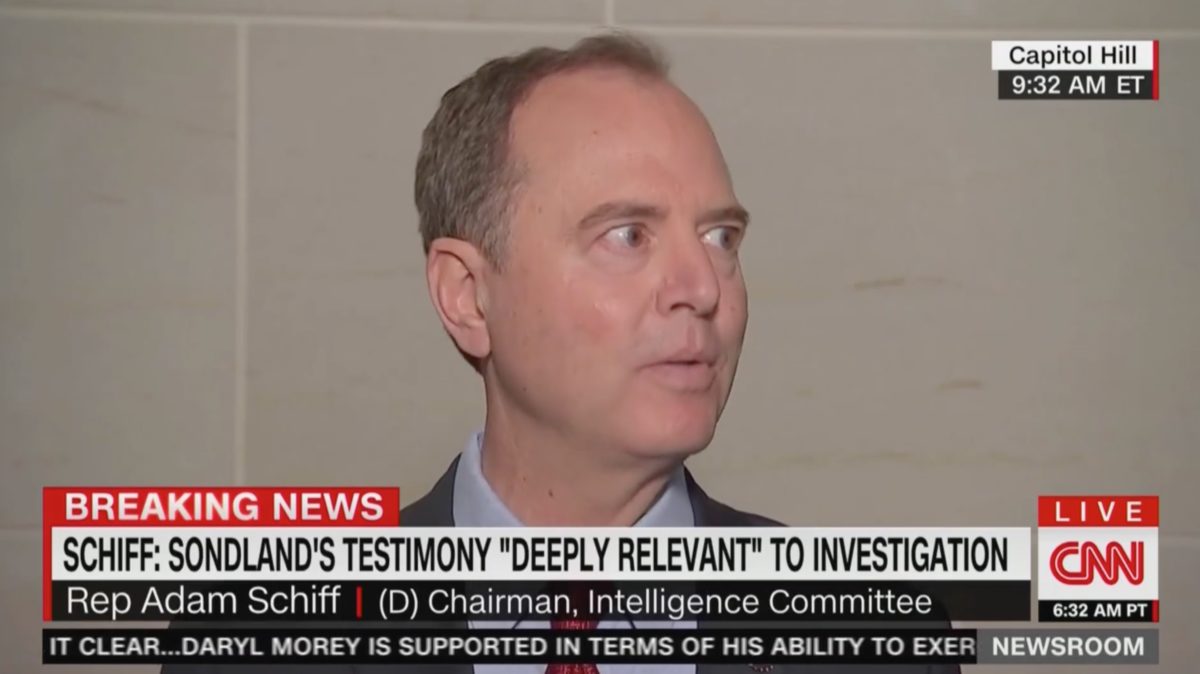 “Mr. Eisenberg ordered the transcript moved to ensure that people who were not assigned to handle Ukraine policy could not read the transcript, a decision he hoped would prevent gossip and leaks about the call.”

“Administration officials have said a number of calls between Mr. Trump and foreign leaders were put in the most secure server. But tightened security had been put in place for those calls ahead of time. The Ukraine call was put in the secure server only after the fact.”

“In the whistle-blower complaint that was made public, the C.I.A. officer wrote that placing the rough transcript in the server was part of an effort to lock it down, restrict access and a sign that “White House officials understood the gravity of what had transpired in the call.”