How Dems Should Tackle Economic Issues

If Dems want to maintain their majority status in the US Congress in 2023, they cannot cede winning the debate on US economic issues to GOP MAGA candidates. They can message primarily on the 2 major issues of saving our US democracy from devolving into a Fascist style autocracy and the restoration of women’s access to legal abortions, but they also have to educate Americans on how they’re fighting like hell to alleviate their financial suffering due to rising inflation costs and what more they’ll be able to do if Dems can maintain their majority positions in the US Congress, post the November 2022 elections.

Two things that Dems can do to successfully tackle economic issues head on are first, they can start by trusting the intelligence of all our citizens, even GOP MAGA voters, and second, they can educate folks about how the US economy including inflation can become much worse if GOP MAGAs prevail in winning majority power in US House and Senate. Dems won’t move the needle by much, but any movement can make a difference in close elections.

Just look at what happened in 2022 when a conservative UK politician enacted a favorite right-wing solution to any economic problem, widespread tax cuts which was the catalyst for a major financial meltdown. As per a 10/17/2022 Reuters report, “Under the new policy, most of (former PM) Truss’s 45 billion pounds of unfunded tax cuts will go…”

“Republicans plan to push to extend key parts of President Donald Trump’s tax cuts if they take control of Congress in this fall’s elections, aiming to force President Biden to codify trillions of dollars worth of lower taxes touted by his predecessor…. Many economists say the GOP’s plans to expand the tax cuts flies against their promises to fight inflation and reduce the federal deficit, which have emerged as central themes of their 2022 midterm campaign rhetoric. Tax cuts boost inflation just like new spending, because they increase economic demand and throw it out of balance with supply.”

See: What Kevin McCarthy can learn from Liz Truss – The Washington …https://thewashingtonnow.com/ 10/20/2022

Truss resignation in the U.K. should have Republicans’ …https://www.msnbc.com/rachel-maddow-show

The happenings of fire, floods and pandemics, etc. can be classified as “Acts of God.” The best any government can do is to act to prevent and reduce the harm from these forces of nature wherever and whenever possible and to help folks in the recovery process.

This period of US inflation in 2022 resulting from worldwide decrease in consumer demand during 2019-2021 COVID pandemic shutdowns followed by a sharp increase in demand after COVID restrictions were eased; Russia’s war on Ukraine limiting oil supplies, falls into the category of “Acts of God.”

The GOP MAGA candidates have been blaming POTUS Biden and Dems for rising inflation rates as voters have been paying more monies on basics like rent, food, fuel, etc. while none of them have lifted a finger to effectively reduce this suffering by average folks.

They’re like local GOP MAGA officials who refuse to adequately fund its fire department, who don’t ensure that the fire trucks have easy access and the tools required to put out a fire. Yet they’re the first ones to pontificate on how government doesn’t work when the house burns to the ground.  GOP MAGA candidates plan to win in 2022 by focusing on divisive culture war issues versus presenting any viable solutions.

POTUS Biden and Dems have been working hard to reduce the negative impact of rising inflation on US consumers via multiple plans with no help from GOP MAGA lawmakers. 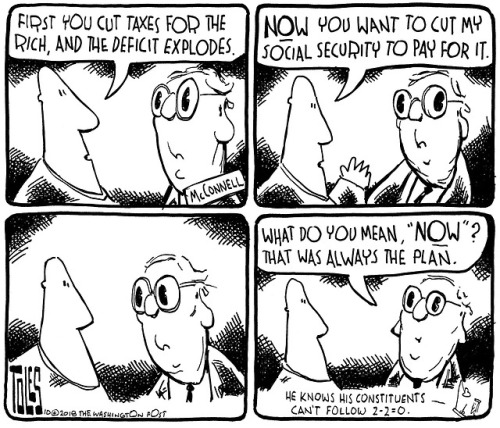 “According to the Congressional Budget Office (CBO), a federal agency that provides budget and economic information to Congress, the bill will have a “negligible effect on inflation” in 2022, and in 2023 it will change inflation somewhere between 0.1 percentage point lower and 0.1 percentage point higher than it is currently.” 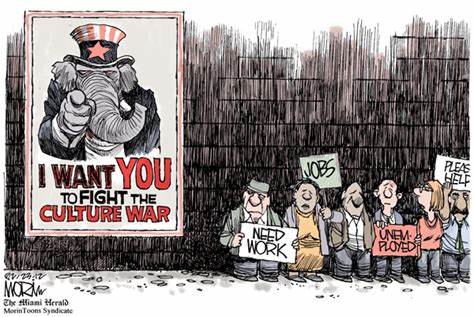 “Even if it won’t move the needle on inflation, the CBO also estimates the bill will decrease the deficit by more than $100 billion over the next decade. The federal government ran a deficit of $2.8 trillion in 2021, according to the Bipartisan Policy Center; the bill’s estimated deficit reduction will wipe out about 4% of that.”

Though the bill may fall short of bringing immediate price relief to consumers, it’s monumental in other ways. According to The Wilderness Society, a nonprofit land conservation organization established in 1935, the Inflation Reduction Act is described as a “breakthrough” on climate policy.

This bill was passed in August 2022 in the US Senate without any GOP MAGA lawmakers’ support under reconciliation rules.

Not only have the GOP MAGAs done absolutely nothing to help the average American with inflation woes, but if they succeed in winning in 2022 elections, their future plans will make the cost of inflation much worse for most Americans. Instead, they keep fixating on divisive culture war issues to attract voters.

As per an October 17, 2022, Washington Post report, ” If the GOP becomes the majority in November, they’re looking to extend provisions from former President Donald Trump’s 2017 tax cuts, specifically focused on tax rates paid by individuals and corporations.”

See: GOP lawmakers are bashing Biden for driving up inflation, but they could make it worse by extending Trump’s tax cuts …https://www.businessinsider.nl

Don’t forget Florida’s GOP MAGA leader, Senator Rick Scott’s plan to sunset every federal program following a review conducted every 5 years. This proposal includes placing Social Security and Medicare on the chopping block based on another GOP MAGA lie that both are financially untenable.

In short, it’s in most GOP voters’ best interests to vote for Democratic Party candidates if they want to see any relief with regards to rising inflation.

Note: In the next few blogs, I’ll be discussing how GOP MAGA policies will most likely worsen US economy post US November 2022 elections.