Dear Media, Latino Decisions (a polling company) is strongly contesting the results of the published election day exit polls, paid for by the media. And frankly their arguments make sense and deserve consideration. After being in the trenches as volunteer for Hillary Clinton’s campaign in Florida, I have been very skeptical about the reporting of Donald Trump garnering 29% of the Hispanic vote which is a higher number than what Mitt Romney won in 2012.  Edison, the polling company contracted by the media is reporting that Mr.Trump garnered the Hispanic vote by 29% whereas Latino Decisions is showing him winning by only 18%, which is a difference of 11%.

The following is what the co-founders of Latino Decisions, Gary Segura and Matt Barreto have provided to bolster their arguments ( methodology online here):

“The Exit Polls suggest white support for Trump to be essentially identical to that for Romney four years ago, but meaningful shifts toward Trump among African Americans and Latinos.  Does that sound like the story of this election?”

“Journalists – especially cable news anchors and producers – please remember that the Exit Poll is just a survey, one never designed to represent the Latino (or other minority group) vote. Unlike our work, and the work of countless other survey researchers, Edison is not transparent in its methods. We have, for several cycles, raised serious questions about clustering, socio-economic bias, Spanish language interviews, and precinct selections. Apart from their admission in 2005, they have remained silent and opaque. But you—and the country—deserve answers to how they collected the data, and how reliable it is.  Call them and ask.  And let us—all of us—know what they say.”

The following 11/10/16 article. “Lies, Damn Lies, and Exit Polls,” by Latino Decisions explains why its officials are convinced that the published exit poll results being reported on by the media establishment are bogus:

In the 36 hours since the results of the Presidential election became clear, a number of “analyses” have emerged suggesting that a surprisingly large share of the Latino vote went to Donald Trump, despite his demonization of Latinos, his attacks on Judge Curiel and Alicia Machado, his blanket hostility to immigrants, and more.  The basis of these claims are the National Exit Poll, a survey commissioned by a consortium of media outlets who wish to understand the electorate’s behavior. The exit poll numbers for Latinos are wildly inconsistent with dozens of pre-election polls demonstrating a larger than 3-1 advantage for Secretary Clinton. What happened?”

The exit poll reports of Latino vote are profoundly and demonstrably incorrect.  The methodology used for this poll systematically misrepresents all voters of color and this can be demonstrated with actual precinct-level results and with their practices in the last decade. We note, at the start, that unlike the Latino Decisions Election Eve Poll, the precise details of this year’s exit polls are not available to the public or press, which should at least give you pause when considering their accuracy (Its research). Moreover, since many high profile media outlets actually pay for the poll (ABC, CBS, CNN, Fox, NBC and the Associated Press), reporters and editors are instructed to use that data, not to critique it, and to disregard other data sources.”

“The Latino Decisions poll of 5600 extremely high propensity Latino voters in the nights immediately prior to the election reported 79% of Latino voters supporting Secretary Clinton, 18% supporting Donald Trump, and 3% other.  Our findings demonstrate, among other things, that 55% of Latinos see Trump as hostile, compared with just 30% viewing the GOP as hostile and only 5% thinking that about Democrats, that there was a substantial 12-point shift to the left among Cuban voters in Florida, and that Latinas (86%) were more likely to support Secretary Clinton than Latino men (71%) who, nevertheless, were strongly Democratic. Here are 10 things to consider when evaluating the Exit Poll findings against ours:”

1. “The exit poll is just that—one POLL. They are not actual results, there is nothing “official” about them, and are subject to the same evaluations of accuracy as all other polls.”

2. “The exit poll is not a random sample of all voters. The surveys taken on election day are clustered to a small handful of precincts out of the thousands of possible precincts.  Academic papers have documented with evidence that this introduces considerable bias in the minority sample. (here and here).  Those surveys are supplemented with pre-election polling, same as us.”

3. The exit poll results are indefensible. They suggest Donald Trump received 29% of Latino votes. That is at odds with all other high-quality, large sample pre-election polling that a plausible explanation is required.  In all quality pre-election polls, Trump’s percentage is very close to the one we found in our election eve poll:
Univision/Washington Post   19
NBC/Telemundo oversample  17
NALEO/Telemundo tracking poll  14
FIU/New Latino Voice  13
Again, the Exit Poll is just a survey (and, as we will describe below, one with a lot of problems). You either have to conclude that one problematic poll got it right and all others were wrong, or you have to at least consider whether the methodology used by the outlier—the Exit Poll—is deeply flawed.”

4. “The exit poll Latino estimate is WAY off. Skeptics might say that all the polls were off this year, but actually, the national polling miss was only around 1-2% compared to what the popular vote margin will eventually be. These Latino numbers are off by 10-15%.  That requires a plausible explanation, and secret support for a man who described Latinos as rapists and criminals does not pass the sniff test.  That’s why we see all these speculative stories. If the Exit Poll numbers seem inexplicable, maybe they are wrong.”

5. “Actual results from election day confirm the Latino surge and a shift in the Democratic direction. It’s early and lots of results are still being posted, but a careful examination of precincts with lots of Latino voters, drawn from across the country, show an increase in turnout and an increase in Democratic vote share.  In none of the actual results data is there anything to suggest Trump out-performing Romney.  What is more likely is that the national exit polls interviewed FEW IF ANY Latino voters in areas where many Latinos actually live. For example, in 2014, the Exit Poll didn’t interview a single Latino south of San Antonio, despite this being among the most heavily Latino regions of the US.  In a brief post-election summary, we detail extensively these Latino geographies, but here are a few quick examples:”

6. “The exit poll wasn’t designed to capture sub-populations, like Latinos or African Americans. Instead, it was designed to offer one national estimate, and to help news organizations predict outcomes.  Who says so?  They do!”

“VERY IMPORTANT: The people behind the exit poll even admitted a few years ago that their minority samples are not expected to be correct! They wrote in a self-critique that “it is not designed to yield very reliable estimates of the characteristics of small, geographically clustered demographic groups. These groups have much larger design effects and thus larger sampling errors.” Get that?  Edison says that their estimates of sub-populations are more error prone.  Did you see that on CNN? The letter goes on to say, “If we want to improve the National Exit Poll estimate for Hispanic vote (or Asian vote, Jewish vote or Mormon vote etc.) we would either need to drastically increase the number of precincts in the National Sample or oversample the number of Hispanic precincts.” They have done neither.   Question: Hey Exit Polls, did you still think you need oversamples and more precincts? Then why are there less?”

7. “Exit polls do not select many high-density Latino (or African American) precincts. Despite very high levels of segregation in the US, the exit poll actually has very few precincts with large numbers of minority voters. The reason, of course, is that minority-heavy precincts are not close in outcome, and are less helpful to them in predicting the shifting winds of the electorate.  For example, in a recent national exit poll they admitted they had only 11 total precincts with sizable Latino populations. ELEVEN?! In the entire national sample. ELEVEN.  In 2014 they admitted they had ZERO precincts selected in the Texas Rio Grande Valley where 25% of all Texas Latinos reside. Question: Exit Polls, how many high density Latino precincts did you have? And where? Be specific.”

8.” Exit polls demographics of Latinos do not match reality. They interview very few respondents in Spanish. By very few, we mean almost none. According to Census data, about 30% of Latino voters are foreign-born. Most of those voters are more comfortable being interviewed in Spanish. In past cycles, only 6 or 7% of exit poll Latino interviews are in Spanish while the population numbers suggest that it should be closer to 30% in Spanish.  Spanish dominant Latinos are far more heavily democratic. Question: Exit Polls—what was your Spanish %? What is the national origin distribution?” 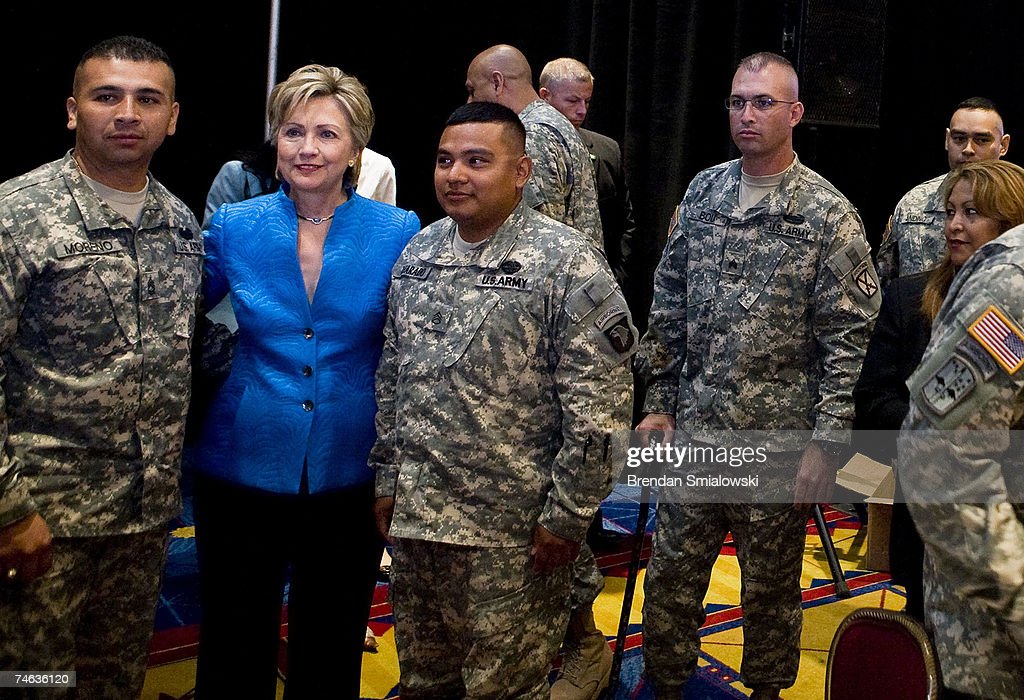 9. “The exit polls’ claim to fame was that, because they interview on election day, in person, they are more accurate. Except that now, with the broad proliferation of early and absentee voting, and vote by mail, the exit polls for those voters are run just like all others—by telephoning respondents.  And the in-person advantage on election day presupposes a representative cross-section of precincts.  Question: Exit Polls—how do your results of early/absentee voters compare with the precinct interviews? How did you merge these statewide samples in with your geographically clustered precincts?”

10. “Because they select precincts without an attempt to represent Latinos and other subgroups accurately, past exit polls demonstrate a substantial skew towards minorities with higher income and education than most of the group population. When compared to the Current Population Survey’s November supplements (our country’s official estimates of who voted), the Exit Poll has between 11 and 12% more college graduates and 5% more respondents with above-median incomes.  That is true this year as well. In the current Exit Poll results, 44% of their non-white respondents have college degrees.  The actual college graduate percent for all non-whites in the voting electorate is around 30%. As for income by race, though this has been reported in all previous years exit polls, we cannot find that breakout on any network presentations of the Exit Pol. Historically, Exit Poll respondents have significantly higher income than the CPS says the population of non-white voters should. Question: Exit Polls—how come your income and education distributions don’t match the census or CPS? Where is income by race?”