I have watched and listened to the republican President-Elect Donald Trump on the campaign trail as he continues to convince his followers over and over again of his commitment to them, with phrases like “We will put our workers back to work in this country, not peoples from other lands.” And he declares this so convincingly to his zealous followers as he continues to hire all foreign workers to be the cooks, waitresses, cleaning crews, etc. to toil at his Florida Mira Lago Resort for the upcoming 2016/ 2017 Winter season.

The president-elect has talked over and over again that more products need to be made in the U.S.A. even when he purchases items for his business over seas. When questioned on this, he responds that things are not made in this country.

But according to a 5/11/16 FactCheck.org report by Robert Farley, “he went too far in claiming that products in the Donald J. Trump — ties, dress shirts, suits, glasses, wallets and other accessories — aren’t made in the U.S. anymore.” 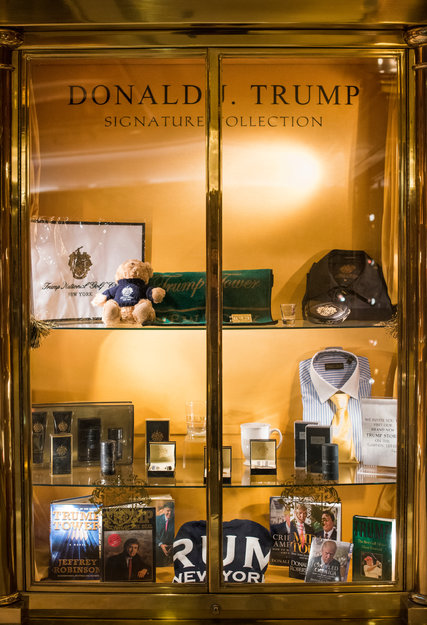 “Many of AAFA’s members make clothes and shoes in the United States,” according to a statement released to FactCheck.org by Natalie LaBella, marketing manager for the AAFA. “The member companies encompass a wide range of products and brands – including large and small companies, public and private firms, and companies manufacturing for the commercial market and making uniforms and other apparel and footwear for the U.S. military.”

In short, the president-elect’s words do not match his actions. This pattern is not about to change for the better as he inhabits the White House. The day after his election win, he stated the following: “For those who have chosen not to support me in the past, of which there are a few people, I’m reaching out to you, for your guidance and your help, so that we can work together and unify our great country.”

If a member of the public, dares to stand up as a private citizen to respectfully challenge the president-elect in a public setting, their lives will be made a living hell by his followers. Yet, this is the same leader who claims to be the champion of  average, every day Americans.  This is supposed to be a true statement, as long as one happens to agree with him?

First, the President-elect Donald Trump may want to try treating those who politely disagree with his thinking with a little more respect as he continues to expect the same in return.

On 12/8/16, Jenna Johnson of the Washington Post describes the treatment of a dissenting voice in her article, “This is what happens when Donald Trump attacks a private citizen on Twitter:”

“About a year ago, 18-year-old college student Lauren Batchelder stood up at a political forum in New Hampshire and told Donald Trump that she didn’t think he was “a friend to women.”

“The next morning, Trump fired back on Twitter — calling Batchelder an “arrogant young woman” and accusing her of being a “plant” “from a rival campaign. Her phone began ringing with callers leaving threatening messages that were often sexual in nature. Her Facebook and email inboxes filled with similar messages. As her addresses circulated on social media and her photo flashed on the news, she fled home to hide.

“For Batchelder, who studies history and gender studies at Saint Anselm College in Manchester, N.H, the abuse continues more than a year later. Five days before the election, she received a Facebook message that read: “Wishing I could f—ing punch you in the face. id then proceed to stomp your head on the curb and urinate in your bloodied mouth and I know where you live, so watch your f—ing back punk.”

“This is what happens when Trump targets a private citizen who publicly challenges him.”

“When Trump tweeted about Batchelder in October 2015, he had fewer than 5 million followers; he now has more than 17 million and has bragged that having a Twitter account is “like owning the New York Times without the losses.” Twitter has become Trump’s cyber-magic wand, allowing him to quickly act on a fleeting idea, a fit of anger or something he sees on television. Now that he is the president-elect, the power of Trump’s tweets has only increased.”

“With one tweet, Trump can change headlines on cable news, move financial markets or cause world leaders to worry. With one tweet last week, Trump inflamed a conflict with China. With another tweet on Tuesday, Trump caused Boeing stock to plummet. With a third on Wednesday night, Trump prompted a series of threatening calls to the home of a union leader who had called him a liar.” (He simply stated the truth which is that about 730-800 Carrier jobs were saved instead of the 1,100 that the republican-elect kept announcing.)

Chuck Jones, who is President of United Steelworkers 1999, has done a terrible job representing workers. No wonder companies flee country!

“Although Trump said months ago that he was likely to give up Twitter if elected, he has shown little sign of doing so. He will soon inherit the @POTUS account, which has 12.5 million followers.”

“I think I am very restrained, and I talk about important things,” Trump said during an interview with the “Today” show this week. “Frankly, it’s a modern-day form of communication. . . . I get it out much faster than a press release. I get it out much more honestly than dealing with . . . dishonest reporters. So many reporters are dishonest.”

“During her first semester at Saint Anselm in fall 2015, Batchelder decided to volunteer for former Florida governor Jeb Bush’s campaign, even though her views were much more liberal than his. To her, it was just an enjoyable opportunity to learn more about the Republican Party. She listed the volunteer position on her online résumé but later realized that she truly is a Democrat.”

On Oct. 12, 2015, Batchelder attended a bipartisan forum in Manchester and said to Trump: “So, maybe I’m wrong, maybe you can prove me wrong, but I don’t think you’re a friend to women.”

“Trump defended himself, saying he gave women positions of power at his construction sites, has influential women in his life and will fund women’s health initiatives.”

“I love women, I respect women, I cherish women,” Trump said at one point.”

“Batchelder asked for the microphone again.”

“Trump answered curtly: “You’re going to make the same if you do as good of a job, and I happen to be pro-life, okay?” 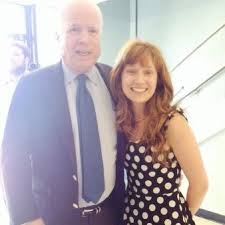 “Media outlets covered the striking exchange, which generated conversation online. But Batchelder went to bed that night thinking her moment in the spotlight was over.”

“After midnight, Mr. Trump’s director of social media tweeted out screengrabs of Batchelder’s social-media accounts. Trump’s supporters launched investigations of their own. At 7:39 a.m., Trump tweeted: “The arrogant young woman who questioned me in such a nasty fashion at No Labels yesterday was a Jeb staffer! HOW CAN HE BEAT RUSSIA & CHINA?”