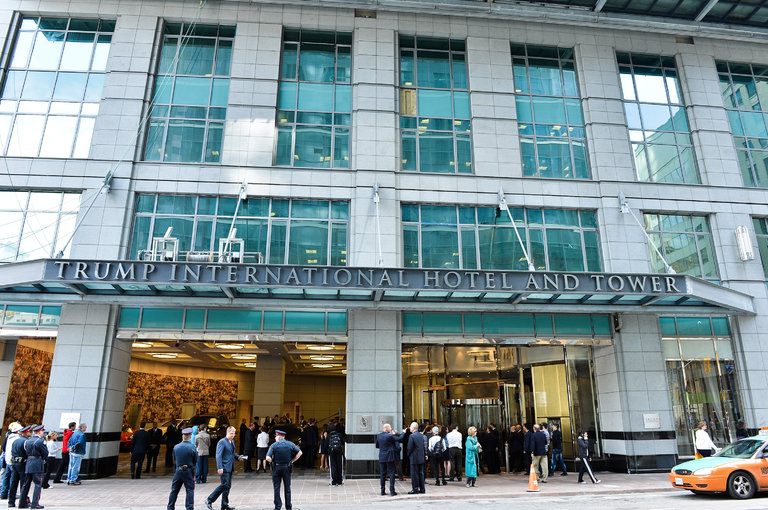 Citizens for Responsibility and Ethics in Washington, or CREW was the first in line to legally pursue the republican President Donald Trump for his “conflict of interests’ issues, especially with the emoluments clause in the US Constitution which bars the president from accepting monies/ gifts from foreign governments. But it looks like the (ACLU) American Civil Liberties Union will be following suit as well, along with 196 democratic US Congressional senators and representative. These organizations have watched as the US House Intel Committees failed to demonstrate its serious pursuit of possible wrongdoing by the president, by executing the basics, like subpoenaing his IRS Tax returns. And so, these entities will be waiting no more.

The Atlantic has published on June 19, 2017, a crib sheet of all the president’s possible conflicts of interests cases. Below I have footnoted a link to the entire lengthy report.

One of the questions underlying the ongoing investigation into the Trump campaign’s interactions with Russian officials is whether the president himself is in debt to the country’s government or state-run banks. Though Trump has insisted recently that he does not do business in Russia, that assertion conflicts with 20 years of his (and his sons’) statements to the contrary.

This weekend, The New York Times reported on details that underline his past dealings in the country: On the night of the 2016 presidential election, the Russian government granted extensions to six expiring trademarks that Trump had received between 1996 and 2007. The trademarks cover branding for a variety of products, including one for Trump Vodka, which debuted in 2007 and folded shortly thereafter, and one for the name “Trump Tower,” for a real-estate deal that the president began exploring in 1996 but that ultimately fell through.

“By all appearances, the renewals in November were fairly routine and don’t indicate that the Trump Organization has any actual plans for pursuing business opportunities in Russia in the near future. As was the case with the trademarks the company received in China in February, it’s likely that registering the Trump name is more defensive than anything else, a means of securing the name to ward off potential knockoffs or patent trolls, who in some cases register well-known brand names so that, should a corporation try to expand overseas, they will have to pay to wrest the trademark back.”

“Even if the renewals were a mere formality, they point to the ongoing complications the president’s decision to retain his business while in office creates. Trademarks certainly aren’t direct financial compensation, but they have distinct monetary value as a means of protecting a company’s business interests, especially for a corporation like the Trump Organization, which relies so heavily on its brand appeal that the Trump name is arguably among the family’s most valuable assets. That leaves open the possibility that the president may be inclined to think more highly of a country because it has recently helped his company by approving a trademark request—which in turn opens the possibility that a foreign government seeking to influence the president might seek to curry favor with him by expediting the process or granting trademarks they wouldn’t for a less important person.” “Other trademarks that Trump has received in foreign countries since taking office are not only ethically questionable but arguably violate the Constitution. Though part of the ethics arrangement the president and his lawyer laid out before the inauguration was that the Trump Organization would cease pursuing new deals in foreign countries during Trump’s presidency, the company has continued to register trademarks around the world. China granted him not only the trademark on his name in February but also 38 others in March, on everything from hotels to insurance to escort services, followed by six more last week; his eldest daughter Ivanka, who serves as an adviser within the administration, has also received trademarks there since her father took office. Mexico, too, approved Trump trademarks in March.”

“These developments, which all came about after Trump took office, arguably violate the Constitution’s Foreign Emoluments Clause, which bars federal officials from “accept[ing] of any present, Emolument, Office, or Title, of any kind whatever, from any King, Prince, or foreign State.”Moreover, as has frequently been the case with the Trump Organization’s dealings in recent months, the timing of the renewals The New York Times reported on raises additional questions about whether Russia may have been trying to influence the president. Since November 8, the Trump Organization has seen unexpected progress on projects in multiple countries, including not only China but also Argentina and Georgia, where long-stalled developments both began moving forward in November. Though it remains unclear whether any of these actions were specifically meant to influence Trump, the cumulative effect suggests that international offshoots of the Trump brand are benefiting from the Trump presidency.”

“President Donald Trump still has not taken the necessary steps to distance himself from his businesses while in office. In accordance with a plan that he and one of his lawyers, Sheri Dillon, laid out at a press conference on January 11, Trump has filed paperwork to remove himself from the day-to-day operation of his eponymous organization. However, numerous ethics experts have voiced strenuous objections to the plan, which they say does very little to resolve the issue: As long as Trump continues to profit from his business empire—which he does whether or not he is nominally in charge—they say, the possibility that outside actors will attempt to affect his policies by plumping up his pocketbook will remain very much in play.”

“Several of Trump’s critics have moved forward with legal action. The watchdog group Citizens for Responsibility and Ethics in Washington, or CREW, filed a lawsuit alleging that Trump’s business holdings violate the Emoluments Clause of the Constitution, which makes it illegal for government officials to “accept of any present, Emolument, Office, or Title, of any kind whatever, from any King, Prince, or foreign State.” CREW’s bipartisan legal team includes, among others, Norm Eisen and Richard Painter, who served as ethics lawyers under Presidents Obama and George W. Bush, respectively; Laurence Tribe, a constitutional law professor at Harvard University; and Zephyr Teachout, a professor at Fordham University (and former congressional candidate) who is considered an authority on the Emoluments Clause.”

“All have been vocally critical of Trump’s continued refusal to sell off his business, and are now taking their case to court to argue that several of Trump’s businesses present avenues by which foreign governments could seek to influence the president by, for example, booking stays at one of his hotels or renting space at one of his properties. Additionally, the lawsuit seeks to force Trump to reveal his tax returns, something every president has done since Gerald Ford but which Trump has refused to do, significantly limiting the public’s ability to understand the president’s finances.”

“(CREW has also filed a separate complaint to the General Services Administration arguing that Trump has violated the lease on his Washington, D.C. hotel, which states that “no … elected official of the Government of the United States … shall be admitted to any share or part of this Lease, or to any benefit that may arise therefrom.”)Though CREW is the first group to bring a lawsuit against President Trump, it may soon have company.

According to The New York Times, Anthony Romero, the executive director of the American Civil Liberties Union, has said that his organization is looking for a plaintiff to sue Trump for violating the Emoluments Clause, although with a different claim to legal standing: While CREW intends to demonstrate that the group itself has suffered financial harm because the need to focus on the Emoluments Clause has diverted its resources away from other worthy causes, the ACLU is hoping to find a hotel or bed-and-breakfast owner that can prove he or she has lost business to one of Trump’s hotels during his presidency.”

“CREW’s lawsuit is just the latest development in what promises to be a continuing saga regarding Trump’s many conflicts of interest that began almost as soon as he won the presidency. Along with his unprecedented wealth, Trump brings to the office unique and gravely concerning entanglements that, whether he recognizes their effects or not, threaten to undermine his decision-making as president. The plan Trump and Dillon announced on January 11  would do very little to resolve the conflicts: It places control of his assets in the hands of his two adult sons and a longtime associate of their father’s with what so far amounts to a pinky-swear assurance that, despite their proximity to the president, they will not discuss any aspect of the business with him.”

“On top of that, the plan supposedly would terminate several of the Trump Organization’s pending deals and place a ban on new foreign deals, two conditions undermined by the announcement that the organization would be moving forward with expanding its golf course in Aberdeen, Scotland.”
“Even before his most recent plan was laid out, Trump has attempted to deflect criticism by  repeatedly asserting that the law barring executive-branch officials from maintaining financial holdings or business ties that overlap with their duties does not apply to the president or vice president. In this, he is correct; the law, passed in 1989, exempts the two chief executives from conflict-of-interest rules on the understanding that their purview is so broad that it would be impossible for them to completely disentangle themselves.
Regardless, legality does not imply propriety. Unless Trump acts to put actual distance between himself and his business ventures, these questions are likely to continue throughout his time in the Oval Office.” 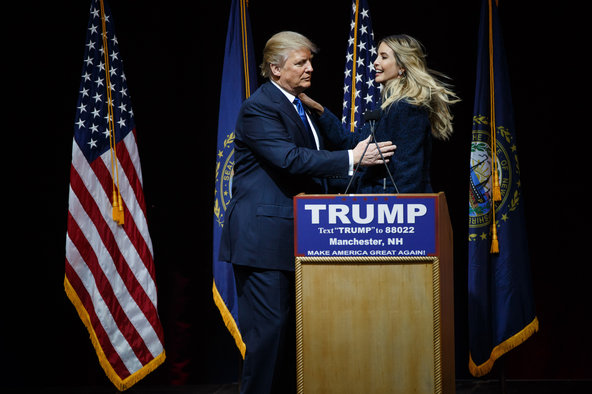 “Below is an attempt to catalogue the more clear-cut examples of conflicts of interest that have emerged so far. The most recent entries appear at the top:”