aside Of Course, The President Is Inciting Violence Against Reporters

Dear Readers, Let’s get real. When the comedian Kathy Griffin made a joke that portrayed violence against the republican President President Donald Trump, she was fired by CNN. Kathy Griffin apologized profusely over her tasteless joke. When three reporters from CNN posted an article which had not been adequately vetted, they were fired and CNN printed a retraction.

This past week, President Donald Trump personally tweeted a crude, unprofessional tweet against the MSNBC Morning Joe TV Show’s Mika Brzezinski because the previous morning, Mika commented on the fake Time Magazine covers with the president’s photo on it which were prominently displayed in various locations.

…to Mar-a-Lago 3 nights in a row around New Year’s Eve, and insisted on joining me. She was bleeding badly from a face-lift. I said no!

Even after all the above the republican lawmakers have been reticent and weak in their criticisms of the president’s behaviors while the president’s surrogates are defending his lack of decorum.

And this is post the mid June shooting at a practice base ball game where US Congress representative, Steve Scalise and others were shot by a man motivated by politics to act out with violence. Lawmakers from both sides of the aisle appeared to want to tone down the ugly partisan rhetoric.

But now, the president has stepped over the line by inciting violence in a video he tweeted on Sunday morning, July 2, 2017 where he depicts himself as a WWE wrestler punching a man depicted as CNN reporter.

“On Sunday morning the president’s personal Twitter account, which has 33 million followers, posted a 28-second video of a WWE broadcast. The video was edited to show Trump beating up a man with a CNN logo on his face.”

“Before becoming president, Trump sometimes appeared at WWE matches and occasionally joined in the fighting. So it was relatively easy for someone to tweak the old video and superimpose the CNN logo onto the other fighter’s face.”

“Who edited the anti-CNN video? There was no immediate answer, but a version of the video appeared on a pro-Trump Reddit thread several days ago.”

“The CNN public relations department responded to the president with a tweet that quoted his own deputy press secretary Sarah Huckabee Sanders.”

“Three days ago Sanders said: “The President in no way form or fashion has ever promoted or encouraged violence. If anything, quite the contrary.”

In a statement, CNN said called it a “sad day when the President of the United States encourages violence against reporters.”

“Clearly, Sarah Huckabee Sanders lied when she said the President had never done so,” CNN’s statement continued. “Instead of preparing for his overseas trip, his first meeting with Vladimir Putin, ‎dealing with North Korea and working on his health care bill, he is instead involved in juvenile behavior far below the dignity of his office. We will keep doing our jobs. He should start doing his.”

This is nothing new...

“If you beat up a protester at Trump’s rally, he’ll cover your legal fees.”

“After receiving a notice from his security that someone might be planning to throw tomatoes at him (again), Trump told his supporters to “knock the crap out of them … I promise you, I will pay for the legal fees.” The crowd vociferously cheered him on.”

“This isn’t the first time Trump has condoned violence—last year he told Fox News that a Black Lives Matter activist who got attacked at his rally “should have been roughed up.” Say what you will about George W. Bush, but when confronted with a projectile all he did was duck.”

On May 25, 2017, Richard Wolfe of the Guardian penned the following report, “Make no mistake: Donald Trump has fueled violence against journalists.”

“How did we get to this point? When did our public standards fall so low that charges of physical assault were met with the sound of crickets across the Republican side of Congress?”

“The assault charge now standing against Montana’s congressional candidate Greg Gianforte is itself a disqualifying moment for anyone attempting to enter elected office. (He has been sentenced to community service, a $385 fine and 20 hours of sessions for anger management after pleading guilty and he will keep his job even though he slammed MMA style, the reporter Ben Jacobs to the ground for asking a question the night before he won the election.) 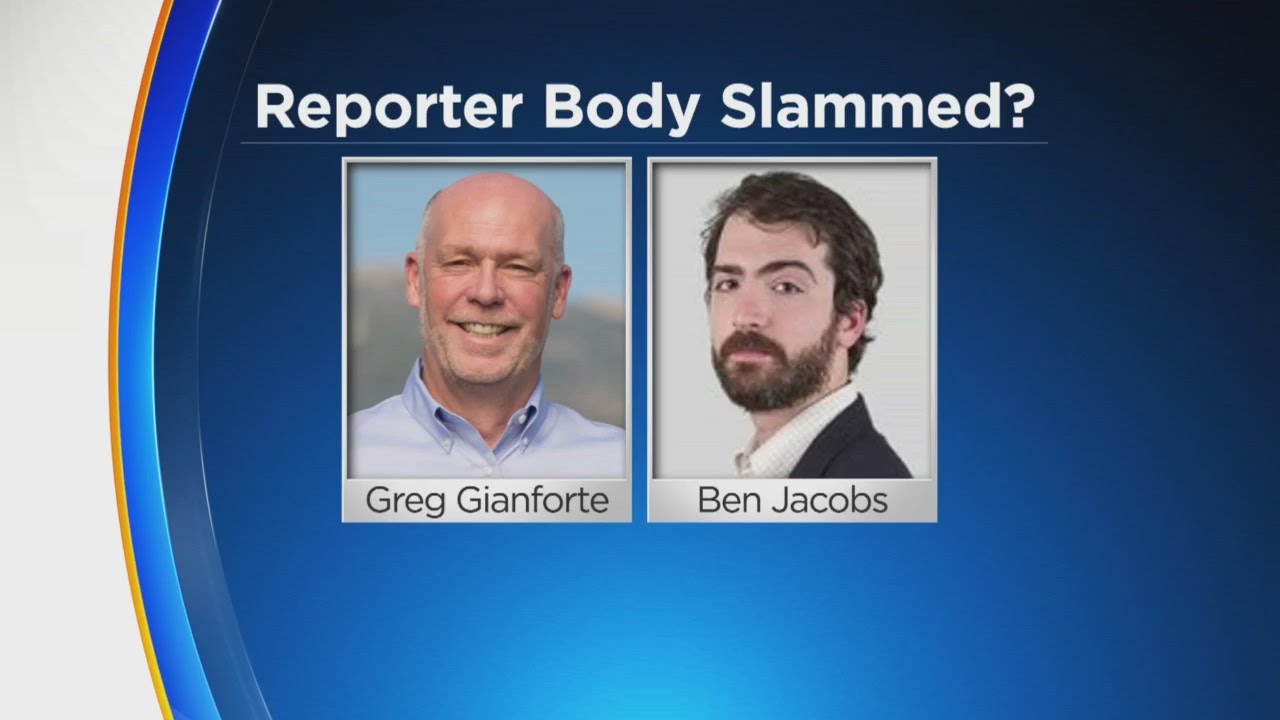 “But there’s something even more poisonous that threatens our politics today, and it has spread far beyond Montana.”

“You can trace back the decline in our politics to a single campaign and a single candidate, who riled up his crowds to turn on the press and hurl abuse in their direction.”

“That’s the same candidate who longed for the days when he could punch protesters in the face. Sure enough, his supporters ended up punching people in the face.”

“Fortunately the rule of law still endures in the courts, where a Kentucky judge recently denied the candidate’s claims that he was just exercising his rights to free speech and couldn’t be sued for inciting violence.”

“The candidate is of course now president of the United States, who calls the media “the enemy of the American people.” 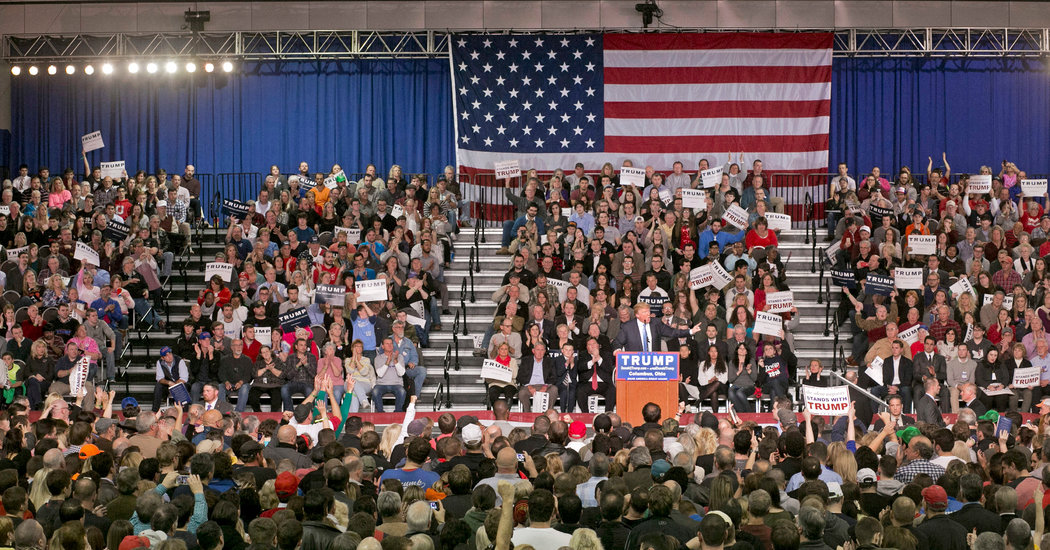 This is not a small development in the long history of shocking Trumpisms.

“You don’t need to take the Guardian’s word for it. Here’s the opinion of William McRaven, the former special ops commander and architect of the raid that killed Osama bin Laden: “This sentiment may be the greatest threat to democracy in my lifetime,” he told journalism students at the University of Texas earlier this year.”

“Yes, journalists are important. So important that the founding fathers cited the freedom of the press in the first amendment to the constitution. At the start of the Bill of Rights, it’s sandwiched between the freedom of religion and the right to petition the government.” 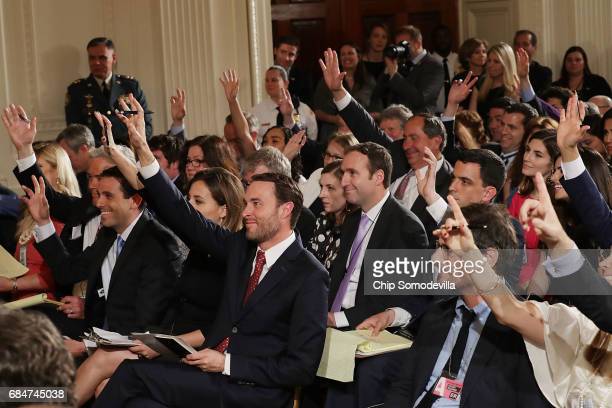 “Journalism is so important that the Massachusetts constitution says this: “The liberty of the press is essential to the security of freedom in a state: it ought not, therefore, to be restrained in this commonwealth.”

“It’s needless to say this, but given recent events, it’s also sadly necessary. Public threats and violence towards journalists – whether from candidates or elected officials – are clearly an attempt to restrain the press. And if you restrain the press from asking questions, you are restraining the people from asking the same questions of their own government.”