aside Conservative State Of Texas Is Saying No To Mass Incarceration

There is the republican President Donald Trump’s Attorney General Jeff Sessions who is a throw back to the past into what it means to be “tough on crime” with the continuation of mass incarceration, etc., which are being challenged by conservative states like Texas which are doing away with this antiquated, expensive and ineffective crime fighting methods. And this is with the State of Texas which does not have a reputation for being easy on crime, nor for its humane practices towards prison inmates.

And not only is the State of Texas saving monies, bigly but crime rates are lower.

Still, this year (2017) Texas lawmakers rejected proposals to reduce drug offense penalties and to keep 17-year-olds in the juvenile justice system, as other states do. But a lot of the savings due to the shutting down of prisons is now being used to provide more drug rehabilitation services and mental health assistance. 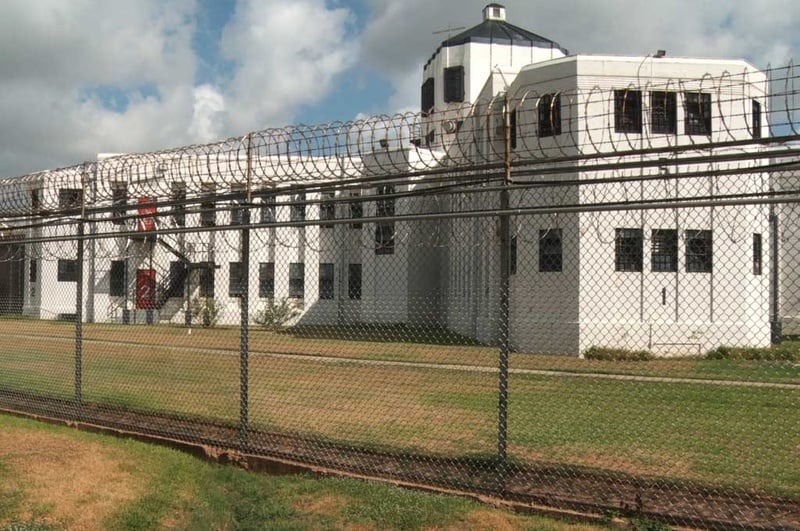 “Texas will shutter more prisons this year than it has in any single year in history, a response to the state’s tight budget and shrinking inmate population.”

“In the state’s two-year budget, which lawmakers approved in May (2017), the Texas Department of Criminal Justice was ordered to close four prison facilities by Sept. 1. When all four are closed, tough-on-crime Texas will have shuttered eight prisons in just six years.”

“Criminal justice reform advocates, agency officials and lawmakers say the closings are possible because of a combination of factors, including falling crime rates and legislative efforts to reduce the number of people who spend time behind bars.”

“This is something we have done incrementally over the last decade,” said Derek Cohen, deputy director at the Center for Effective Justice at the right-leaning Texas Public Policy Foundation. “We’re not any less safe publicly for that.”

“The drop in Texas’ prison population began around 2007, when lawmakers were faced with an expensive decision. The state had spent decades and millions of dollars building hulking prison edifices across rural Texas. Tens of thousands of cells were quickly filling, and without changing the way Texas operated its criminal justice system, the state would soon be forced to spend millions more to house a burgeoning inmate population.”

“A state known for its lock-’em-up-and-throw-away-the-key approach to crime began to shift its approach. Instead of erecting more massive prisons, lawmakers invested in diversion programs to help troubled Texans get back on track and avoid incarceration. They spent more on initiatives to provide services to people whose mental illnesses landed them crosswise with the law. Lawmakers in 2015 updated a decades-old property crime punishment scheme that had resulted in felony punishments for thieves who had stolen penny-ante items.”

“At the same time, crime rates fell across the state. Texas Department of Public Safety data shows that crime rates have fallen each year since at least 2012. The overall crime rate in Texas fell nearly 6 percent from 2013 to 2014. And it dropped another 4.7 percent the following year.”

“Texas closed its first prison in 2011 after much hand-wringing. The Central Unit was a 79-year-old, sprawling behemoth on valuable land in the growing Houston suburb of Sugar Land. The prison population had begun to fall already, dropping 8 percent from 2004 to 2011. Legislators were facing a budget shortfall of up to $27 billion, and closing the Central Unit could save them about $50 million over two years. For the first time in Texas history, it made political and fiscal sense to close a prison.”

“It turned out, lawmakers were just getting started.”

“As the closings continued, inmate population continued to drop, from 156,000 in 2011 to about 146,000 today, according to department spokesman Jason Clark.”

“The agency has become expert in the complicated human shuffling that’s required when a prison unit shutters. Inmates are moved to other facilities, staff are reassigned to nearby units if possible and equipment is repurposed where needed.” “The four units the agency will close this year are the Ware Unit in Colorado City, the Bridgeport Pre-Parole Transfer Facility, the West Texas Intermediate Sanction Facility in Brownfield and the Bartlett State Jail. The department owns the Ware and Bartlett facilities, and they’ll be mothballed in case they’re needed. The West Texas and Bridgeport units are privately owned and operated, which means the department will simply not renew the state’s contracts with the companies that run those lockups.”

Three of the four units have closed, and the fourth will cease operations well before the Sept. 1 deadline, Clark said. Inmates will be transferred to nearby facilities, and corrections agency staff will be offered jobs at other units. Clark said the shuffling will help alleviate staff shortages at some of the rural prisons where finding employees has long been a challenge.

Altogether, the state will eliminate more than 2,000 beds by closing the four units. The Legislative Budget Board anticipates the closures will save the state some $49.5 million.

It’s unclear, though, whether the shuttering trend will continue in Texas. “Lawmakers this year did not approve any changes that criminal justice reform advocates said would keep the prison population on the decline. Among the measures lawmakers rejected were proposals to reduce drug offense penalties and to keep 17-year-olds in the juvenile justice system, as most states do, instead of sending them to adult prisons.”

“White said he doesn’t have a crystal ball to show him the future, but he is nonetheless confident that the downward trend in prison population will continue.”

“If we can keep the economy growing, if we can make sure we’re giving people at least adequate-type educational opportunities, there’s no reason why we can’t continue this trend,” he said.”