There are only too many women who have resorted to an anger binge eating feast in response to one of the republican President Donald Trump’s latest fubar. The latest incident involves the president daring  to equate the haters like White supremacists with those who oppose them after a recent White supremacists’ rally being held in Charlottesville, VA.

BELOW IS A TINA FEY SKIT DEMONSTRATING THIS PHENOMENON.

On August 18, 2017, Erik Oritz of NBC was kind enough to post the latest Tina Fey skit, “Tina Fey, an ‘SNL’ and UVA Alum, Urges Protesting With Cake on ‘Weekend Update.”

“Former “Saturday Night Live” star and writer Tina Fey paid tribute to her alma mater, the University of Virginia, on television Thursday night, saying it “broke my heart to see these evil forces descend on Charlottesville.”

“Instead of protesting at any of the white nationalist- and alt-right-related rallies that might take place this weekend, she said, stay home — and devour an entire cake.”

“Don’t yell it at the Klan, Colin,” Fey said to “Weekend Update” co-anchor Colin Jost. “Yell it into the cake.”

She added that “sheet caking is a grassroots movement.”

“Most of the women I know have been doing it once a week since the election,” she joked.

Fey, a 1992 graduate of UVA, wore her school sweatshirt as she stuffed her mouth with cake — which she advised buying from a Jewish- or African-American-run bakery.

“Tina Fey” and the hashtags #sheetcaking and #sheetcakemovement began trending on Twitter after her food-filled rant aired. 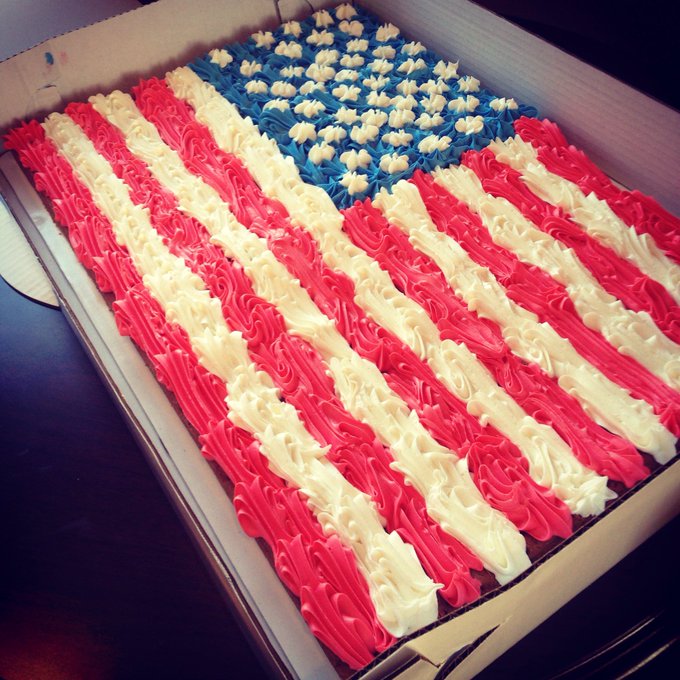 I support Tina Fey’s new #sheetcaking protest movement. A sheet cake a week will only bring more love to the world. 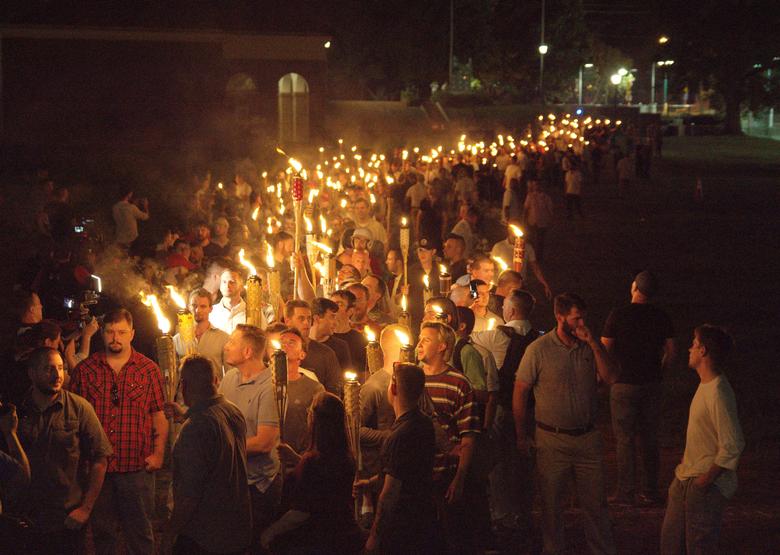 “I’m feeling sick because, you know, I have seen ‘Raiders of the Lost Ark,’ and I wasn’t confused by it,” she said. “Nazis are always bad, I don’t care what you say.”

“The University of Virginia’s Charlottesville campus has been caught in the firestorm of racial tensions after white nationals and white supremacists rallied there a week ago — leading to deadly violence — in protest to the city’s planned removal of a Confederate statue.”

“Fey had advice for those wanting to counter-protest.”

“In conclusion, I want to say to encourage all good, sane Americans to treat these rallies this weekend like the opening of a thoughtful movie with 2 female leads: Don’t show up,” she quipped. “Let these morons scream into the empty air.”