Until this past week, I had been unaware of this “Antifa” Group which does exist and which claims to be ant-Facist organization.
It is my opinion that the White nationalists’ scheduled rally held on August 19, 2017 In Boston, MA. where a few hate group members were outnumbered by 20,000 counter protesters will be the model for cities allowing for future protests. To mitigate any harm from violence, the police had confiscated all items that could be used as weapons, even flags. No one was seriously harmed but there were 27 arrests. This made for a boring protest for the media to cover.

Here’s some information about this “Antifa” group provided by an August 14, 2017 Time Magazine article, “What Is Antifa? Anti-Facist Protesters Draw Attention After Charlottesville,” by Katy Steinmetz.

“The violent clash on the streets of Charlottesville, Va., that left one woman dead drew attention to white nationalist groups that organized to protest the removal of a statue of Confederate Gen. Robert E. Lee. But it also cast a spotlight on groups of counter-protesters who came out to oppose the rally on Aug. 12.”

“While many of those who opposed the white nationalists were affiliated with mainstream organizations or there on their own behalf, a small number belonged to the so-called “antifa” movement that opposes extreme conservative ideologies.

“President Trump’s much-criticized initial statement that “hatred, bigotry and violence” in Charlottesville came from “many sides” may have been an allusion to their presence.”

Here’s what you need to know about the movement.

What does “antifa” mean?

“Antifa is short for anti-fascist. So what is a fascist? A textbook definition would be someone who is aggressively supportive of their nation and who may believe one race is superior to others. In the past, fascist regimes have been led by dictators with “complete power” that forced conformity to a particular viewpoint. Though the word comes from a political movement that began in Italy following the First World War, the word fascist has been used more broadly since then to describe intolerant and oppressive behavior. Anti-fascists have been around about as long as fascists have.”

What do antifa groups oppose these days?

“There’s not one set answer. Anti-fascist groups have long protested globalization in Europe. These days in the U.S., antifa protestors are often bound by an opposition to capitalism. Some may also describe themselves as anarchists, people who question authority on principle.”

“Here is how one self-described antifa activist explained the label to TIME: “The standard for antifa ideology is anti-capitalism, anti-fascism of course. Those are kind of the two main pillars, but within that, encompassed, it also comes with being anti-racism, anti-sexism, anti-ableism, anti-transphobia, anything like that and just protecting people who are marginalized and oppressed.” Another said that antifa activists are simply “going against this idea that a certain group of elite get to have control over everybody else.” 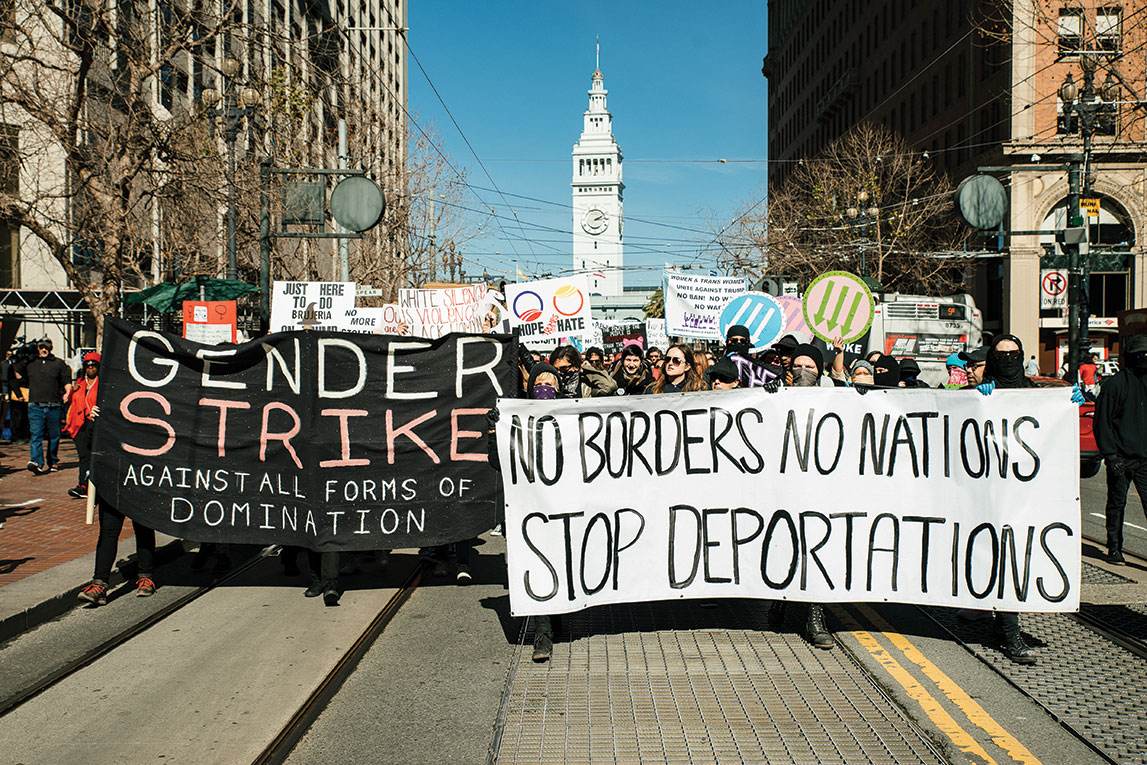 Being against oppression doesn’t seem extreme. Why are these groups controversial?

“In the name of fighting for those ideals — and putting a stop to “hate speech”—some antifa protestors will employ militant tactics or violent means such as vandalism. That happened at President Trump’s inauguration, where protesters busted out limousine windows. Later in the spring, antifa protesters in Berkeley, Calif., opposed a speech by right wing provocateur Milo Yiannopoulos by breaking windows and starting fires, causing more than $100,000 of property damage. Some antifascist activists say that the media has sensationalized them by focusing such instances. And they point out that they have been targets of violence  themselves.”

Is there an official antifa group?

“No, there’s no antifa headquarters. And a person could describe themselves as antifa without being a member of any particular group. The antifa movement is a loose and informal one. But the label is becoming more visible, showing up in graffiti on college campuses and forums for grassroots organizers online. Some groups that identify as anti-fascist say they’ve seen upticks in interest since the alt-right has gained momentum following the election because people feel that “you have to pick a side,” as the national chair of a group called By Any Means Necessary put it.”

What’s with the black clothing?

“Groups that identify as antifa may use a technique known as black bloc, which involves wearing black clothing and items like bandanas that shield one’s face—outfits that help people stay anonymous in a crowd. There can be philosophical reasons behind this, like a belief that hierarchies are bad and that remaining anonymous helps keep one’s ego in check. There are also practical reasons, like hiding one’s identity from protesters on the other side (who might dox people they disagree with) or from police and cameras.”

Why are people talking about antifa and free speech?

‘Groups on the right have used events like the protest in Berkeley to paint antifa protestors as being out of control and acting as enemies of free speech, because they have mobilized in order to “shut down” speech that they disagree with. Politicians on the right and left have both criticized such tactics. In turn, antifa activists have argued that certain types of speech are themselves violent or bound to cause violence if they are uttered in the public sphere. They have also said that alt-right groups are using the words “free speech” as cover for spreading racist and bigoted ideologies.”

“Trump condemned such notions on Monday (8/14/17), after days of pressure to speak out more forcefully following the death in Charlottesville. “Racism is evil and those who cause violence in its name are criminals and thugs,” Trump said, “including the KKK, neo-Nazis, white supremacists and other hate groups.”

Revulsion, fear, and rage against hate groups like White supremacists, White nationalists, and neo-Nazis are understandable. But one thing is TRUE. Any left leaning group preventing Republicans from safely assembling on the streets of any city may consider themselves fierce opponents of the authoritarianism growing on the American right but in truth, however, they are its unlikeliest allies.