What has been happening in Saudi Arabia over the weekend of November 4, 2017 makes “Game of Thrones” look like a Sunday picnic. To say that the favored Crown Prince Mohammed Bin Salman has been busy consolidating power would be a major understatement. Serious potential contenders for the crown prince’s planned ascendancy to the throne of the King found themselves killed in an helicopter crash on Sunday (11/5/17.) Other possible rivals were removed from important posts and many others were arrested and confined to the local Ritz-Carlton Hotel. I wonder if they are allowed to order room service?

No one is certain as to why these moves were executed within a couple of days, The rumors have it, that there may have been a coup in the works which needed to be squashed. 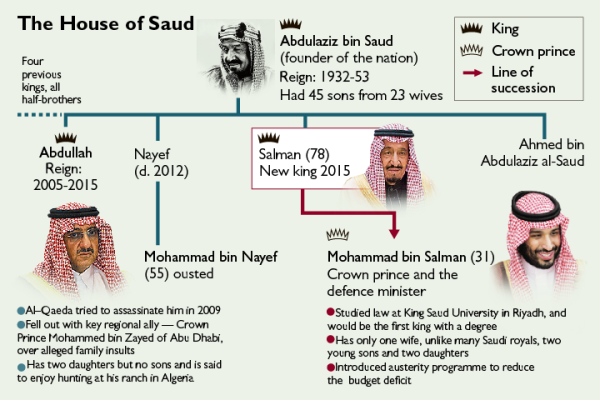 What I find interesting is that the republican President Donald Trump’s Senior Adviser and Son-in-Law Jared Kushner traveled incognito to Saudi Arabia around October 25, 2017 and he returned back home on the evening of October 28, 2017 which is less than a week prior to all the recent events in Saudi Arabia. Mr. Kushner and the crown prince are both in their early 30’s to where it is very possible that they have developed a friendship.

It is important to note that the actions taken by Crown Prince Mohammed Bin Salem have the approval of the White House.

On November 6, 2017, Elliott Abrams for the New York Times penned the following report, ‘Game of Thrones’ Comes to Saudi Arabia.”

Elliott Abrams, a senior fellow for Middle Eastern studies at the Council on Foreign Relations, was a deputy national security adviser under President George W. Bush. His is the author of “Realism and Democracy: American Foreign Policy after the Arab Spring.”

Over the weekend, the crown prince of Saudi Arabia announced the arrests of 11 of his princely cousins, among them some of the kingdom’s most prominent businessmen; he also announced several dramatic changes to top government ministries, including the creation of a powerful new anticorruption committee. Why? Was it a coup? The response to a failed coup? Some kind of purge? 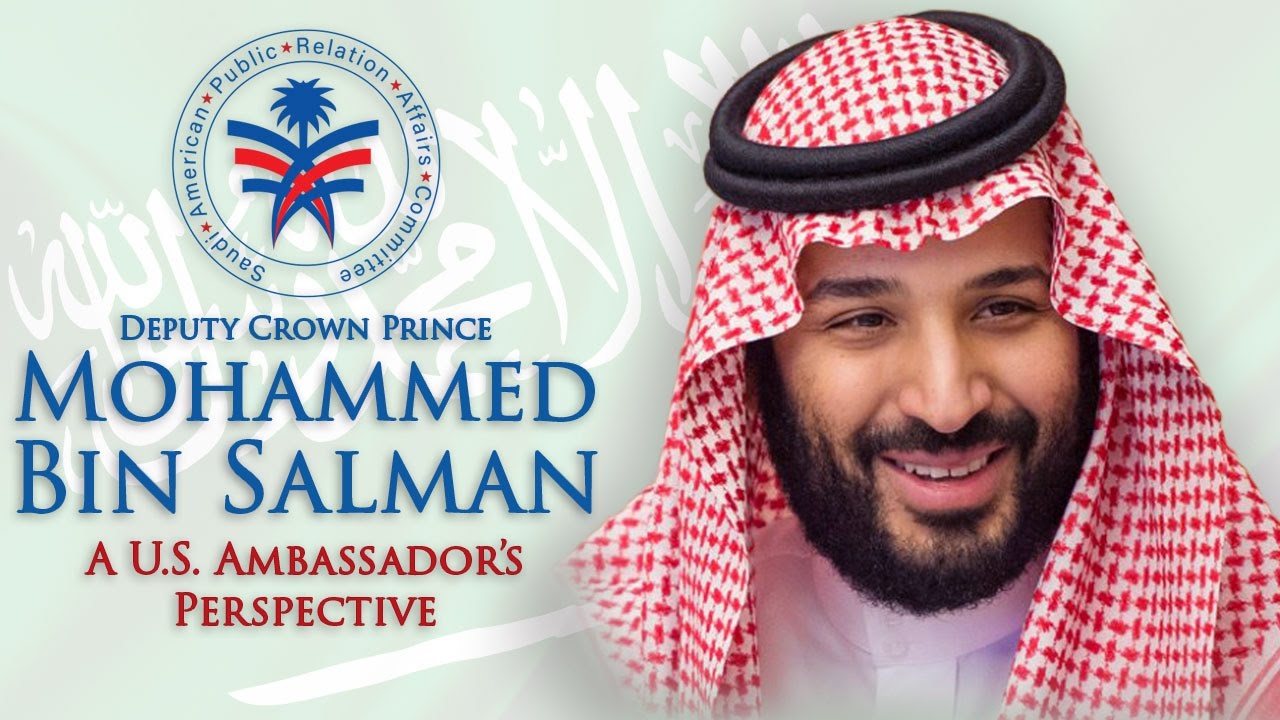 The background to these events is the continuing centralization of power in the hands of the crown prince, Mohammed bin Salman, who is one of King Salman’s sons. Over the past two years he has taken over most of the key economic and security posts and has clearly emerged as the most important operator in the government. The crown prince is also deputy prime minister (under the king, who is also prime minister) and minister of defense. All this at the age of 32.

This steady seizure of power has given rise to resistance within and outside the royal family, and Mohammed bin Salman’s elevation to crown prince was not unanimously supported when the top royal princes met to approve it. In the Saudi system, power has been passed among the sons of the founder of the modern Saudi kingdom, known as Ibn Saud, since his death in 1953. That made the king more primus inter pares than absolute monarch. One king was removed by his brothers (Saud, in 1964), and the system has permitted fiefs: The late King Abdullah was head of the National Guard for decades, and his son Miteb bin Abdullah took it over after his death; the late Prince Nayef served as minister of interior for 37 years and his son came after him; the late Prince Sultan was minister of defense for nearly a half century, and his son Khalid was his deputy.”

“Crown Prince Mohammed is putting an end to all that, taking some of those posts himself and removing others from the seemingly permanent control of any one branch of the family. All power is going to his branch — to his father, himself and his own allies; one brother is now the new Saudi ambassador to the United States.”

“Among the most notable moves was the removal of Prince Miteb — son and close adviser of Salman’s predecessor, the late King Abdullah — as head of the National Guard. You don’t need to be addicted to “Game of Thrones” to see the logic in that move: don’t allow a potential rival to keep his hands on a major locus of military power in the kingdom. Similarly, the arrest of perhaps the kingdom’s richest man, the billionaire international investor Alwaleed bin Talal, will both clip his wings and send a message that no one is beyond reach.”

“It was possible to pass the post of king from brother to brother in order of age when there were only 36 brothers who lived to adulthood, and that is what the Saudis have been doing since 1953 until King Salman’s accession to the throne in 2015. It will not be possible to govern that way in Crown Prince Mohammed’s generation, where there are literally hundreds of eligible princes. He may wish to establish a single line of succession, including only the descendants of his father, King Salman. To do that will require raw power.”

“Recently I asked a Saudi friend why Salman chose Crown Prince Mohammed as his successor, given that he is not his oldest son. The answer: “The King thinks Mohammed is the toughest. He’ll pull the trigger when he needs to.” This weekend, he did just that.” 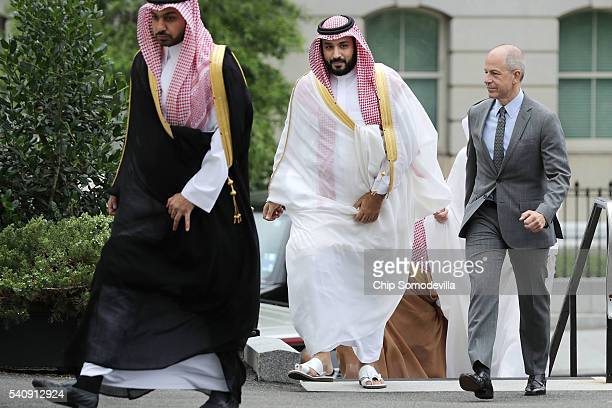 “But why take such rapid action rather than a slow and steady series of changes? The answer is not yet clear. Some Saudi watchers believe that a coup attempt was uncovered or had begun, and that Crown Prince Mohammed crushed it. All those suspected of being involved are now being purged. A helicopter crash on Sunday near the border with Yemen killed one Saudi prince and several other officials, leading some to speculate if this was truly an accident. Meanwhile those arrested are being detained at the Ritz-Carlton hotel in Riyadh. Only in Saudi Arabia could a Ritz-Carlton pass for a jail.”

“Another theory suggests that King Salman, who is 81 and reportedly not in the best of health, may soon abdicate, and Crown Prince Mohammed is acting now while his father is king by removing rivals and critics.” 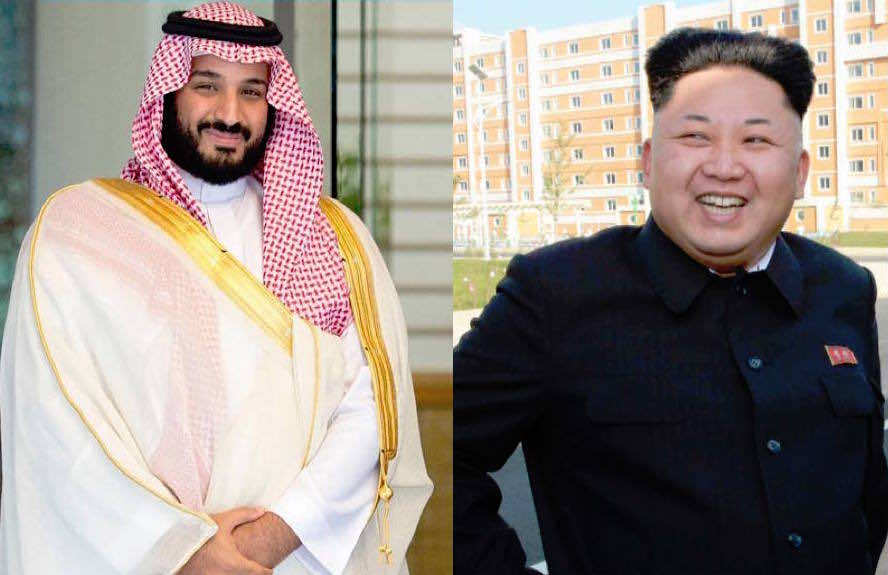 “Is this centralization of power a good thing for the United States, or even for Saudi Arabia? That question will best be answered retrospectively, in about a decade. What’s clear now, though, is that Crown Prince Mohammed has announced ambitious economic and social changes, from allowing women to drive and mix with men in sports stadiums, to selling off a part of the kingdom’s key asset, the Aramco oil company, to challenging the ideology of the Wahhabi clerics. He appears to believe that such moves require sheer power, both to overcome resistance and to move the kingdom’s poorly educated and youthful population (roughly half are under the age of 25) of 33 million into the 21st century.”

“Crown Prince Mohammed has spoken of a more modern Saudi Arabia, at least when it comes to the role of religion and the rights of women. Last month he called for “a moderate Islam open to the world and all religions.” But political liberalization is not in the cards. Indeed, a serious crackdown has been underway for the last two years, including lengthy prison terms for tweets that criticized the Saudi authorities. The message from the palace is clear: get on board or pay the price. That message applies not only to commoners, but to the entire royal family.”

“Few were in doubt about Crown Prince Mohammed’s ambition. Now there will be equal certainty about his determination. Those who think he’s going to fail, or hope he does, are on notice. This modernizer thinks the path forward is an absolute monarchy.”