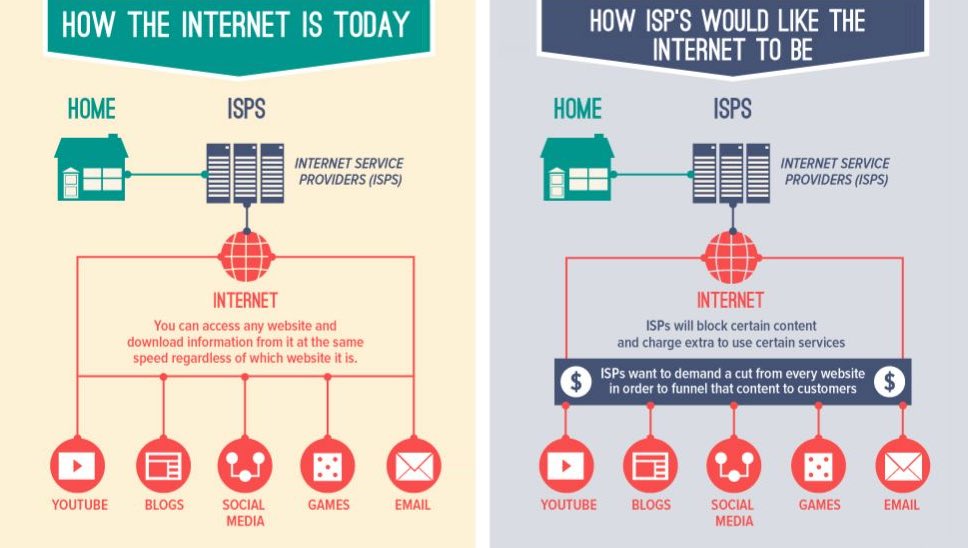 The major companies like Verizon, Comcast, AT&T and others claim that doing away with regulations won’t change how the peoples access the blogo-sphere but there is proof that these businesses are flim-flaming us with the assistance of the head of the FCC (Federal Communications Commission) Ajit Pai, a former Verizon executive. By December 14, 2017, the commission of 5 members (mostly republicans) plan do do away with “net neutrality” protections.

There is a required time period after there is an announcement for any FCC changes where the public can voice their opinions but even this was rigged. Thousands upon thousands of bots landed on the site drowning out the public’s ability to state their preferences. The New York Attorney General Eric Schneideman has filed suit to obtain the data on the bots from the FCC but the FCC is not cooperating. (Over 1.3 million anti-net neutrality FCC comments are likely fakes

Since Verizon is acting against my best interests as a consumer, I plan to protest against this company on December 7, 2017.  In addition, I am cancelling any contract for cell phone usage that I currently have with Verizon as of November 30, 2017.  I am planning to take advantage of whatever deals are available for Google (which is pro- “net neutrality” on Internet Monday shopping day (11/27/17).  Project Fi, Google’s no contract data plan – Google Store

Google Fiber has been rolled out to several US cities which is an alternative to current ISPs (Internet Provider Services like Time Warner Cable TWC, Charter Spectrum, Comcast, etc.) , but these plans have been put on hold because of financial restraints. Google Fiber – Wikipedia 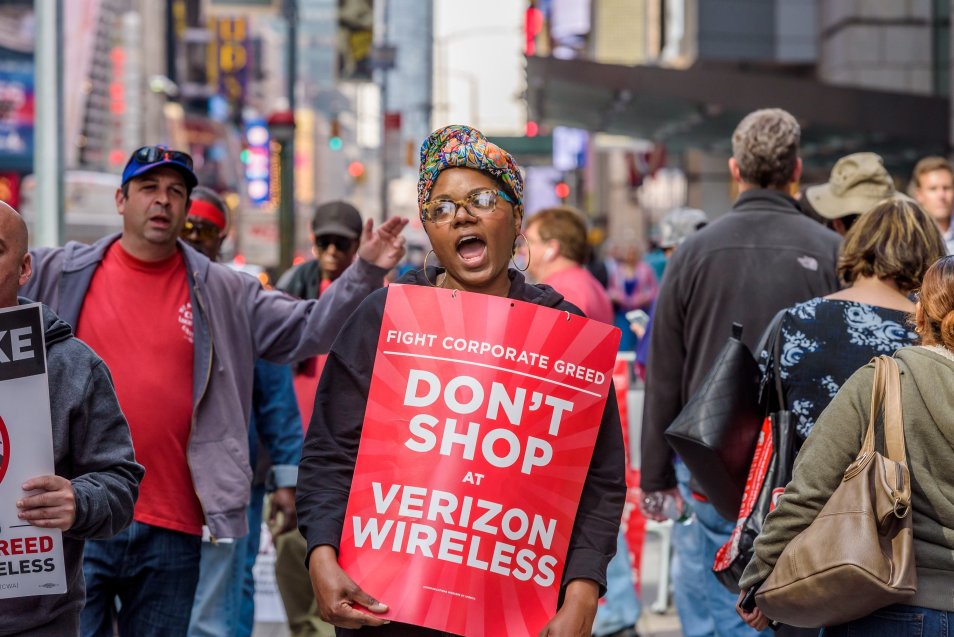 There’s nothing hypotethetical about what ISPs will do when net neutrality is eliminated. This was previously posted by /u/Skrattybones and then reposted by /u/jayesch and repost here:

2005 – Madison River Communications was blocking VOIP services. The FCC put a stop to it.

2005 – Comcast was denying access to p2p services without notifying customers.

2007-2009 – AT&T was having Skype and other VOIPs blocked because they didn’t like there was competition for their cellphones.

2011 – MetroPCS tried to block all streaming except youtube. (edit: they actually sued the FCC over this)

2011-2013, AT&T, Sprint, and Verizon were blocking access to Google Wallet because it competed with their bullshit. edit: this one happened literally months after the trio were busted collaborating with Google to block apps from the android marketplace

2012, Verizon was demanding google block tethering apps on android because it let owners avoid their $20 tethering fee. This was despite guaranteeing they wouldn’t do that as part of a winning bid on an airwaves auction. (edit: they were fined $1.25million over this)

2013, Verizon literally stated that the only thing stopping them from favoring some content providers over other providers were the net neutrality rules in place.

“The foundation of argument is that Net Neutrality is unnecessary because we’ve never had issues without it. I think this timeline shows just how crucial it really is to a free and open internet.” 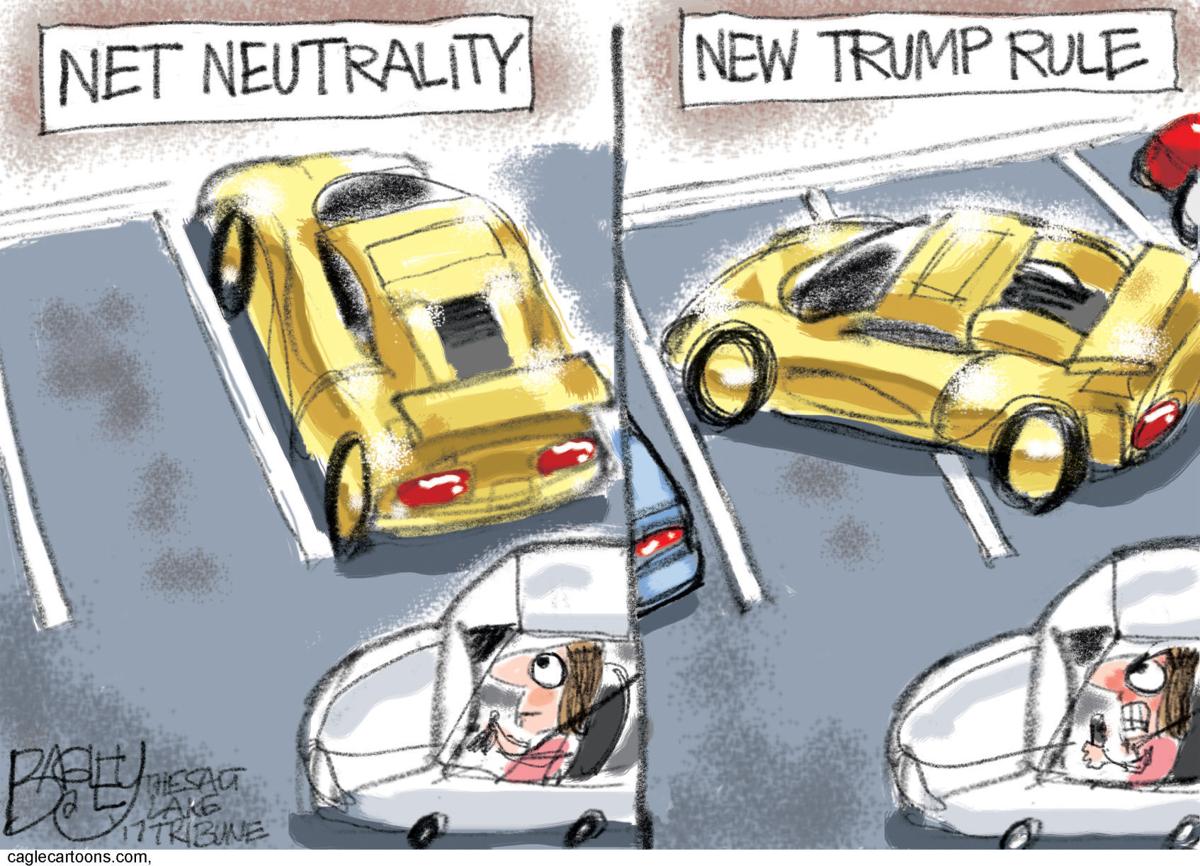 (Source for below: Imgur/ Webite packages from ISPs, It’s coming…by ILBRelic May 25) 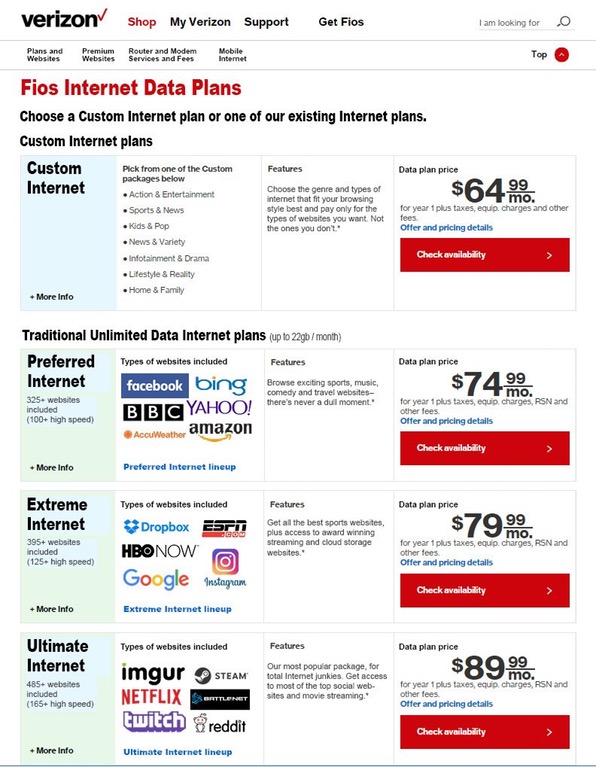 “2016, Netflix already has to pay ISPs to not fuck with their traffic to you. 2017, Time Warner Cable slowed down connections to League of Legends servers, while they were negotiating contracts with Riot in an effort to strong-arm Riot into paying TWC money. Spectrum ( bought TWC ) is now being sued by the state of New York over this.”

“Why ISPs are doing this More Than One in Five Households Has Dumped the Cable Goliath in 2016. That’s 24.6 million households that aren’t having to pay for the highest tier cable package to see the five channels they actually want to watch. That’s 49.2-ish million eyeballs that cable companies can’t use to get higher fees from channels for the privilege of being shown to their customers. Further reading Your normal ISPs are known as last mile carriers. They are the step between you and a backbone provider. The backbone provider runs huge trunks between major cities and is how you in New York can play with someone in LA. Oh hey look at this. On the top of r/technology right now is a source that states GOP leadership sent a “toolkit” (pdf) of talking points.”  ( Cable Industry Lobbyists Write Republican Talking Points on Net ...https://theintercept.com/2017/05/23/net-neutrality- 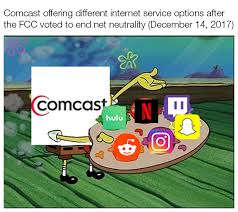 Link:  December 7, 2017 Net Neutrality Protests and easy ways to contact decision makers //(In all discussions with legislators, don’t forget to bring up the subject of being opposed to tax cuts for the rich which is just another wet kiss to the donor class.):  Join the Battle for Net Neutrality https://www.battleforthenet.com/So on December 7th we’re protesting outside Verizon retail stores across the U.S.A.