NOTE: ANY NEW READER, PLEASE DO NOT FOLLOW ME BECAUSE OF THIS POST’S BELOW PHOTOS AS THERE WILL NOT BE A REPEAT.

First, the initial accuser Leeann Tweeden is beyond gorgeous. I have no doubt that she did an outstanding job touring with USO to act as an MC for shows which I am sure did a lot of good for the morale for all of our soldiers serving abroad.

I am also supportive of her using her considerable assets to further her television/ entertainment business career. For me, this means that none of the below photos which beautifully portray her attractiveness would keep me from doubting her word about the story she has told about how she was assaulted by the democratic US Senator Al Franken from Minnesota during a 2006 USA tour to visit US soldiers in the Middle East, were it not for some other troubling facts. 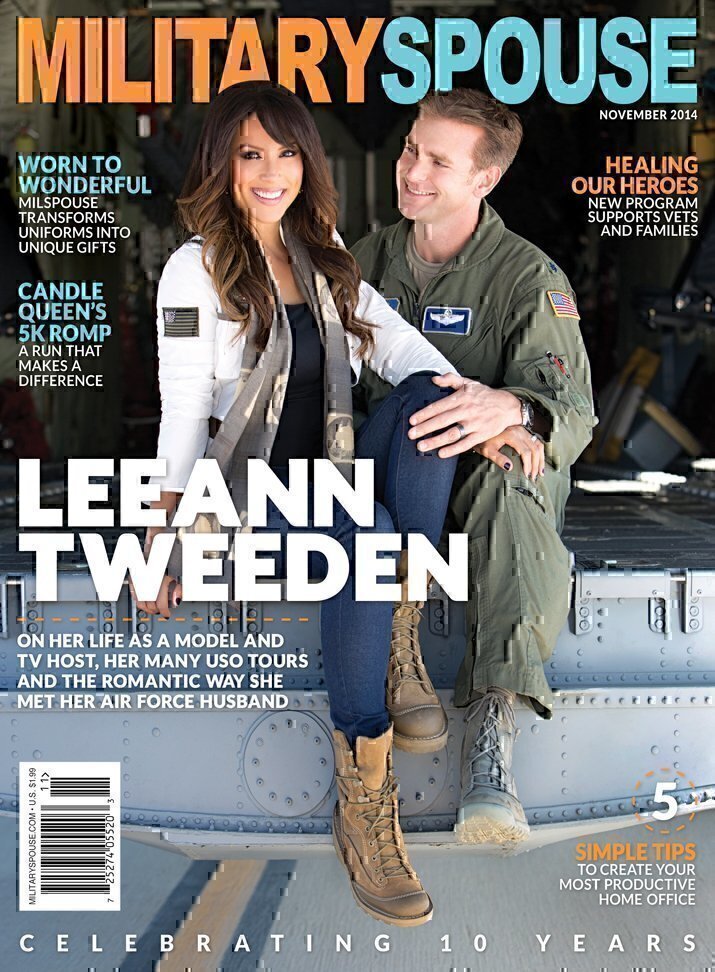 At the very least, the below photos demonstrate that there is the possibility that she could have been game / or not adverse to the concept of her participating in the damning photo as part of skit that could have been planned as a fantasy (NOT TO BE ACTED ON) for her military followers. This is what the photographer, Al Franken’s brother alleges. No, I would not take Al Franken’s  brother’s word at face value.

However, it does mean that I would rather have waited for the US Ethics committee members to do its investigation. Just as there is a difference between murder and shoplifting a piece of gum, sexual activity with a 14 year old is not the same as an unwanted pat on the butt. Contrary to Senator Gillibrand’s desire for -0- tolerance for any and all sexual inappropriateness, this conversation needs a sense of proportion. The standard should be a competent ethics board review for all those accused, including for President Donald J. Trump and possibly the future Senator Roy Moore.

As per a 12/7/17 AP report, here are key events related to allegations of sexual misconduct by Minnesota Democratic Sen. Al Franken:

A Los Angeles radio anchor accuses Franken of forcibly kissing her while they were rehearsing during a 2006 USO tour. KABC anchor Leeann Tweeden also made public a photo that shows Franken smiling, with his hands over her chest as if to grope her, as she slept. Franken, who was a comedian at the time, released a statement saying he remembered the alleged kiss differently and he felt “disgusted with myself” over the photo. He apologized to Tweeden and to the public, and said he would cooperate with a Senate Ethics Committee investigation.

Some of his fellow Democrats condemned his behavior, but most stopped short of calling for him to step down. The allegation came amid a tide of sexual harassment and assault allegations against powerful figures in politics, media and entertainment since claims against movie producer Harvey Weinstein became public in early October.

“Franken canceled a sold-out book festival appearance scheduled for Nov. 20, in Atlanta. He had been scheduled to speak and promote his book, “Al Franken, Giant of the Senate.” The senator misses votes on the Senate floor and stays out of the public eye for days.”

Several women who worked with Franken sign a statement supporting him.

“CNN reports that a second woman is claiming Franken acted inappropriately. Lindsay Menz told CNN that Franken put his hand on her buttocks in 2010 while posing for a picture at the Minnesota State Fair. Franken was a senator at the time. He told CNN in a statement that he didn’t remember taking the photo, but he feels badly that she felt disrespected.”

“Two women who remained anonymous allege that Franken touched their buttocks during events for his first campaign for Senate. The women told the Huffington Post that the events happened in Minneapolis in 2007 and 2008. Franken says in a statement: “It’s difficult to respond to anonymous accusers, and I don’t remember those campaign events.”

“Franken released expanded statements to the Star Tribune and Minnesota Public Radio saying he is a warm person who hugs people and has learned that “in some of those encounters, I crossed a line for some women — and I know that any number is too many.” He added that some women have found his embraces during greetings or photos inappropriate and he recognizes he needs to be more careful in those situations.”

“Franken tells a handful of Minnesota media outlets that he is “embarrassed and ashamed” amid allegations that he groped several women, but he looked forward to returning to work Monday and regaining voters’ trust. He says he was caught off-guard by the allegations against him.”

Franken returns to work and says he knows he “let a lot of people down.” He vowed to try to regain the public’s trust, but dismissed a question about a possible resignation. He again promises to cooperate with a Senate Ethics Committee investigation.

A fifth woman comes forward with an allegation. Army veteran Stephanie Kemplin, of Maineville, Ohio, tells CNN that Franken groped her during a USO Christmas tour in the Middle East in 2003. Kemplin, who was deployed to Kuwait at the time, said Franken cupped her right breast when she stood next to him for a photo. Franken’s office released a statement saying the senator takes thousands of photos and has never intentionally engaged in this kind of conduct.

A woman identified only as a former elected official in New England tells Jezebel that Franken attempted to give her a “wet, open-mouthed kiss” onstage at an event in 2006. The woman said she appeared on Franken’s radio show Air America and after the interview, she tried to shake his hand but he took it and leaned in for a kiss. She said she turned her head and he kissed her on the cheek.

A Senate Ethics panel announces it has opened a preliminary inquiry into Franken.

A seventh woman accuses Franken of sexual misconduct. According to Politico, the woman, a former Democratic congressional aide, said Franken tried to kiss her after a taping of his radio show in 2006. The woman, who wasn’t identified, says that after her boss left and she was collecting her belongings, Franken tried to kiss her, saying: “It’s my right as an entertainer.” Franken categorically denies the allegation, saying the idea he would claim such conduct as a right as an entertainer was “preposterous.”

A group of female Democratic senators, and some of their male colleagues, call upon Franken to resign. Within an hour, his office released a statement saying: “Senator Franken will be making an announcement tomorrow. More details to come.”

An eighth woman comes forward to tell Politico that Franken groped her while posing for a photo at a party to celebrate Barack Obama’s first inauguration as president. Tina Dupuy told the publication that Franken grabbed a handful of flesh around her waist and squeezed at least twice.

Franken announces he will resign in coming weeks. 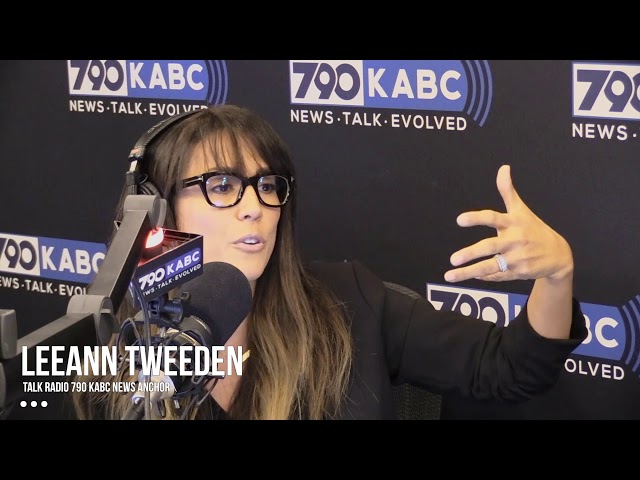 “Let’s just say Sen. Franken’s time in the barrel is about to come,” Stone told The Daily Caller over text early Thursday morning, hours before Leeann Tweeden came out with her claims.

Stone, a longtime political adviser to President Trump, is known for his “dirty tricks.” He did not elaborate to TheDC how he knew Tweeden was going to come out with her claims.

Leeann Tweeden, started out in the 1990s as a model, appearing in magazines such as Maxim, FHM and Playboy.

From 2002 to 2007, she was a regular cast member on Fox Sports Net’s “Best Damn Sports Show Period,” hosted by comedian Tom Arnold.

Later, she hosted late-night poker shows on NBC and an Ultimate Fighting Championship show on Fox Sports 1. She has appeared as a regular guest on “Dr. Drew” on HLN and “Hannity” on Fox News.

According to her Facebook page, she’s done 16 USO tours, including to Iraq and Afghanistan. Her husband serves in the California Air National Guard, and her father was an Air Force mechanic who served in Vietnam during the Vietnam War.

Tweeden, 44, grew up in Virginia. She lives in Los Angeles with her husband and two children. 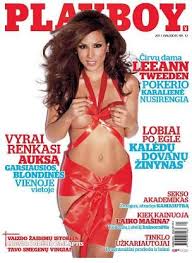 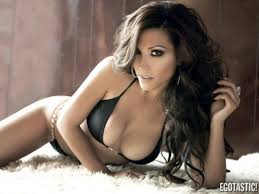 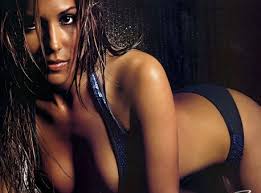