Dear Republicans, It is It is time for your party to stop resorting to cheating and start campaigning on the merit of your ideas. You don’t deserve the win, if you have to win elections by resorting to dirty tricks like gerrymandering/ dividing voting areas in states to guarantee republicans a win. (See: This is the best explanation of gerrymandering you will ever see / Washington Post/ 2015.)

In the case of North Carolina, on January 9, 2018, the the District Courts blocked its officials from rigging by gerrymander tactics, the 2018 elections in their favor. However, the legislative leaders will probably appeal to the U.S. Supreme Court. Within the NC General Assembly, it was the Republican Sen. Ralph Hise, who along with Rep. David Lewis who led in these redistricting efforts.

“For years, congressional elections in North Carolina have been completely noncompetitive. Republicans in the state legislature had rigged them with the most aggressive gerrymander in the country, packing Democrats together and spreading out Republicans to ensure the GOP would always win a majority of seats.”

“But advocates of fair congressional representation won an enormous victory in the Tar Heel State on Tuesday (1/9/18).”

“A district court sided with the League of Women Voters of North Carolina, who were represented by the Campaign Legal Center. In a 200-page ruling, the court found that the state’s congressional map is so partisan it violates the Constitution — and that a new, fair map must be drawn by Jan. 24.” 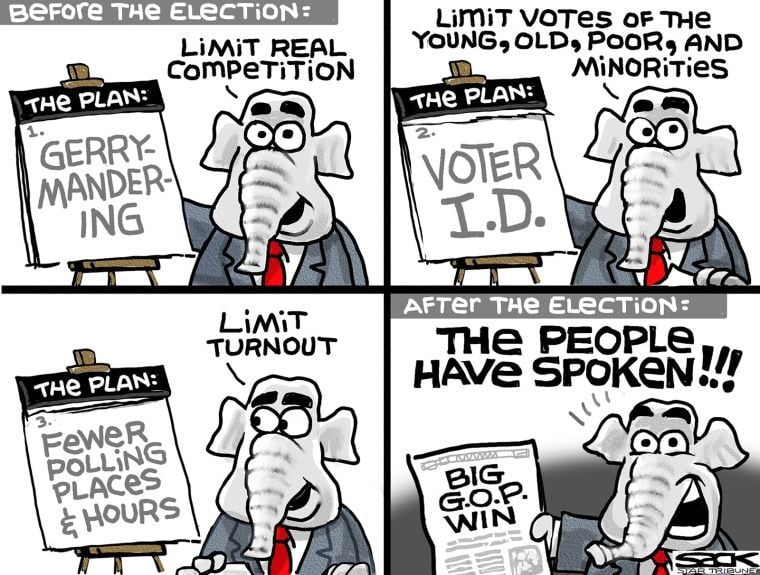 “Depending on the exact district lines of the new map, this decision could result in Democrats gaining 2 to 5 new seats in the 2018 midterm elections.”

“The map that the court struck down was itself drawn up in 2016 by Republicans in the NC General Assembly, after another series of federal court rulings — which were upheld by the Supreme Court — found that the previous GOP-drawn map was an unconstitutional racial gerrymander.”

“As the court opinion blisteringly points out, the second Republicans were told by the courts they could not pack voters in by race, they just openly switched to packing in voters by party:”

“Representative Lewis said that he “propose[d] that [the Committee] draw the maps to give a partisan advantage to 10 Republicans and 3 Democrats because [he] d[id] not believe it [would be] possible to draw a map with 11 Republicans and 2 Democrats.”

“Polls in NC show that even Republican voters think their legislature’s attempts to rig elections were too much.”

“All over the country, gerrymandering is being challenged. Virginia elected a Democratic governor who promised to veto any rigged map from Republican lawmakers. In Pennsylvania, the state courts are examining another such GOP scheme. And the Supreme Court is set to rule on a landmark case on the issue from Wisconsin.” 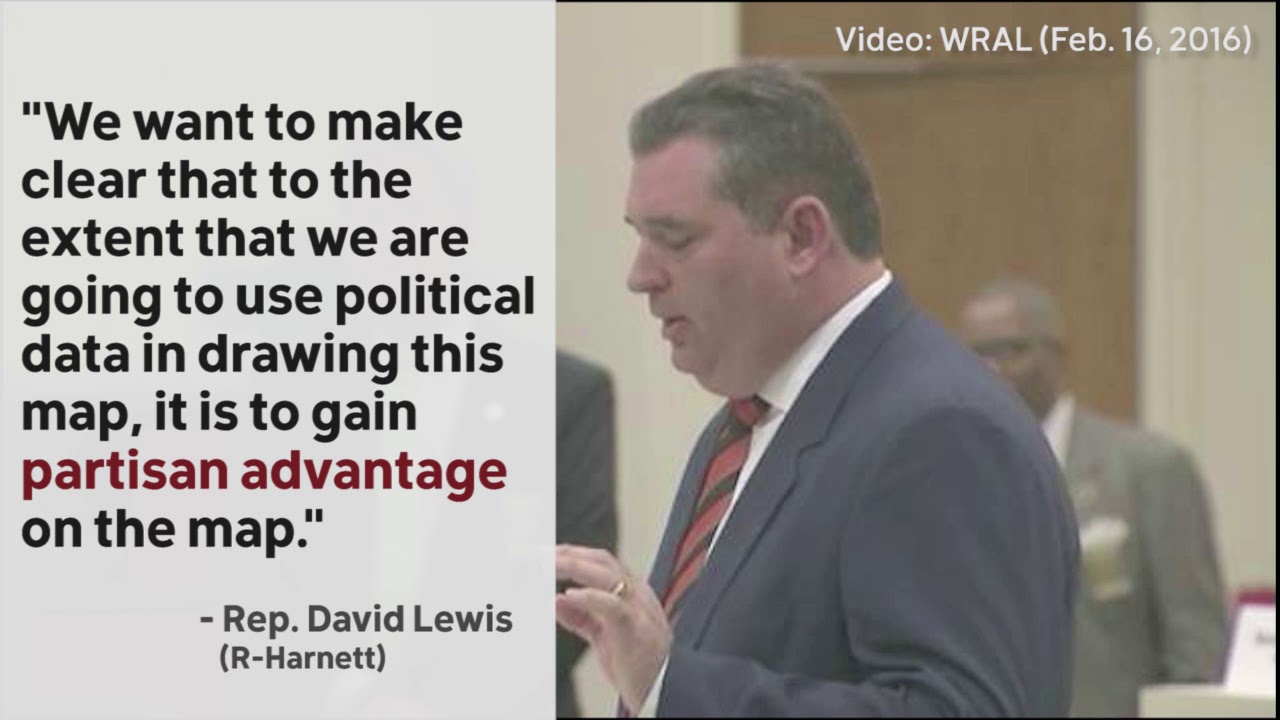 “The lawmakers, (Judge) Wynn wrote in the opinion for the majority, “do not dispute that the General Assembly intended for the 2016 Plan to favor supporters of Republican candidates and disfavor supporters of non-Republican candidates. Nor could they. The Republican-controlled NC General Assembly expressly directed the legislators and consultant responsible for drawing the 2016 Plan to rely on ‘political data’ — past election results specifying whether, and to what extent, particular voting districts had favored Republican or Democratic candidates, and therefore were likely to do so in the future — to draw a districting plan that would ensure Republican candidates would prevail in the vast majority of the state’s congressional districts.”

“During the legislative session in which the maps were drawn, Rep. David Lewis, a Harnett County Republican who has shepherded the state’s recent redistricting efforts, announced that the maps were drawn to give Republicans a large majority. Lewis made his comments after the federal court found congressional districts drawn in 2011 to include unconstitutional racial gerrymanders. In announcing the new maps, Republican lawmakers stated that the race of voters would not be considered in the design of the new districts.”

“I propose that we draw the maps to give a partisan advantage to 10 Republicans and three Democrats because I do not believe it’s possible to draw a map with eleven Republicans and two Democrats,” Lewis said at the time.

“At the time, the courts had allowed for some partisan consideration in redistricting, which happens every 10 years after the census shows population shifts. But voting rights organizations have pushed for changes to that, saying modern map-making technology has allowed candidates for elected office to choose their voters under new redistricting plans instead of letting voters choose who represents them.”

“The comment by Lewis has provided the underpinnings for a lawsuit that sets North Carolina apart from other partisan gerrymander challenges. The Wisconsin case before the Supreme Court relies more heavily on a proposed statistical formula called “the efficiency gap,” which counts the number of votes wasted when voters are shifted into districts where their votes won’t matter, either because their party’s candidate can’t win or is already sure to win.”

“The North Carolina challengers argue, like the challengers in Wisconsin, that the maps drawn discriminate against Democratic candidates and voters because of their political beliefs. They say the lawmakers who either “packed” them into a single district or “cracked” their district into multiple districts to weaken their influence are robbing them of free speech and equal protection rights because their opinions differ from the lawmakers in power.”

“Republicans contend that such arguments and formulas are not for the courts to decide – that redistricting is a legislative duty in North Carolina.”

“The lawmakers, (Judge) Wynn wrote, “do not argue – and have never argued – that the 2016 Plan’s intentional disfavoring of supporters of non-Republican candidates advances any democratic, constitutional, or public interest. Nor could they. Neither the Supreme Court nor any lower court has recognized any such interest furthered by partisan gerrymandering – ‘the drawing of legislative district lines to subordinate adherents of one political party and entrench a rival party in power.’”