aside How Does President Trump’s Economy Compare To That Of President Obama’s?

When the American public listens to the republican President Donald J. Trump braggadocio  about how the economy is booming under his watch with soaring stock prices, low unemployment numbers and an uptick in GDP numbers, they would never guess that the president’s economy is not measuring up to President Barack Obama’s performance in almost every other economic metric.

In addition, because of the republicans’ partisan 2017 “trickle down economics” tax cuts, and the US Congress republicans apparent intransigence in governing with compromise, that there are bound to be some economic hiccups in the president’s portrayal of the “best economic numbers” ever in the near future.

These same republicans forget the reasons that the republican President Ronald Reagan had to increase taxes 11 times after he and fellow republicans passed its 1981 trickle down economics tax cuts plan.

These tax increases came in the form of adjustments and corrections made over time to the 1981 tax cuts bill. Some of this was due to divided government and President Reagan’s administration having to work with Democrats. But, some was due to the realization that the budget deficits were too large and tax revenues were needed to pay for increased national defense spending. Also, President Ronald Reagan’s administration began to better understand (despite the rhetoric) that there was not just a bunch of waste that could be easily cut from the government.

“This Saturday (1/20/18) is the one year anniversary of President Donald Trump’s election. Over the past year, the stock market has boomed, GDP growth has improved and unemployment is at an almost 17-year low. However, job gains were lower than any of the past six years and wage growth was less than last year.”

“President Trump inherited an economy that was on a good trajectory with solid job growth and low unemployment. Trump’s own mark on the economy will be based on the long-term impact of his new tax laws.”

“The biggest economic questions going forward are how much growth will tax reform generate, and what will Trump do with various trade agreements such as NAFTA? These could determine what happens to the U.S. economy and the stock markets over the next few years.”

“We have developed a publicly available Google document, which tracks over 100 indicators to help evaluate the progress and potential of “Make America Great Again.”

“Below are a few of those indicators:.” 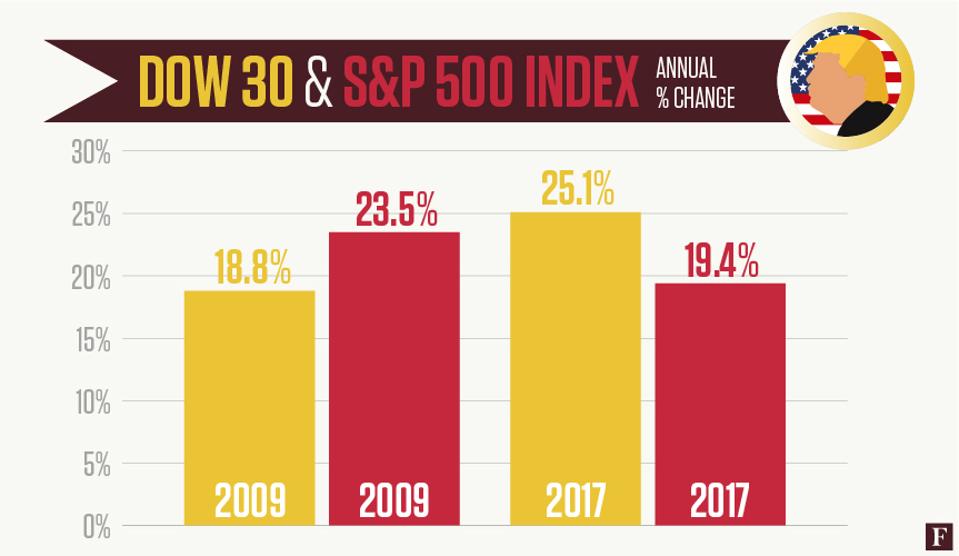 “Stock market averages hit dozens of new highs in 2017 and have continued to do so this year. Besides the tax reform bill passing, worldwide economic growth and higher company earnings are driving the markets. Two of the biggest risks for rising markets are Trump’s plan for trade, and central banks’ decisions on interest rates and balance sheets.”

“Of course, tying the success of a president to stock market performance is a risky move for any White House.” 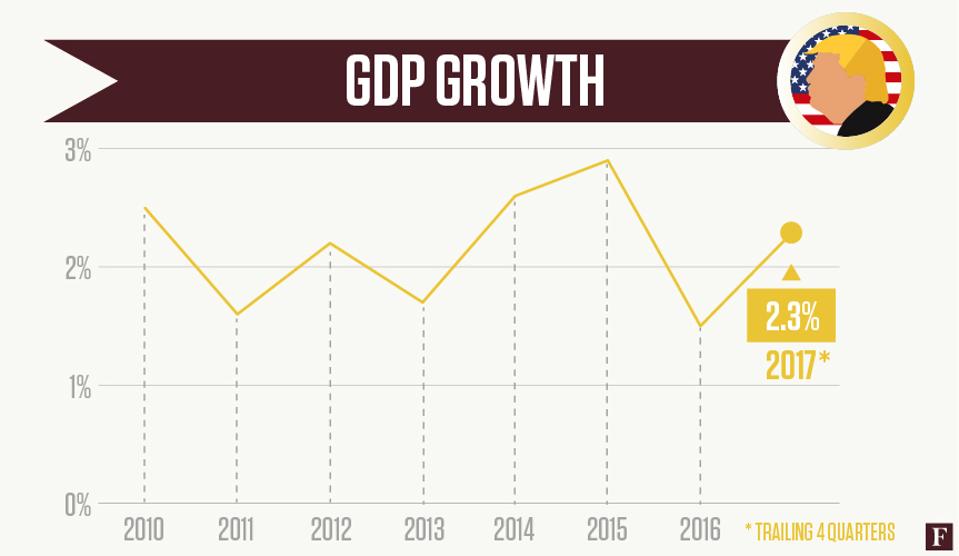 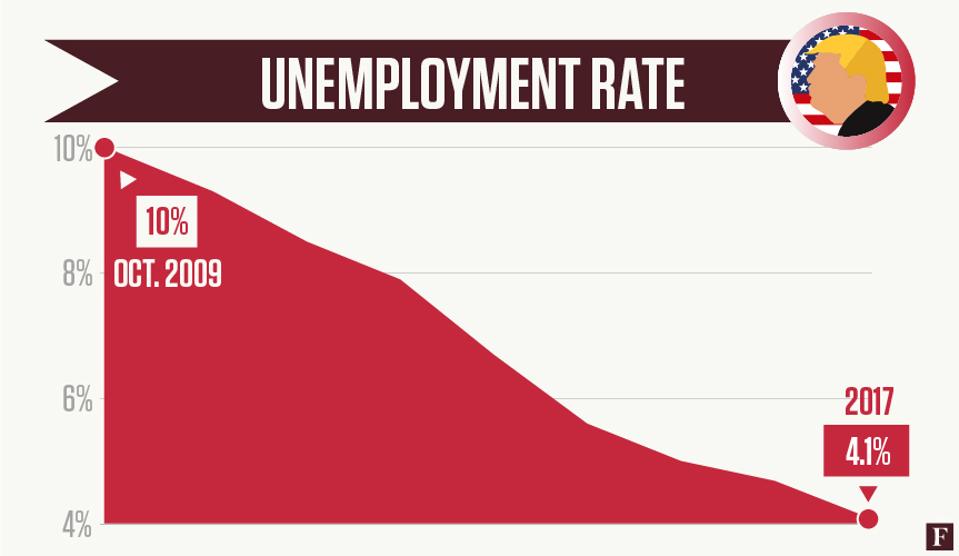 “The unemployment rate peaked at 10.0% in October 2009 and has been on a downward trajectory since then. 2017 was the eighth year in a row that it has fallen.” 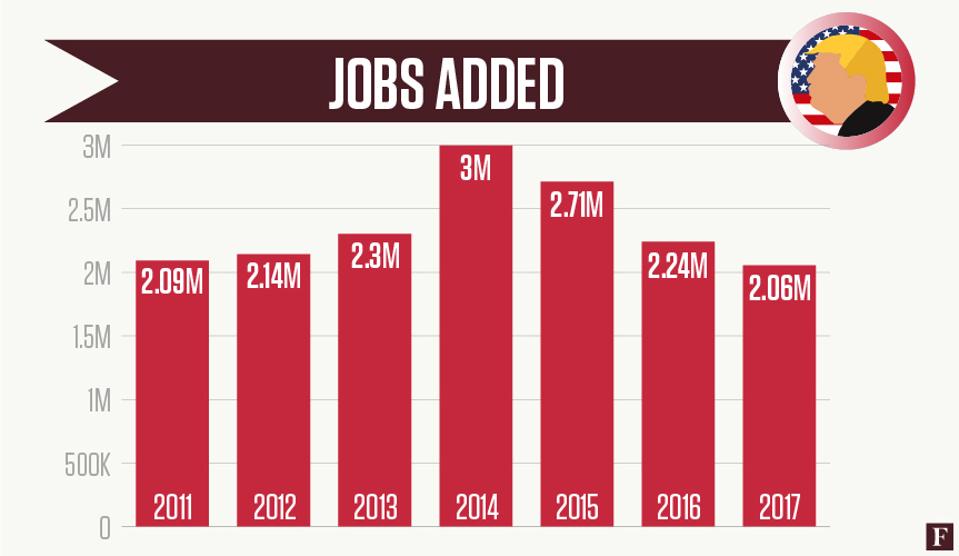 “There were 2.06 million jobs created last year, which was lower than any of Obama’s last six years. Prior to then, the economy was either in or at the initial stages of recovering from the Great Recession.” 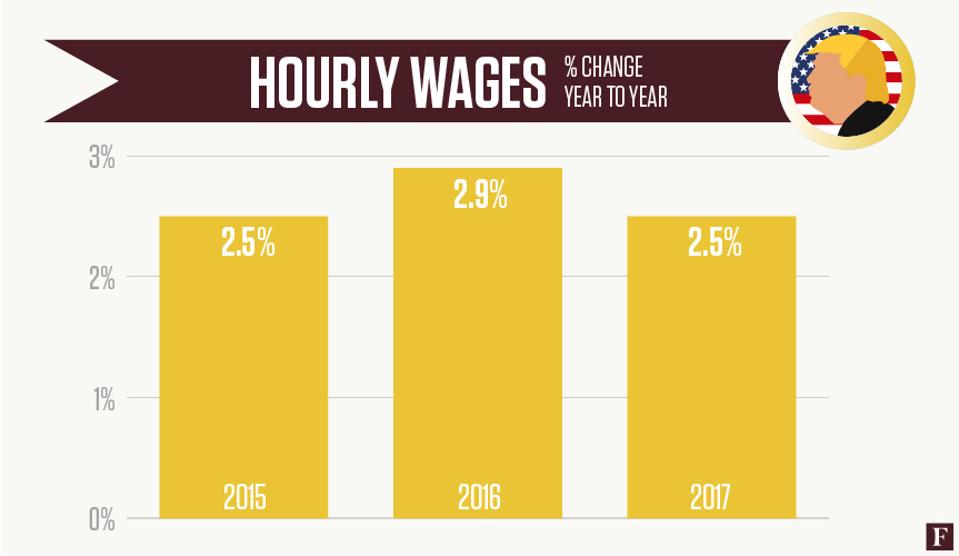 “The 2.5% hourly wage rate growth was a bit less than 2016’s 2.9% and mirrored 2015’s. While a good number of companies are handing out bonuses due to the tax reform bill passing (or maybe having to pay up to keep employees from leaving), the key test to the package’s impact will be in wage growth over a few years time frame.” 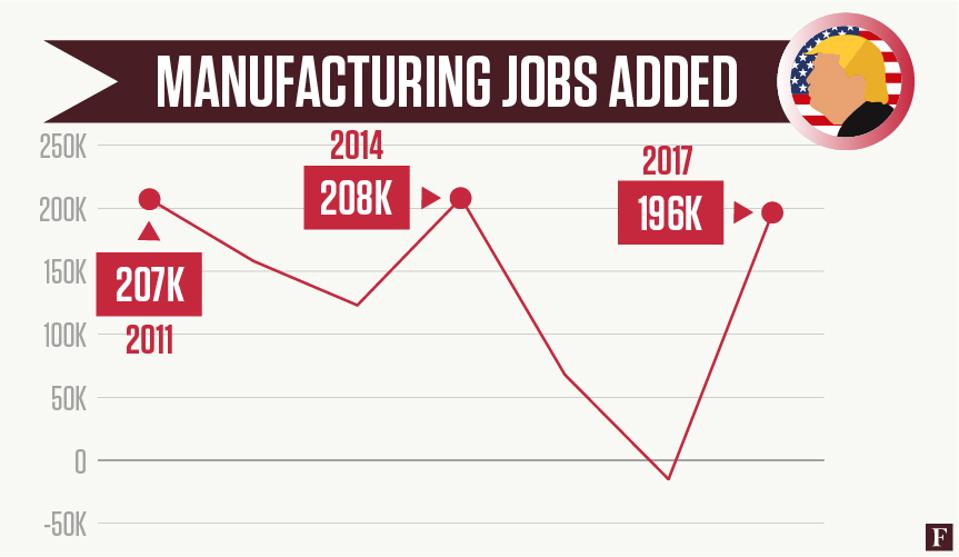 “Manufacturing job growth bounced back to the levels seen in 2011 and 2014. However, if wages rise too much companies could invest in automation, which would keep large increases in check.” 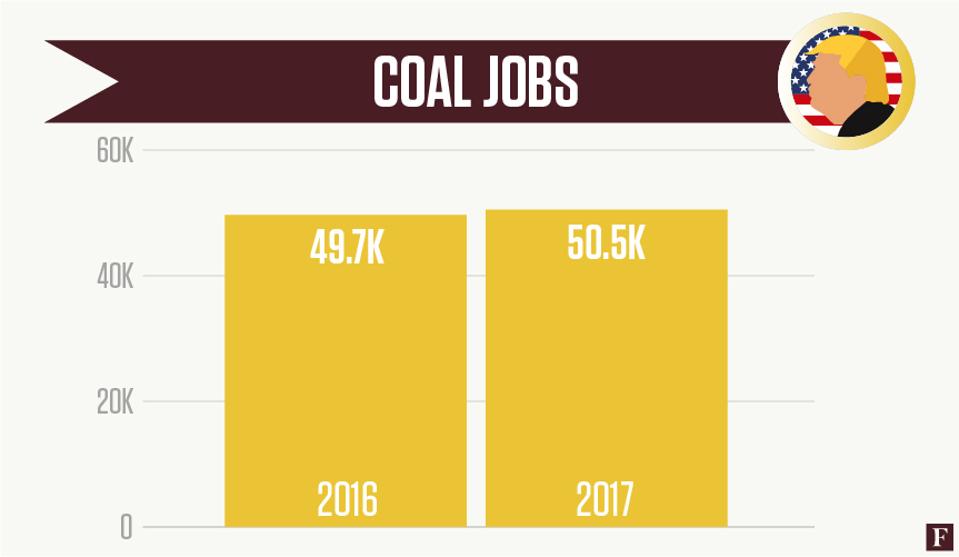 “There were 800 coal jobs added in 2017. If natural gas prices remain low and the alternative energy industry continues to grow (and it employs more people than the coal industry), a significant rebound in coal jobs is not in the cards. This remains a very small industry when you consider that there are only 50,500 coal miners.” 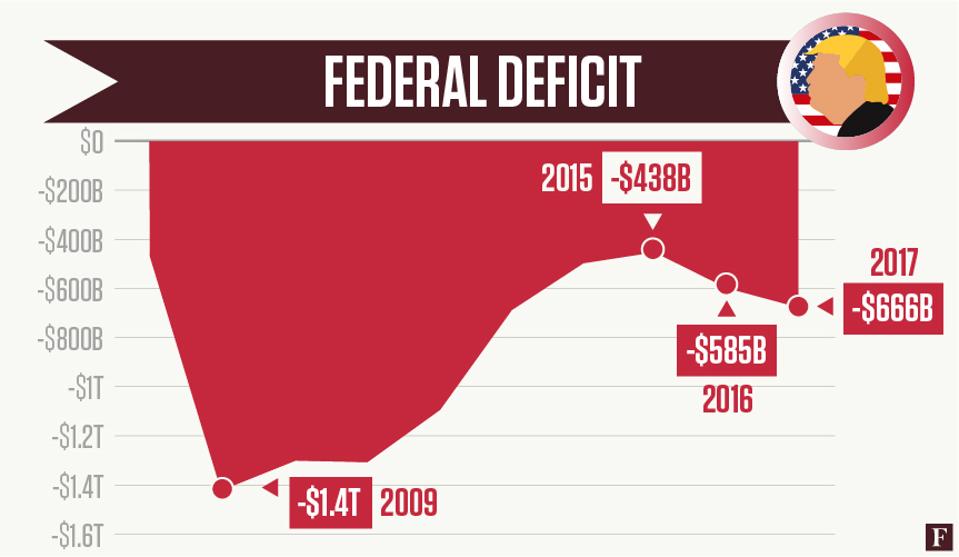 “Similar to the unemployment rate, the federal deficit reached a peak in 2009 and started a downward trend until 2015. However, it increased in 2016 and is expected to continue to grow due to the tax bill passing.” 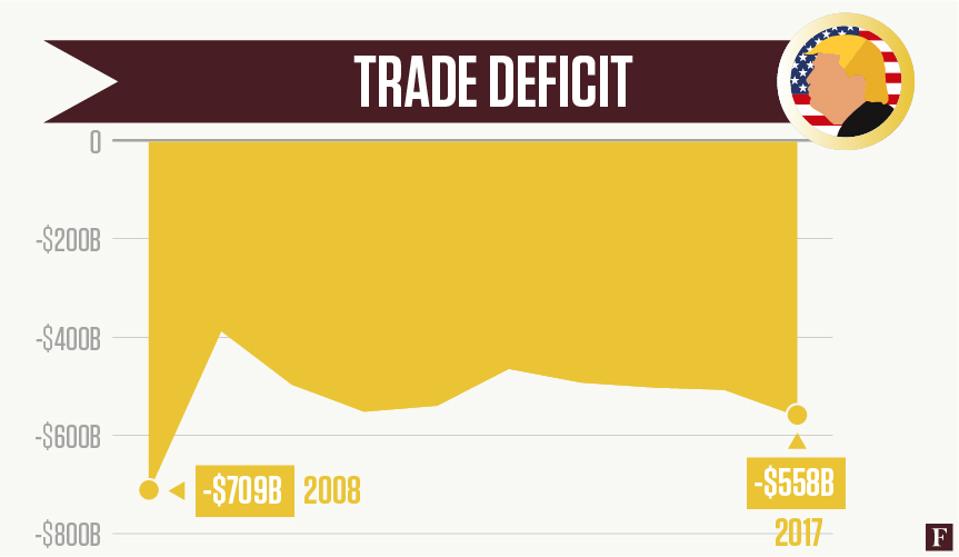 “The trade deficit rose to a level that it hasn’t been at since 2008. One probable explanation is the United States’ continued economic growth, which allows consumers to buy more overseas goods. This could put more pressure on Trump to fulfill at least some of his tougher campaign trade promises.”