NOTE: We who are part of the resistance need to be contacting our US lawmakers to support the passage of a bill to resolve the DACA (Deferred Action for Childhood Arrivals) issue; and to make our legislators know that we had better never witness the president firing the FBI’s Special Counsel Robert Mueller. He needs to able to complete the Trump-Russian probe to his satisfaction. In addition, the current plans for the president to fire the Deputy Attorney General Rod Rosenstein have to be stopped in its tracks, as he needs to be able oversee that the FBI’s Trump-Russian probe proceeds in a competent, professional manner where the “rule of law” is protected from political partisanship.

The republican legislators have to be warned that “We the People” want the so-called Memo developed by the very partisan House Judiciary Committee Rep. Devlin Nunes of California which contains material from intelligence reports  to be reviewed by the Justice department. Rep. Nunes had previously recused himself from the Committee’s Trump-Russian inquiry due to his being exposed for his over the top maneuvers to protect the president. 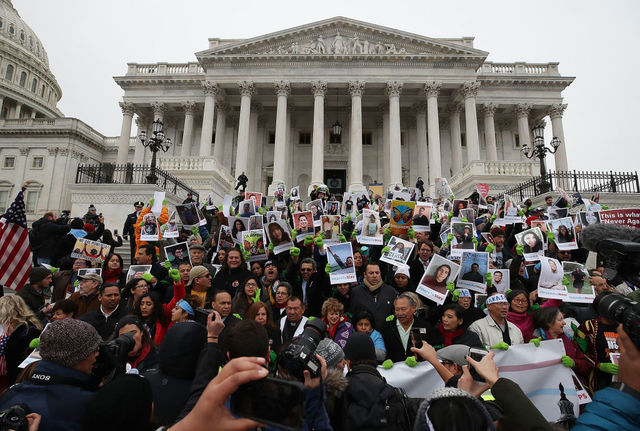 Folks this is serious. We all have been observing how republicans in the US Congress have been working overtime to orchestrate or to make up anything to discredit the FBI and its Trump-Russian connections probe led by the Special Counsel Robert Mueller III, to where they have crossed a line in their criticisms based on a memo which contains cheery picked details from classified intelligence reports garnered by the staff of Rep. Devlin Nunes; texts proving a bias by a couple of FBI agents and conspiracy theories about secret meetings where agents have been conspiring to execute a coup against the presidency.

Their latest plan is to make the memo public this week of January 29, 2018, without honoring the request by the US Department of Justice to review it for its classified data content which could reveal sources and methods that would do harm to US national security interests, if revealed (Does anyone remember about how they fussed over this possibility with Mrs. Clinton’s emails?)

The republicans’ purpose in publicly sharing this memo is to discredit the basis of the issuance of the initial FISA warrant in the summer of 2016, which set the FBI’s Trump- Russia inquiry into motion. The republicans are having difficulties in accepting the fact that the initial FISA warrant had been issued by passing muster with a FISA court and probably was based on more than one line of reasoning.

It is being reported that once the memo has been released into the public domain, the plan is to then set up the firing of the Justice Department’s Deputy Attorney General Rod Rosenstein who allegedly acted inappropriately by renewing the FISA warrant, which would in effect, derail the FBI’s Trump-Russia probe. 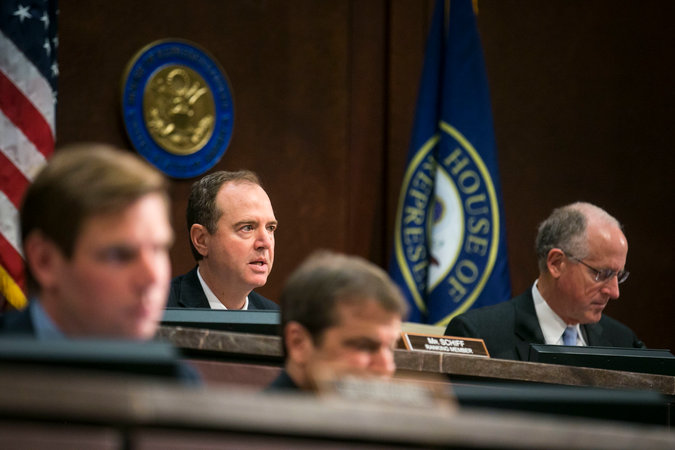 “The renewal shows that the Justice Department under President Trump saw reason to believe that the associate, Carter Page, was acting as a Russian agent. But the reference to Mr. Rosenstein’s actions in the memo — a much-disputed document that paints the investigation into Russian election meddling as tainted from the start — indicates that Republicans may be moving to seize on his role as they seek to undermine the inquiry.”

“The memo’s primary contention is that F.B.I. and Justice Department officials failed to adequately explain to an intelligence court judge in initially seeking a warrant for surveillance of Mr. Page that they were relying in part on research by an investigator, Christopher Steele, that had been financed by the Democratic National Committee and Hillary Clinton’s presidential campaign.”

“Democrats who have read the document say Republicans have cherry-picked facts to create a misleading and dangerous narrative. But in their efforts to discredit the inquiry, Republicans could potentially use Mr. Rosenstein’s decision to approve the renewal to suggest that he failed to properly vet a highly sensitive application for a warrant to spy on Mr. Page, who served as a Trump foreign policy adviser until September 2016.”

“A handful of senior Justice Department officials can approve an application to the secret surveillance court, but in practice that responsibility often falls to the deputy attorney general. No information has publicly emerged that the Justice Department or the F.B.I. did anything improper while seeking the surveillance warrant involving Mr. Page.”

“Mr. Trump has long been mistrustful of Mr. Rosenstein, the Justice Department’s No. 2 official, who appointed the special counsel, Robert S. Mueller III, and now oversees his investigation into Mr. Trump’s campaign and possible obstruction of justice by the president. Mr. Trump considered firing Mr. Rosenstein last summer. Instead, he ordered Mr. Mueller to be fired, then backed down after the White House counsel refused to carry out the order, The New York Times reported last week.”

“Mr. Trump is now again telling associates that he is frustrated with Mr. Rosenstein, according to one official familiar with the conversations.”

“It is difficult to judge whether Republicans’ criticism of the surveillance has merit. Although House members have been allowed to view the Republican memo in a secure setting, both that memo and a Democratic one in rebuttal remain shrouded in secrecy. And the applications to obtain and renew the warrant from the Foreign Intelligence Surveillance Court are even more closely held. Only a small handful of members of Congress and staff members have reviewed them.”

“Republicans on the House Intelligence Committee, whose staff wrote the memo, could vote as early as Monday (1/29/18), using an obscure House rule, to declassify its contents and make it available to the public. Mr. Trump would have five days to try to block their effort, potentially setting up a high-stakes standoff between the president and his Justice Department, which opposes its immediate release.”

“The White House has made clear to the Justice Department in recent days that it wants the Republican memo to be made public. Asked about the issue on CBS’s “Face the Nation” on Sunday, Marc Short, the White House’s head of legislative affairs, said that if the memo outlined serious concerns, “the American people should know that.”

“But Stephen E. Boyd, an assistant attorney general, warned in a letter last week to the committee’s chairman, Representative Devin Nunes, that it would be “extraordinarily reckless” to release a memo drawing on classified information without official review and pleaded with the committee to consult the Justice Department. He said the department was “unaware of any wrongdoing related to the FISA process.”

“To obtain the warrant involving Mr. Page, the government needed to show probable cause that he was acting as an agent of Russia. Once investigators get approval from the Justice Department for a warrant, prosecutors take it to a surveillance court judge, who decides whether to approve it.”

“People familiar with the contents of the memo spoke on the condition of anonymity because the details remained secret.”

“A White House spokesman, Hogan Gidley, said in a statement: “The president has been clear publicly and privately that he wants absolute transparency throughout this process. Based on numerous news reports, top officials at the F.B.I. have engaged in conduct that shows bias against President Trump and bias for Hillary Clinton.”

“Mr. Page, a former Moscow-based investment banker who later founded an investment company in New York, had been on the F.B.I.’s radar for years. In 2013, an investigation revealed that a Russian spy had tried to recruit him. Mr. Page was never charged with any wrongdoing, and he denied that he would ever have cooperated with Russian intelligence officials.”

“But a trip Mr. Page took to Russia in July 2016while working on Mr. Trump’s campaign caught the bureau’s attention again, and American law enforcement officials began conducting surveillance on him in the fall of 2016, shortly after he left the campaign. It is unclear what they learned about Mr. Page between then and when they sought the order’s renewal roughly six months later.”

“The renewal effort came in the late spring, sometime after the Senate confirmed Mr. Rosenstein as the Justice Department’s No. 2 official in late April. Around that time, following Mr. Trump’s firing of James B. Comey as F.B.I. director in May, Mr. Rosenstein appointed Mr. Mueller, a former head of the bureau, to take over the department’s Russia investigation. Mr. Rosenstein is overseeing the inquiry because Attorney General Jeff Sessions has recused himself.”