aside Jonathan Rauch and Benjamin Wittes Write: The Time Has Come To Boycott The GOP 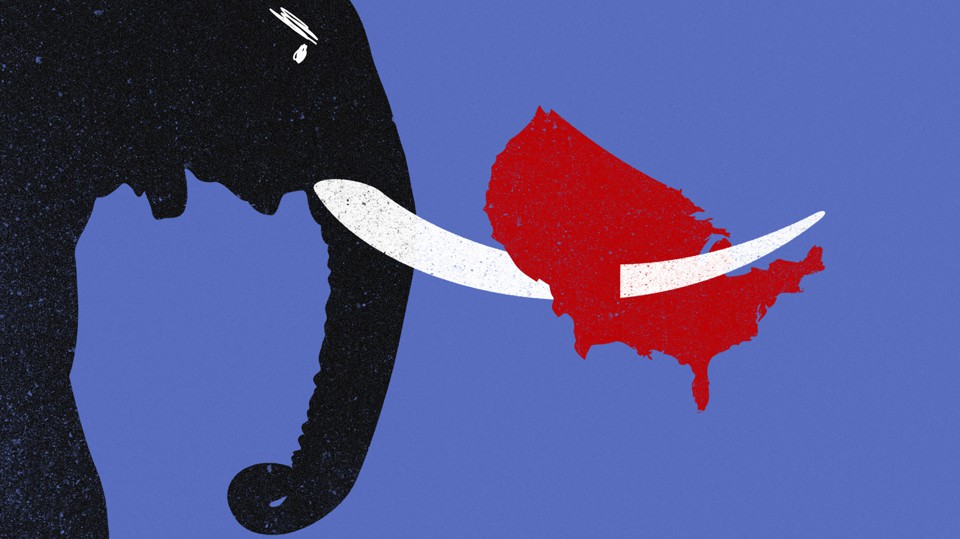 Dear Reader, I follow the work mostly of Benjamin Wittes who is associated with the Lawfare blog but both authors below have a reputation for being scrupulous non partisans. As a former republican for too many years to count, who became an Independent voter in 2016 and then a Democrat in 2017, I am completely in love with their idea to blindly boycott the GOP. This is brilliant. Their reasoning and analysis of the current state of our democracy which propelled them to arrive at this proposal matches mine 100%.

This is what the conservative rights’ relentless partisan attacks on the “rule of law have led us. The right is attacking the “rule of law” by denigrating reputable institutions where most employees lean right like the the F.B.I., the DOJ and lifelong republican law enforcement professionals like Rod Rosenstein, the DOJ’s Deputy AG, the FBI’s Special Counsel Robert Mueller III and the newly appointed FBI Director Christopher Wray. They are doing this with the intent to shut down the FBI’s Trump-Russia probe, not because it is the witch-hunt that they claim but because they suspect that the final work product will most likely be highly critical. These right wingers don’t care what institutions they destroy in the process. Unfortunately, too many republicans in the US Congress have been following in the steps of these wrong-headed right wing back seat drivers with lots of monies to spend instead of honoring their oath of office.

This is a lengthy article to where I have footnoted a link below for readers to peruse it in its entirety. For The March 2018 Atlantic Magazine, Jonathan Rauch and Benjamin Wittes penned the following article, “The Republican Party Is a Threat to the Constitutional Order”  (“If conservatives want to save the GOP from itself, they need to vote mindlessly and mechanically against its nominees.”)

“A few days after the Democratic electoral sweep this past November in Virginia, New Jersey, and elsewhere, The Washington Post asked a random Virginia man to explain his vote. The man, a marketing executive named Toren Beasley, replied that his calculus was simply to refuse to calculate. “It could have been Dr. Seuss or the Berenstain Bears on the ballot and I would have voted for them if they were a Democrat,” he said.”

“Count us in, Mr. Beasley. We’re with you, though we tend to go with dangerous rather than stupid. And no one could be more surprised that we’re saying this than we are.”

“We have both spent our professional careers strenuously avoiding partisanship in our writing and thinking. We have both done work that is, in different ways, ideologically eclectic, and that has—over a long period of time—cast us as not merely nonpartisans but anti-partisans. ”

“This, then, is the article we thought we would never write: a frank statement that a certain form of partisanship is now a moral necessity. The Republican Party, as an institution, has become a danger to the rule of law and the integrity of our democracy. The problem is not just Donald Trump; it’s the larger political apparatus that made a conscious decision to enable him. In a two-party system, non-partisanship works only if both parties are consistent democratic actors. If one of them is not predictably so, the space for nonpartisans evaporates. We’re thus driven to believe that the best hope of defending the country from Trump’s Republican enablers, and of saving the Republican Party from itself, is to do as Toren Beasley did: vote mindlessly and mechanically against Republicans at every opportunity, until the party either rights itself or implodes (very preferably the former).”

“Of course, lots of people vote a straight ticket. Some do so because they are partisan. Others do so because of a particular policy position: Many pro-lifers, for example, will not vote for Democrats, even pro-life Democrats, because they see the Democratic Party as institutionally committed to the slaughter of babies.”
We are not motivated by the belief that Republican policies are wrongheaded. We agree with many traditional GOP positions.

“We’re proposing something different. We’re suggesting that in today’s situation, people should vote a straight Democratic ticket even if they are not partisan, and despite their policy views. They should vote against Republicans in a spirit that is, if you will, prepartisan and prepolitical. Their attitude should be: The rule of law is a threshold value in American politics, and a party that endangers this value disqualifies itself, period. In other words, under certain peculiar and deeply regrettable circumstances, sophisticated, independent-minded voters need to act as if they were dumb-ass partisans.”

“For us, this represents a counsel of desperation. So allow us to step back and explain what drove us to what we call oppositional partisanship.”

“To avoid misunderstanding, here are some things we are not saying. First, although we worry about extremism in the GOP, that is not a reason to boycott the party. We agree with political analysts who say that the Republicans veered off-center earlier and more sharply than the Democrats—but recently the Democrats have made up for lost time by moving rapidly leftward. In any case, under normal circumstances our response to radicalization within a party would be to support sane people within that party.””Nor is our oppositional partisanship motivated by the belief that Republican policies are wrongheaded. Republicans are a variegated bunch, and we agree with many traditional GOP positions. One of us has spent the past several years arguing that counterterrorism authorities should be granted robust powers, defending detentions at Guantánamo Bay, and supporting the confirmations of any number of conservative judges and justices whose nominations enraged liberals. The other is a Burkean conservative with libertarian tendencies and a long history of activism against left-wing intolerance. And even if we did consistently reject Republican policy positions, that would not be sufficient basis to boycott the entire party—just to oppose the bad ideas advanced by it.” 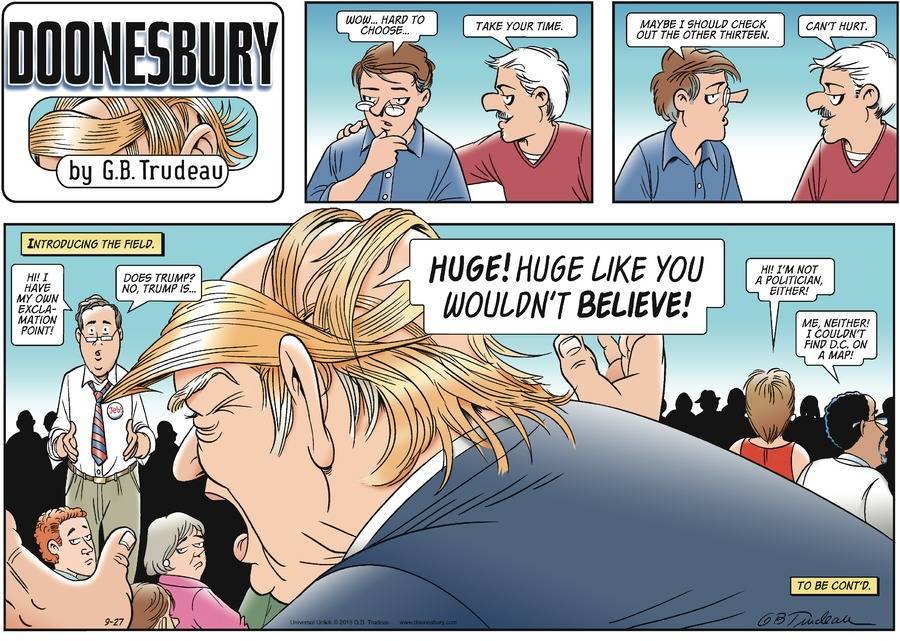 “One more nonreason for our stance: that we are horrified by the president. To be sure, we are horrified by much that Trump has said and done. But many members of his party are likewise horrified. Republicans such as Senators John McCain and Bob Corker and Jeff Flake and Ben Sasse, as well as former Governors Mitt Romney and Jeb Bush, have spoken out and conducted themselves with integrity. Abandoning an entire party means abandoning many brave and honorable people. We would not do that based simply on rot at the top.”

“So why have we come to regard the GOP as an institutional danger? In a nutshell, it has proved unable or unwilling (mostly unwilling) to block assaults by Trump and his base on the rule of law. Those assaults, were they to be normalized, would pose existential, not incidental, threats to American democracy.”

“Future generations of scholars will scrutinize the many weird ways that Trump has twisted the GOP. For present purposes, however, let’s focus on the party’s failure to restrain the president from two unforgivable sins. The first is his attempt to erode the independence of the justice system. This includes Trump’s sinister interactions with his law-enforcement apparatus: his demands for criminal investigations of his political opponents, his pressuring of law-enforcement leaders on investigative matters, his frank efforts to interfere with investigations that implicate his personal interests, and his threats against the individuals who run the Justice Department. It also includes his attacks on federal judges, his pardon of a sheriff convicted of defying a court’s order to enforce constitutional rights, his belief that he gets to decide on Twitter who is guilty of what crimes, and his view that the justice system exists to effectuate his will.

“The second unforgivable sin is Trump’s encouragement of a foreign adversary’s interference in U.S. electoral processes. Leave aside the question of whether Trump’s cooperation with the Russians violated the law. He at least tacitly collaborated with a foreign-intelligence operation against his country—sometimes in full public view. We don’t mean to deny credit where it is due: Some congressional Republicans pushed back. “

Link: Wittes and Rauch: Boycott the Republican Party – The Atlantic“
This bog was updated on 2/5/18.