What a Super Bowl game between the Philadelphia Eagles and the New England Patriots. The big match between these outstanding football teams was held in Minneapolis, MN.

The Philadelphia Eagles with no championship wins since 1960 demonstrated that they deserved the victory over  the New England Patriots with 5 super bowl wins, the last in 2015. This time the Patriots’ Tom Brady failed to hold back the Eagles where the players acted like the winners that they are. Even for non football fans, this was an exciting game to follow.  See: “How the Eagles Won Their First Super Bowl Title, Drive by Drive – The NY Times

After all the celebrations and the reliving of all the different plays, the question remains, who will accept an invite from the White House to meet with the republican President J. Trump.

On February 5, 2018, Maury Brown of Forbes penned the following report, “The List Of Philadelphia Eagles Players Not Planning To Go To The White House”

With the Philadelphia Eagles upsetting the New England Patriots in Super Bowl LII, one of the questions that have surfaced has been whether there might be any players protesting a visit to the White House. As has been the case for more than one administration, not surprisingly players—like the rest of the country—have differing views about the state of whoever is the president of the U.S. at any given time.

With many African-American players using the national anthem protests as a way to bring what they see as justice inequality to people’s attention and President Trump jumping more than once into the fray, visiting the White House has become a polarizing topic. Already, the Golden State Warriors had several players and coach Steve Kerr make critical comments about Trump that resulted in many saying they would not make a trip to the White House, which caused the president to say the team wasn’t invited.

“Back to the Eagles: Thus far, receiver Torrey Smith, safety Malcolm Jenkins, running back LeGarrette Blount, and defensive end Chris Long have said they will not be making the trip to visit the White House.”

“Long’s decision seemed a foregone conclusion given he skipped the visit last year when he was with the Patriots. When he was asked about attending with the Eagles, Long said, “Are you kidding me?” The outspoken defensive end donated all his 2017 earnings to charity, with his first six paychecks going to fund scholarships in Charlottesville, his hometown and the location of violent protests with white nationalists that had James Fields Jr. kill Heather D. Heyer when he drove his car into counter-protesters.”

Malcolm Jenkins, speaking on CNN, said he did not anticipate attending any team visit to the White House.

“I don’t have a message for the president. My message has been clear all year. I’m about creating positive change in the communities that I come from … I want to see changes in our criminal justice system.”

“That’s what myself and my peers have been pushing for for the last 2 years, and that’s what I’ll continue to do.”

Smith addressed whether he would attend prior to the Super Bowl.

“We read the news just like everyone else,” Smith said on Wednesday. “You see Donald Trump tweet something … We have those conversations in the locker room, just like everyone else does in the workplace. We’re very informed about what goes on, and we’re trying to continue to educate ourselves. It’s pretty special to have a group like that of folks that aren’t just socially conscious, but folks who genuinely care about people and care about learning more.

“I’m not saying we’re right about everything, but we’re willing to figure out what is right. We’re willing to work with people to find the best way to move forward, because there are problems and we’re not shy about speaking up about them.”

Blount said on the Rich Eisen show prior to the game, “I will notbe going to the White House. I don’t feel welcome in that house. I’ll leave it at that.”

Trump congratulated the Super Bowl LII champs on Monday morning. He has not yet made comment about those not attending.

Congratulations to the Philadelphia Eagles on a great Super Bowl victory! 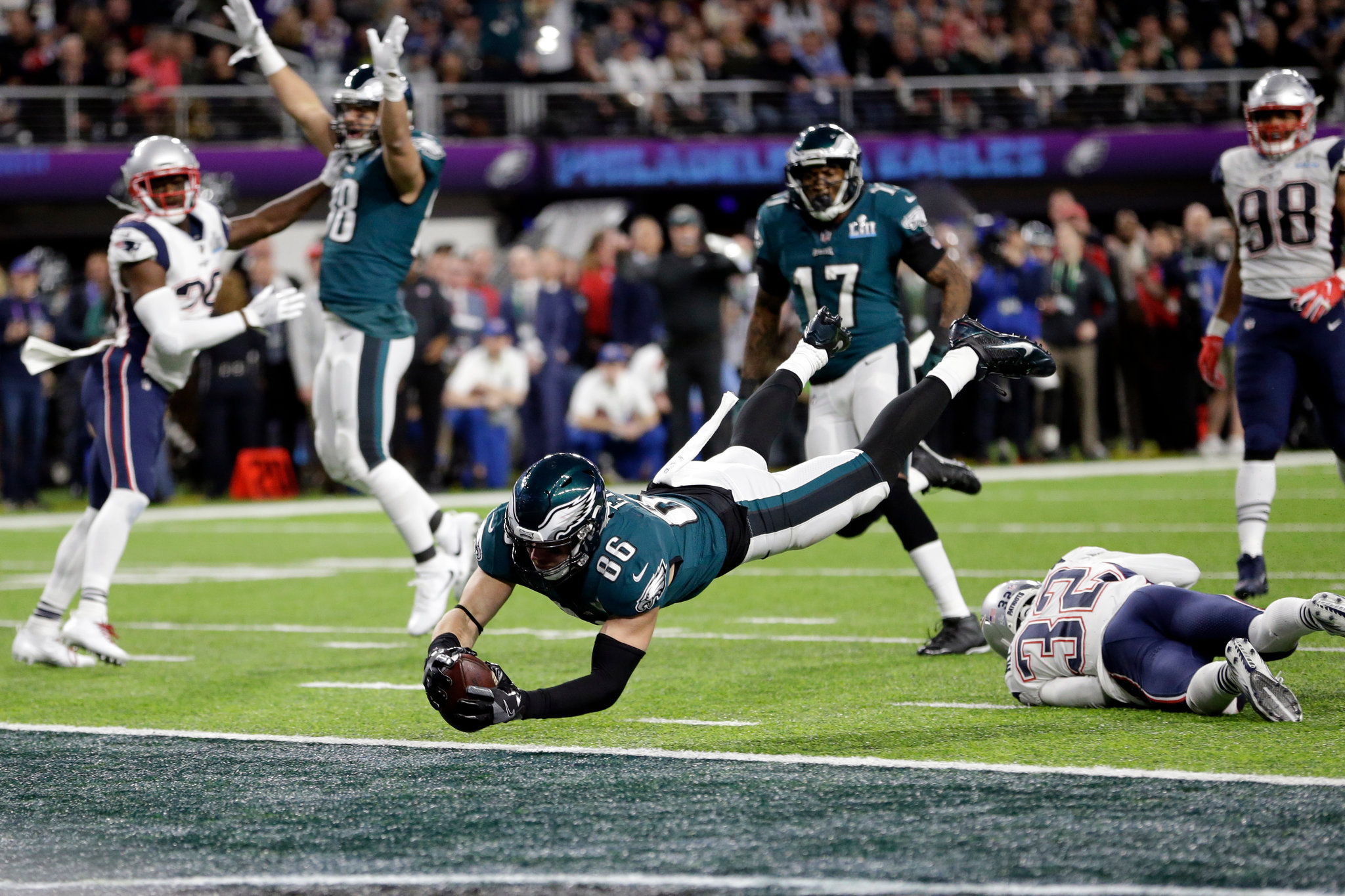 Trump is not the only president to see players not attend the traditional meeting of championship teams to the White House.

Brady also skipped attending the White House visit when Obama was president in 2015. Former Baltimore Ravens center Matt Birk did not go in 2012 when Obama was in the White House citing the then president’s support of Planned Parenthood. Tim Thomas, who was on the 2011 Stanley Cup winning Boston Bruins did not attend with Obama at the helm saying, “I believe the Federal government has grown out of control, threatening the Rights, Liberties, and Property of the People.” In 1984, Hall of Fame NBA player Larry Bird did not go to the Reagan White House saying of the president, “If the president wants to see me, he knows where to find me.” And Mark Chmura of the ’96 Super Bowl winning Green Bay Packers refused to visit the White House when Clinton was in office after the Monica Lewinsky scandal saying, “It doesn’t really say much for society and the morals (Clinton) sets forth for our children.”