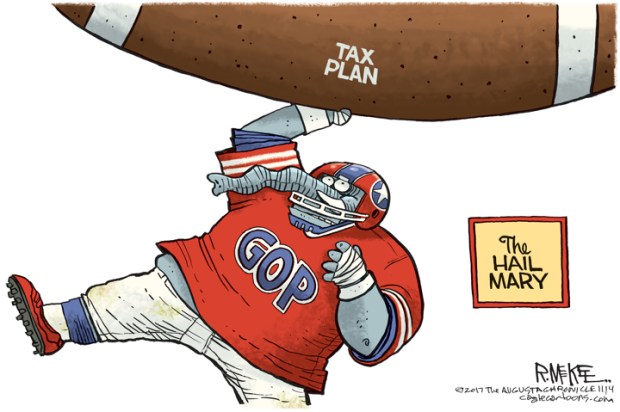 The republicans in the White House and the US Congress have been enjoying the high of having passed their tax cuts bill in December 2017. They were warned by numerous economists about why they should be careful about over stimulating an economy that was already experiencing soaring stock market prices, with the last 3 quarters of 2017 GDP growth at about 3%, and almost full employment, but they couldn’t resist the temptation to tempt fate. In addition, these supposed republican deficit hawks paid for these tax cuts by increasing the US deficit over the next decade by anywhere from $1 trillion dollars to 1.7 trillion dollars, depending on which expert is crunching the numbers.

During the week of February 5, 2018, it is no surprise that the stock market has shown a correction of about 10%. Now it is very unlikely that for 2018, the US GDP  will reach a growth rate close to 3%.(See: United States GDP Growth Rate – Forecast – Trading Economics) 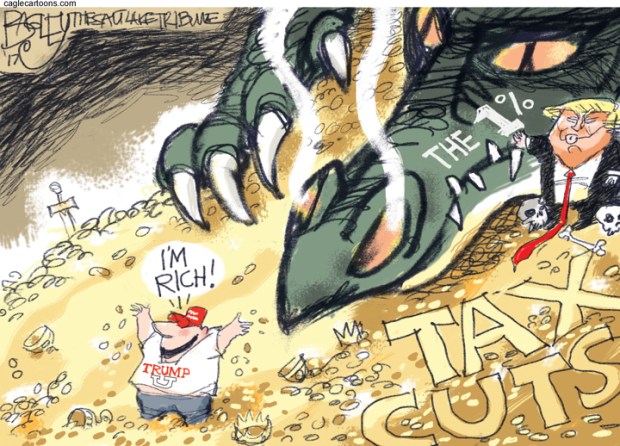 What happens if the rosy deficit forecasts from this tax bill prove to be inaccurate, and the economy does not grow as fast as Republican leaders have been fantasizing about, which ranges from (over 3%-4%), then what do they think is going to happen to the economy?Where are the brakes?

But these republicans are about to add another damper to the health of the US economy. As the unemployment numbers trend downward to full employment, businesses will need an influx of new workers that will not be available because republicans are dragging their feet in addressing the DACA (Deferred Action for Childhood Arrivals ) where deportation is ended for 700,000 + young peoples who came to the USA as children of undocumented parents but who know no other country; and then they are actually seriously considering the cutting back of legal immigration by 50%. This short-sightedness could cost them the benefits of their 2017 tax cuts that they fought so hard for this past year. 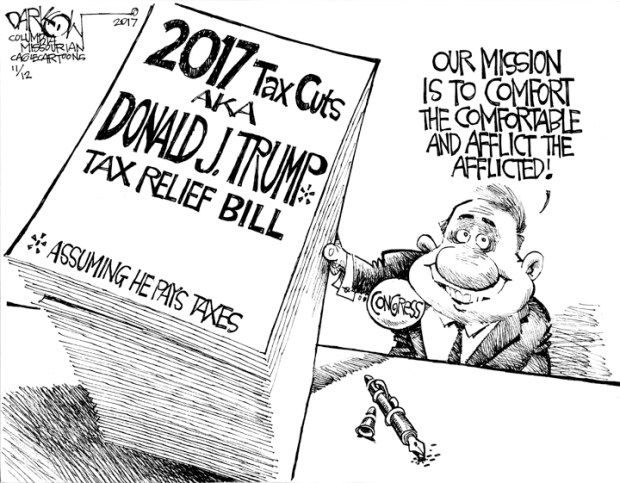 On February 5, 2018, Paul J. Lim of Time penned the following report,”Why the Stock Market Is Crashing Now, and What You Should Do About It”

So why is the stock market suddenly starting to plunge?

Chalk this up to a case of “be careful what you wish for.”

“On paper, Wall Street should be rejoicing right now — not racing to cash out as investors have been doing lately.”

“Investors, after all, recently got the corporate and income tax cuts they’ve been clamoring for. The economy is accelerating for real, with U.S. gross domestic product now expanding at a annual pace of more than 3% (after inflation) for three straight quarters.” 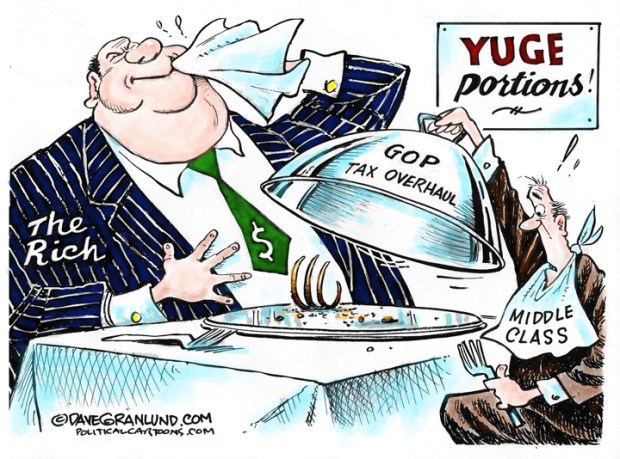 “And for the first time in a long while, it appears that worker wages are finally beginning to lift, with average hourly earnings rising to $26.74 in January — a 2.9% increase over the past year.”

“This represents the fastest rate of wage growth in nearly nine years, since the end of the Great Recession. And it effectively marks the end of the global economy’s war against deflation, which had been the biggest economic threat since the financial crisis began more than a decade ago.”

“In theory, these are all bullish developments. Yet stocks are going in the opposite direction.”

“That’s largely because the natural outgrowth of an expanding economy and rising wages is inflation, which hasn’t been a real threat to the economy in nearly three decades.”

Is inflation really heating up?

Yes. Even though it seems tame right now — the consumer price index is up a modest 2.1% over the past 12 months — there’s a good chance inflation could start to pick up steam.

“For example, the labor force participation rate — which measures the percentage of the working-age population that is employed or looking for work — “seems to have hit an upper bound at around 63% and has been bouncing around somewhat below that,” McMillan notes. Even with wages and job creation accelerating, January’s labor participation rate was 62.7%, which is about where it’s been for four straight months.” 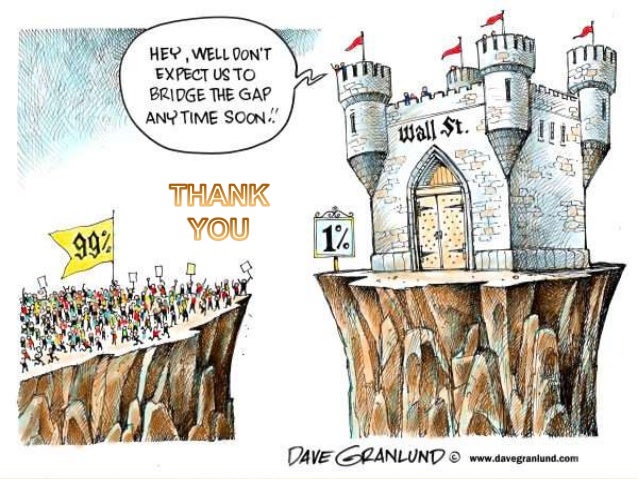 “This could be a sign that all of the workers available, or close to it, are now working,” he says. And if that’s the case, companies seeking to employ new workers may have to shell out even higher wages to attract talent, potentially pushing inflation up even higher.

“That, in turn, could mean that corporate profit margins are about to be pinched.”

“There’s one other reason why investors should brace themselves for higher inflation.”

“Jim Paulsen, chief investment strategist for The Leuthold Group, notes that for the first time in this economic recovery, nomimal GDP growth (that is, economic growth before the effects of inflation are stripped out) exceeds the national unemployment rate.”

“When the that happens, “history suggests wage pressures are finally likely to intensify more than most anticipate this year,” Paulsen says.” 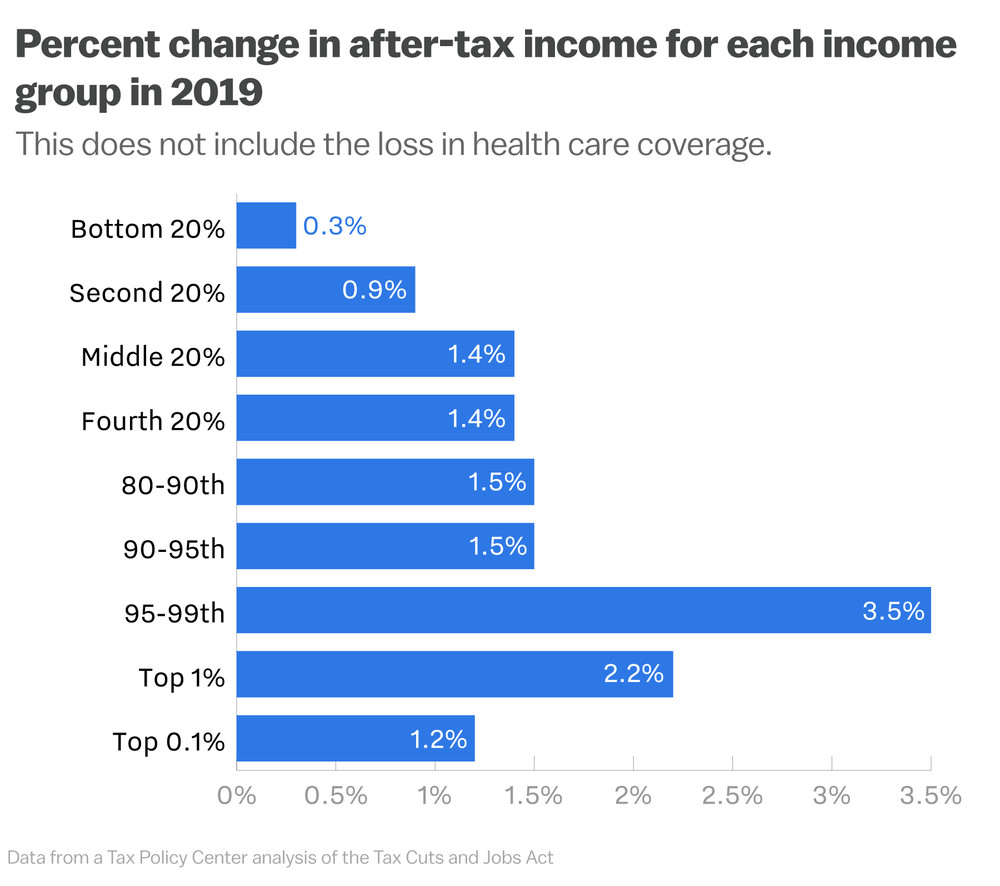 Are there other reasons to worry?

“Yes. It’s not just the threat of rising inflation that investors fear. Wall Street is also worried about what the Federal Reserve might do in response.”

“The catalyst isn’t fear of a growth slowdown; it is fear of too much growth and surging bond yields,” says Jeffrey Kleintop, chief global investment strategist for Charles Schwab. “An overheating global economy could mean a more rapid shift by central banks to rein in stimulus” — typically by raising interest rates rapidly.”

“And rapid rate hikes in an overheating economy is “often a precursor to a recession and a bear market,” he notes.”

“Already, in anticipation of higher short-term rates, investors have driven longer-term interest rates higher. Yields on 10-year Treasury notes, for instance, reached as high as 2.86% on Monday, up from 2.40% at the start of the year and 2.03% in September.” 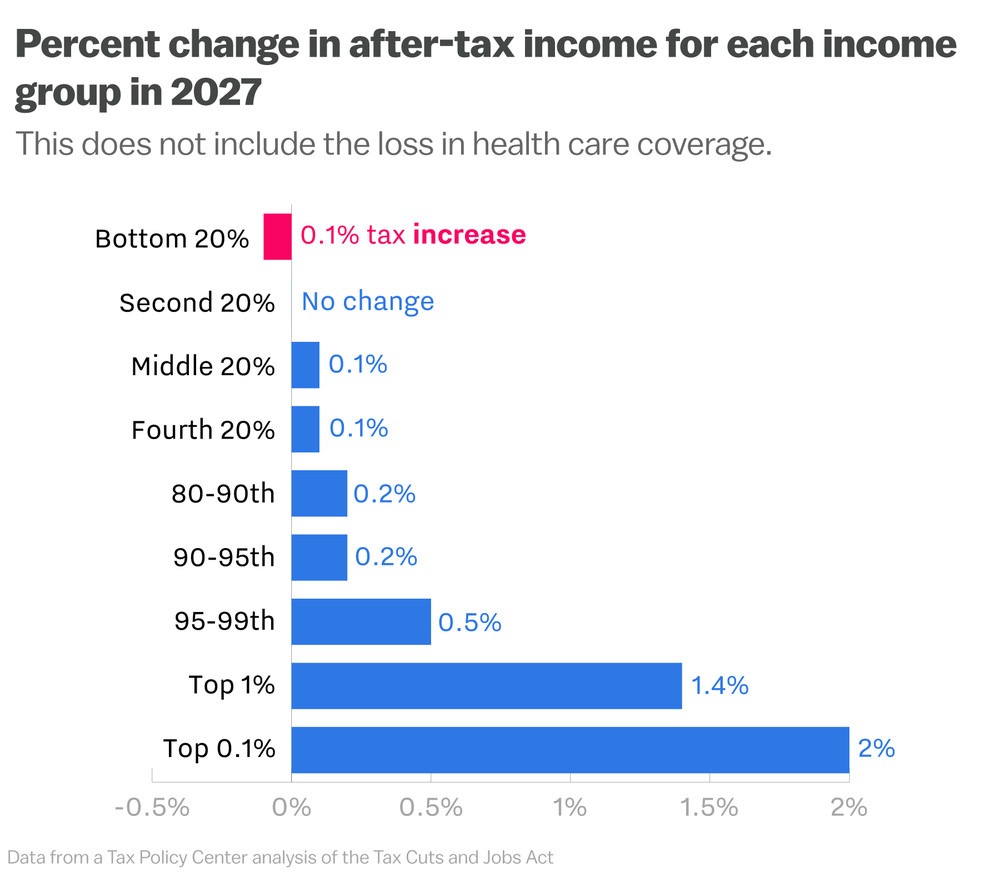 Does the new Fed chief have anything to do with the sell-off?

“It’s hard to blame any of this on new Federal Reserve chair Jerome Powell. After all, he was just sworn in as chairman of the U.S. central bank on Monday afternoon. And the sell-off began well in advance.”

“However, the markets have historically had a knack for testing new Fed chairman at critical junctures of the economy.”

“Investors will recall that Alan Greenspan became Fed chairman in August 1987, as the central bank was already hiking rates toward the end of a long economic expansion. That transition took place just weeks before the October 1987 market crash, in which stocks lost nearly a quarter of their value on a single day.”

“Ben Bernanke similarly assumed the Fed chairmanship in 2006, at the end of another cycle in which housing and stock prices were greatly inflated. About a year later, the stock market entered into a bear market in which equities lost more than half their value.”