aside Four Governments Have Discussed Ways They Could Manipulate Jared Kushner

With the following Washington Post report, we age granted a clue as to one reason why the president’s son-in-law and Senior Advisor Jared Kushner was never going to be permanently cleared by the FBI. It seems that officials from four different countries were looking for ways to manipulate him by taking advantage of his complex financial portfolio with a high levels of debt along with his political naivety and experience.

In short, Jared Kushner was operating at a level way above his capability. With this leak, it looks like the US Intelligence Community concurs.

“Officials in at least four countries have privately discussed ways they can manipulate Jared Kushner, the president’s son-in-law and senior adviser, by taking advantage of his complex business arrangements, financial difficulties and lack of foreign policy experience, according to current and former U.S. officials familiar with intelligence reports on the matter.”

“Among those nations discussing ways to influence Kushner to their advantage were the United Arab Emirates, China, Israel and Mexico, the current and former officials said. ” 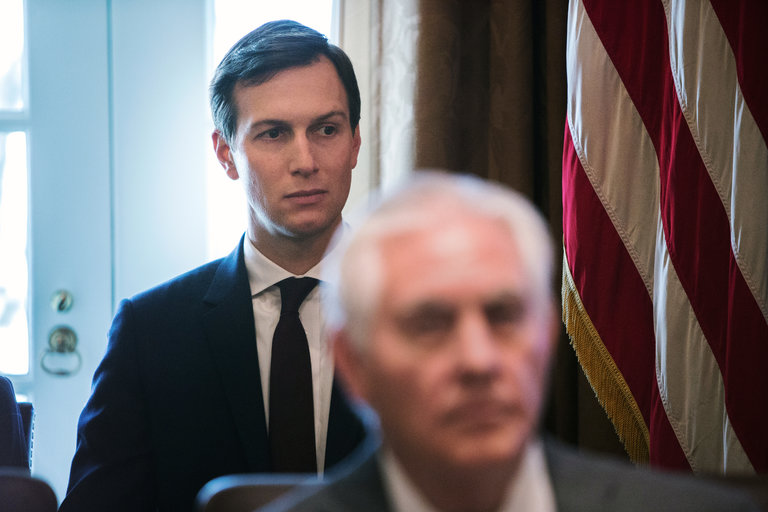 “It is unclear if any of those countries acted on the discussions, but Kushner’s contacts with certain foreign government officials have raised concerns inside the White House and are a reason he has been unable to obtain a permanent security clearance, the officials said.”

“Kushner’s interim security clearance was downgraded last week from the top-secret to the secret level, which should restrict the regular access he has had to highly-classified information, according to administration officials.”

“President Trump’s national security adviser, learned that Kushner had contacts with foreign officials that he did not coordinate through the National Security Council or officially report. The issue of foreign officials talking about their meetings with Kushner and their perception of his vulnerabilities was a subject raised in McMaster’s daily intelligence briefings, according to the current and former officials, who spoke on condition of anonymity to discuss sensitive matters.”

“Within the White House, Kushner’s lack of government experience and his business debt were seen from the beginning of his tenure as potential points of leverage that foreign governments could use to influence him, the current and former officials said.”

“They could also have legal implications. Special counsel Robert S. Mueller III has asked people about the protocols Kushner used when he set up conversations with foreign leaders, according to a former U.S. official.”

“Officials in the White House were concerned that Kushner was “naive and being tricked” in conversations with foreign officials, some of whom said they wanted to deal only with Kushner directly and not more experienced personnel, said one former White House official.”

“Kushner has an unusually complex set of business arrangements and foreign entanglements for a senior White House aide, experts have said. But his behavior while in office has only drawn more scrutiny and raised concerns that he would be unable to obtain a final security clearance, which he needs to perform the many jobs Trump has entrusted to him, from negotiating foreign trade deals to overseeing a Middle East peace process.”

“When he learned about it, it surprised him,” one official said. “He thought that was weird…It was an unusual thing. I don’t know that any White House has done it this way before.”

“The official said that McMaster was “not concerned but wanted an explanation. It seemed unusual to him.” “In the months since, McMaster and Kushner have worked to coordinate so that the National Security Council is aware of Kushner’s contacts with foreign officials and so Kushner has access to the council’s country experts to prepare for meetings.”

“General McMaster has the highest regard for Mr. Kushner and the two work well together,” said NSC spokesman Michael Anton. “Everything they do is integrated…it’s seamless.”

“Foreign governments routinely discuss ways they can influence senior officials in all administrations. ”

“Every country will seek to find their point of leverage,” said one person familiar with intelligence intercepts of foreign officials discussing Kushner. ”

“But Kushner came to his position with an unusually complex set of business holdings and a family company facing significant debt issues.”

“A Mexican diplomatic source said that Kushner “has remained strictly professional” in his dealings with the country, “with both sides looking after their interests but trying to find common ground.”

“Officials from the UAE identified Kushner as early as the spring of 2017 as particularly manipulable because of his family’s search for investors in their real estate company, current and former officials said.”

“Kushner’s lack of a final security clearance has drawn scrutiny in recent weeks. He had an interim clearance that gives him access to information at the top-secret level, as well as more highly classified information, such as the president’s daily intelligence briefing. But the application for his final clearance dragged on for more than a year. The downgrading of his interim clearance from top secret to secret was first reported by Politico.” 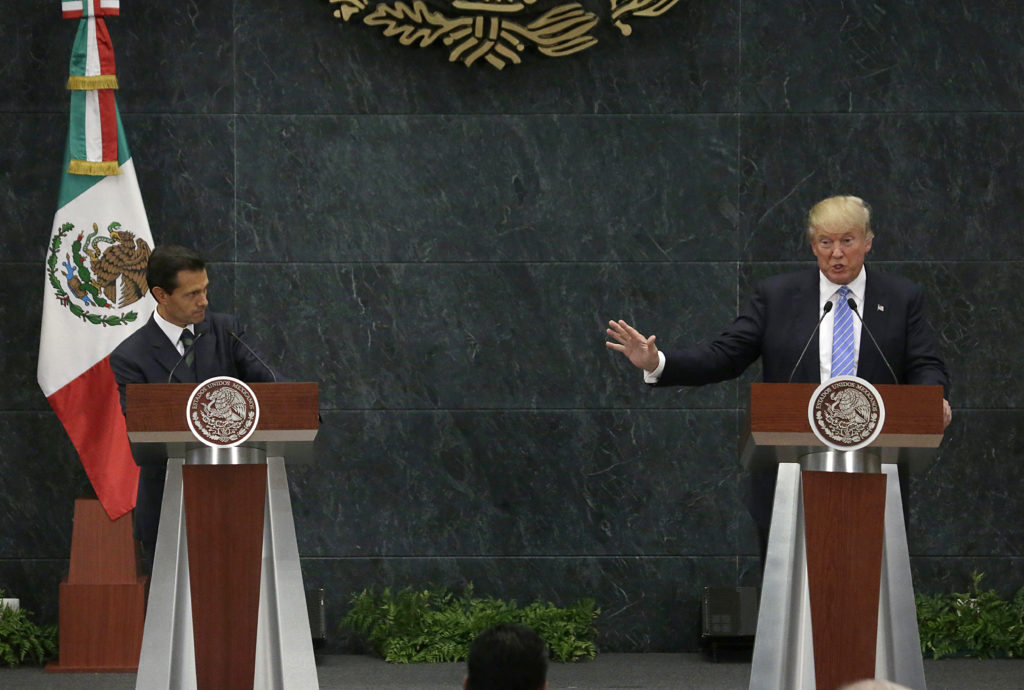 “Kushner has repeatedly amended a form detailing his contacts with foreign persons. Not fully disclosing foreign contacts ordinarily would result in a clearance being denied.”

“On Friday (2/23/18), Trump said White House Chief of Staff John Kelly would make a final decision on whether Kushner would continue to have a security clearance.”

“During 2016, Kushner was simultaneously running his family business, Kushner Cos., and helping to oversee Trump’s campaign. One of his top business concerns was what to do with his family’s investment in 666 Fifth Ave. in New York, which the company bought under his direction for $1.8 billion in 2007, the highest price paid at the time for a U.S. office tower. The purchase became troubled as the Great Recession hit, and Kushner refinanced it, leaving the company with a $1.2 billion debt that comes due in January 2019.”

“The Manhattan property has been a particularly nettlesome problem inside the government because Kushner’s company has sought foreign money on the project.”

“Kushner and his company had proposed a redevelopment plan that would double the building’s size, requiring major new investment. Before Trump took office, Kushner and other company officials explored several options for the financing. They met with an executive of a Chinese-run insurance company, Anbang, which had bought the Waldorf Astoria Hotel. They also discussed a possible investment by the former finance minister of Qatar, who oversaw an investment fund. But after Kushner served as Trump’s senior adviser for a few months in the White House, questions arose about potential conflicts of interest, the financing talks ended, and neither Anbang nor the Qatari fund signed on.”

“Thomas Barrack, a close Trump friend who asked the Qataris to consider investing in the Fifth Avenue property, has told The Washington Post that the refinancing efforts were “crushed” because Kushner’s move to the White House.”

“Questions have also been raised about whether Kushner discussed financing with a Russian banker. Kushner met in December 2016 with Sergey Gorkov, the top executive of Vnesheconombank. The bank has said they talked about “promising business lines and sectors,” but Kushner told Congress that the meeting did not involve any discussion about his family’s company.”