There is no longer an iota of doubt in my mind that the republican President Donald Trump is indeed a Russian asset. Even though he has been fully informed about the latest news presented publicly by the DOJ (Department of Justice) and FBI regarding multiple indictments against Russian operatives and entities involved in meddling in our US 2016 presidential election politics, he has resisted taking any action against them.

It has been so shocking to witness is the republican President Donald Trump’s and his sycophants in the White House and the US Congress’ lack of response to the FBI’s 37 page indictment against 13 Russian nationals and Russian entities, for having criminally interfered in the 2016 US presidential elections, with the goal to sow discord ans chaos among the American peoples and to effect the outcome. 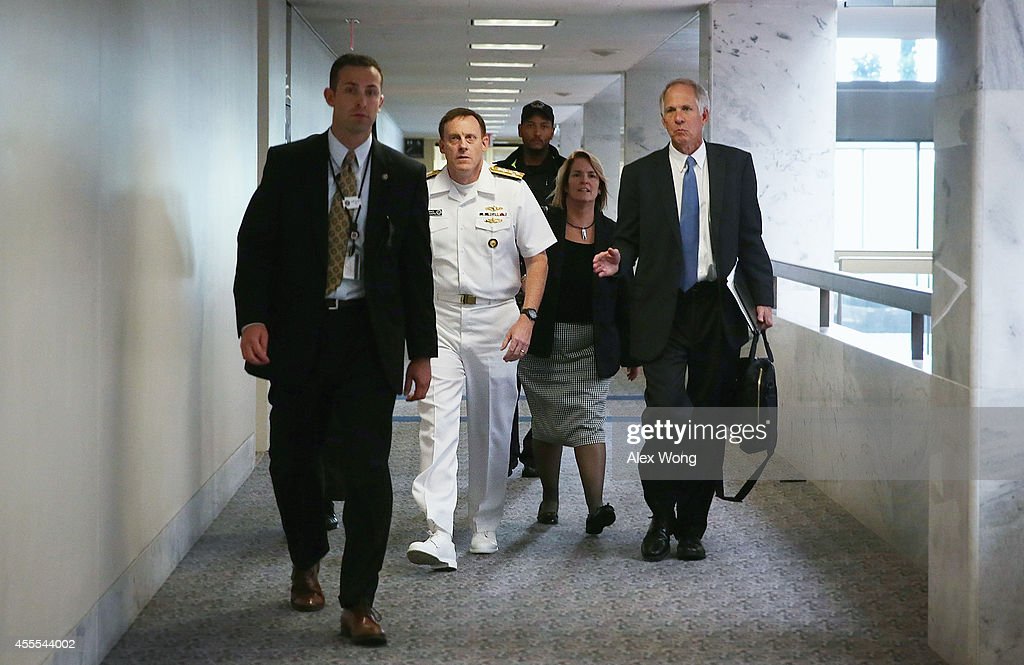 There has been no outcry of  outrage that a foreign adversarial country has attacked our US democracy, emanating from the republicans in the White House and / or the US Congress. They’ve been mum.

“We the people” are not the only ones who are frustrated over our president’s lack of leadership in dealing with the reality that not only were we attacked in 2016 but that Russia officials have not faced any deterrents to keep them from continuing to do our country harm.

The intelligence community is also perplexed over our president’s failure to take any action against Russia. 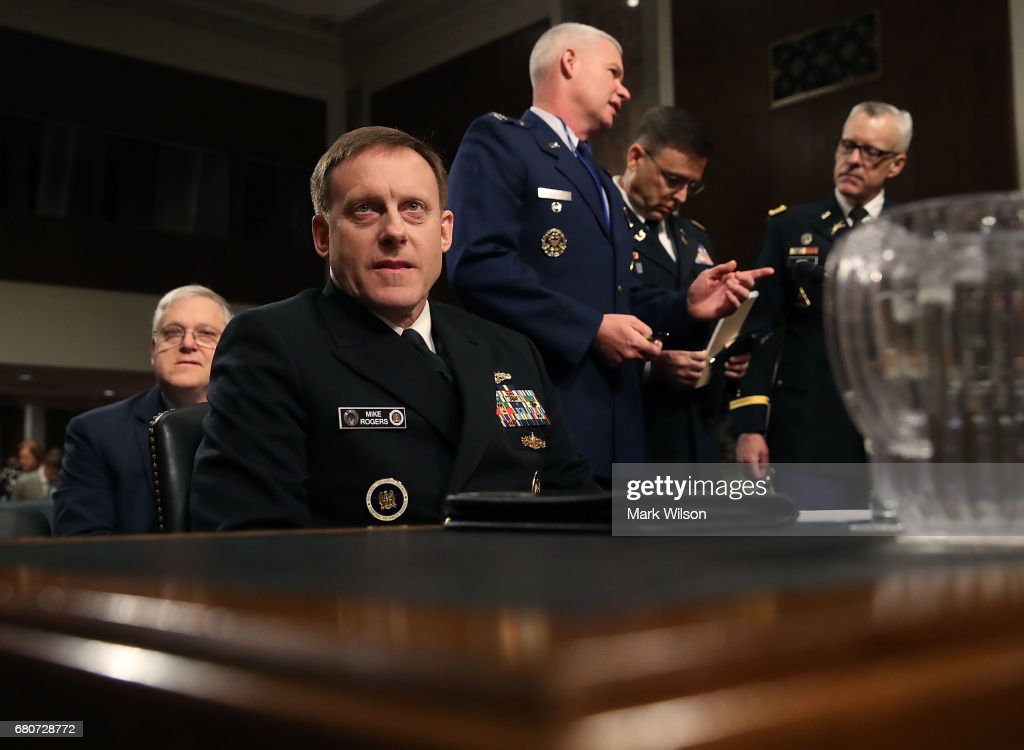 “For months, it’s been acknowledged — often quietly — that the Trump administration isn’t doing much to deter further Russian interference in U.S. elections. The Washington Post reported extensively in December about how President Trump doesn’t even like to talkabout Russian interference — much less act to prevent it — and White House press secretary Sarah Huckabee Sanders struggled last week to name concrete steps he had taken.”

“But we may have just seen our most high-profile admission yet that the U.S. government is asleep at the wheel — from the government itself.”

“Adm. Michael S. Rogers, the head of the National Security Agency and U.S. Cyber Command, made some pretty blunt statements Tuesday (2/27/18) to the Senate Armed Services Committee. Rogers acknowledged that Russian President Vladimir Putin probably believes he’s paid “little price” for the interference and thus hasn’t stopped. He also said flatly that Trump has not granted him any new authorities to strike at Russian cyber-operations.” 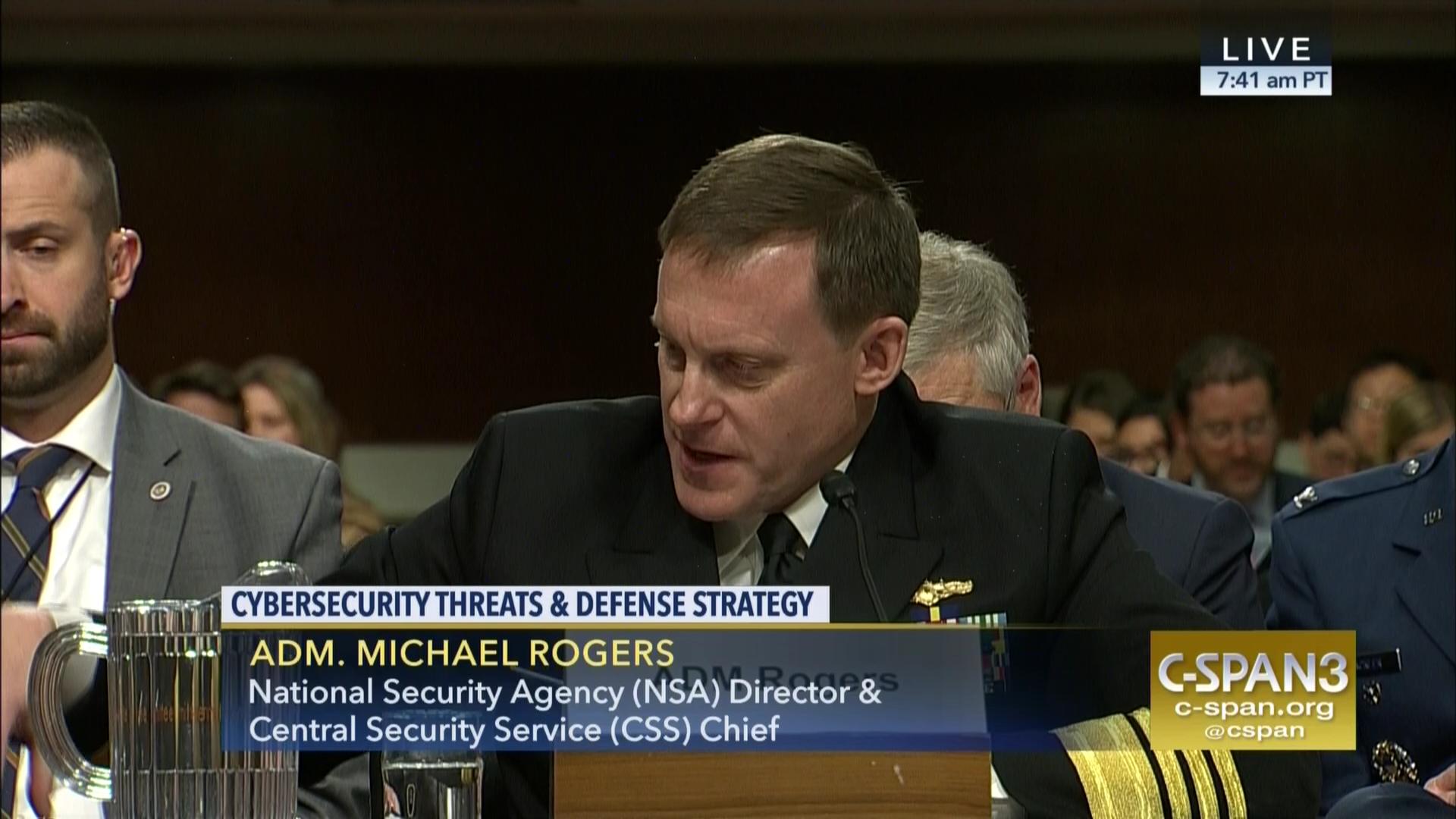 “Rogers’s statements were delivered rather plainly, but it became clear as the hearing progressed that he sensed a lack of drive to prevent a repeat of 2016.”

“What I see on the Cyber Command side leads me to believe that if we don’t change the dynamic here, that this is going to continue, and 2016 won’t be viewed as isolated,” Rogers said. “This is something that will be sustained over time.”

“He said of Russian interference: “We’re taking steps, but we’re probably not doing enough.” He said that sanctions and other measures haven’t “changed the calculus or the behavior” by Moscow. “They haven’t paid a price at least that’s sufficient to get them to change their behavior,” he added.” 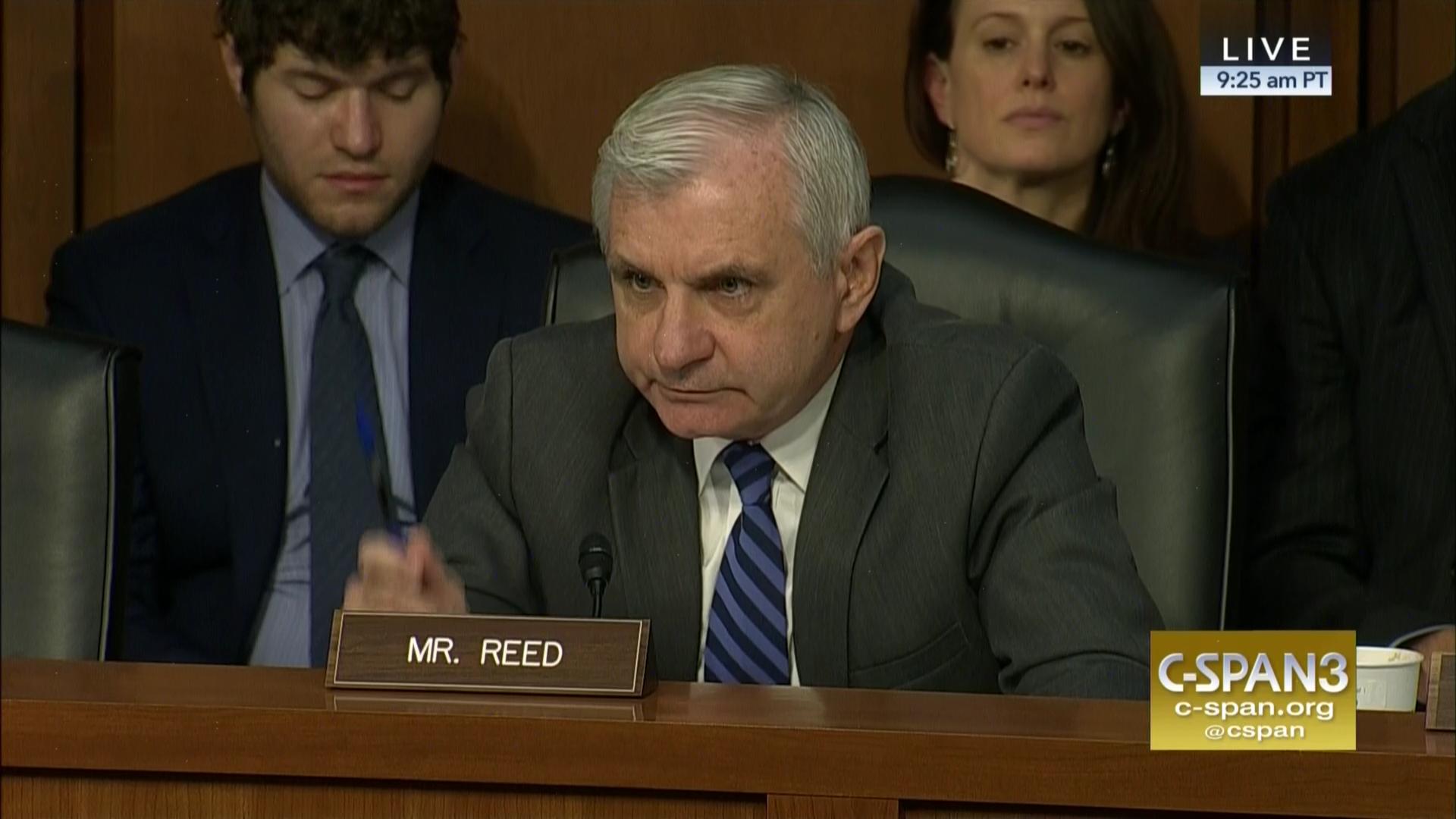 “And in a couple of key moments, he made clear that he hasn’t been given additional authorities. After Sen. Jack Reed (D-R.I.) asked Rogers whether he’d been authorized by either Trump or Defense Secretary Jim Mattis to do more against Russian attacks, Rogers said, “No, I have not.” After Sen. Jeanne Shaheen (D-N.H.) sought some clarification, Rogers said he had taken extra steps within his purview, but that “I haven’t been granted any, you know, additional authorities, capacity and capability, and — no, that’s certainly true.”

“At one point, Reed coaxed this telling exchange out of Rogers:”

“REED: But we’re — essentially, we have not taken on the Russians yet. We’re watching them intrude on our elections, spread misinformation, become more sophisticated, try to achieve strategic objectives that you have recognized, and we’re just essentially sitting back and waiting?”

“ROGERS: I don’t know if I would characterize it as “We’re sitting back and waiting.” But I will say it’s probably — and, again, I apologize, I don’t want to …”

“ROGERS: … get into the classified [information] here. It’s probably fair to say that we have not opted to engage in some of the same behaviors that we are seeing, if I could just keep it at that.”

“That’s very diplomatic, but it’s pretty clear what Rogers is saying. The totality of his testimony suggests that not enough is being done, and that the lack of action is likely to lead to a repeat of what happened in 2016.”

“Exactly what Rogers might want as far as added authorities isn’t clear — and probably wouldn’t be discussed in an unclassified briefing. But even President Barack Obama, whom Trump has criticized for not doing more to combat Russian interference, authorized the planting of cyber-weapons in Russia’s infrastructure, as The Post reported in June.”

“In isolation, Rogers’s comments about not being given additional authorities could be viewed as simply answering a direct question. When combined with his saying “we’re probably not doing enough” and that Putin hasn’t paid enough of a price to change his behavior, it’s clear that Rogers sees something missing from the effort to prevent a repeat: willpower.”