aside President’s Son-In-Law And SR. Advisor Jared Kushner’s Clearance Level Has Been Downgraded

It finally happened. After 14 months of the republican President Donald J. Trump’s son-in-law and Senior Advisor Jared Kushner not being able to be cleared by the FBI, where his interim clearance level is no longer adequate, will be losing access to classified data like the president’s daily briefing book complied by the US intelligence community.

On February 27, 2018, Eliana Johnson and Andrew Restuccia of Politico penned the following report, “Kushner loses access to top-secret intelligence” (“A memo sent Friday downgraded the presidential son-in-law and adviser and other White House aides who had been working on interim clearances.”)

“Presidential son-in-law and adviser Jared Kushner has had his security clearance downgraded — a move that will prevent him from viewing many of the sensitive documents to which he once had unfettered access.”

“Kushner is not alone. All White House aides working on the highest-level interim clearances — at the Top Secret/SCI-level — were informed in a memo sent Friday (2/23/18) that their clearances would be downgraded to the Secret level, according to three people with knowledge of the situation.”

“The SCI acronym stands for sensitive compartmentalized information, a category of information that comes from sensitive intelligence sources and must be walled off.”

“The memo was not signed by chief of staff John Kelly, but it comes as the retired Marine general and other top White House aides are grappling with the fallout of a scandal involving former White House staff secretary Rob Porter, which revealed that dozens of White House aides had yet to receive permanent clearances but nonetheless had access to some of the country’s deepest secrets.” 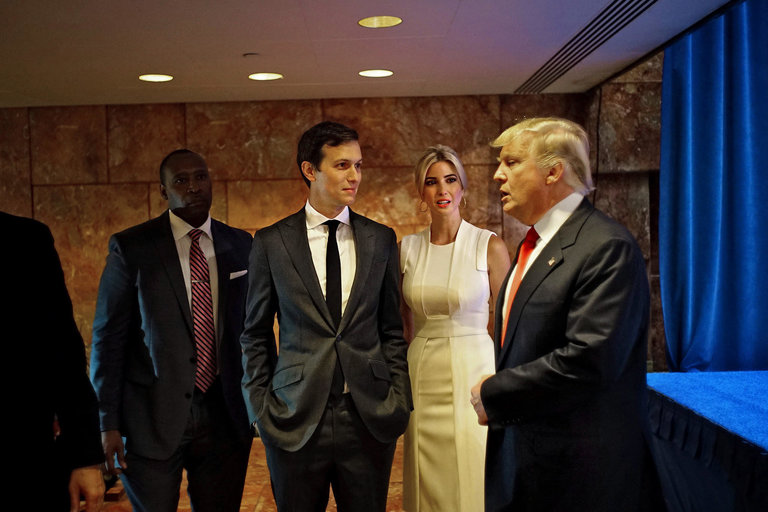 “The president has the ability to grant Kushner a permanent clearance, but Trump said Friday (2/23/18) — the same day the memo was sent — that he was leaving the decision to his chief of staff.”

“I will let General Kelly make that decision,” Trump told reporters. “I have no doubt he’ll make the right decision.”