aside Dear President And GOP, Why Does It Takes A Strong Woman Leader To Stand Up To Russia?

Dear President Trump and US Congressional Republicans, the following actions by UK’s female Prime Minister Theresa May is how a truly tough leader stands up to the likes of Russia’s President Putin. What she doesn’t do is excuse away the Russian Leader’s nefarious activities conducted within the sovereign territory of the UK. Why aren’t republicans remotely act accordingly?

Could it be because too many republicans are covering for the fact the the US President Donald Trump has been acting like a Russian Asset in the White House to where there was a US House Intelligence Committee where its republicans authored a report absolving the president from any involvement in Russia’s major attack on the 2016 US presidential election infrastructure, after 14 months of a sham investigation? This Committee was headed by the Rep. Devin Nunes (R-CA) who did everything possible without success to discredit the FBI and its probe led by the Special Counsel Robert Mueller III into the Trump-Russia inquiry.

On March 14, 2018, Andrew Sparrow is reporting on UK’s response to Russia’s recent use of chemical agents to kill peoples within UK’s territory, “UK expels 23 Russian diplomats over spy poisoning- Politics live.” )”Rolling coverage of the day’s political developments as they happen, including Theresa May and Jeremy Corbyn at PMQs and May’s Commons statement announcing retaliation against Russia after the Russian spy attack”)

High-level contacts with Russia to be cancelled, May says

(UK’s PM Theresa) May is now turning to diplomatic relations.

May says other measures may be taken which will not be publicised.

She says the UK wanted a better relationship with Russia.

It is “tragic” that President Putin has acted like this, she says.

She says the UK does not stand alone. She has spoken to allies who are backing the UK.

It is pushing for a debate at the UN, she says.

She says the government is also trying to ensure the Organisation for the Prohibition of Chemical Weapons can verify what the UK claims.

May says 23 Russian diplomats will be expelled

May sets out the government’s retaliatory measures.

She says there is “no place” for the corrupt elites in the UK.

May says on Monday (3/12/18) she told MPs about how Sergie Skripal and his daughter were poisoned by Novichok, a Russian nerve agent.

She says it was right to offer Russia the chance to respond.

But they responded with “complete disdain”. They offered no explanation, including no explanation as to why they have an undeclared chemical weapons programme in defiance of international law.

May says the government has concluded that the Russian government was responsible. It was an unlawful use of state force. 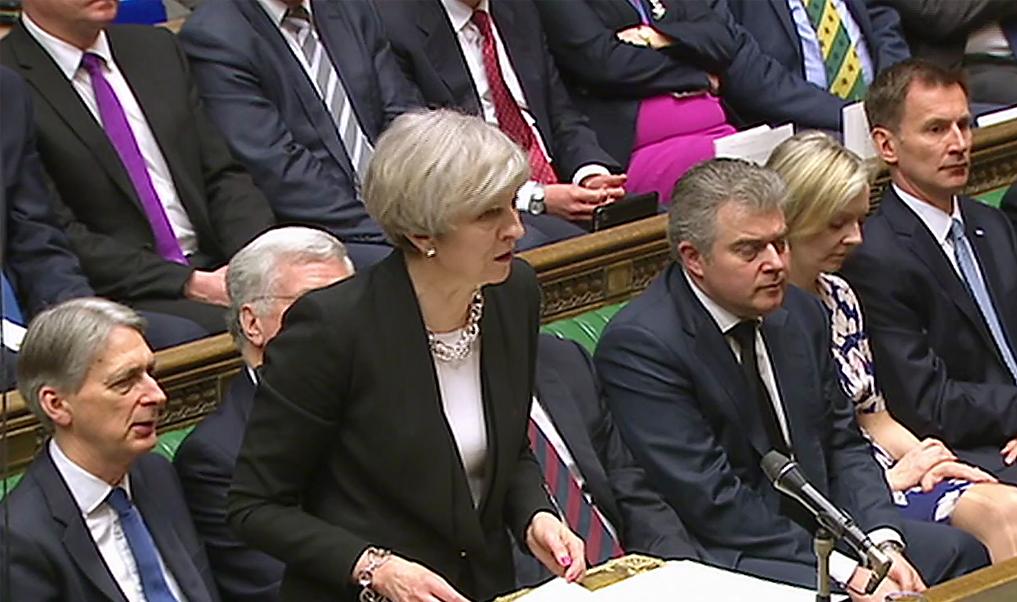 Theresa May starts her Russia statement by paying tribute to the emergency services and the work they have done in Salisbury.

And she praises the “fortitude” of the people of Salisbury.

Here is a very lightly abridged version of Theresa May’s statement, with headlines inserted to make it easier to read.

On Russia’s response to what she said on Monday

Mr Speaker, it was right to offer Russia the opportunity to provide an explanation. But their response has demonstrated complete disdain for the gravity of these events.

They have provided no credible explanation that could suggest they lost control of their nerve agent.

Instead they have treated the use of a military grade nerve agent in Europe with sarcasm, contempt and defiance.

So Mr Speaker, there is no alternative conclusion other than that the Russian State was culpable for the attempted murder of Mr Skripal and his daughter – and for threatening the lives of other British citizens in Salisbury, including Detective Sergeant Nick Bailey.

This represents an unlawful use of force by the Russian State against the United Kingdom.

And as I set out on Monday it has taken place against the backdrop of a well-established pattern of Russian State aggression across Europe and beyond.

It must therefore be met with a full and robust response – beyond the actions we have already taken since the murder of Mr Litvinenko and to counter this pattern of Russian aggression elsewhere.

On what the national security council decided

This morning I chaired a further meeting of the National Security Council, where we agreed

……immediate actions to dismantle the Russian espionage network in the UK

……and additional steps to suspend all planned high-level contacts between the United Kingdom and the Russian Federation.

On the expulsion of Russian diplomats

Mr Speaker, the House will recall that following the murder of Mr Litvinenko, the UK expelled four diplomats.

Under the Vienna Convention, the United Kingdom will now expel 23 Russian diplomats who have been identified as undeclared intelligence officers.

They have just one week to leave.

This will be the single biggest expulsion for over thirty years and it reflects the fact that this is not the first time that the Russian State has acted against our country.

Through these expulsions we will fundamentally degrade Russian intelligence capability in the UK for years to come. And if they seek to rebuild it, we will prevent them from doing so.

Second, we will urgently develop proposals for new legislative powers to harden our defences against all forms of Hostile State Activity.

And I have asked the Home Secretary to consider whether there is a need for new counter-espionage powers to clamp down on the full spectrum of hostile activities of foreign agents in our country.

Mr Speaker, as I set out on Monday we will also table a Government amendment to the Sanctions Bill to strengthen our powers to impose sanctions in response to the violation of human rights.

In doing so, we will play our part in an international effort to punish those responsible for the sorts of abuses suffered by Sergey Magnitsky.

And I hope – as with all the measures I am setting out today – that this will command cross-party support.

Mr Speaker, we will also make full use of existing powers to enhance our efforts to monitor and track the intentions of those travelling to the UK who could be engaged in activity that threatens the security of the UK and of our allies.

So we will increase checks on private flights, customs and freight.We will freeze Russian State assets wherever we have the evidence that they may be used to threaten the life or property of UK nationals or residents.

And led by the National Crime Agency, we will continue to bring all the capabilities of UK law enforcement to bear against serious criminals and corrupt elites. There is no place for these people – or their money – in our country.

As I said on Monday, we have had a very simple approach to Russia: Engage but beware.

And I continue to believe it is not in our national interest to break off all dialogue between the United Kingdom and the Russian Federation.

But in the aftermath of this appalling act against our country, this relationship cannot be the same.

So we will suspend all planned high level bi-lateral contacts between the United Kingdom and the Russian Federation.T

On secret measures being taken against Russia

Finally, Mr Speaker, we will deploy a range of tools from across the full breadth of our National Security apparatus in order to counter the threats of Hostile State Activity.

While I have set out some of those measures today, Members on all sides will understand that there are some that cannot be shared publicly for reasons of National Security.

And, of course, there are other measures we stand ready to deploy at any time, should we face further Russian provocation.

On the UK and the Russian people

We have no disagreement with the people of Russia who have been responsible for so many great achievements throughout their history.

Many of us looked at a post-Soviet Russia with hope. We wanted a better relationship and it is tragic that President Putin has chosen to act in this way.

But we will not tolerate the threat to life of British people and others on British soil from the Russian Government. Nor will we tolerate such a flagrant breach of Russia’s international obligations.

On international support for the UK

In the last twenty-four hours I have spoken to President Trump, Chancellor Merkel and President Macron.

We have agreed to co-operate closely in responding to this barbaric act and to co-ordinate our efforts to stand up for the rules based international order which Russia seeks to undermine.

I will also speak to other allies and partners in the coming days.

And I welcome the strong expressions of support from NATO and from partners across the European Union and beyond.

Later today in New York, the UN Security Council will hold open consultations where we will be pushing for a robust international response.

We have also notified the Organisation for the Prohibition of Chemical Weapons about Russia’s use of this nerve agent. And we are working with the police to enable the OPCW to independently verify our analysis.

Mr Speaker, this was not just an act of attempted murder in Salisbury – nor just an act against UK.

It is an affront to the prohibition on the use of chemical weapons.

And it is an affront to the rules based system on which we and our international partners depend.

We will work with our allies and partners to confront such actions wherever they threaten our security, at home and abroad.

May is responding to Corbyn.

She says she is glad there is consensus in the Commons.

But that consensus does not extend to Corbyn, she says. She says he could have taken the opportunity to condemn the Russian state, but did not. 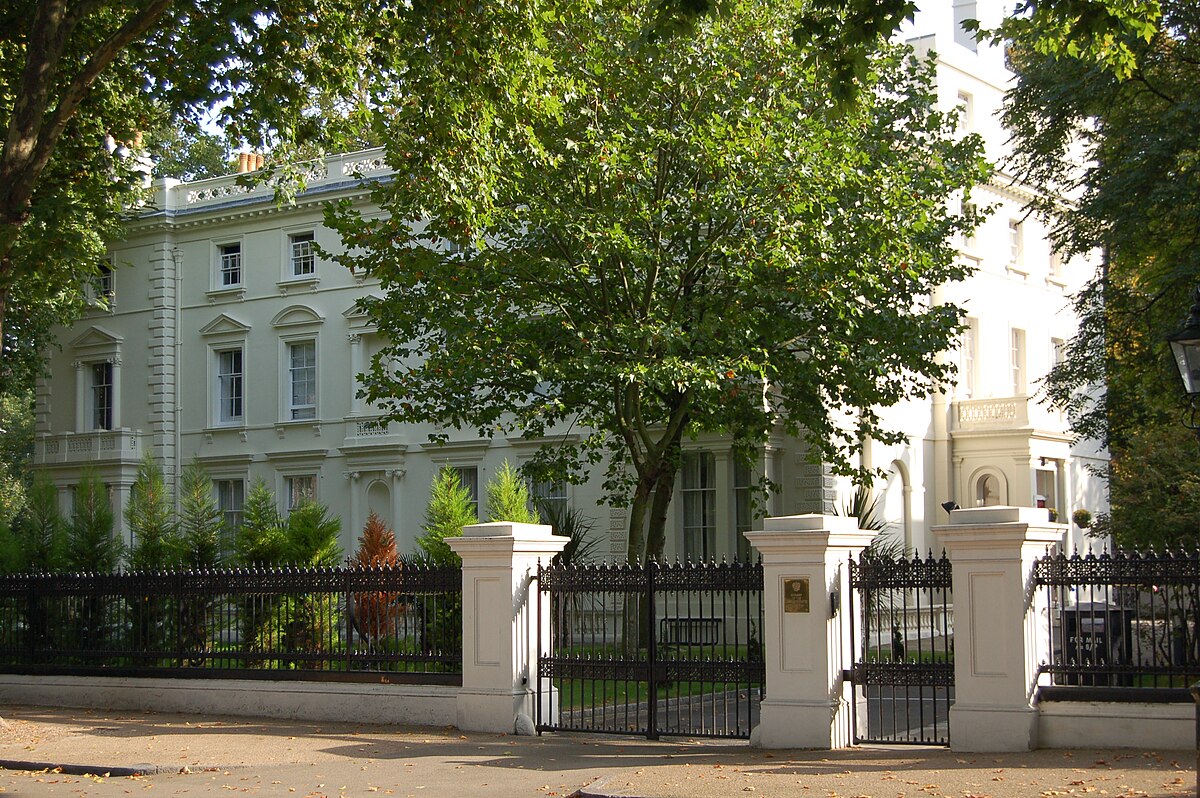 The Russian embassy in London has issued its response to May. In a statement it said:

On 14 of March Russian Ambassador Alexander Yakovenko was summoned to the Foreign and Commonwealth Office where he was informed that 23 diplomats were declared personae non gratae.

We consider this hostile action as totally unacceptable, unjustified and shortsighted.

All the responsibility for the deterioration of the Russia-UK relationship lies with the current political leadership of Britain.