I have been at a loss to explain the actions by the GOP in the US Congress, where many have attempted to turn the Christopher Steele dossier into a bogeyman, showing that this data collected by the highly respected retired MI6 agent with years of experience in Russian matters was the linchpin of the FBI’s Trump Russia probe being led by the Special Counsel Robert Mueller III. Despite new evidence produced by the US House Intelligence Committee’s war of duel memos based on intelligence data that proves otherwise, republicans haven’t backed down on this perceived grievance with no basis in fact but on conspiracy type theories spawned by the right. (See: Christopher Steele, the Man Behind the Trump Dossier | The New Yorker)

But then why should we be surprised. It seems that there was an investigation into the Hillary Clinton foundation within the FBI which came to a head around October-November 2016, but it turns out that this probe had its inception with a right wing Breibart sponsored book called “Clinton Cash.”

Overtime the vast majority of claims alleged within the pages of this book have been thoroughly debunked by every credible fact check organization around, but the FBI agents investigating the foundation were otherwise convinced. These FBI agents clashed with higher ups. The Justice Department leaders nixed the continuation of this inquiry because they rightfully believed that a book full of “fake news” should not be the basis of an FBI probe. This is the atmosphere that permeated the halls of the FBI as this agency was being led by 2 republicans, Director James Comey and the Deputy Director Andrew McCabe. This is also the time period which has been the subject of the Justice Department’s Inspector General’s review which is scheduled to be forthcoming in the Spring of 2018.

“Clinton Cash, penned by Breitbart News Senior Editor-at-Large Peter Schweizer, has been a controversial tome since it came into existence. Clinton defenders frequently point out that the supposedly densely researched book underwent numerous post-publication corrections for inaccuracies. Fact checkers have, at times, taken a dim view of the book as well. As The Guardian’s Ed Pilkington notes, the book is replete with instances in which Schweizer admits that he has no “smoking gun” to back up many of his claims, alongside a host of “cringe inducing” errors.”

“But the Clinton Foundation, it is fair to say, has been equally controversial. While the foundation has earned a four-star rating from Charity Navigator ― a plaudit that adds credence to the notion that it is a gold-standard charitable enterprise ― it’s not controversial to point out that the organization is, nevertheless, a massive clearinghouse for favor-trading and corporate brandwashing. Indeed, as The Associated Press pointed out in November (2016), that four-star rating may itself be compromised, owing to the fact that Charity Navigator has been a Clinton Foundation partner.”

(See: What Bill and Hillary Clinton’s Controversial Foundation Actually Does/ Fortune/ 2016) Note: The foundation earns a solid A rating by charity watchdogs which is more than the republican President Donald Trump can claim.

“None of this has been lost on Pilkington, who, alongside his evaluation of Clinton Cash, offered up this judgment on the Clinton Foundation:”

“Certainly, pundits were warning about the problem of the large sums of money flowing into the Clinton Foundation’s coffers even before Hillary Clinton took up her position as Obama’s global emissary-in-chief. A month before she became secretary of state, the Washington Post warned in an editorial that her husband’s fundraising activities were problematic. “Even if Ms. Clinton is not influenced by gifts to her husband’s charity, the appearance of conflict is unavoidable.” “Since the foundation was formed in 2001, some $2bn has been donated, mainly in big lump sums. Fully a third of the donors giving more than $1m, and more than a half of those handing over more than $5m, have been foreign governments, corporations or tycoons. (The foundation stresses that such largesse has been put to very good use – fighting obesity around the globe, combating climate change, helping millions of people with HIV/Aids obtain antiretroviral drugs at affordable prices.)” 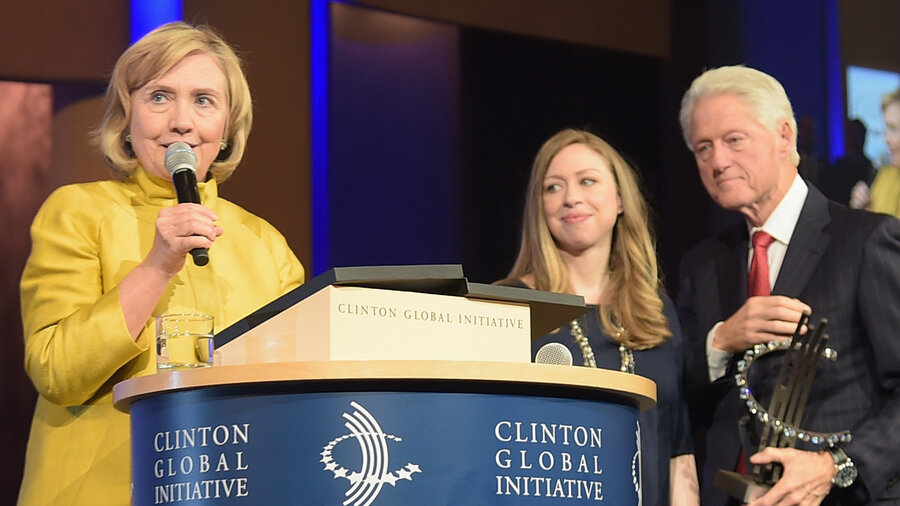 So the Clinton Foundation is eminently scrutinizable. Whether the FBI is the right organization to provide that scrutiny, however, is an open question. And it’s likely that following up on leads generated by Clinton Cash is rife with pitfalls, potentially explaining why the investigation has not “developed much evidence.”

But if the FBI is using Clinton Cash as the basis for inquiry, it should be noted that plenty of journalists have tripped through the same wires. The NY Times, in fact, reported deeply on how the Clinton Foundation and the Clinton State Department were at the nexus of a deal that created Uranium One and greatly enhanced Russian control of uranium production capacity. According to that Times report, “As the Russians gradually assumed control of Uranium One in three separate transactions from 2009 to 2013, Canadian records show, a flow of cash made its way to the Clinton Foundation.” 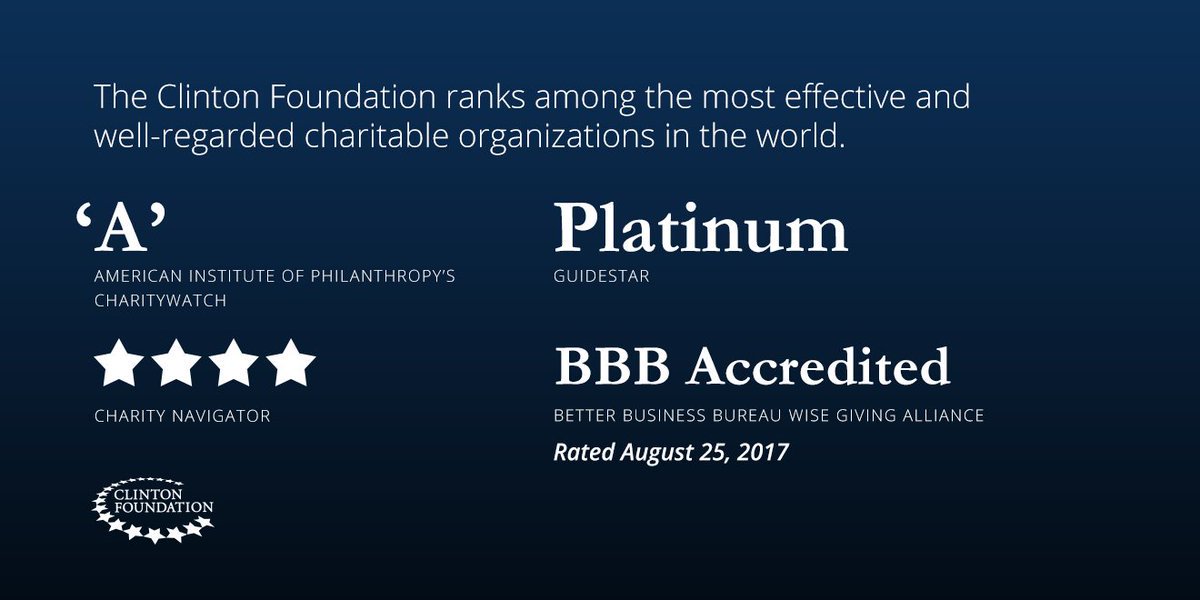 “That Clinton’s State Department had a say in whether the Uranium One deal would go through is a fact that’s inconvenient to the Clintons. That the State Department was just one of many government agencies who had veto power over the deal is a fact that’s inconvenient to their detractors. But the salient point is that the NY Times undertook this investigation based on Schweizer’s book, just as the FBI is reportedly doing. In fact, the Times ― along with Fox News and the Washington Post ― had an informal investigative relationship with Schweizer, in which they would get early access to his research in order to pursue Clinton Cash-related scoops. (Today’s New York Times piece on the FBI fails to disclose that the paper had been party to this arrangement.)”

“So it’s not entirely insane that the FBI might use Schweizer’s dark materials as a jumping-off point for an investigation. But the more important question is: having jumped, where does the FBI intend to land?” 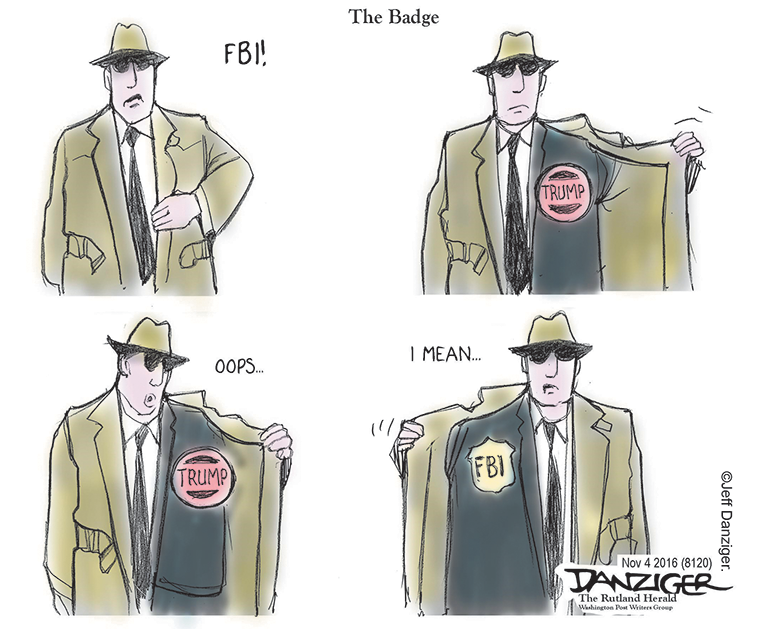 Once upon a time, any kind of arrangement that created even the appearance of political impropriety or corruption faced laws with teeth, as centuries of case law held that this was sufficient on its own to constitute a threat to good government. But in recent years, those laws have been allowed to steadily degrade, culminating in a dire moment for democracy this summer when the Supreme Court overturned the conviction of former Virginia Gov. Bob McDonnell, who’d been found guilty of corruption after engaging in a textbook play-to-play scheme with a political benefactor.

At that time, numerous campaign finance rulings had left courts with little room to move on corruption cases ― in fact, explicit quid pro quo arrangements were, prior to the McDonnell case, held to be the only viable corruption case that could be brought. In the McDonnell case, the Supreme Court was presented with the argument that such quid pro quo arrangements were essential to governing. (Chief Justice John Roberts seemed especially taken with an amicus brief from “former White House counsels to Presidents Barack Obama, George W. Bush, Bill Clinton, George H.W. Bush, and Ronald Reagan” that argued that upholding the McDonnell conviction would “cripple the ability of elected officials to fulfill their role in representative democracy.”) “I’m not sure if the FBI has lately tested the way the winds are blowing in regard to corruption cases, but if they have, they’ll have probably surmised that the current legal environment portends against successfully making a case in court.”

“One of the more interesting things about the Clinton Foundation is that it is subject to laws that force it to be more transparent, than, say, the dark money organizations that have sprung up alongside our judicial system’s general retreat from the corruption arena.”

“We should probably be glad that we know as much as we do about the Clinton Foundation, because it’s not a particularly bright future to which to look forward. Right now, interest in fighting corruption depends on hyper-partisan actors who’ll happily overlook the crimes of those to whom they have allied themselves and law enforcement agencies that can’t say with any certainty that a court might be interested in taking any case they make. And that truly is a pity.”

Once upon a time, most of the guys  that President Trump has been targeting with his ire may have been supporters.

See: What you need to know about Hillary Clinton, Russia, and uranium/ PolitiFact