It’s happened. We are now the USA under Russia where journalists are told what to say, to spew the governments talking points/ propaganda. Under the republican Donald Trump’s administration, the FCC is viewing favorably a right wing conservative media company, Sinclair Broadcast Group bid to buy over 170 local TV news channels, to where the executives can order its journalists to read a script of right wing talking points while its audience is clueless about its conservative bias. In March, TV reporters  now working for the Sinclair Broadcast Group were found across the USA spouting the same lines. They were following a script.

The Sinclair Broadcast Group has been poised to purchase the Tribune Media property since May, 2017 which would significantly increase its market share of the viewing public. One out of many roadblocks has to do with the FCC’s Inspector General conducting a review into whether the FCC chairman, Ajit Pai, improperly coordinated with Sinclair on regulatory decisions that enabled the success of this merger.

On April 2, 2018, Jacey Fortin of the New York Times penned the following report, “Why Sinclair Made Dozens of Local News Anchors Recite the Same Script”

“On local news stations across the United States last month, dozens of anchors gave the same speech to their combined millions of viewers.”

“It included a warning about fake news, a promise to report fairly and accurately and a request that viewers go to the station’s website and comment “if you believe our coverage is unfair.”

“It may not have seemed strange until viewers began to notice that the newscasters from Seattle to Phoenix to Washington sounded very similar. Stitched-together   videos  on social media showed them eerily echoing the same lines:”

“The sharing of biased and false news has become all too common on social media.”

“Some members of the media use their platforms to push their own personal bias.”

“This is extremely dangerous to our democracy.”

“The Seattle Post-Intelligencer published a copy of the speech and reported that employees at a local news station there, KOMO, were unhappy about the script. CNN  reported on it on March 7 and said Scott Livingston, the senior vice president of news for Sinclair, had read almost the exact same speech for a segment that was distributed to outlets a year ago.”

“Dave Twedell of the International Cinematographers Guild, who is a business representative for photojournalists (but not anchors) at KOMO in Seattle and KATU in Portland, Ore., said Sinclair told journalists at those stations not to discuss the company with outside news media.”

“Although it is the country’s largest broadcaster, Sinclair is not a household name and viewers may be unaware of who owns their local news station. Critics have accused the company of using its stations to advance a mostly right-leaning agenda.”

Sinclair regularly sends video segments to the stations it owns. These are referred to as “must-runs,” and they can include content like terrorism news updates, commentators speaking in support of President Trump or speeches from company executives like the one from Mr. Livingston last year.”

“But asking newscasters to present the material themselves is not something that Kirstin Pellizzaro, a doctoral candidate at Arizona State University’s Walter Cronkite School of Journalism and Mass Communication, remembered from her experience as a producer at a Sinclair-owned news station in Kalamazoo, Mich., from 2014 to 2015.”

“The station had to air “must-run” segments that came from Sinclair, which is based outside Baltimore. “Some of them were a little slanted, a little biased,” Ms. Pellizzaro said. “Packages of this nature can make journalists uncomfortable.”

“Sinclair representatives did not immediately respond to requests for comment on Sunday. But Mr. Livingston told The Baltimore Sun that the script was meant to demonstrate Sinclair’s “commitment to reporting facts,” adding that false stories “can result in dangerous consequences,” referring to the Pizzagate conspiracy as an example.” 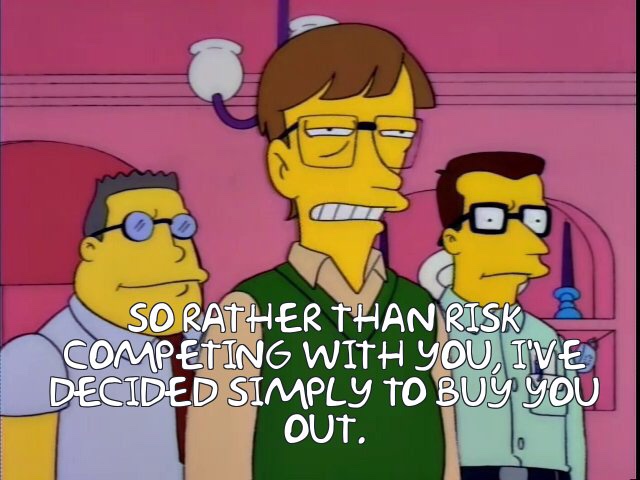 “Ms. Pellizzaro said she can talk about Sinclair more freely now because she is working in academia, whereas journalists at stations owned by Sinclair might feel pressured not to bite the hand that feeds them.”

“I hope people realize that the journalists are trying their best, and this shouldn’t reflect poorly on them,” she said. “They’re just under this corporate umbrella.”

“Sinclair has been accused of using connections in the Trump administration to ease regulations on media consolidation. In an effort to expand its reach, the company is seeking approval from the Justice Department and the Federal Communications Commission for a $3.9 billion deal to buy Tribune Media.”