aside Where Is President’s Red Line When Syrian Military Used Chemical Weapons On Civilians? 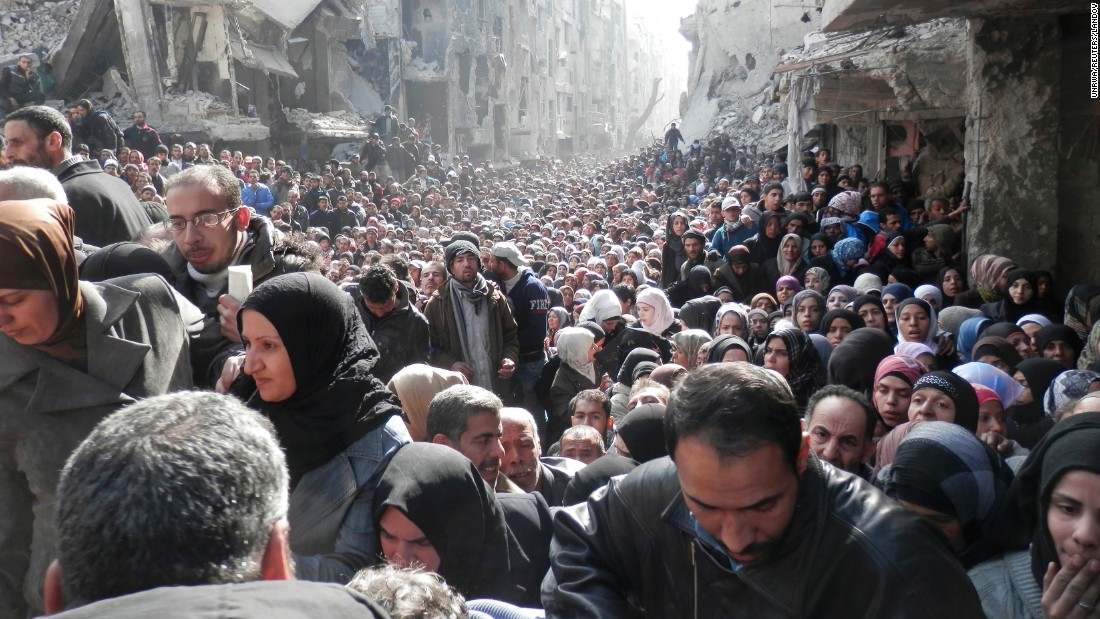 The usage of chemical weapons on innocents by Syrian military is what happens when the republican President Donald Trump announces future plans to completely withdraw US military from Syria in the near future. Russia can now operate with impunity in the region while backing Syria’s brutal leader, Bashar Al Assad.

Where is the US president’s red line?

On April 8, 2018, Ben Hubbard of the New York Times penned the following report, “Dozens Suffocate in Syria as Government Is Accused of Chemical Attack”

“Dozens of Syrians choked to death after a suspected chemical attack struck the rebel-held suburb of Douma, sending a stream of patients with burning eyes and breathing problems to medical clinics, aid groups said on Sunday.”

“Medical and rescue groups blamed President Bashar al-Assad’s government for the assault on the suburb, east of the capital, Damascus, which took place after dusk on Saturday.”

“Foreign governments expressed alarm at the reports of an attack, and the British Foreign Office called for an urgent investigation, saying that if the use of chemical weapons proved to be true, “it is further proof of Assad’s brutality.” 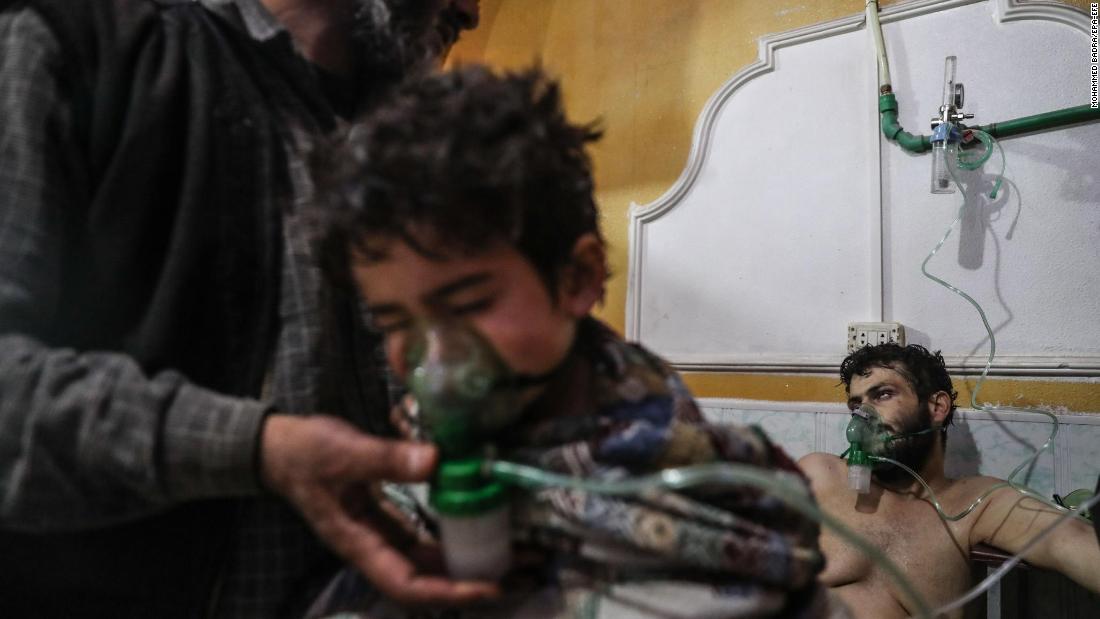 “Rescue workers reported finding at least 42 people dead in their homes from apparent suffocation, and anti-government activists circulated videos of lifeless men, women and children sprawled on floors.”State news media in Syria denied that government forces had used chemical weapons and accused the rebel group that controls Douma, the Army of Islam, of fabricating the videos to solicit international support as defeat loomed.”

“The Russian Defense Ministry also denied that chemical weapons had been used.”

“It was not possible to independently verify the reports because Douma is surrounded by the Syrian government, which prevents access by journalists, aid workers and investigators.”

“A new, confirmed chemical attack in Syria would pose a dilemma for President Trump, who ordered military strikes on a Syrian air base after the chemical attack last year but has more recently said he wants to get the United States out of Syria.” 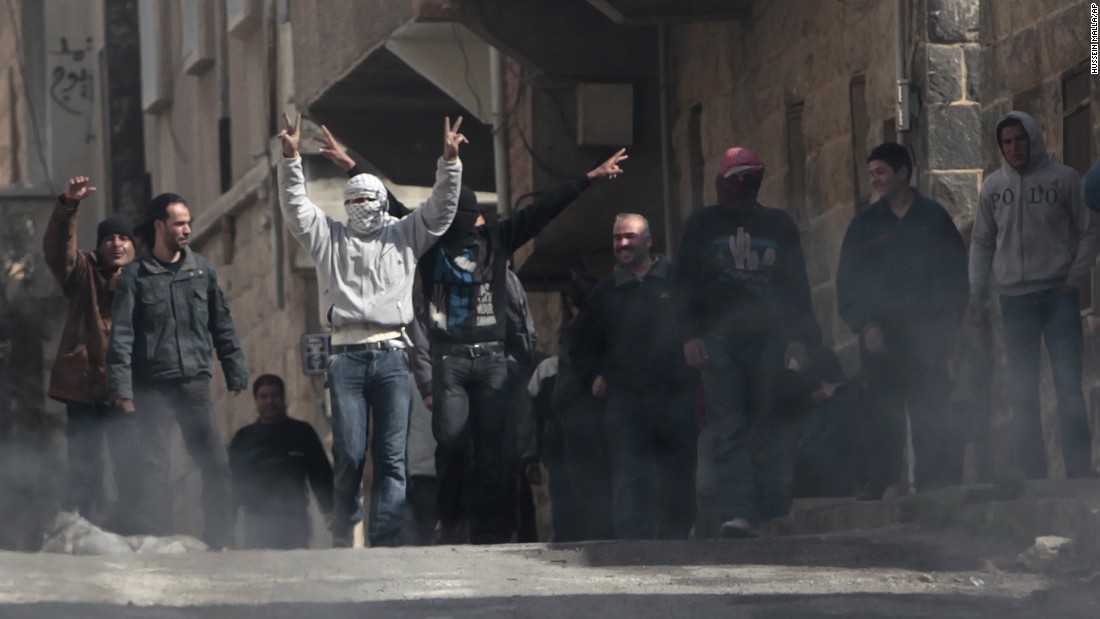 “The attack occurred near the end of a monthslong push by the Syrian government to retake a group of towns east of Damascus known as Eastern Ghouta. The towns have been held by rebels seeking to topple Mr. Assad since the early years of the Syrian civil war, and the rebels have often shelled Damascus, killing civilians.”

“The Syrian government and its allies, the Russian military and militias backed by Iran, have surrounded and bombarded the area, killing more than 1,600 people and forcing tens of thousands to flee, according to the Syrian Observatory for Human Rights, which monitors the conflict from Britain through contacts in Syria.”

“In a joint statement, the Syrian American Medical Society, which supports clinics in opposition areas of Syria, and the Syrian Civil Defense, the so-called White Helmets who rescue people in the wake of airstrikes, said the chemical attack occurred after a day of heavy bombardment by the Syrian military and its allies.”

“After the assault, more than 500 people went to medical centers “with symptoms indicative of exposure to a chemical agent,” the statement said, including trouble breathing, foaming at the mouth, burning eyes and the “emission of a chlorine-like odor.”

“One person was dead on arrival at a clinic, six others died after they got there, and rescue workers reported finding more than 42 dead in their homes, the statement said. The people could not be evacuated because of strong odors and a lack of equipment.”

“The reported symptoms indicate that the victims suffocated from the exposure to toxic chemicals,” the statement said.”

“The United States government said it was working to verify whether chemical weapons had been used.”

“The Assad regime and its backers must be held accountable, and any further attacks prevented immediately,” a State Department spokeswoman, Heather Nauert, said in a statement. Ms. Nauert noted a sarin gas attack in April 2017 in northwestern Syria that the United States and the United Nations blamed on the Syrian government.”