aside Did The US Government Mislead Supreme Court Justices’ About The President’s Travel Ban? 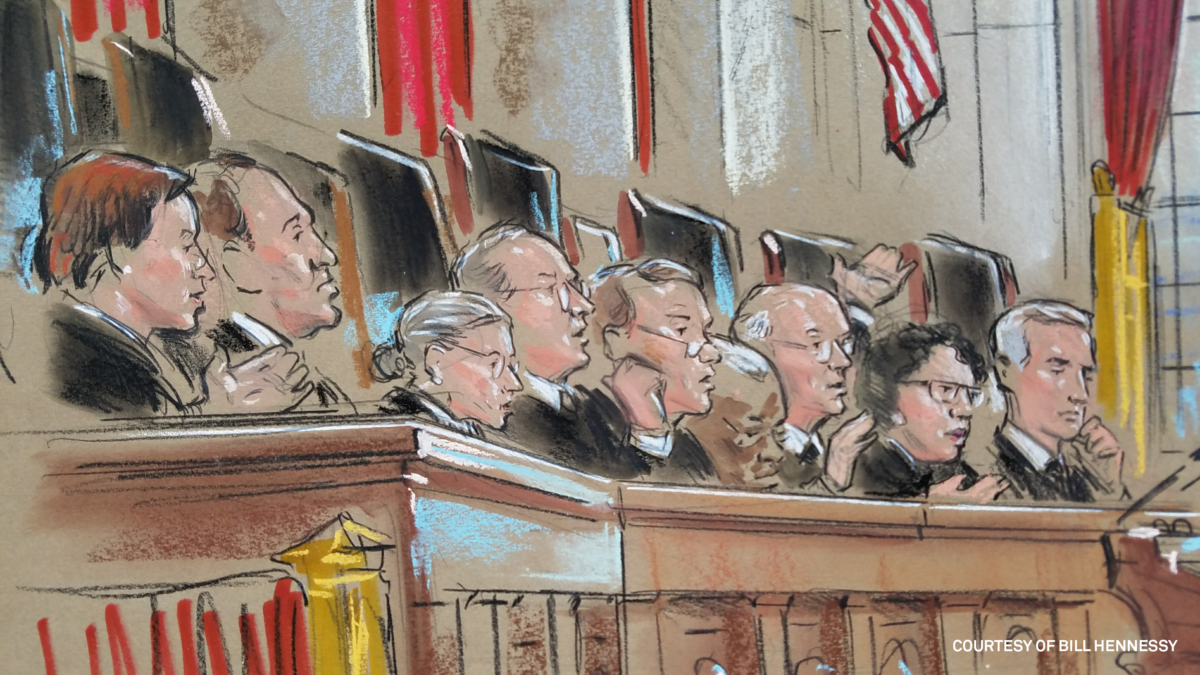 One of the arguments in favor of the republican President Donald Trump’s travel ban is that the countries included in its list, have a system of vetting peoples requesting visas to the USA which possibly do not measure up to the standards met by counties not listed. But this assertion is countered by an audit conducted by the US Government Accounting Office which reported that many countries which had signed HSPD-6 agreements (US vetting requirements) but are not included in the travel ban, had failed to implement them. It seems that countries on and off the president’s travel ban do not always comply with the president’s minimum vetting requirements. So, how is it that the president is using this inconsistently applied requirement to justify which countries are included in his travel ban?

On April 30, 2018, Sophia Brill of the LawFare blog penned the following report, “Was the Supreme Court Given Accurate Information During the Travel Ban Argument?”

“During last Wednesday’s (4/25/18) oral argument at the Supreme Court, Solicitor General Noel Francisco said that the president’s travel ban excludes nationals of countries that fail to provide a “minimum baseline of information” needed to vet people entering the United States and that “the vast majority of the world” meets this “baseline.” Francisco described “reporting terrorism history information,” “reporting criminal history,” and “cooperat[ing] with us on a real-time basis” as part of that minimum. And he said repeatedly that the countries on the banned list, Somalia excepted, are the only ones that fail to meet this minimum standard.”

“The basis for these claims is not at all apparent. According to a report by the Government Accountability Office from May 2016, more than one-third of the 38 countries participating in the visa-waiver program failed to deliver on their agreements to share identity information about known or suspected terrorists. A third (it is not clear whether the same third) also failed to share criminal history information about their nationals. This is according to reporting by the Department of Homeland Security itself.”

Consider that again: As of 2016, about a dozen countries among a group of nations considered to be close security allies did not provide what the solicitor general described as “the bare minimum—terrorism history, criminal history—that we need to protect the country.”

Granted, there are some potential ways in which the solicitor general’s declaration about the “vast majority of the world” meeting this baseline might be true. The GAO report noted that some visa-waiver countries may share information about known or suspected terrorists with U.S. agencies outside the context of the particular information-sharing agreements, known as “HSPD-6 agreements,” which are the express mechanism by which other countries agree to provide information about suspected known or suspected terrorists. Additionally, some countries may have improved their information-sharing practices in the two years since the GAO report was written.”

“Through public sources, there is no way to know with certainty how many of the other countries not participating in the visa-waiver program provide the United States with lists of known or suspected terrorists. But the available evidence suggests it is not the over-whelming majority—or even a majority at all. First, GAO wrote an updated report on May 3, 2017 stating that as of that date DHS had not yet even developed a time frame for non-compliant visa-waiver countries to implement their HSPD-6 agreements. (In other words, these countries had all signed agreements, but the difficulty was in getting them to deliver.) Second, logic suggests that if many of our closest allies are lagging in providing this information, then it would be the exception, rather than the rule, for nations with whom we have less established security relationships to do so.”

Third, in a prepared speech given less than three months ago, the State Department’s ambassador-at-large and coordinator for counter-terrorism touted the fact that as of that time, the department had entered into a total of 69 HSPD-6 agreements with other countries. That is a commendable number, but it is obviously not a majority of the world’s nations. Moreover, the fact that a country has signed an HSPD-6 agreement does not necessarily mean that it is sharing information about terrorists. In fact, the very problem highlighted by the GAO reports just described was that all visa-waiver countries had signed HSPD-6 agreements but many had failed to implement them.

Finally, and perhaps for these reasons, the president’s proclamation itself is not entirely precise when it defines the “baseline for the kinds of information required from foreign governments.” It says the baseline “incorporates”—not requires—“three categories of criteria”—not requirements. The criteria within the proclamation’s category for national security and public-safety information “include whether the country makes available … known or suspected terrorist and criminal-history information upon request,” as well as two other factors. So the proclamation does not exactly say that providing this information is an absolute minimum requirement. Nor, for that matter, do the government’s written briefs filed before the Supreme Court.”

Nonetheless, the justices Wednesday were given an image of a world in which a clear baseline was applied neutrally for every country—and in which a country’s failure to provide information about known or suspected terrorists is obvious grounds for being subject to the travel ban. To underscore this point, the solicitor general described a hypothetical in which “Jane Doe shows up at our border with a valid visa, but after the visa was issued … her home country learns that she is associated with a terrorist organization and doesn’t tell us.” In that instance the home country would have failed to meet “that minimum baseline of information needed to determine admissibility,” earning the country a place on the travel ban list.

The truth may well be that most countries fall into this category. At the least, it is difficult to fathom that “the vast majority of the world”—every nation from Angola to Zimbabwe, save those subject to the ban—meets that kind of a baseline. This is, of course, a question to which DHS likely has the answer. But in the absence of any documented evidence or further explanation from the government, the claim would provide a shaky basis for a decision by the court in favor of the president.