aside FBI’s Special Counsel Mueller Has Tapes Of Meeting Between Don Trump Jr. And Russian Official 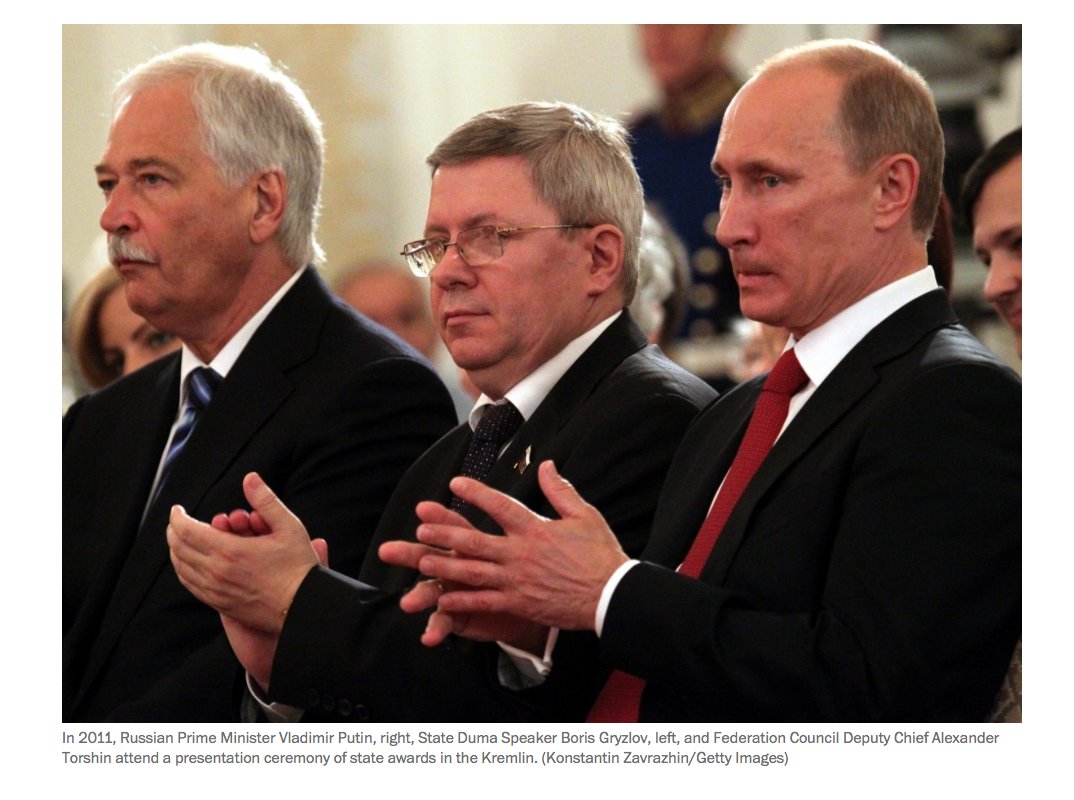 There are news reports detailing another Russian connection between the republican Donald Trump’s son Don Jr. and Alexander Torshin, a deputy governor of Russia’s Central Bank who has forged close ties with U.S. lawmakers and the National Rifle Association, that led to a meeting with Donald Trump Jr. during the gun lobby’s annual convention in Louisville, Ky., in May 2016. This time the FBI’s Special Counsel Robert Mueller has the tapes of this meeting in his possession.

I’m sick of President Trump framing the FBI’s Trump-Russia probe being led by Special Counsel Robert Mueller III as a “witch hunt” with there being no collusion between Russian officials and the president’s campaign team. I don’t know of any previous campaign staffers who could lay claim to 75 plus meetings with Russian operatives without raising suspicion from law enforcement officials, and the president is NO exception. Try the words like, Rico Act and conspiracy. Since the president and his fellow republicans have been acting like a mafia organization, why not treat their misdeeds, accordingly.

See: All the known times the Trump campaign met with Russians/ Washington Post

On May 25, 2018, Michael Isikoff of Yahoo News penned the following report, “‘Trump’s son should be concerned’: FBI obtained wiretaps of Putin ally who met with Trump Jr.”

“The FBI has obtained secret wiretaps collected by Spanish police of conversations involving Alexander Torshin, a deputy governor of Russia’s Central Bank who has forged close ties with U.S. lawmakers and the National Rifle Association, that led to a meeting with Donald Trump Jr. during the gun lobby’s annual convention in Louisville, Ky., in May 2016, a top Spanish prosecutor said Friday.”

“José Grinda, who has spearheaded investigations into Spanish organized crime, said that bureau officials in recent months requested and were provided transcripts of wiretapped conversations between Torshin and Alexander Romanov, a convicted Russian money launderer. On the wiretaps, Romanov refers to Torshin as “El Padrino,” the godfather.”

“Just a few months ago, the wiretaps of these telephone conversations were given to the FBI,” Grinda said in response to a question from Yahoo News during a talk he gave at the Hudson Institute, a conservative think tank in Washington. Asked if he was concerned about Torshin’s meetings with Donald Trump Jr. and other American political figures, Grinda replied: “Mr. Trump’s son should be concerned.”

“Grinda said that the FBI, in its request for the evidence to the Guardia Civil, the Spanish National Police, provided no explanation as to why it was interested in the material and he didn’t ask for one. “I don’t have to ask them why they want this information,” he said. But Grinda added that if Mueller or any other U.S. prosecutor seeks to use the material as part of a court case, they would have to make a second, more formal request to do so to the Spanish government.”

“Torshin has been the subject of intensifying U.S. government and congressional scrutiny over the past year and was recently among a lengthy list of oligarchs and Russian political figures sanctioned by the Treasury Department.  As reported by Yahoo News and the Spanish newspaper El País last year, the Spanish National Police were preparing to arrest Torshin in August 2013, when he was expected to fly to the Spanish island of Mallorca in August for the birthday party of Romanov. The arrest plan, which involved the deployment of more than a dozen police officers at the airport and at the hotel where the party was supposed to take place, grew out of a lengthy investigation headed by Grinda into Russian organized crime and money laundering. As part of the probe, the Guardia Civil wiretapped Romanov’s phone and picked up 33 conversations with Torshin.”

“But Torshin never showed up for the party and he was never arrested. Grinda confirmed in an interview after his talk that some in the Guardia Civil suspected that Torshin had been tipped off to the arrest plan by Russian officials who had been asked to cooperate in the Spanish probe. But Grinda added that he was unable to prove that was why Torshin never showed up for the party.”

“An NRA lawyer, in responses to Wyden, said that Torshin has only paid his membership dues to the group and that, based on an internal review, the NRA received a total of only $2,500 from about 23 Russia-linked contributors since 2015. However, the NRA is now reviewing its relationship with Torshin in light of the Treasury Department blacklisting him last month. “Based on Mr. Torshin’s listing as a specially designated national as of April 6, we are currently reviewing our responsibilities with respect to him,” NRA general counsel John Frazer wrote to Wyden.”