aside Has Anyone Asked the Question, What If Jesus Was Gay? 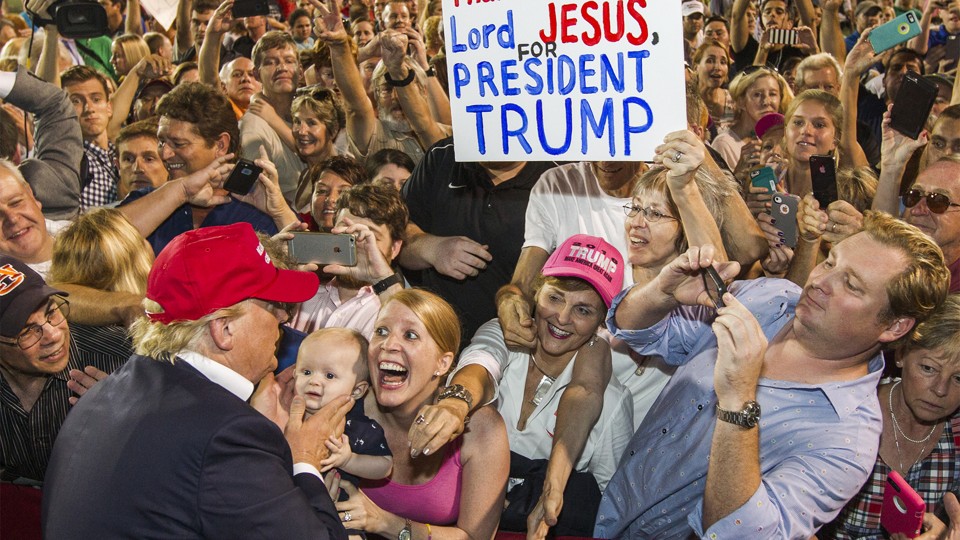 I’ve been become somewhat obsessed with the Evangelical community who voted for the republican President Donald Trump and who continue to support this man whom I see as evil. The Evangelical Christians have continued to back this leader who is a chronic liar, has racist impulses, has bragged about grabbing women in their private parts, has a history of serial adultery, and this is just for starters. These Evangelicals comprise about 35% of the president’s base.

I am always open to being wrong as I am not the final arbiter of truth and what is right. But in this case the president’s actions can’t be excused away. I am talking about the policy his administration had announced on the 7th of May 2018, where little children, even infants and toddlers have to be separated from their parents who are daring to seek asylum at the US/ Mexico border for an indeterminate amount of time. THIS IS NOT CURRENT LAW, BUT A POLICY THAT CAN BE ADJUSTED UNILATERALLY BY OUR PRESIDENT AT ANY POINT IN TIME.  Frankly, the bible that I read is very clear as to how Jesus feels about those who mistreat his little ones.

I openly admit that I am a person of faith. The silence of my Evangelical brothers and sisters on this issue is deafening and disturbing. have been ruminating over the possibility that we here on earth are all being tested as to how we all contribute towards bringing out the best in others, how we treat others the way we would want to be treated.

I have asked myself the hypothetical question,  what if our Black brothers and sisters are the lost Hebrew Israelite Jews as described in the Bible in Deuteronomy, Chapter 28?

Many Evangelicals are obsessed with the ‘end times” and in the bible, it is clear that those who mistreat their Israeli brothers and sisters will be held to account. It would be an eye opener if these Christians who are backing a president with racist impulses, learned that their Black brothers and sisters fit this definition.

See: US Black Brothers And Sisters Claim To Be The Hebrew Israelites/Gronda Morin

Now what if the Jesus that we of faith follow, was gay. There is nothing in the bible that counters this possibility. Jesus Christ could have been gay or heterosexual or even just celibate. The point is that we don’t know. I mention this as many in the Evangelical community seem to have a negative obsessive judgmental attitude towards the LGBT folks. 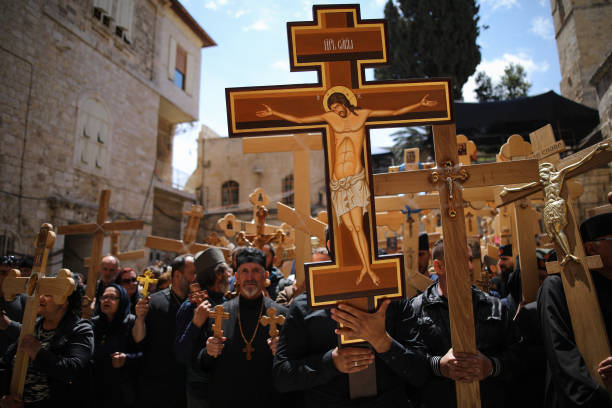 Preaching on Good Friday on the last words of Jesus as he was being executed makes great spiritual demands on the preacher. The Jesuits began this tradition. Many Anglican churches adopted it. Faced with this privilege in New Zealand’s capital city, Wellington, my second home, I was painfully aware of the context, a church deeply divided worldwide over issues of gender and sexuality. Suffering was my theme. I felt I could not escape the suffering of gay and lesbian people at the hands of the church, over many centuries.”

“Was that divisive issue a subject for Good Friday? For the first time in my ministry I felt it had to be. Those last words of Jesus would not let me escape. “When Jesus saw his mother and the disciple whom he loved standing near, he said to his mother, ‘Woman behold your son!’ Then he said to the disciple. ‘Behold your mother!’ And from that hour the disciple took her to his own home.”

“That disciple was John whom Jesus, the gospels affirm, loved in a special way. All the other disciples had fled in fear. Three women but only one man had the courage to go with Jesus to his execution. That man clearly had a unique place in the affection of Jesus. In all classic depictions of the Last Supper, a favourite subject of Christian art, John is next to Jesus, very often his head resting on Jesus’s breast. Dying, Jesus asks John to look after his mother and asks his mother to accept John as her son. John takes Mary home. John becomes unmistakably part of Jesus’s family.”

“Jesus was a Hebrew rabbi. Unusually, he was unmarried. The idea that he had a romantic relationship with Mary Magdalene is the stuff of fiction, based on no biblical evidence. The evidence, on the other hand, that he may have been what we today call gay is very strong. But even gay rights campaigners in the church have been reluctant to suggest it. A significant exception was Hugh Montefiore, bishop of Birmingham and a convert from a prominent Jewish family. He dared to suggest that possibility and was met with disdain, as though he were simply out to shock.”

“After much reflection and with certainly no wish to shock, I felt I was left with no option but to suggest, for the first time in half a century of my Anglican priesthood, that Jesus may well have been homosexual. Had he been devoid of sexuality, he would not have been truly human. To believe that would be heretical.”

“Heterosexual, bisexual, homosexual: Jesus could have been any of these. There can be no certainty which. The homosexual option simply seems the most likely. The intimate relationship with the beloved disciple points in that direction. It would be so interpreted in any person today. Although there is no rabbinic tradition of celibacy, Jesus could well have chosen to refrain from sexual activity, whether he was gay or not. Many Christians will wish to assume it, but I see no theological need to. The physical expression of faithful love is godly. To suggest otherwise is to buy into a kind of puritanism that has long tainted the churches.”

“Whether Jesus was gay or straight in no way affects who he was and what he means for the world today. Spiritually it is immaterial. What matters in this context is that there are many gay and lesbian followers of Jesus – ordained and lay – who, despite the church, remarkably and humbly remain its faithful members. Would the Christian churches in their many guises more openly accept, embrace and love them, there would be many more disciples.”