TV news hosts are stating that the republican President Donald Trump plans an evening  announcement where he plans to sign a new executive order ending the separation of families at the SW US border, as parents seek asylum. He says he is making this new policy as the US congress representatives work on a legislative measures.

The president stepped out of a conference with US congressional republican members to confirm his intent to sign off on this new executive order. His fellow republicans also took time to present their point of view as to the range of immigration problems and to praise and provide cover for the president’s reversal regarding the separation of families.

The world wide outrage against the republican President Donald Trump’s April 6, 2018 new immigration policy as referenced in the Attorney General Jeff Sessions’ memo of ordering the prosecution of all parents seeking asylum at the SW US border, is off the charts. Even Pope Francis has weighed in on this topic.

As the parents were in the process of being detained, the children were being forcibly separated from them for an indeterminate amount of time.

The president’s administration has stated that these families were breaking the law by not asking for asylum at US designated points of entry. The problem with this detail is that there are records proving that families have been separated even at the points of entry and that the personnel at these locations have been interviewing only a few families per day while thousands wait for weeks to gain entry. 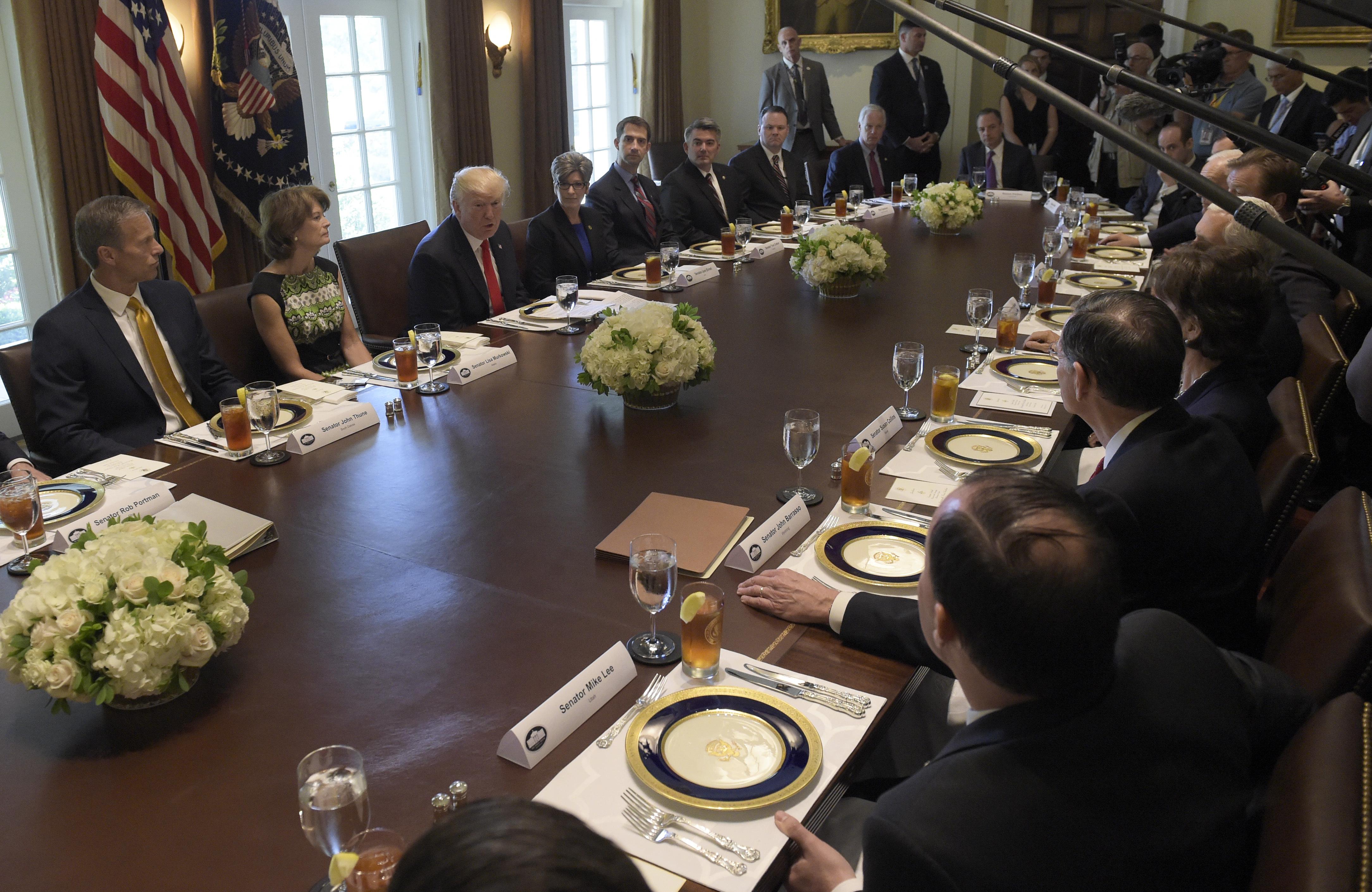 On June 20, 2018, Chris Harlan and William Branigin of the Washington Post penned the following report,  Pope Francis criticizes Trump’s family-separation policy on migrants, says ‘populism is not the solution’

“Pope Francis stepped into a growing controversy over President Trump’s immigration policies, criticizing the separation of migrant families at the U.S.-Mexican border and saying that “populism” and “creating psychosis” are not the way to resolve migration problems, according to an interview published Wednesday (6/20/18).”

“Speaking to Reuters news agency, the pope said, “It’s not easy, but populism is not the solution.”

“He strongly backed U.S. Catholic bishops, who have described as “immoral” the Trump administration’s policy of discouraging illegal immigration by separating children from their parents at the border.”

“U.S. authorities have sought to implement Trump’s “zero-tolerance” policy on illegal immigration by criminally prosecuting all migrants caught crossing the border without authorization. That has meant jailing adults and sending their children to government shelters. So far, about 2,000 children have been separated from their parents, prompting an outcry at home and abroad.”

“In the interview Sunday night, the pope also took aim at Italy’s new populist government, which has been cracking down on asylum seekers attempting dangerous crossings by boat from Africa.”

“I believe that you cannot reject people who arrive,” Francis said, according to Reuters. “You have to receive them, help them, look after them, accompany them and then see where to put them, but throughout all of Europe.”

“He added: “Some governments are working on it, and people have to be settled in the best possible way, but creating psychosis is not the cure. Populism does not resolve things. What resolves things is acceptance, study, prudence.”

“Last week, the US Conference of Catholic Bishops denounced the Trump administration’s “immoral” separation of families and called the crackdown on migrants a “right-to-life” issue. One bishop attending the biannual meeting in Fort Lauderdale, Fla., reportedly suggested “canonical penalties” for Catholics involved in implementing the Trump policies.”

“In a statement, the conference condemned the “continued use of family separation at the U.S./Mexico border as an implementation of the Administration’s zero tolerance policy.” It added: “Our government has the discretion in our laws to ensure that young children are not separated from their parents and exposed to irreparable harm and trauma. Families are the foundational element of our society and they must be able to stay together.”

“In his interview with Reuters, the pope said, “I am on the side of the bishops’ conference.”

“He also warned that aging societies in Europe face “a great demographic winter” without more immigrants. He predicted that Europe “will become empty” if immigration is cut off.”

“British Prime Minister Theresa May, answering questions Wednesday before Parliament, told lawmakers: “The pictures of children being held in what appear to be cages are deeply disturbing. This is wrong. This is not something we agree with.”

“A Labour Party lawmaker, Gavin Shuker, noted that Trump is scheduled to visit Britain next month and asked what it would take for May to rescind the invitation. “President Trump has locked up 2,000 little children in cages and is refusing to release them unless he’s allowed to build a wall. He’s quit the U.N. Human Rights Council, praised [North Korean leader] Kim Jong Un’s treatment of his own people, turned away Muslims. What does this man have to do to have the invitation . . . revoked?” 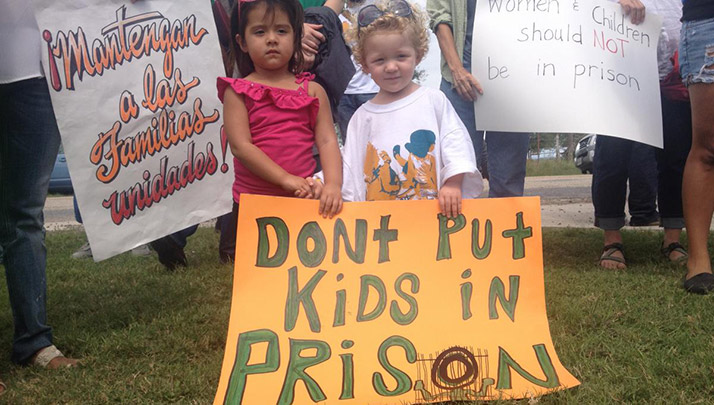 “May replied that the visit would go ahead but that “when we disagree with the US, we tell them so.”

“Her comments added the voice of America’s closest ally to criticism expressed Tuesday by the governments of Mexico, El Salvador and France, as well as the secretary general of the United Nations.”

“Even Iran’s supreme leader, Ayatollah Ali Khamenei, weighed in Wednesday, denouncing the “complete maliciousness” of separating migrant children from parents. “Seeing the images of the crime of separating thousands of children from their mothers in America makes a person exasperated,” Khamenei, the top Shiite religious and political authority in Iran, said on his website.”

“Pope Francis has placed the issues facing migrants and refugees at the center of his papacy, urging countries to be welcoming even as that message faces the head winds of nationalism and border closures in the United States and across Europe. Last year, Francis said it was important that migrants and refugees be offered a “dignified initial accommodation” and that migrants’ rights be respected “independent of their legal status.”

“The pope took his first official trip outside Rome to a small Italian island, with the goal of bringing attention to the deadly journey taken by migrants across the Mediterranean. He has also advocated for the acceptance of migrants while visiting countries such as Poland that have closed their doors. His frequent denunciation of anti-immigration politics has put him at odds with some of Europe’s hard-liners, including Italy’s powerful interior minister, Matteo Salvini, who has made a point of approvingly referencing not Francis but his predecessor, Benedict XVI.”

“(Michael Czerny, the Vatican’s undersecretary for migrants and refugees) said that in the case of the separation of children and families, the pope’s stance came from “basic humanity and sheer common sense.” Czerny added: “I don’t think you have to dig deep into religious tradition — though I can’t imagine any religious tradition that would condone this. It’s not a question of dogma. It a question of humanity.”

See: A 10-year-old with Down syndrome was taken from her immigrant mom under Trump’s policy, Mexico says

See: Trump didn’t invent family separation, but his administration was willing to try it

See: The facts about Trump’s policy of separating families