Breaking: Another Mass Shooting with Fatalities At Capital Gazette In Annapolis, MD On the 28th of June 2018, the 194th US mass shooting has occurred at the Capital Gazette Newspaper located in Annapolis, Maryland. There are reports of peoples having been shot with some fatalities but nothing beyond this. It looks like the suspect who used a shotgun is is police custody.

The initial respondents were the Anne Arundel County police.

On June 28, 2018, Kevin Rector of the Baltimore Sun penned the following report, “Shooting reported at Capital Gazette newspaper in Annapolis”

“A shooting has occurred at the Capital Gazette in Anne Arundel County, a paper that is owned by The Baltimore Sun, according to reports from Gazette staff.”

“Anne Arundel County Police confirmed there was an “active shooter” at 888 Bestgate Road, where the newspaper’s offices are located. The Bureau of Alcohol, Tobacco, Firearms and Explosives confirmed it was responding to a “shooting incident” at the Gazette.”

“Police said the building was being evacuated as officers continue searching it.”

“Agents with the ATF were on the scene in Annapolis to provide support to law enforcement, said Amanda Hils, a spokeswoman for the federal agency. ATF can help with tracing weapons, conducting interviews and other assistance.”

“Gov. Larry Hogan, on Twitter, wrote, “Absolutely devastated to learn of this tragedy in Annapolis.”

“He said he was in contact with County Executive Steve Schuh, and that Maryland State Police were on the scene assisting county police.”

The Baltimore Sun has updated this story with the following details:

“At least 5 people were killed and several others were “gravely injured.”

“A shooter is in custody, police said. Police would not name the suspect or say what type of weapon was used.”

“Anne Arundel County Police initially confirmed about 3:15 p.m. that they were responding to an “active shooter” at 888 Bestgate Road, where the newspaper’s offices are located. The Bureau of Alcohol, Tobacco, Firearms and Explosives also responded to the scene.”

The Capital Gazette is owned by The Baltimore Sun.

“Police said a “long gun” was used in the incident. They said officers did not exchange gunfire with the suspect, who was now being interrogated. They said officers had recovered what appeared to be an “explosive device,” and had “tactically secured” the building. About 170 people were inside at the time of the shooting.”

“Phil Davis, a Capital Gazette crime reporter who was in the building at the time of the shooting, said multiple people were shot, as others — himself included — hid under their desks. He said there was a lone male gunman.”

“Gunman shot through the glass door to the office and opened fire on multiple employees. Can’t say much more and don’t want to declare anyone dead, but it’s bad,” Davis wrote on Twitter as he waited to be interviewed by police.”

“There is nothing more terrifying than hearing multiple people get shot while you’re under your desk and then hear the gunman reload.”

“In a subsequent interview, Davis said it “was like a war zone” inside the newspaper’s offices — a situation that would be “hard to describe for a while.”

“I’m a police reporter. I write about this stuff — not necessarily to this extent, but shootings, death — all the time,” he said. “But as much as I’m going to try to articulate how traumatizing it is to be hiding under your desk, you don’t know until you’re there and you feel helpless.”

“Davis said he and others were still hiding under their desks when the shooter stopped firing.”

“Authorities said police responded to the scene within a minute. “If they were not there as quickly as they were it could have been a lot worse,” Annapolis Mayor Gavin Buckley said.”

“Officials at Maryland Shock Trauma Center confirmed the hospital was treating at least one victim. County Executive Steve Schuh said others were being treated at Anne Arundel Medical Center.”

“Josh McKerrow, a photographer for 14 years at The Capital, had covered Induction Day at the Naval Academy at sunrise Thursday. He was driving home to celebrate his daughter’s birthday when Capital editor Rick Hutzell called him from out of town.”

“He said he’d heard there had been a shooting,” McKerrow said, “and he couldn’t get in touch with anyone in the newsroom.”

“Literally, that same moment, I saw dozens of emergency vehicles,” he said. “My heart sank and I knew.”

“Police in SWAT gear and with assault rifles had cordoned off the area round the newsroom and shutdown Bestgate Road. Outside the police tape, McKerrow and reporter Chase Cook called and texted their friends and colleagues, trying to get answers.” 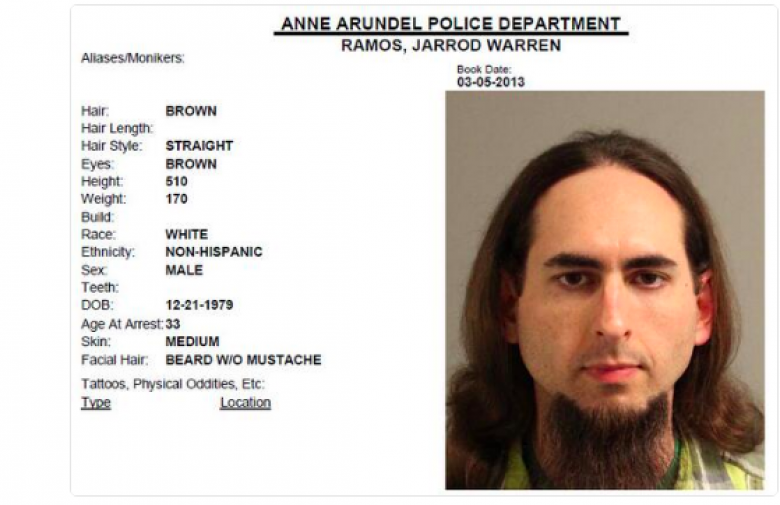 Jimmy DeButts, an editor at the Capital Gazette, wrote on Twitter that he was “devastated and heartbroken.” He said he could not speak about the shooting, but praised the work of his newspaper.

“There are no 40 hour weeks, just a passion for telling stories from our community,” DeButts wrote. “We keep doing more with less. We find ways to cover high school sports, breaking news, tax hikes, school budgets & local entertainment. We are there in times of tragedy. We do our best to share the stories of people, those who make our community better. Please understand, we do all this to serve our community.”

“He added, “We try to expose corruption. We fight to get access to public records & bring to light the inner workings of government despite major hurdles put in our way. The reporters & editors put their all into finding the truth. That is our mission. Will always be.”

“Gov. Larry Hogan, on Twitter, wrote, “Absolutely devastated to learn of this tragedy.”

“He said he was in contact with Schuh, and that Maryland State Police were on the scene assisting county police.”

MSNBC is reporting that the suspect is Jarrod Ramos, 38 years old. He had lost a 3 year defamation lawsuit against the newspaper based on its publication of his pleading guilty to 2011 vicious stalking/ harassment charge.

For details on the victims: These Are the Victims of the Annapolis Shooting – The Daily Beast

As per 6/29/18 USA Today’s report,  “The suspect (Jarrod W. Ramos) in the shooting deaths of five people at a newspaper in Maryland has been charged with with five counts of first-degree murder, court records filed Friday show.”

“Court documents show Ramos filed a defamation suit against the newspaper in 2012, but a judge threw out the lawsuit, saying Ramos “fails to come close to alleging a case of defamation.” A Maryland appeals court upheld the ruling.”