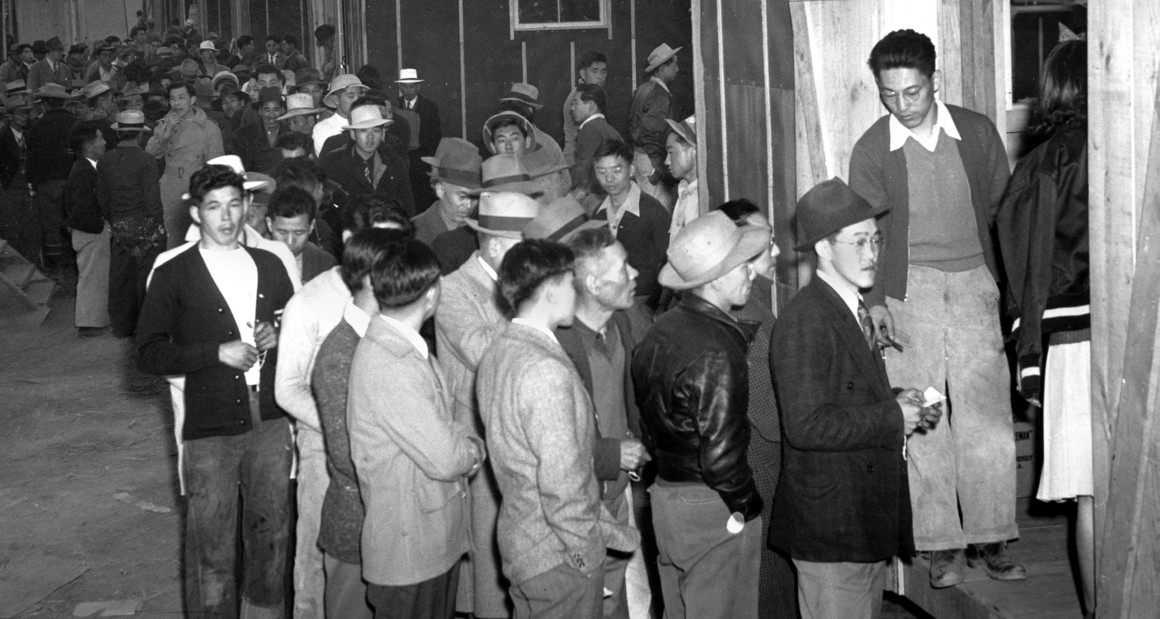 On the 26th of January 2018,  the US Supreme Court ruled in favor of the president’s Muslim Travel ban (Hawaii v US) by a 5-4 decision, with the majority opinion authored by Chief Justice John Roberts. The Supreme Court issued two core holdings: (a) that the latest ban does not exceed the president’s authority under the Immigration and Nationality Act (INA); and (b) that ban does not violate the Establishment Clause of the Constitution.

The 5 conservative Supreme Court justices applied what is called the very lenient “rational basis” review, which seems to have been defined that if there is any rational basis argument that can be made to justify the president’s travel ban, then the court is obligated to grant deference to the executive branch.

It is my contention that based on the above reasoning, these same justices would have been forced to rule in favor of the Korematsu v US case (Japanese Intern Camps) even though, the Chief Justice John Roberts took time to comment in his recent ruling that the Supreme Court was overruling the 1944 Supreme Court decision in favor of President Roosevelt’s US Japanese internment camps.

As per NYT, “Ms. Korematsu is the founder and executive director of the Fred T. Korematsu Institute.”

On June 27, 2018, Karen Korematsu for the New York Times penned the following report, “How the Supreme Court Replaced One Injustice With Another”

“During World War II, about 120,000 men, women and children of Japanese descent, including almost 40,000 foreign nationals living on the West Coast, were removed from their homes, forced to forfeit their possessions and then incarcerated on the basis of military orders authorized by the president.”

“My father, Fred, and others who defied the military orders were criminally charged and imprisoned. Defending themselves against the charges, my father, along with Gordon Hirabayashi and Minoru Yasui, all US citizens, challenged the constitutionality of the orders. In a series of decisions, the Supreme Court upheld his and the others’ convictions in 1943 and 1944. In those now infamous decisions, which constitutional scholars on both sides of the political aisle have criticized, the Supreme Court deferred to the government’s assertions that its racially discriminatory policies were justified by military necessity. But history proved otherwise.”

“In extraordinary legal proceedings that vacated my father’s conviction nearly 40 years later in 1983, evidence of government misconduct showed that the “military necessity” on which the court predicated its decision was apparently nothing more than a smoke screen. The real reason for the government’s deplorable treatment of Japanese Americans was not acts of espionage but rather a baseless perception of disloyalty grounded in racial stereotypes. His victory in a Federal District Court meant that the Supreme Court would not hear his case, leaving the 1944 decision intact, though almost universally discredited.”

When President Trump used questionable evidence to issue executive orders last year banning immigration from predominantly Muslim countries, I heard the same kind of stereotypes that targeted the Japanese-Americans in World War II being used against Muslims. So I, along with the children of Mr. Hirabayashi and Mr. Yasui, asked the Supreme Court to reject President Trump’s orders. We pointed to our fathers’ cases as an urgent warning against executive power run amok.

“And we implored the court to repudiate its decisions in those cases while affirming their greater legacy: Blind deference to the executive branch, even in areas in which the president must wield wide discretion, is incompatible with the protection of fundamental freedoms. Meaningful judicial review is an essential element of a healthy democracy.”

“On Tuesday, the Supreme Court got it partly right. After nearly 75 years, the court officially overruled Korematsu v. US. In the majority decision, Chief Justice John G. Roberts Jr., citing language used in a dissent to the 1944 ruling, wrote that the court was taking “the opportunity to make express what is already obvious: Korematsu was gravely wrong the day it was decided, has been overruled in the court of history, and — to be clear — ‘has no place in law under the Constitution.’”

“But the court’s repudiation of the Korematsu decision tells only half the story. Although it correctly rejected the abhorrent race-based relocation and incarceration of Japanese Americans, it failed to recognize — and reject — the rationale that led to that infamous decision. In fact, the Supreme Court indicated that the reason it addressed Korematsu was because the dissenting justices noted the “stark parallels between the reasoning of” the two cases.”

“The court majority disagreed with the dissenters, claiming that Mr. Trump’s executive order had “nothing to do with” Korematsu and finding it “wholly inapt to liken that morally repugnant order to a facially neutral policy denying certain foreign nationals the privilege of admission.”

Pointing to the government’s stated purpose of “preventing entry of nationals who cannot be adequately vetted and inducing other nations to improve their practices,” the court saw “persuasive evidence that the entry suspension has a legitimate grounding in national security concerns, quite apart from any religious hostility.”

“In rejecting a racist decision, then, the Supreme Court seemed to repeat the same bad logic of the 1940s decision by rubber stamping the Trump administration’s bald assertions that the “immigration travel ban” is justified by national security.” 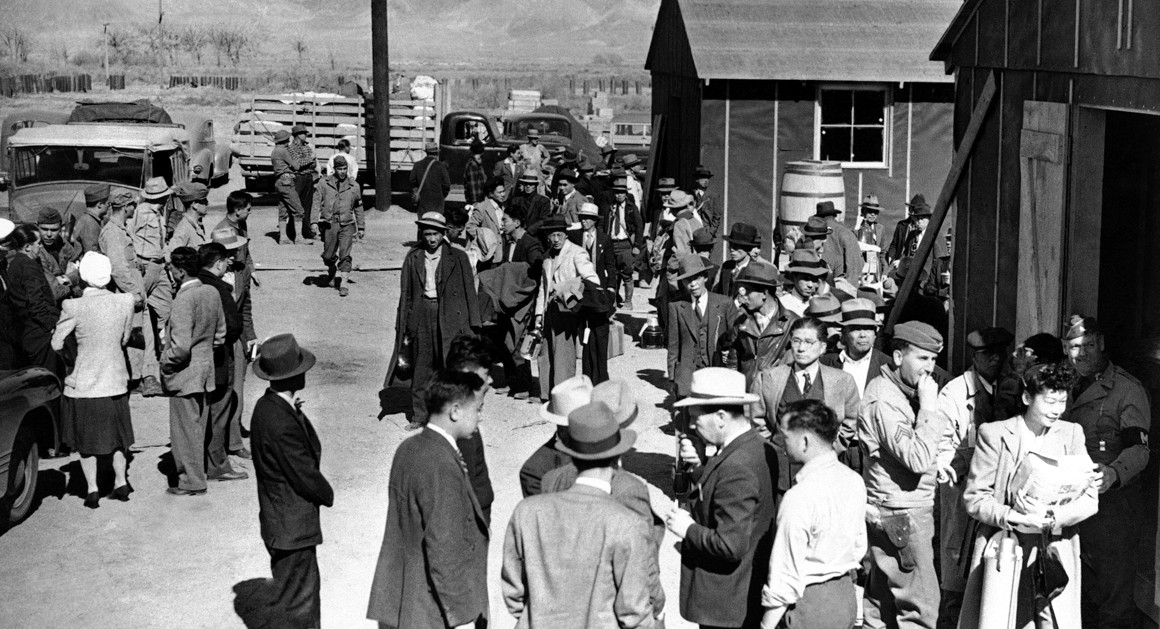 “As Justice Sonia Sotomayor explained in her dissent, “This formal repudiation of a shameful precedent is laudable and long overdue. But it does not make the majority’s decision here acceptable or right. By blindly accepting the government’s misguided invitation to sanction a discriminatory policy motivated by animosity toward a disfavored group, all in the name of a superficial claim of national security, the court redeploys the same dangerous logic underlying Korematsu and merely replaces one ‘gravely wrong’ decision with another.”

My father spent his life fighting for justice and educating people about the inhumanity of the Japanese-American incarceration, so that we would learn from our mistakes. Although he would be somewhat glad his case was finally overruled, he would be upset that it was cited while upholding discrimination against another marginalized group. The court’s decision replaced one injustice with another 75 years later.

My father would still say, “Stand up for what is right.” 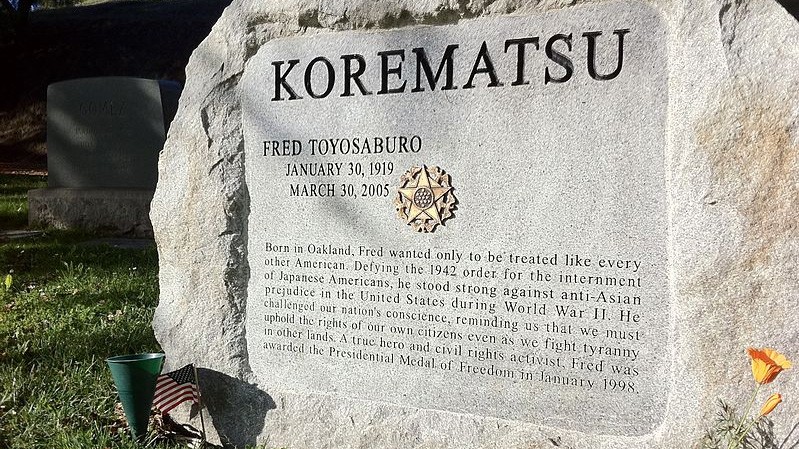