Dear Republicans, Does Your Idea Of Civility Include Threatening The Life Of US Rep Waters

While the democrats are truly conflicted about acting in a civil manner when talking to President Trump’s republicans who are supporting a leader who had recently ordered the forcible separation of children from refugee parents seeking asylum at the US southwest border, the president’s followers are obviously not bound by these same constraints.

“The congresswoman said in a statement that she had seen an increase in threats after she called for protestors to publicly confront Trump officials.”

“As the President has continued to lie and falsely claim that I encouraged people to assault his supporters, while also offering a veiled threat that I should ‘be careful’, even more individuals are leaving (threatening) messages and sending hostile mail to my office,” Waters said in the statement, according to CNN.”

“She said there was “one very serious death threat” made against her on Monday from a person in Texas, “which is why my planned speaking engagements in Texas and Alabama were cancelled this weekend.”

“This is just one in several very serious threats the United States Capitol Police are investigating in which individuals threatened to shoot, lynch, or cause me serious bodily harm,” Waters said.” 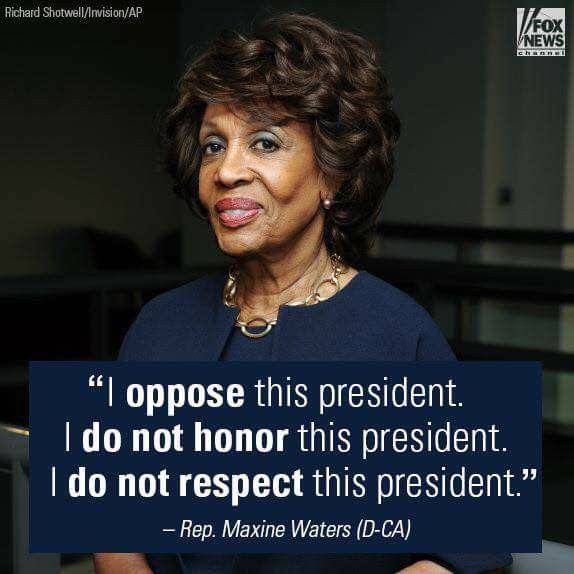 “President Trump publicly criticized Waters during campaign rallies this week, and inaccurately claimed in a tweet on Monday that Waters called for harm to his supporters.”

“The Democrat said that she did not call for harm to Trump’s supporters or officials, and that she believes in “peaceful protest.”

Those incidents took place as the Trump administration faced backlash over the since-ended policy separating immigrant families at the border.