On the 5th of July 2018, the EPA Administrator Scott Pruitt finally proffered his resignation letter which the president accepted. Mr. Pruitt had developed a well earned reputation for being the biggest alligator in the republican President Donald Trump’s administration’s swamp of corruption.

Mr. Pruitt had become infamous for having developed a pattern within the president’s White House. Mr. Pruitt would create a scandal like the EPA spending $4.6 million dollars to fund his security team, whereupon the democrats would complain away but the GOP in the US Congress would just scratch their chins as the president would continue to praise Mr. Pruitt’s performance. This scenario had been played over and over again to where the news regarding Mr. Pruitt had become routine.

This pattern went on for months until there were in July 2018 at least 12  federal inquiries, audits, and investigations, with scrutiny becoming more vigorous.

According to a June 25, 2018 VOX report by Umair Irfan, “Multiple institutions — including the Government Accountability Office, the EPA’s inspector general, the House Oversight Committee, and the White House — are investigating Pruitt’s indiscretions, including his first class luxury travel, a sweetheart housing deal with a lobbyist, and his use of a loophole to get raises for two close aides.”

“Politico reported over the weekend that yet another government watchdog, the US Office of Special Counsel, is now reviewing employee retaliation claims. At least six EPA staffers, some of whom have resigned, reported that they were forced out or sidelined when they objected to Pruitt’s security demands. (A spokesperson told Vox that OSC does not confirm or comment on any open investigations.) 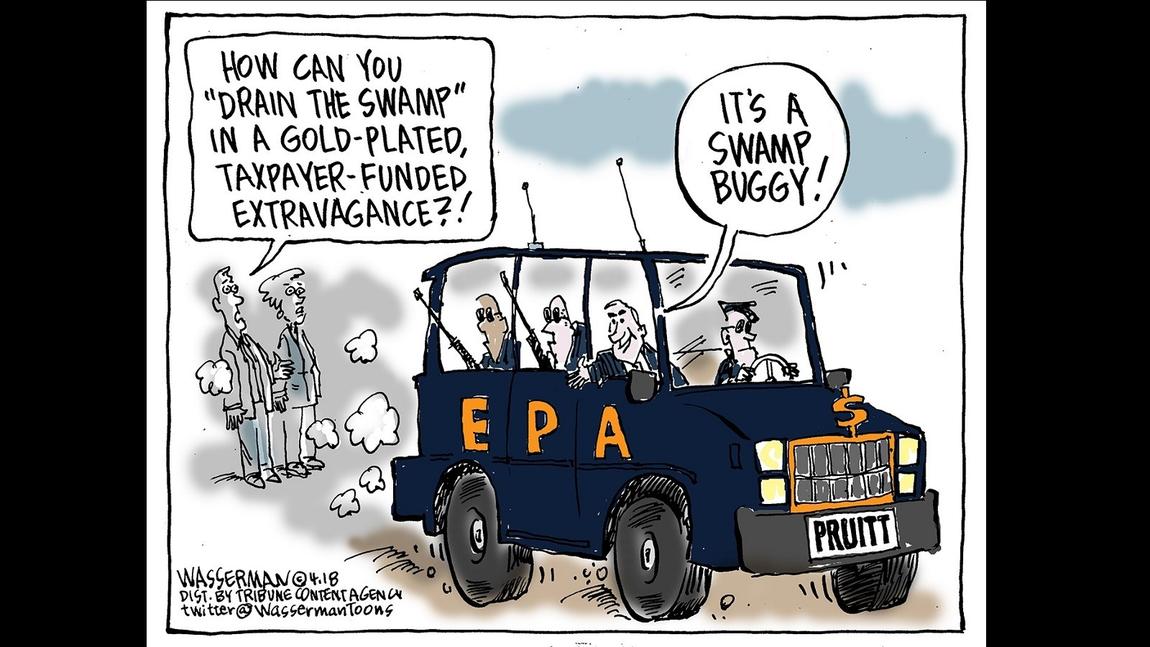 The investigations will likely take months to complete, but they could change the balance of Pruitt’s standing in the White House as he struggles to keep his tally of deregulation at the EPA above his rising scandals. Pruitt has now set up a legal defense fund to cope with all of these inquiries, which could pose its own ethical quandaries.

Link to entire report: Scott Pruitt’s actions at the EPA have led to more than 12 … – Vox 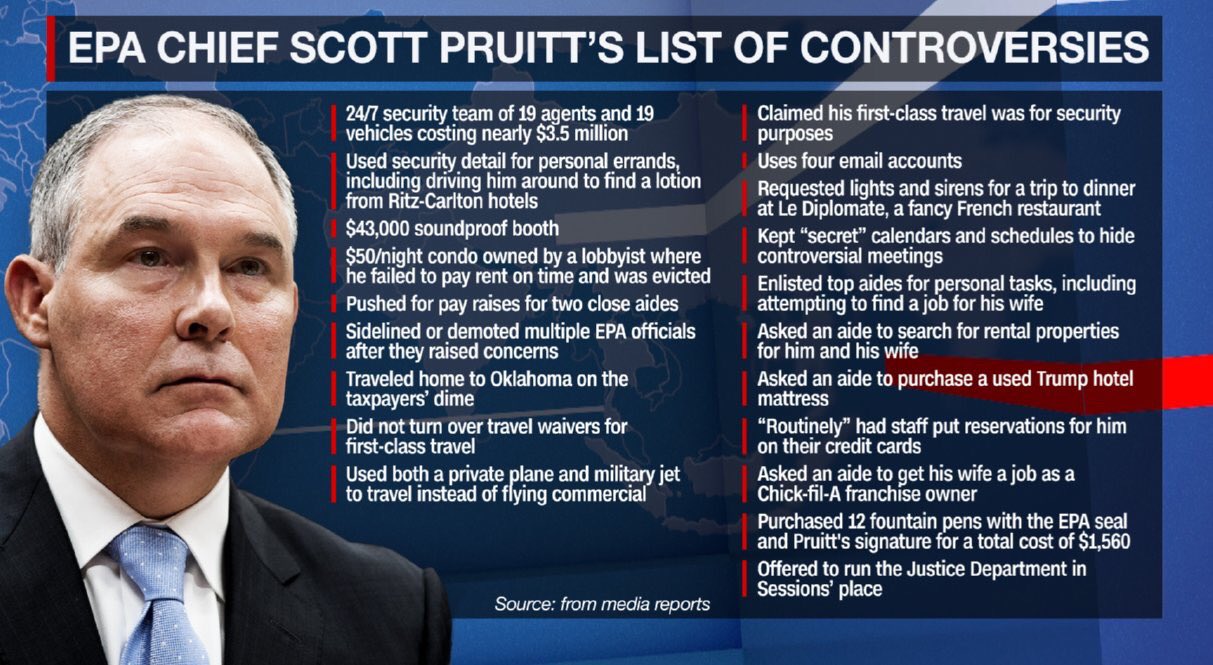