Minus the die-hard followers of the republican President Donald Trump, the vast majority of Americans get it, that he was played bigly by N Korea during the June 12th 2018 Singapore summit between President Trump and the N Korean leader Kim Jong-Un. The US president gave away future plans for joint military exercises among S Korean, allied and US military forces within S Korea at the behest of Russia but he got nothing of significance in writing.

The US Secretary of State Mike Pompeo traveled to meet with N Korean officials starting around 6th of July 2018 to shore up more definitive plans for N Korea’s to denuclearize its nuclear weaponry stockpile. N Korean officials described the State Secretary Pompeo’s style of negotiating as “gangster-like” and the overall success of the meeting as “regrettable.”

While the N Korean Leader Kim Jong-un was too busy to make time to talk with Mr. Pompeo, he was not so occupied to where he managed his busy schedule to tour a potato farm. 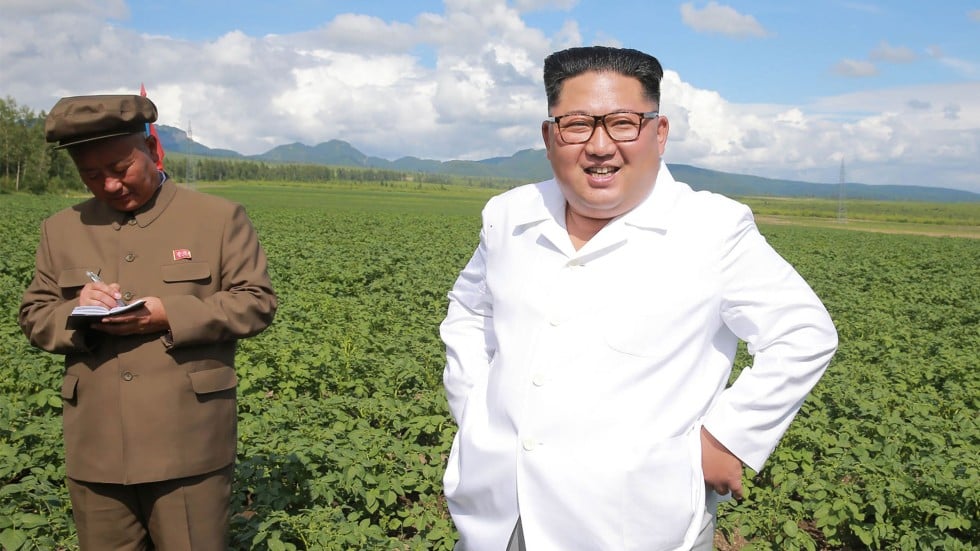 North Korean leader Kim Jong Un opted to visit a potato farm instead of meeting with U.S. Secretary of State Mike Pompeo during the latter’s visit to Pyongyang.

“On Tuesday, North Korean state media KCNA revealed that Kim had visited the Junghung potato farm in Samjiyon County, near the border of China. Although it is unclear when exactly he made the trip, it appeared to have been during Pompeo’s visit to the reclusive country.” “At the farm, Kim reportedly taught workers how to plant high-yield crops. He also instructed staff to “introduce various species good to taste and ensure the quality of processed potato foods in production and thus raise the quality of potato production,” KCNA said.”

“Pompeo was in North Korea on Friday (7/6/18) and Saturday (7/7/18) to discuss the denuclearization deal made between President Donald Trump and Kim during their historic Singapore summit last month. Although the White House announced that Pompeo was set to meet with Kim during his trip, it never happened. Instead, Pompeo met with Kim Yong Chol and other North Korean officials.”

Shortly after Pompeo left Pyongyang, North Korea’s foreign ministry blasted his conduct during the visit as “unilateral and gangster-like.” They also said he failed to put forward anything constructive to help the two sides reach an agreement.”

On Sunday, (As per CNN) Pompeo dismissed the comments. “If those requests were gangster-like, the world is a gangster,” he said. “We had detailed, substantive conversations about the next steps toward a fully verified and complete denuclearization.”