What Is This QAnon Group All about?

On August 1, 2018, Justin Bank, Liam Stack and Daniel Victor of the New York Times penned the following report, “What Is QAnon: Explaining the Internet Conspiracy Theory That Showed Up at a Trump Rally” (“Do you remember Pizzagate? It’s a little like that: a web of baseless conspiracy theories. And its supporters were highly visible at an event for the president in Florida.”)

“Those watching President Trump’s rally in Tampa on Tuesday couldn’t help but be exposed to a fringe movement that discusses several loosely connected and vaguely defined — and baseless — conspiracy theories.” 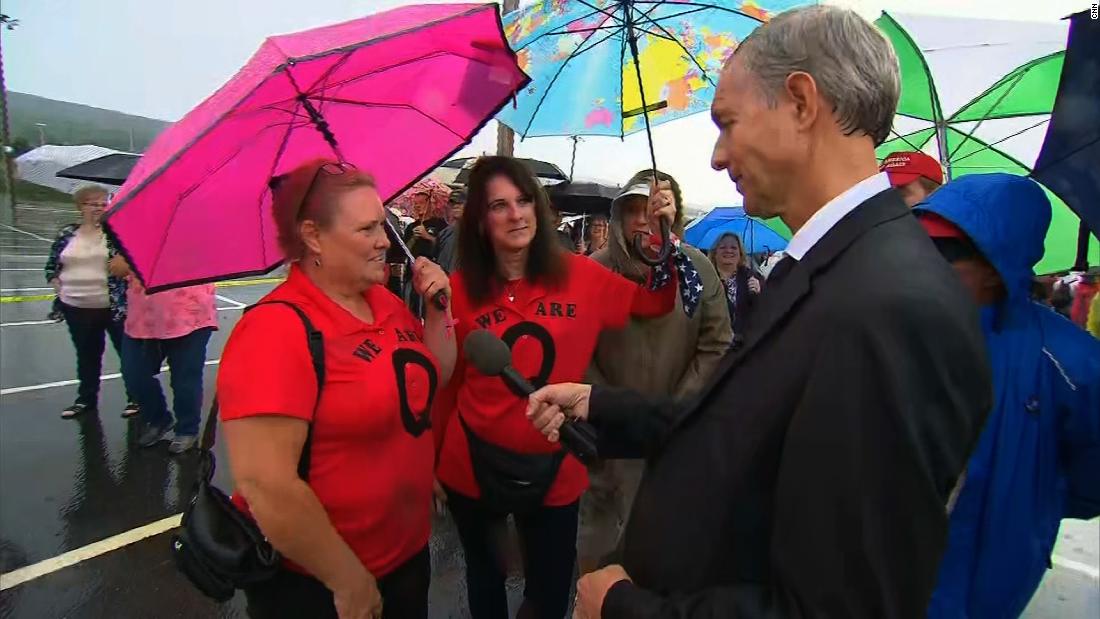 “In one shot on Fox News, the president was partially obscured by a sign in the crowd reading “We Are Q.” In another shot during the president’s speech, a sign promoting the debunked Seth Rich conspiracy theory, with the hashtag #Qanon, came into focus in the center of the screen. Some attendees wore T-shirts with a blocky Q. Others held up signs with the letter.”

“They were all self-described “followers of Q,” an anonymous person or group of people who claim to be privy to government secrets. That supposedly classified information has been revealed on the 4chan and 8chan message boards and spread around mainstream internet platforms like YouTube, Facebook and Twitter. Q has attracted people — the exact number is hard to know — eager to consume his “bread crumbs,” or new details in a sprawling web of conspiracy theories.”

“Here is the short version: Q claims to be a government insider exposing an entrenched, international bureaucracy that is secretly plotting all sorts of nefarious schemes against the Trump administration and its supporters. The character uses lingo that implies that he or she has a military or intelligence background.”

“It’s a stew of various, but connecting, conspiracy theories that generally hold Mr. Trump as a conquistador battling a cabal of anti-American saboteurs who have taken over government, industry, media and various other institutions of public life in a plan to … well, the overarching goals of the nefarious actors are not clear.”

“A growing group of people (more on the scale and scope of that community below) are coalescing around a collection of theories and half-thoughts that they believe reveal an untold story of current world events. To decode what they believe is actually happening, followers of Q sift through the president’s tweets, government data sets or news articles.”

“Ben Decker, a research fellow at the Shorenstein Center on Media, Politics and Public Policy at Harvard, described followers of the QAnon narrative as “an interactive conspiracy community.”

“Sometimes followers of Q just look for signs that he exists. A popular Rosetta Stone they use is to look for uses of the number 17 (the letter Q’s placement in the alphabet). So when Alabama’s football team presented Mr. Trump with a jersey with the number 17, it was taken as coded signaling of Q’s influence. (The team was visiting the White House as the champions of the 2017 college football season and had presented President Barack Obama with a jersey bearing the number 15 when it visited after winning a championship in 2015.)”

“Q’s followers ascribe secret coordination and hidden motives to an endless parade of politicians, journalists, and leaders of industry and other institutions. Often, their theories are wildly at odds with reality.”

“The community uses the language of mind-bending pop culture alternate realities like “The Matrix” or “Alice in Wonderland.” It is common to tell stories of how followers have been “redpilled,” or have come to believe that observable reality is false and the QAnon narrative is real.”

“The shared rush to interpret clues from a “drop” of information from Q resembles something close to what video gamers call an MMO, or massive multiplayer online game.” Why should I care about a fringe corner of the internet?

“Because QAnon is not limited to a fringe corner of the internet. In addition to its front-and-center presence at Mr. Trump’s rally, it has been promoted by celebrities including Roseanne Barr and Curt Schilling, the former baseball star who has a podcast for Breitbart.”

“The paranoid worldview has crossed over from the internet into the real world several times in recent months. On more than one occasion, people believed to be followers of QAnon have shown up — sometimes with weapons — in places that the character told them were somehow connected to anti-Trump conspiracies.”

“The biggest danger is you are one mentally unstable person away from the next massive incident that defines whatever happens next,” Mr. Decker said. “The next Pizzagate, which for better or worse did define the political conversation for a while.”

Link to entire article: What Is QAnon: Explaining the Internet Conspiracy Theory