Run Down On US Elections Held In Selected States On August 7, 2018

There were a few elections in a handful of US states which garnered national attention. The big one was the election held for a US Congressional seat in the 12th district of Ohio. As of the 8th of August 2018, the republican candidate Troy Balderson is claiming victory with a margin of less than 1% or about 1700 votes but this time, the democratic candidate Danny O’Connor is saying not so fast. He is refusing to concede. There are absentee votes which have not been counted which should favor the democratic candidate. If the additional votes puts the vote count with less than a .5% margin, there is an automatic recount. And this is a special election which will be repeated again in November 2018. Mr. O’Connor gets 2 bites at this apple.

This is a district that has been in republican hands since 1982. This should have been a give me state for republicans. What this tells the democratic party, is that those districts that are not so predominantly republican will likely be won by democratic candidates.

Another big win occurred in the State of Missouri where the voters rejected a so-called right to work law. This republican crafted bill would have barred contracts that require workers at unionized firms to either join the union or pay it a representation fee.

As per the Cincinnati Enquirer. the votes from a portion of one voting location had not been processed into the tabulation system,” the Franklin County Board of Elections said in a news release.

“Franklin County Officials found the uncounted votes in a Columbus suburb, according to the Enquirer, netting Democratic candidate Danny O’Connor 190 more votes and narrowing his race against Republican Troy Balderson to 1,564 votes.”

There were other surprises. Here is the rest of the story…

On August 7, 2018, David Lauter of the LA Times penned the following report, “Republican narrowly leads in House special election in what used to be a GOP stronghold”

“Republican candidate Troy Balderson narrowly led a closely watched special election Tuesday in an Ohio congressional district that his party has dominated for decades — a slim margin that did little to settle doubts about Republican chances in the midterm elections this fall.”

“With Balderson leading by about 1,700 votes, both parties eyed slightly more than 3,000 provisional ballots and perhaps as many as 5,000 absentee votes that may not be fully counted for days and could determine the final result.”

“In other results from around the country, Democrats in Michigan nominated a woman as their candidate for governor, continuing a string of victories by women in Democratic primaries nationwide, voters in Missouri handed organized labor a major win on a ballot referendum and a candidate backed by President Trump was locked in a tight race for the Republican nomination for governor in Kansas.”

“While the final Ohio result remains unsettled, the takeaway for the rest of the country was clear: The district, Ohio’s 12th, was drawn to be a GOP stronghold, but Trump’s election has put it — and similar districts across the country — up for grabs.”

“The suburbs of Columbus, the state capital, which make up the most populous part of the district, are prime territory for the sort of Republicans who have turned against the party in the Trump era — politically moderate, college educated and affluent.”

“At the same time, the district’s more rural sections moved heavily toward Trump in 2016 and have stayed with him.” 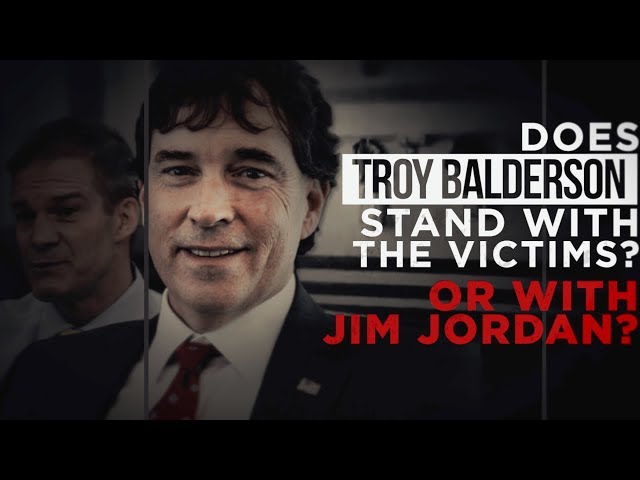 “The result of those opposing forces was to move the district from a safe Republican area to toss-up territory. Democrats hope — and many Republican strategists fear — that similar dynamics will turn enough red seats blue this fall to end the GOP majority that has controlled the House since the 2010 election.”

“About 70 Republican-held districts are more favorable for Democrats than Ohio’s 12th, based on their past voting history. Democrats need to win two dozen seats for a majority.”

“Speaking to supporters, Balderson declared himself honored to have been elected. His Democratic opponent, Danny O’Connor, did not concede, however.” 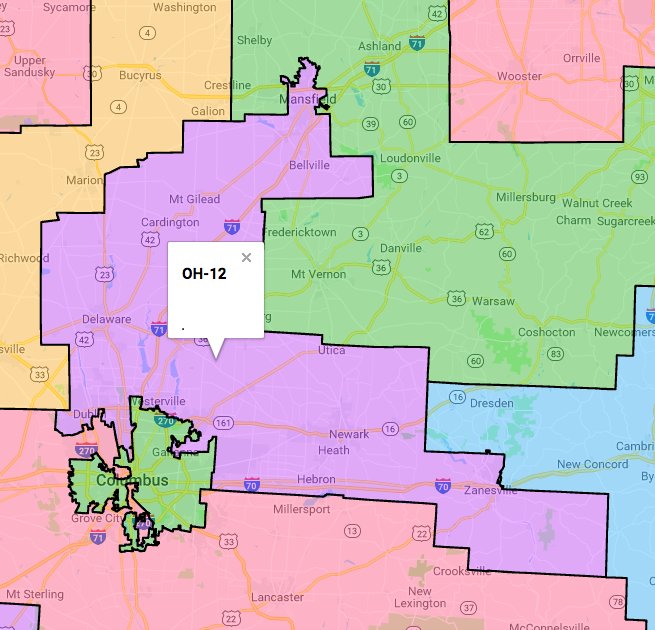 “Tuesday’s election delivered the seat to the victor for only a few months; the two candidates will face each other again in three months with a full two-year term at stake.”

“Republicans threw resources into holding Ohio’s 12th Congressional District — spending extensively on television ads in the final weeks of the campaign and sending Trump to rally voters over the weekend.”

“In a tweet Tuesday night, the president claimed credit for Balderson’s victory.”

“Whether Trump helped or not is hard to tell — the election day results closely matched polls that had forecast a toss-up race.”

“The Ohio special election attracted the most attention among political strategists, but primary results in several other states also provided clues about each party’s future.”

“In Michigan, Gretchen Whitmer, a former state legislator with backing from labor unions and women’s groups, defeated two other candidates who ran to her left as they sought the Democratic nomination for governor.”

“Her win adds to two trends that have dominated Democratic primaries this year — victories by women and, for the most part, by conventional liberals over candidates further to the left.”

“Whitmer has a clear liberal record. She boasted on the campaign trail of her work to expand Medicaid under the Affordable Care Act. A bill she helped push through the state legislature expanded the program and provided coverage for about 600,000 state residents, government figures show.” 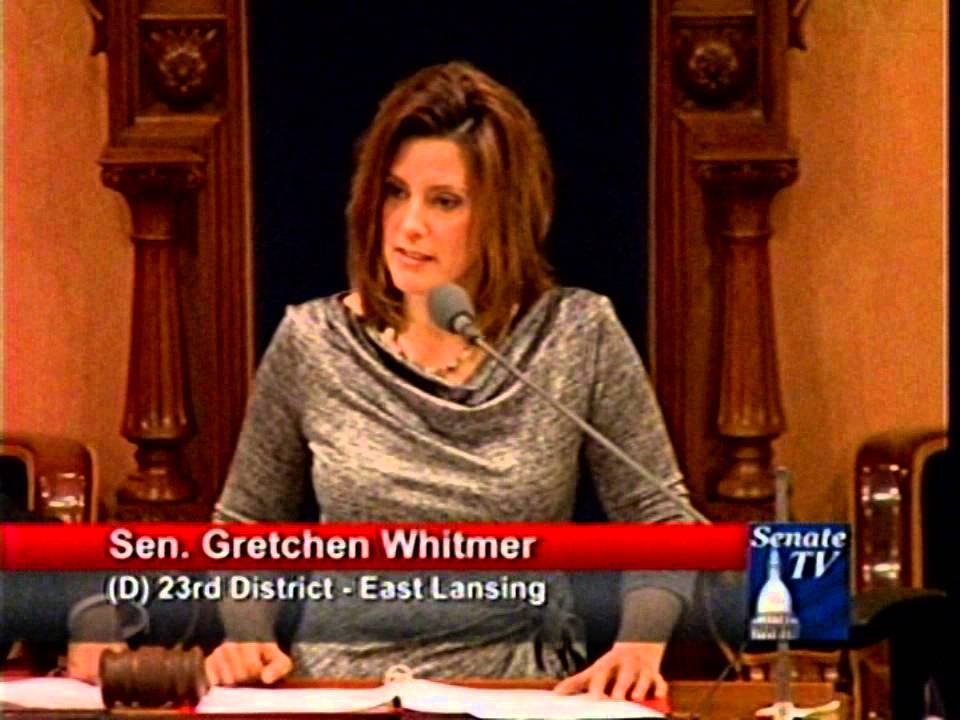 “But Sen. Bernie Sanders of Vermont and other leaders of the party’s progressive wing backed one of her opponents, Abdul El-Sayed, the 33-year-old former chief of Detroit’s health department.”

“El-Sayed endorsed Sanders’ call for “Medicare for All,” and attracted considerable national attention in part because he would have been the nation’s first Muslim governor. Whitmer said she would not endorse a statewide single-payer plan, declaring that she would not support “buzz phrases” that would require major tax increases.”

“A third candidate, Shri Thanedar, complicated the race. The novice politician and successful entrepreneur dumped millions of his own money into the campaign. He also favors a single-payer health plan.”

“In the end, though, neither Thanedar’s money nor El-Sayed’s endorsements were a match for Whitmer’s record and support from long-standing Democratic constituencies. She won handily and will face Republican Bill Schuette, the state attorney general, in the fall.”

“The Sanders wing of the party scored a major upset in June when Alexandria Ocasio-Cortez won a congressional primary in New York City, defeating a member of the Democratic congressional leadership. Other than that, however, the candidates he has backed have lost more than they have won.” 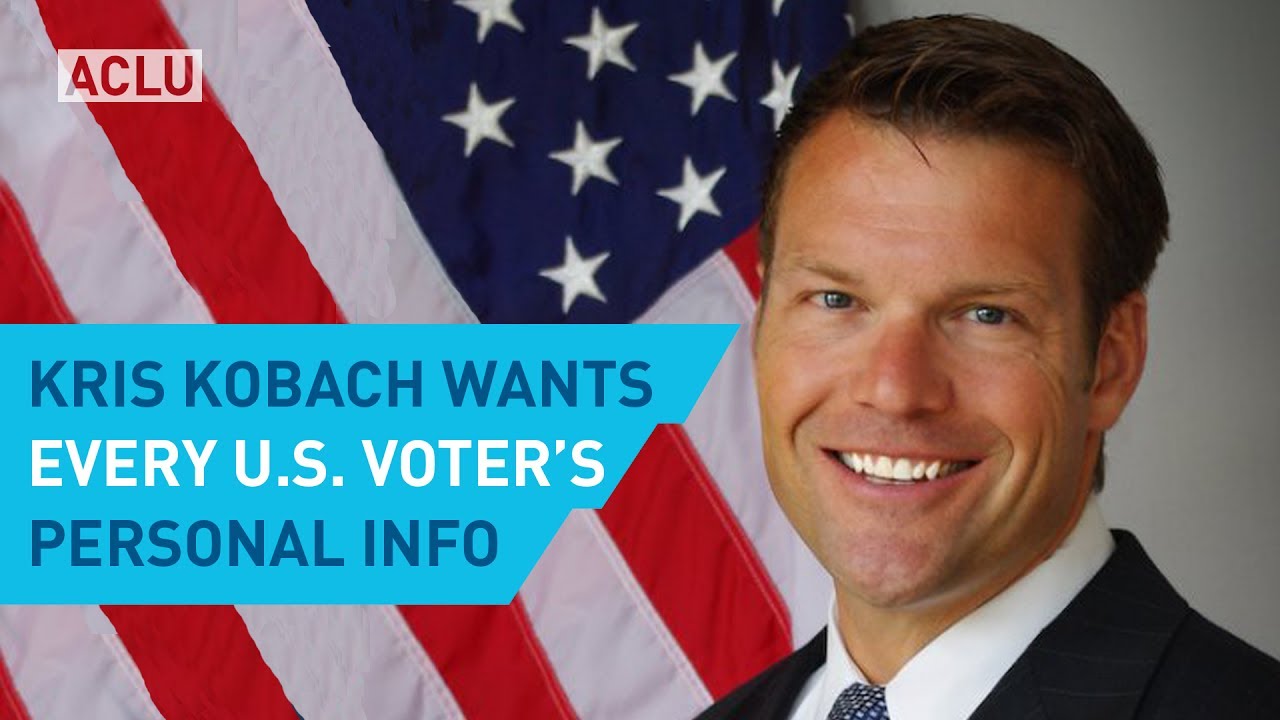 “The opposite political dynamic dominated the Republican campaign in Kansas, where the race pitted the establishment against a candidate from the right, and tested Trump’s sway among GOP voters.”

“Incumbent Gov. Jeff Colyer took over in January when his predecessor, Sam Brownback, stepped down to take an ambassador’s post. Colyer campaigned for a full term of his own. But he was challenged by Kris Kobach, a favorite of Trump’s who promised to run an even more conservative administration than Brownback’s.”

“With nearly all the votes counted, the two were locked in a tight race.” Against the wishes of the Republican Governor’s Assn., which mostly exists to back incumbents, and some White House staff members, Trump jumped into the race on Monday with a tweet endorsing Kobach, whom he labeled “a strong and early supporter of mine.”

“Some Republican operatives fear that Kobach, who became well known for crusading against illegal immigrants and has persistently pushed debunked claims of widespread voter fraud, would turn off moderately conservative voters. That could not only risk handing the governor’s race to a Democrat, but also endanger two Republican congressional seats in the state.”

“Also, Tuesday, voters in Missouri rejected a so-called right to work law. The bill, pushed by state Republicans, would have barred contracts that require workers at unionized firms to either join the union or pay it a representation fee.”