I am sick of the US backing Saudi Arabia as its officials have been committing was crimes against the peoples of Yemen. This is not a war of necessity. It is time that the US calls out Saudi Arabia which has the history of being the number one exporter of extremist terrorist groups.

This nightmare/ outrage has to end.

As per a 8/9/18 ICRC delegation’s Tweet in Yemen, “Following an attack this morning on a bus driving children in Dahyan Market, northern Sa’ada, @ICRC_yemen- supported hospital has received dozens of dead and wounded. Under the international humanitarian law, civilians must be protected during conflict.”

On August 10, 2018, of Al Jazeera published the following report, “Where are my brothers?’ pleads Yemen school bus attack survivor” (“At least 50 people, including several children, were killed and scores injured in Thursday’s air raid on a bus in Saada.”)

“Grief and anger has gripped Yemen‘s war-ravaged province of Saada a day after the Saudi-UAE military alliance, backed by the US, bombed a school bus carrying children heading to a Quran class.”

“Al Masirah, a pro-Houthi TV network, said at least 50 people, including dozens of children, were killed in the attack which struck the bus as it was approaching a crowded market in Dahyan city.” 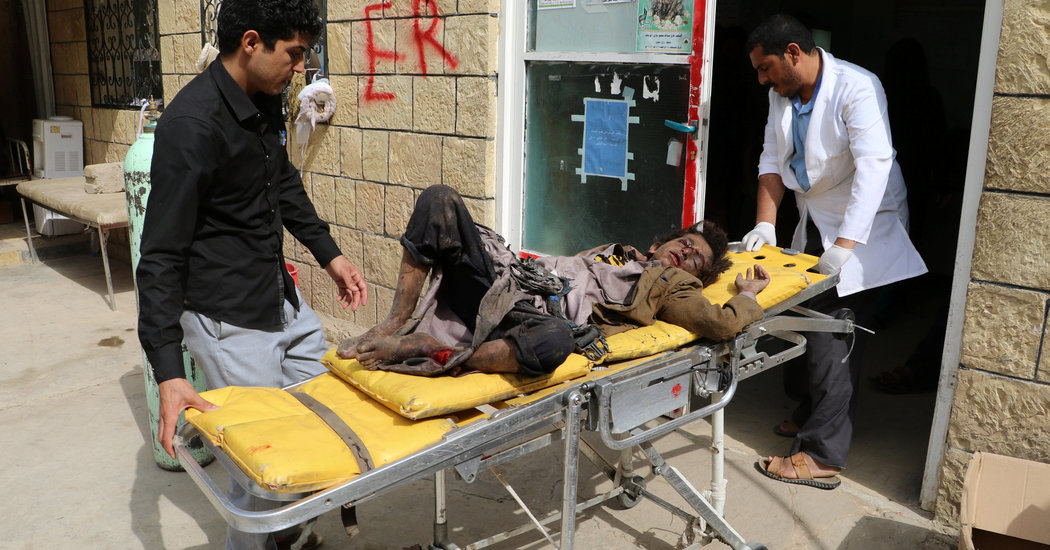 “Johannes Bruwer, the head of a delegation for the International Committee of the Red Crescent (ICRC) in Yemen, said in a Twitter post that according to local officials, 77 were also injured.”

“Of these, the ICRC hospital in Al Talh received 30 dead and 48 injured, of which the vast majority were children.”

“Mohammed Jabber Awad, the governor of Saada, told Al Jazeera that the bus was carrying 30 students, but as many as 60 people may have been killed in the raid. ”

“According to the ICRC, one of the few humanitarian institutions helping civilians in the country, all of the children who were admitted to its hospital were under the age of 15.”

“The Saudi-UAE alliance later issued a statement to the Saudi-owned Al-Arabiya network saying it launched the attacks on Saada, and accused Houthi fighters of using the children as human shields.”

‘Where are my brothers?’

“In unverified videos uploaded to social media, bereaved parents could be seen pleading with hospital staff for updates, as dead bodies literally began piling up, on top of each other.”

“In one video, a father could be seen struggling to contain his grief after he found his dead son under a heap of corpses in the boot of a Nissan pick-up truck.”

“In a second video, one of the children who survived the attack refused to receive medical attention until doctors updated him on the fate of his two younger brothers.” 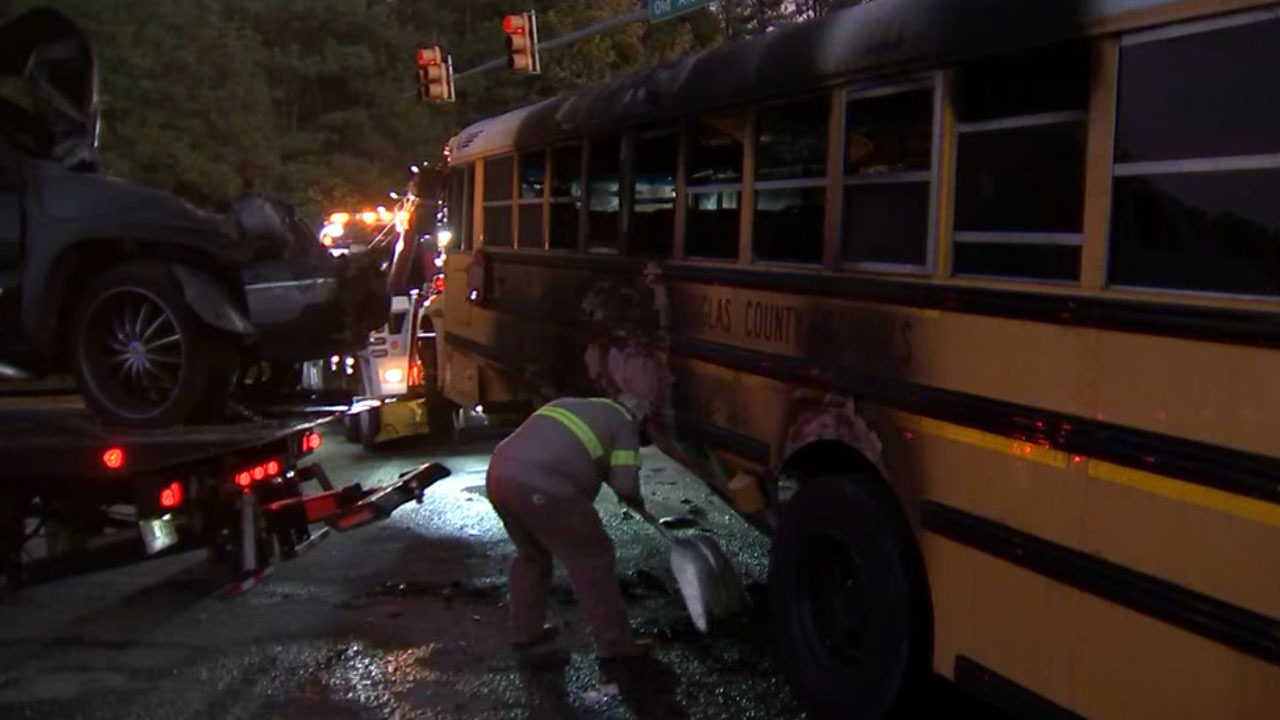 “I have two brothers, Hassan and Yehia, who are smaller than me,” the boy said. “Where are my brothers? … I don’t want help until I see my brothers.”

“Pictures from the scene of the attack showed homes and businesses detroyed, with trails of blood on the roads and UNICEF rucksacks splattered with blood.”

“I am watching with horror the images and videos coming from Saada in #Yemen and I have no words. How was this a military target? Why are children being killed?” tweeted Meritxell Relano, UNICEF’s resident representative in Yemen.”

“Yemen’s rebel-run Ministry of Defense issued a statement early on Friday, saying: “The silence of the international community legitimised [the Saudi-UAE alliance’s] continuing aggression and brutality.”

“By staying silent about these crimes, they are accomplices in the deaths of women and children.”

“Hussain al-Bukhaiti, a pro-Houthi activist, told Al Jazeera that the death toll was expected to rise.”

“Most of the hospitals and clinics in Saada have either been completely destroyed or are badly damaged, and most lack basic medicines. So how will they treat them?” he said.”

“The Saudis tend to deny these kinds of actions, which have sadly become all too common,” he said. “It’s all too rare for either party [the alliance or the Houthis] to take responsibility”.

“With logistical support from the US, Saudi Arabia and the UAE have carried out attacks in Yemen since March 2015. The war effort is ostensibly an attempt to reinstate the internationally recognized government of President  Abu-Rabbu Mansour Hadi.” 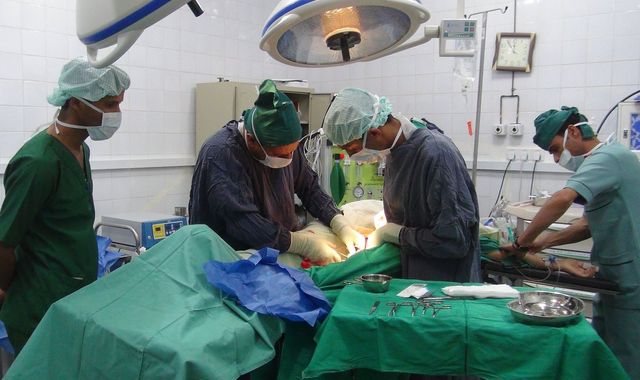 “In 2014, Hadi and his forces were overrun by Houthi rebels who took over much of the country, including Sanaa.”

“Earlier this month, dozens of people – including women and children – were killed in Yemen’s Red Sea port city of Hodeidah in mortar attacks believed to be carried out by the Saudi-UAE alliance.”

“According to the UN, at least 10,000 people have been killed in the three-year war – a death toll that has not been updated in years and is certain to be far higher.” 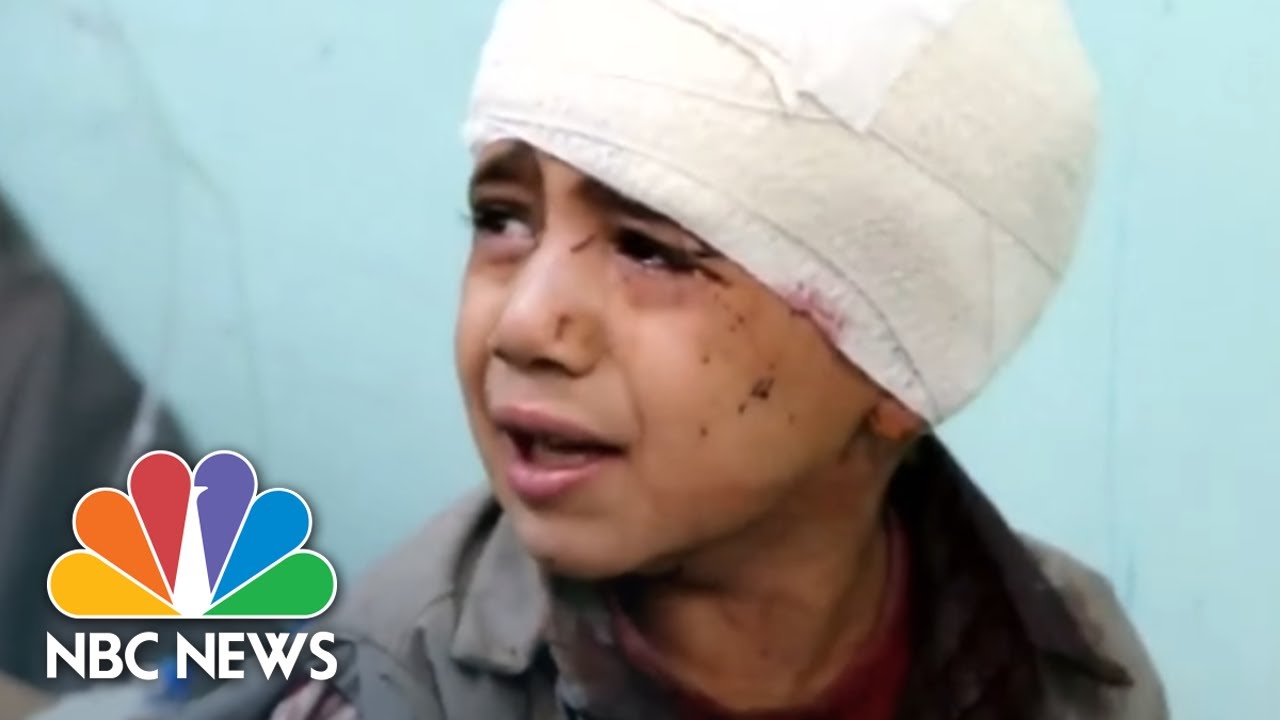 “In June, Saudi and UAE forces carried out 258 air raids on Yemen, nearly one-third of which targeted non-military sites.”