The FBI’s memo regarding its sentencing recommendation for George Papadopoulos’s part in the Trump-Russia saga under investigation by its Special Counsel Robert Mueller III, clarifies Mr. Papadopoulos’s involvement which is far from innocent.

“As to Papadopoulos’s conduct, the document should—though undoubtedly won’t—puncture some of the conspiracy theories that treat Papadopoulos as some kind of victim of an overzealous prosecutor out to get Trump or as an extraneous “coffee boy.” It is also a good reminder that the investigation of L’Affaire Russe began not with the so-called Steele Dossier but with an approach to a Trump campaign figure with the offer of “dirt” on Hillary Clinton in the form of emails—and that campaign figure then lied about the approach repeatedly to the FBI.”

“As to the state of the Mueller investigation, the document will also puncture some myths about the degree or importance of Papadopoulos’s cooperation or what the Mueller probe was likely to learn from him.” 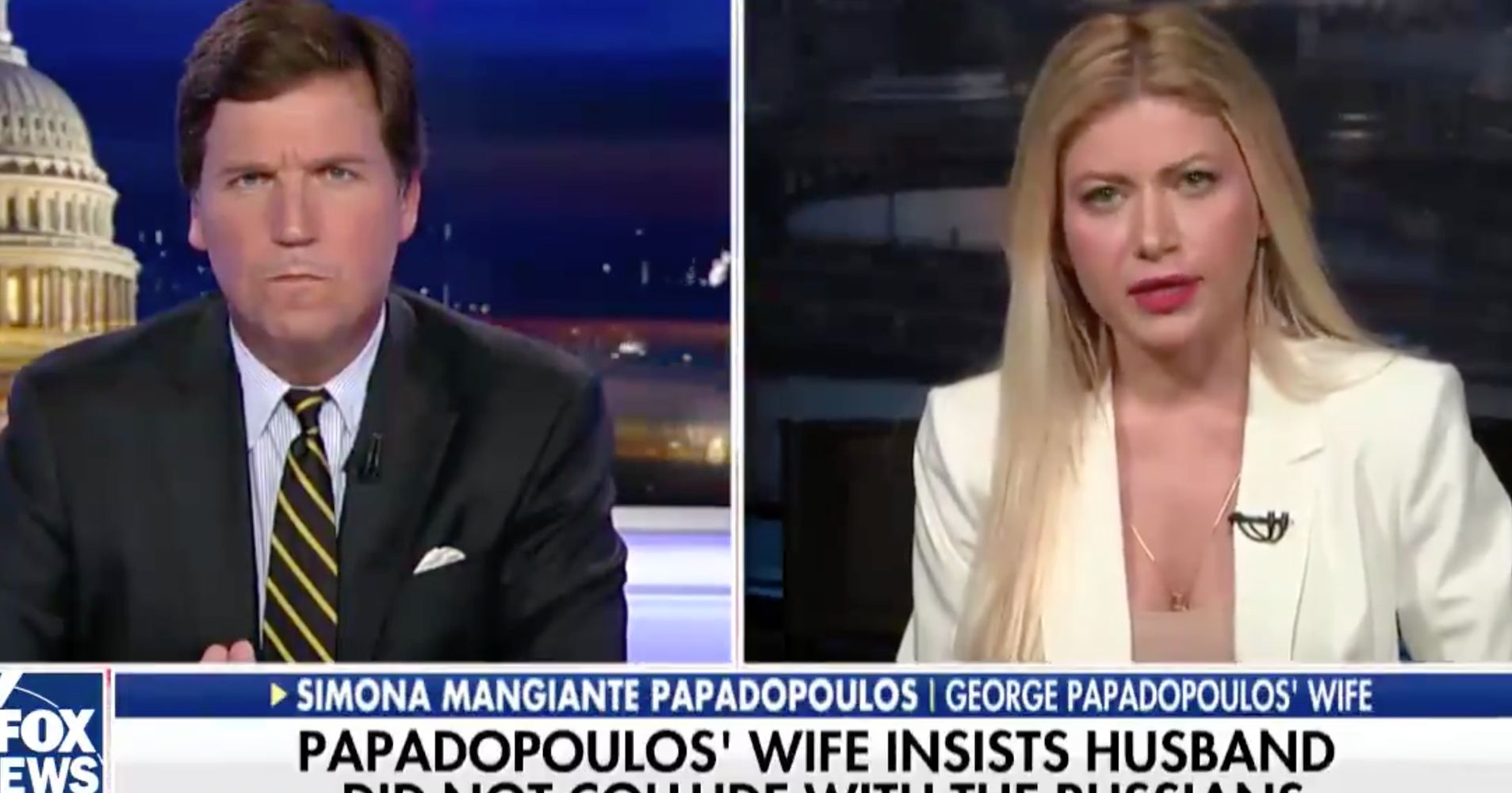 “A lot of people had high hopes for Papadopoulos’s cooperation, and we confess we were among them. The hopes stemmed from a few sources. The first was the extraordinary nature of Papadopoulos’s admissions. The second was the long lag—more than two full months—between the time of his arrest, on July 27, 2017, and the time of his plea, which did not take place until Oct. 5. This lag led many analysts to assume that Papadopoulos had been actively cooperating with Mueller during that period of time. Delays in his sentencing fueled this perception, as did—in our case, at least—a statement by Papadopoulos’s attorneys when the DNC named their client as a defendant in a civil suit. “It is our hope that when all the facts are known, the plaintiff will voluntarily dismiss Mr. Papadopoulos from the complaint,” said his attorneys Thomas Breen and Robert Stanley at the time. The cumulative impression created was that Papadopoulos was cooperating and may have been doing so in secret for a while before his plea was announced.”

“That impression took a big hit when a series of news stories emerged about the identity of an FBI source with whom Papadopoulos had been communicating; the Daily Caller sourced its report to “a source familiar with Papadopoulos’s thinking,” and the New York Times and Washington Post cited “people familiar” with the source’s approach to Papadopoulos. As we wrote at the time, the Daily Caller report “is clearly sourced either to Papadopoulos or someone close to him,” and suggested that the person in question was a spy “based principally on Papadopoulos’s suspicions.” Such news stories didn’t seem to describe a cooperating witness.”

“The impression took another hit when Papadopoulos’s wife began giving interviews   suggesting he had been mistreated, deserved a pardon, and had not revealed any collusion.”

“The government’s sentencing memorandum puts the theory decisively to rest. It makes clear that Papadopoulos’s cooperation was always grudging and limited, and it strongly suggests that it never amounted to all that much. “The defendant did not provide ‘substantial assistance,” Mueller’s team writes, “and much of the information provided by the defendant came only after the government confronted him with his own emails, text messages, internet search history, and other information it had obtained via search warrants and subpoenas well after the defendant’s FBI interview as the government continued its investigation.”

“The document specifically splashes cold water on the idea that the months in which Papadopoulos was under the radar amounted to some period of secret work with investigators. To the contrary, the memo makes clear that his cooperation in that period amounted to a handful of proffer sessions. Within a relatively short period of time, he had begun talking to the press—including an interview with an unnamed “national publication”—and the government canceled further interviews. Notably, the sentencing memo does not request a departure from the normal sentencing guidelines for 18 USC 1001, and recommends a sentence within the guidelines’ range of zero to six months.”

The memo dwells at length on the seriousness of Papadopoulos’s offense. We knew from the initial documents filed in Papadopoulos’s case that he had lied to the FBI about his contacts with individuals suspected of links to the Kremlin—namely, a “Professor” (since identified in the press as Joseph Mifsud), a woman whom Papadopoulos understood to be Putin’s niece, and a Russian individual linked to that country’s Ministry of Foreign Affairs. But the sentencing memorandum spells out the details of Papadopoulos’s conduct in greater depth.”

“Not only did Papadopoulos lie to investigators, the memo writes, he lied repeatedly, after the agents informed him that doing so would be a “federal offense.” He falsely said “at least a dozen” times that Mifsud told him of Russia’s “dirt” on Clinton in Feb. 27, before he joined the Trump campaign, when in fact Mifsud had reached out to him in March 2017, after he had signed on as a foreign policy advisor to the campaign. (It was, he said, “a very strange coincidence” to be informed of the “dirt” before his association with the campaign.) He also downplayed the extent and subject of his communications with Mifsud and the Russian woman, falsely giving investigators the impression that he did not believe the two to have high-level connections to the Russian government. And when asked if he had met with any Russian nationals—or, amusingly, anyone “with a Russian accent”—he lied and did not tell the FBI of his communications with the Russian close to the Ministry of Foreign Affairs.”

“Papadopoulos told these lies in a voluntary Jan. 2017 meeting with FBI agents at the Chicago field office, the memo contends. When he met again with the FBI in Feb. 2017, he did not admit that he had misled the agents. Indeed, he sought to further cover his tracks, deactivated his Facebook account—which documented his communications with Mifsud and the Ministry of Foreign Affairs contact—and “obtained a new phone.”

“The memo also makes clear that Papadopoulos’s lies were not harmless; they “were intended to harm the investigation, and did so.” Most importantly, his dissembling prevented the FBI from detaining or arresting Mifsud in Washington, D.C.. in the winter of 2017. Mifsud subsequently left the US, according to the memo.”

“Anyone who has been paying attention to the Russia investigation has likely seen Papadopoulos’s wife appearing on television to declare her husband’s blamelessness over the last couple of months and request a presidential pardon. It seems that Mueller’s team has as well. In a lengthy footnote, the sentencing memo documents and rebuts Simona Mangiante Papadopoulos’s protestations. The repudiation of her claims—specifically, that her husband “voluntarily reported” his interactions with Mifsud to the Bureau and was subsequently entrapped by the FBI—is fairly damning. Since Ms. Mangiante Papadopoulos remains on something of a campaign on the subject, the footnote is worth quoting at some length:”

“To the contrary, the defendant identified the Professor only after being prompted by a series of specific questions about when the defendant first learned about Russia’s disclosure of information related to the campaign and whether the defendant had ever “received any information like that from a [] Russian government official.” In response, while denying he received any information from a Russian government official, the defendant identified the Professor by name – while also falsely claiming he interacted with the Professor “before I was with Trump though.” Over the next several minutes in the interview, the defendant repeatedly and falsely claimed that his interactions with the Professor occurred before he was working for the Trump campaign, and he did not mention his discussion with the Professor about the Russians possessing “dirt” on Clinton. That fact only came up after additional specific questioning from the agents. The agents asked the defendant: “going back to the WikiLeaks and maybe the Russian hacking and all that, were you ever made aware that the Russians had intent to disclose information [] ahead of time? So before it became public? Did anyone ever tell you that the Russian government plans to release some information[,] like tell the Trump team ahead of time[,] that that was going to happen?” The defendant responded, “No.” The agents then skeptically asked, “No?” The defendant responded: “No, not on, no not the Trump [campaign], but I will tell you something and – and this is . . . actually very good that we’re, that you just brought this up because I wasn’t working with Trump at the time[.] I was working in London . . . with that guy [the Professor].” Only then, after acknowledging that the agents had “brought this up” and lying about when he received the information, did the defendant admit that the Professor had told him “the Russians had emails of Clinton.”

“These lies are the sort of thing the FBI prosecutes routinely.”

The bottom line is that the George Papadopoulos story should neither be blithely dismissed nor inflated into more than it likely is. It appears to have been the trigger for the Russia investigation. It does not appear to hold the key to what we don’t yet know about L’Affaire Russe.