For some unknown reason, the republican President Donald Trump did not invoke “executive privilege” which could have prevented the White House Counsel Don McGahn from sharing what he knows with the FBI’s Special Counsel Robert Mueller III, who’s heading the Trump-Russia probe.

There seems to have been some confusion among those in the White House regarding the differences between Mr. McGahn being White House Counsel and a personal attorney to the US president.

As per 8/18/17 Reuters report, “I don’t think the White House has much of a shot if it claims executive privilege. The U.S. Supreme Court has already said in 1974’s U.S. v. Nixon that executive privilege gives way in a criminal investigation. Asserting attorney-client privilege would also be a long shot for the White House. As I’ll explain, three different federal appellate courts – including the District of Columbia, where Mueller has impaneled a grand jury – have held that government lawyers cannot rely on attorney-client privilege to defy federal grand jury demands for information.”

“The White House counsel, Donald F. McGahn II, has cooperated extensively in the special counsel investigation, sharing detailed accounts about the episodes at the heart of the inquiry into whether President Trump obstructed justice, including some that investigators would not have learned of otherwise, according to a dozen current and former White House officials and others briefed on the matter.”

“In at least three voluntary interviews with investigators that totaled 30 hours over the past nine months, Mr. McGahn described the president’s fury toward the Russia investigation and the ways in which he urged Mr. McGahn to respond to it. He provided the investigators examining whether Mr. Trump obstructed justice a clear view of the president’s most intimate moments with his lawyer.”

“Among them were Mr. Trump’s comments and actions during the firing of the F.B.I. director, James B. Comey, and Mr. Trump’s obsession with putting a loyalist in charge of the inquiry, including his repeated urging of Attorney General Jeff Sessions to claim oversight of it. Mr. McGahn was also centrally involved in Mr. Trump’s attempts to fire the special counsel, Robert S. Mueller III, which investigators might not have discovered without him.”

“For a lawyer to share so much with investigators scrutinizing his client is unusual. Lawyers are rarely so open with investigators, not only because they are advocating on behalf of their clients but also because their conversations with clients are potentially shielded by attorney-client privilege, and in the case of presidents, executive privilege.”

“Mr. McGahn’s role as a cooperating witness further strains his already complicated relationship with the president. Though Mr. Trump has fought with Mr. McGahn as much as with any of his top aides, White House advisers have said, both men have benefited significantly from their partnership.”

“Mr. McGahn has overseen two of Mr. Trump’s signature accomplishments — stocking the federal courts and cutting government regulations — and become a champion of conservatives in the process.”

“But the two rarely speak one on one — the White House chief of staff, John F. Kelly, and other advisers are usually present for their meetings — and Mr. Trump has questioned Mr. McGahn’s loyalty. In turn, Mr. Trump’s behavior has so exasperated Mr. McGahn that he has called the president “King Kong” behind his back, to connote his volcanic anger, people close to Mr. McGahn said.” 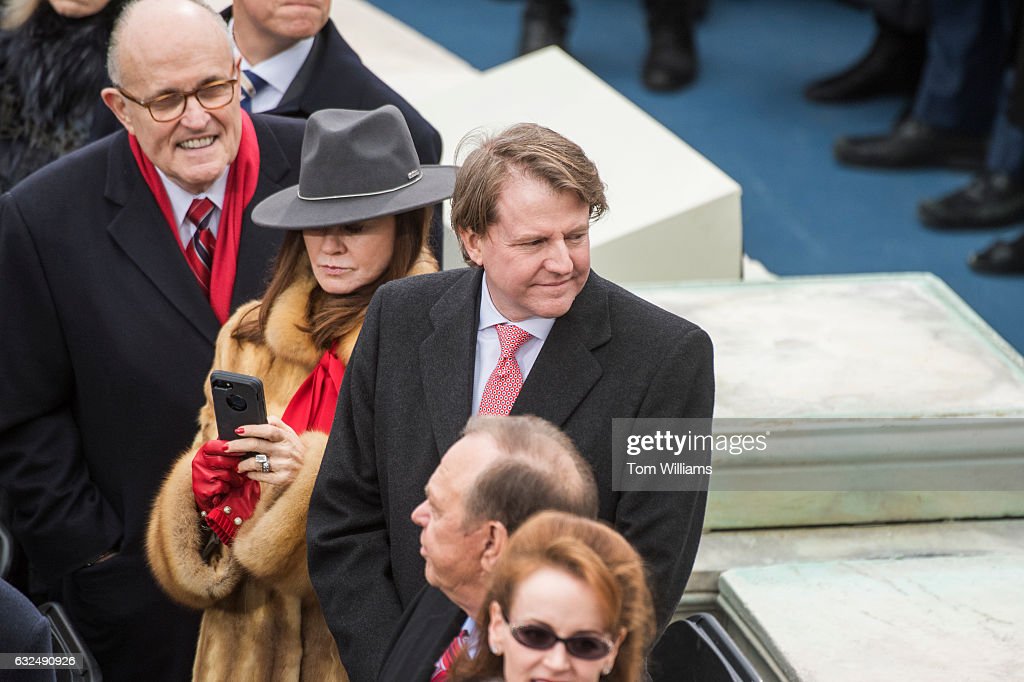 “This account is based on interviews with current and former White House officials and others who have spoken to both men, all of whom requested anonymity to discuss a sensitive investigation.”

Mr. Burck said that Mr. McGahn had been obliged to cooperate with the special counsel. “President Trump, through counsel, declined to assert any privilege over Mr. McGahn’s testimony, so Mr. McGahn answered the special counsel team’s questions fulsomely and honestly, as any person interviewed by federal investigators must,” he said.

“The president stressed that the White House had been cooperative with the investigation, tweeting on Saturday evening after this article was published that Mr. McGahn had been allowed to speak to the special counsel.”

I allowed White House Counsel Don McGahn, and all other requested members of the White House Staff, to fully cooperate with the Special Counsel. In addition we readily gave over one million pages of documents. Most transparent in history. No Collusion, No Obstruction. Witch Hunt! “Mr. McGahn’s route from top White House lawyer to a central witness in the obstruction investigation of the president began around the time that Mr. Mueller took over the investigation into whether any Trump associates conspired with Russia’s interference in the presidential election.”

“When Mr. Mueller was appointed in May 2017, the lawyers surrounding the president realigned themselves. Mr. McGahn and other White House lawyers stopped dealing on a day-to-day basis with the investigation, as they realized they were potential witnesses in an obstruction case.”

“In the following weeks, Mr. Trump assembled a personal legal team to defend him. He wanted to take on Mr. Mueller directly, attacking his credibility and impeding investigators. But two of his newly hired lawyers, John M. Dowd and Ty Cobb, have said they took Mr. Trump at his word that he did nothing wrong and sold him on an open-book strategy. As long as Mr. Trump and the White House cooperated with Mr. Mueller, they told him, they could bring an end to the investigation within months.”

“Mr. McGahn, who had objected to Mr. Cobb’s hiring, was dubious, according to people he spoke to around that time. As White House counsel, not a personal lawyer, he viewed his role as protector of the presidency, not of Mr. Trump. Allowing a special counsel to root around the West Wing could set a precedent harmful to future administrations.”