Rep. Devin Nunes Has Been Caught With His Hands In The Cookie Jar/ Another Example Of Corruption

US Congress members are supposed to be limited in accepting gifts from sources like lobbyists and foreign governments because logic and human nature being what it is, tells us that our elected representatives would be tempted to compromise on doing what is in the best interests of the peoples they are supposed to be representing.

But then along come the US Supreme Court justices playing politics with their ruling in the Citizens United case where they declared that political spending is protected under the First Amendment,meaning corporations and unions could spend unlimited amounts of money on political activities, as long as it was done independently of a party or candidate.

This is when interested parties got together to create PACs or political action committees.

As per Wikipedia, “In the United States and Canada, a political action committee (PAC) is an organization that pools campaign contributions from members and donates those funds to campaign for or against candidates, ballot initiatives, or legislation.”

There is no way that the average Joe worker can reasonably begin to compete with those corporations and their monies in vying for the attentions of their elected officials. It’s no wonder little gets done in the US Congress and “we the people” are burdened with the likes of the republican President Donald Trump living in the White House. 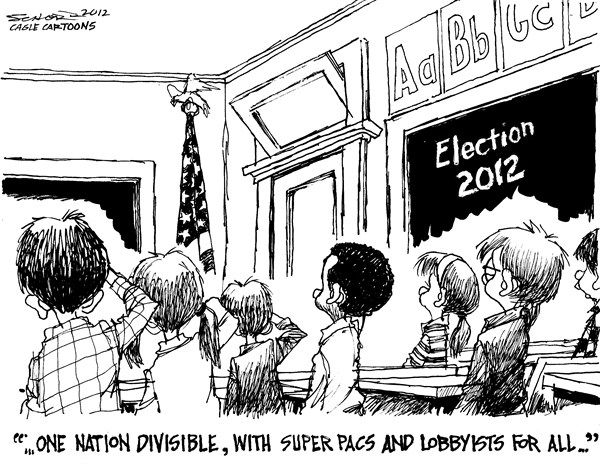 The House Ethics Committee supposedly bans the use of leadership PACs for personal use, but this rule is rarely enforced. In addition, the Federal Elections Commission (FEC) has not issued clear directives on whether the funds can be used for personal matters.

One of my least favorite congressman Rep. Devin Nunes (R-CA) who’s the chair for the US House Intelligence Committee is a prime example of how these PAC monies consisting of donations from corporations are being used by our elected officials.

As per the May 25, 2018 Fresno Bee report by Linda Traynor, “The Constitution mandates that Congress provide checks and balances on the executive. The Republican-led Congress has not only abdicated its responsibility; it’s complicit in the dismantling of these norms and the rule of law itself.”

“Rep. Devin Nunes led this unprecedented frontal assault forcing the DOJ (US Department of Justice) to provide top-secret evidence from the ongoing criminal investigation of Trump and of the FBI informant for Trump’s lawyers to examine; the equivalent of forcing the police to hand over its evidence and reveal its informant to the subject of their criminal investigation and his lawyer.”

Rep. Devin Nunes is running for reelection this November 2018, in a district that is considered to be a safe republican district. But as per current polls, the democratic candidate Andrew Janz is within striking distance.

“Rep. Devin Nunes used political donations to pay for nearly $15,000 in tickets to Boston Celtics basketball games as well as winery tours and lavish trips to Las Vegas, according to reports from the Federal Election Commission and two nonpartisan watchdog groups.”

“Nunes, R-Calif., has reportedly been a Celtics fan since high school, though he grew up in Tulare, California. He used the money from his political action committee last year on three occasions to buy tickets.”

“His PAC also spent about $42,741 since 2013 on catering, site rentals, hotels and meals in Las Vegas. The most recent instance was March 9, when the PAC spent $7,229 at seven different restaurants and hotels in Las Vegas.”

“On June 19, the PAC’s expenditures included nearly $5,000 spent at six wineries in Paso Robles and Santa Margarita, both outside his district in California, and about $5,000 to Gold Coast Limousine the same day.”

“Also listed was a hotel charge for $4,409 at Sea Venture, a hotel about 20 miles from Santa Margarita and located right on the beach.”

“All Boston, Vegas and winery charges were listed as fundraising expenses.”

“Nunes responded, “I wish I could help you,” when McClatchy approached him Wednesday with questions about his PAC spending.”

“Leadership PACs such as the one Nunes runs are supposed to be used to allow members of Congress to donate money to other political campaigns, but using them for other expenses in connection with fundraising is common among members of Congress.”

“Nunes’ fame has grown enormously due to his position as House Intelligence Committee chairman, his friendly relationship with President Donald Trump and his controversial views about Department of Justice investigations.” 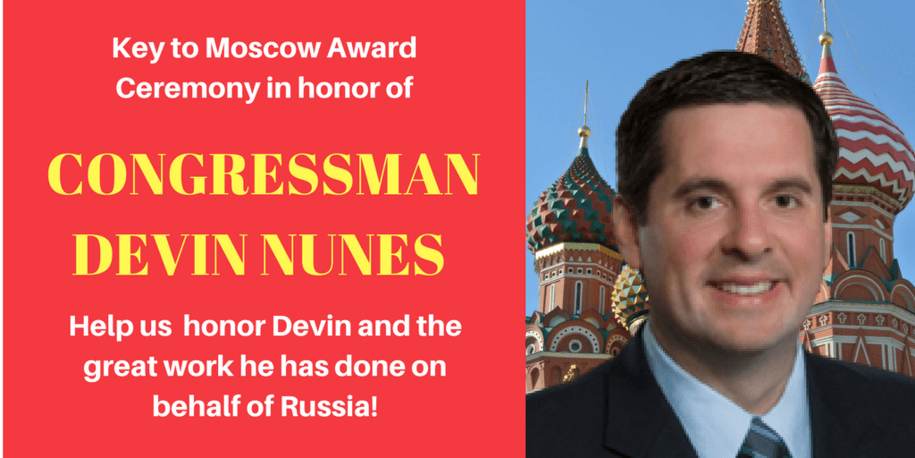 “Many Democrats and some Republicans see his efforts as attempts to discredit the investigation of Special Counsel Robert Mueller into the Trump campaign’s involvement with Russia during the 2016 presidential election.”

“As he became better known, Nunes’ fundraising ability has grown.”

“Nunes has raised more than $7 million for his own 2018 re-election, compared to past years when he typically collected between $1 million and $2.5 million. The PAC, called New PAC, has also seen its fundraising climb year after year, and is currently on track to raise and spend more money over the 2017-18 cycle than it did in years past.”

“A report by the nonpartisan Campaign Legal Center and Issue One, released Thursday, spotlighted the various ways members of Congress use leadership PACs to “subsidize lavish lifestyles on their donors’ dimes.”

“Brendan Fischer and Maggie Christ, the report’s authors, estimated that on average over the past three election cycles 45 percent of money given to leadership PACs actually went to other candidates or political committees.”

“Nunes has a slightly better rate than average, with 52 percent of New PAC’s spending going toward campaign contributions.”

“They’ll say these are fundraising events, or say it coincided with a fundraiser, where they raised more money with donors,” Fischer said. “But at what point are they effectively raising money just to fund their next fundraiser?”

“The Celtics had home games within a few days of those purchases. The May date was during playoffs against the Washington Wizards. The PAC also spent $3,594 for a four-star hotel in Boston, the Omni Parker House, on May 8, 2017.”

“Set aside that Nunes has got to be one of about 15 people in his district that spends the NBA season rooting for the guys from Teddy Kennedy’s turf instead of local favorites; the fact is, the FEC is not going to look favorably on a dude who uses his tax-exempt political entity like a personal slush fund, flying himself to Boston to watch them while apparently engaging in no activity relevant to the purpose of the political organization,” said Liz Mair, a Republican political strategist who heads the anti-Trump group Swamp Accountability Project. The group has been funding ads targeting Nunes.”

“While trips to Las Vegas were common enough among members of Congress to have its own category in the CLC and Issue One report, Nunes was listed as having spent the most there since 2013.”