1st Came GOP Rep. Collins, Then Came Rep. Hunter Who Were 1st To Back Trump, And To Be In Legal Hot Water

First it was the republican US congressman Rep. Chris Collins from NY who was indited in August 2018 for insider trading. He had been the first congressional representative who came out to back the presidency of Donald J. Trump.

Now it looks like the 2nd US congressional republican lawmaker Duncan Hunter from California who came out to back the 45th US president is also in legal hot water. He and his wife, Margaret, were indicted by a federal grand jury Tuesday (8/21/18) on charges they used $250,000 in campaign funds for personal use and filed false campaign finance reports with the Federal Election Commission to mask their actions.

There is this saying that’s perfect for these circumstances, “Birds of a feather, flock together.”

“U.S. Rep. Duncan Hunter (R-Alpine) and his wife, Margaret, were indicted by a federal grand jury Tuesday on charges they used $250,000 in campaign funds for personal use and filed false campaign finance reports with the Federal Election Commission to mask their actions.”

“The 48-page indictment details lavish spending from 2009 to 2016, including family vacations to Italy and Hawaii, home utilities, school tuition for their children, video games and even dental work. The San Diego Union-Tribune first identified the improper spending.”

“To conceal the spending, family dental bills were listed as a charitable contribution to “Smiles for Life,” the government alleges. Tickets for the family to see Riverdance at the San Diego Civic Theatre became “San Diego Civic Center for Republican Women Federated/Fundraising,” according to the indictment. Clothing purchases at a golf course were falsely reported as golf “balls for the wounded warriors.”

“The indictment alleges that Congressman Hunter and his wife repeatedly dipped into campaign coffers as if they were personal bank accounts, and falsified FEC campaign finance reports to cover their tracks,” said U.S. Atty. Adam Braverman. “Elected representatives should jealously guard the public’s trust, not abuse their positions for personal gain. Today’s indictment is a reminder that no one is above the law.”

“Hunter’s campaign released a statement Tuesday calling the indictment politically motivated and linked to his support for President Trump. It alleges that the federal attorneys involved in the indictment attended a “Hillary Clinton for President” fundraiser on Aug. 27, 2015, and should have recused themselves.”

“An indictment only three months before the election and almost two years since the investigation began “reflects a loss of impartiality and appears to be an effort to derail Congressman Hunter’s reelection in the Nov. 6, 2018 election,” Hunter’s attorney Gregory Vega said in a statement.”

“Hunter has previously said he did not handle the campaign’s credit card and did not do anything improper. He attributed any violations to honest mistakes and repaid several thousands of dollars to his campaign before the FBI investigation began.”

“But the government alleges the Hunters were repeatedly warned that using campaign funds for their personal spending was inappropriate, and did so anyway.”

“The Hunters are scheduled to be arraigned at 10:30 a.m. Thursday before U.S. Magistrate Judge William V. Gallo. The five charges are conspiracy to commit offenses against the United States, wire fraud, falsification of records, prohibited use of campaign contributions, and aiding and abetting.”

“The allegations mean Hunter’s district, one of the most conservative in the state, could be more competitive than it has been in years, making Republicans’ effort to retain a House majority in the midterm election even tougher.”

“While Hunter still stands a chance of winning — Trump won the district by 15 percentage points — the prospect of an indictment was the main reason Democrats kept this race on their target list.”

“His challenger, former Obama administration employee Ammar Campa-Najjar, has cast himself as a progressive Democrat who embraces single-payer healthcare and may be a poor fit for voters there.

“Hunter’s legal troubles could provide major ammunition to Campa-Najjar, who recently received an endorsement from former President Obama and hired veteran national strategist Joe Trippi. California election law does not provide a way for Republicans to replace Hunter with another GOP candidate and the only way to remove Hunter’s name from the ballot is by court order.”

“I was concerned all this time that Duncan Hunter was out for the special interests, but it turns out all along he cares only about his own self-interest, which is even worse,” said Campa-Najjar, who said the indictment “makes it an even more flippable seat.”

“California Republican leaders urged voters to not rush to judgment.”

“It was more than $1,300 in video game purchases made by Hunter’s campaign that first drew the attention of federal election officials and the San Diego Union-Tribune.”

“At the time, Hunter blamed his son for the video game purchases, saying he had used the wrong credit card to sign up for a recurring purchase.”

“Further reporting found more unusual spending by Hunter’s campaign, including an airplane ride for the family rabbit and payments to nail salons, his children’s private school and a Phoenix resort.”

“Hunter vowed to conduct an internal audit of campaign spending and reimbursed his campaign some $62,000 for spending on oral surgery, a family trip to Italy and Disneyland gift shop purchases.”

“His wife, Margaret, handled his FEC reports, although Hunter has avoided blaming her directly.”

“I was not involved in any criminal action,” Hunter told Politico in March. “Maybe I wasn’t attentive enough to my campaign.” 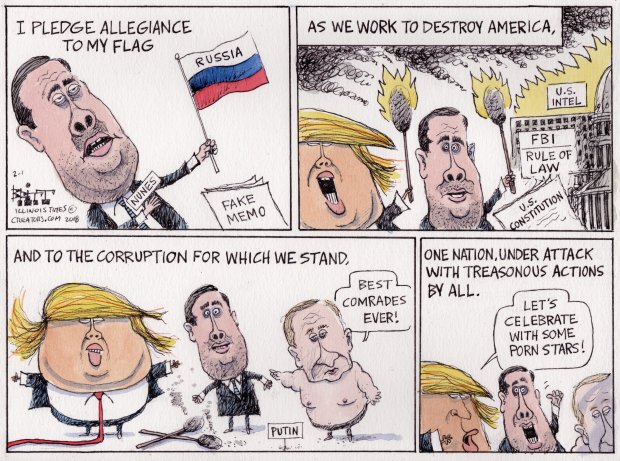 “The House Ethics Committee issued a report in March that Hunter “may have converted tens of thousands of dollars of campaign funds from his congressional campaign committee to personal use to pay for family travel, flights, utilities, healthcare, school uniforms and tuition, jewelry, groceries and other goods, services, and expenses.” The congressional committee said it was not pursing its own investigation to avoid interfering with the Justice Department.”

“Defending himself against the nearly two-year investigation has largely drained Hunter’s campaign war chest. He and his wife sold the family home and moved in with his parents.”

“The five-term congressman holds the seat his father once held.”