Canada, Mexico And US Failed To Come To A Trade Agreement By September 1, 2018

The US Congress has informed the republican US President Donald J. Trump that he cannot do a trade agreement with Mexico without including Canada in the deal. President Trump has been resorting to his bullying negotiation tactics by closing a tentative deal with Mexico first, thinking that he could then force concessions from Canada. But Canada did not fall for these Trumpian type maneuvers.

Then the US president leaked comments to a Bloomberg reporter along the lines that Canada can either accept US terms, or else. Well you can guess what happened to the state of negotiations under these brutal, callous terms.

As per a 8/27/18 Washington Post report, In an emailed statement, (Canadian Foreign Minister Chyrstia) Freeland’s spokesman said Monday that she welcomed the U.S.-Mexico agreement, but added that Canada would “only sign a new NAFTA that is good for Canada and good for the middle class. Canada’s signature is required.”

“It’s a cold, hard bluff,” said Gordon Ritchie, who was one of Canada’s principal negotiators of the original Canada-U.S. Free Trade Agreement in the 1980s. “It’s the kind of thing that might work in low-level real estate development, but I don’t think Freeland and Trudeau will be buffaloed by this.”

Frankly, if any deal gets done, it is because of President Trump’s number one trade negotiator, Mr. Robert Lighthizer. As per a 9/18/17 Bloomberg report, “He worked for decades as a trade lawyer, representing clients including U.S. Steel Corp. He served as a deputy USTR under Ronald Reagan, earning a reputation as a hard-nosed negotiator. He also has deep political experience from his time as a senior aide to former Senate Finance Committee Chairman Bob Dole.” 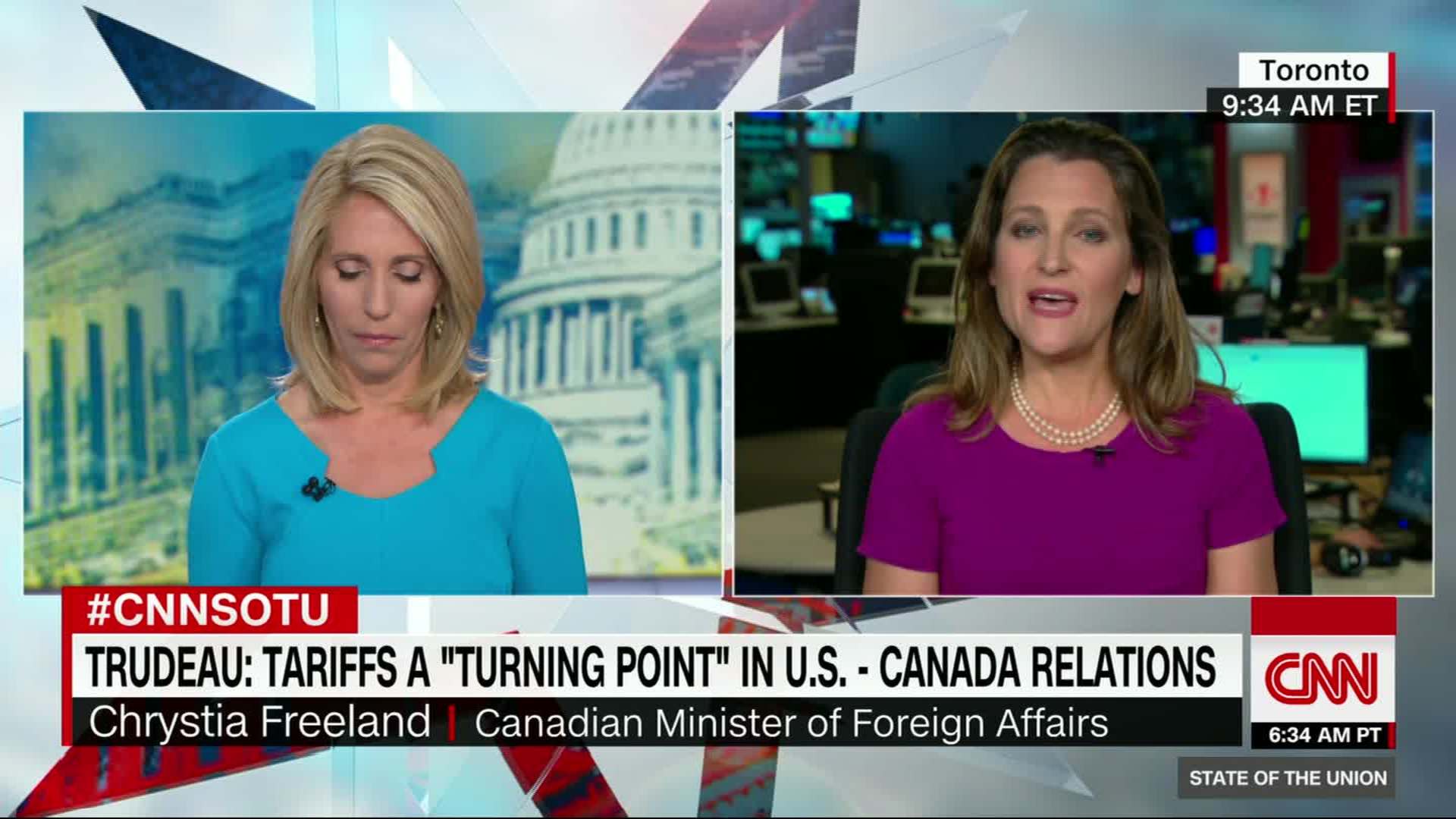 On August 31, 2018, Michelle Mark of Business Insider penned the following report, ‘At least Canada knows where I stand!’: Trump appears to confirm leaked remarks saying the US won’t make any compromises on NAFTA’

President Donald Trump on Friday appeared to confirm reports that he had privately said the US would not compromise at all with Canadian officials during negotiations on the North American Free Trade Agreement.

“Wow, I made OFF THE RECORD COMMENTS to Bloomberg concerning Canada, and this powerful understanding was BLATANTLY VIOLATED. Oh well, just more dishonest reporting. I am used to it,” he tweeted. “At least Canada knows where I stand!”

“According to The Toronto Star, Trump told Bloomberg News reporters in an off-the-record discussion on Thursday that any NAFTA deal reached would be “totally on our terms.”

“Trump reportedly also suggested that Canadians would have “no choice” but to go along with the deal, because they would fear Trump might impose auto tariffs.”

“Off the record, Canada’s working their ass off. And every time we have a problem with a point, I just put up a picture of a Chevrolet Impala,” Trump said, according to The Star. The Chevrolet Impala is produced at a General Motors plant in Canada.”

“But according to the leaked remarks, Trump also appeared concerned that stating his views publicly would insult Canadian leaders, who have been trying to persuade US officials to make several key concessions on NAFTA provisions.”

“Here’s the problem,” Trump said, according to The Star. “If I say no — the answer’s no. If I say no, then you’re going to put that, and it’s going to be so insulting they’re not going to be able to make a deal … I can’t kill these people.”

“The Star said that the remarks were made to Bloomberg News reporters on condition they not be published and that it had obtained them from a source and published them because it was not bound by Bloomberg’s agreement with Trump.”

“Though Trump appeared to blame the leak on the Bloomberg reporters, a spokesperson for the news outlet told Business Insider, “When we agree that something is off the record, we respect that.”

“NAFTA talks between US and Canadian officials were ongoing Friday (8/31/18/) afternoon. Canadian Prime Minister Justin Trudeau weighed in from an event in Oshawa, Ontario, saying Canadians would continue negotiating and would remain “unequivocal” about standing up for Canadians’ interests.”

“Over the past year and a half, there’s a lot of things that have been said from time to time,” he said. “I think people have noticed our government’s approach is always to stay constructive, positive, to engage on the substance of issues.”