How To Lose Votes In Time For Nov. 2018 Elections/ Cut Pay Raises For 2 Million Federal Workers

There we go again. The republican President Donald Trump and his GOP sycophants in the US Congress found enough monies to enact a December 2017 tax cuts plan that’s favorable bigly for corporations and the wealthy as it added to the US deficit over 10 years, a minimum of $1 trillion dollars but now, President Trump says, the US Congress can’t afford to pay for a 2.1% pay increase to cover for the rate of inflation for 2 million plus federal workers. 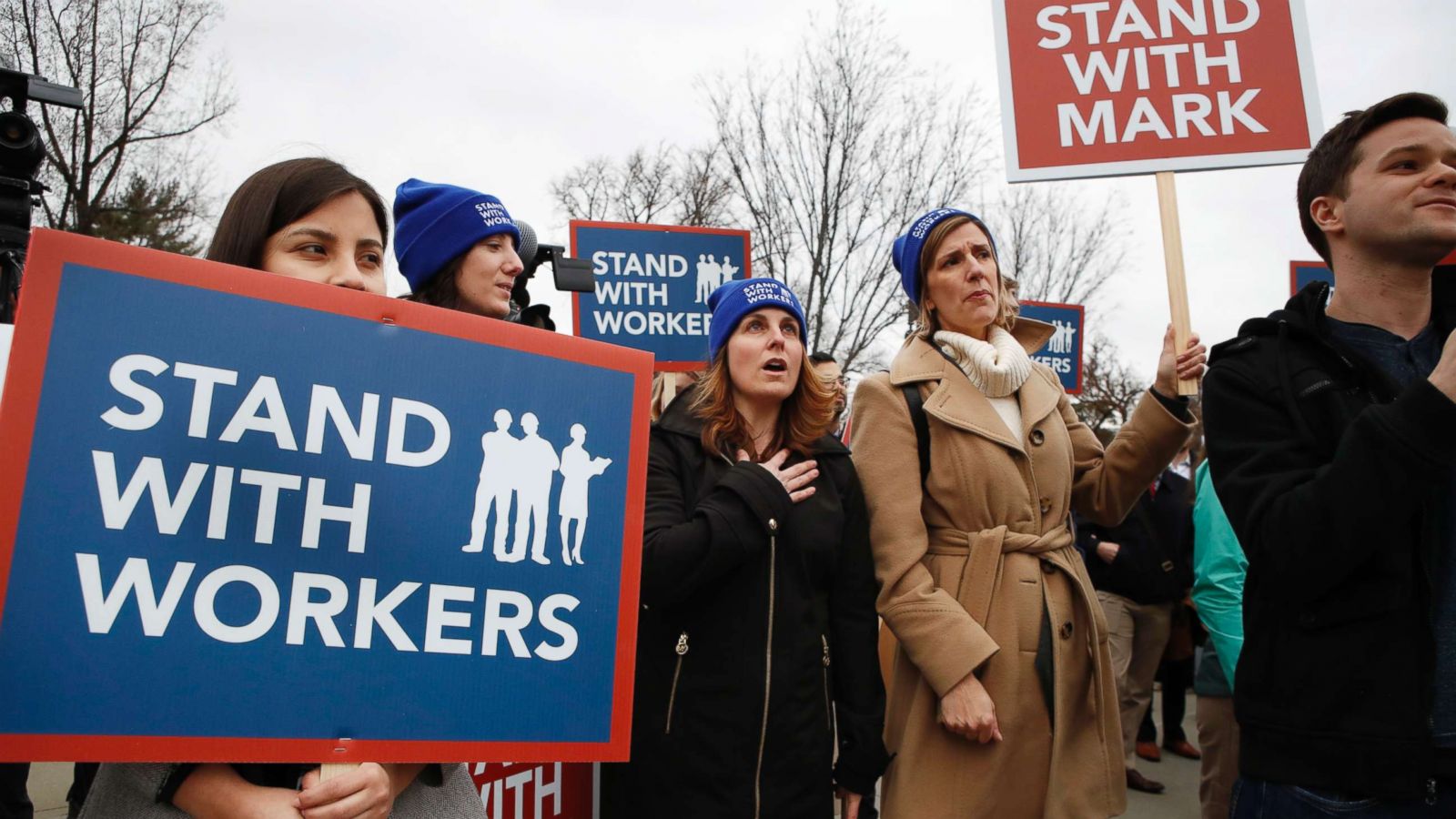 On August 30, 2018, Eric Yoder of the Washington Post penned the following report, “Trump seeks to freeze pay in 2019 for federal workers”

“President Trump wants to freeze the salaries of two million federal employees in 2019, throwing the ball into Congress’s court as lawmakers seek to reconcile conflicting views about whether employees will receive a hike in their pay.” 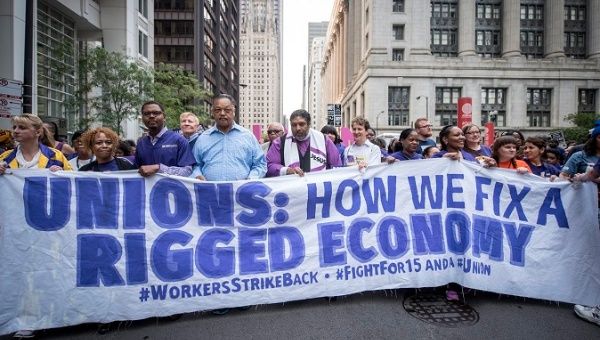 “The House has already passed legislation making no mention of a raise, effectively endorsing the freeze that Trump originally proposed in February. The Senate has passed a competing measure allowing a 1.9 percent increase, meaning that the two chambers need to resolve their differences by the end of the year or no increase will take place. The issue could become a sticking point in delicate budget negotiations that are already causing headaches on Capitol Hill.”

“A letter Trump sent to Congress on Thursday afternoon effectively prevents a large pay increase from taking effect under a complex law that triggers raises by default if no decision is made by the end of the calendar year. He cited saving money as the main reason for his decision.”

“Under current law, locality pay increases averaging 25.70 percent, costing $25 billion, would go into effect in January 2019, in addition to a 2.1 percent across-the-board increase for the base General Schedule. We must maintain efforts to put our Nation on a fiscally sustainable course, and Federal agency budgets cannot sustain such increases,” Trump’s letter said.”

“Lawmakers representing the Washington, D.C. region — home to about 15 percent of the federal workforce — decried the presidential statement on Thursday.”

“I strongly oppose eliminating the pay raise for civilian federal employees and will work with my colleagues to have the pay raise included in our appropriations,” said Virginia GOP Rep. Barbara Comstock in a statement. “We cannot balance the budget on the backs of our federal employees and I will work with my House and Senate colleagues to keep the pay increase in our appropriations measures that we vote on in September.” 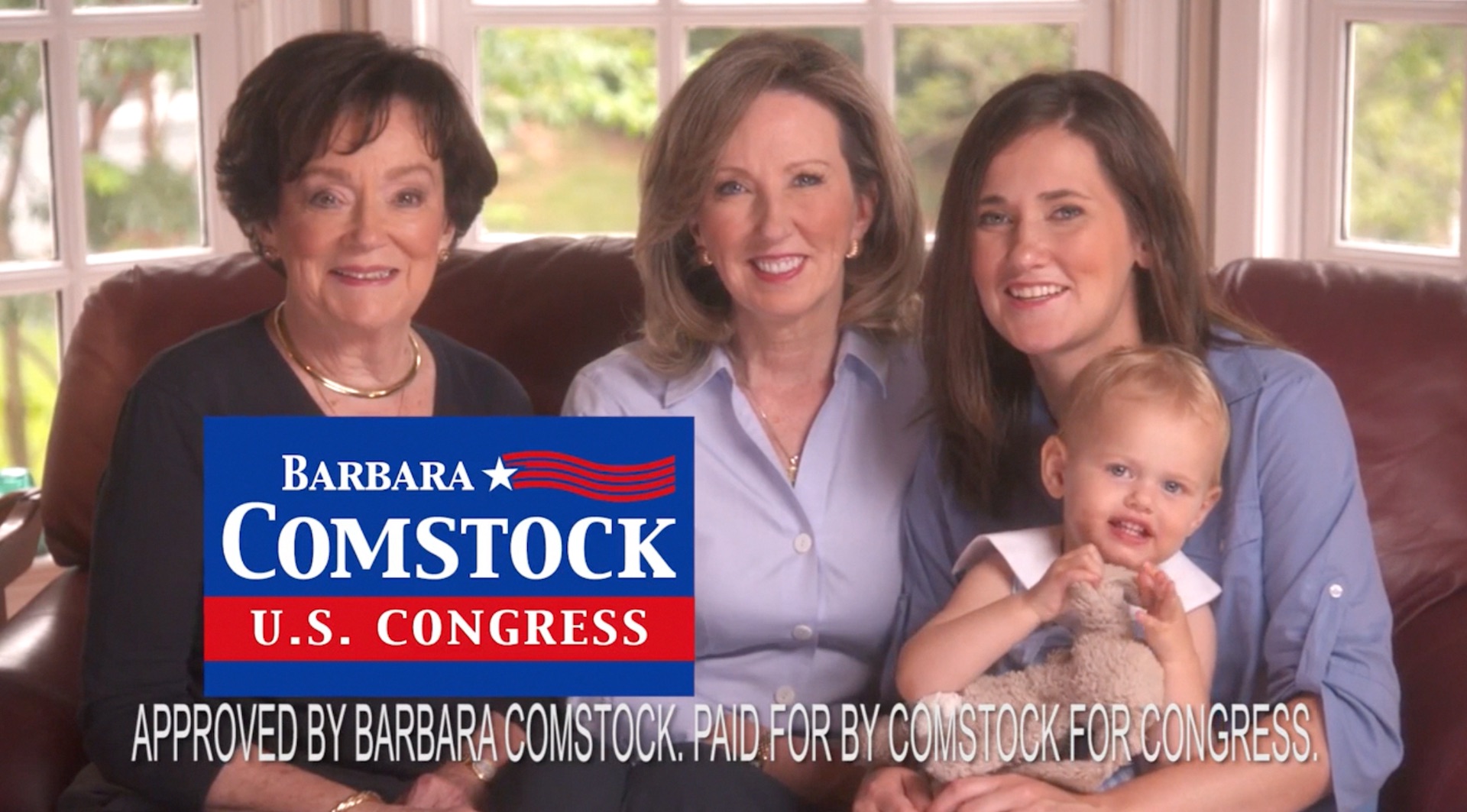 “Today’s announcement has nothing to do with making government more cost-efficient – it’s just the latest attack in the Trump Administration’s war on federal employees,” said Virginia Democratic Sen. Mark Warner.”

“Officials from federal unions also argued the decision was the latest of a string of shots by the Trump administration against the federal workforce, that recently have included directives — since blocked by a court — to restrict bargaining with federal unions and make it easier to fire poor performers.”

“This is a deeply disappointing action and one more indication that this administration, in this economic environment, simply does not respect its own workforce,” National Treasury Employees Union president Tony Reardon said in a statement.”

“Federal workers truly are America’s workforce – more than 2 million dedicated and committed federal workers who care for our veterans, support our military, protect our environment, and help working families make ends meet. More than one-third are veterans themselves, while many more work to support spouses or children who are actively serving,” said American Federation of Government Employees president J. David Cox. Sr.”

“In each year since a three-year freeze on salary rates over 2011 to 2013, Congress has taken no position on a federal worker raise, allowing the annual “alternative” raise specified in similar letters — first from President Obama, and then last year from Trump —to take effect by default.” 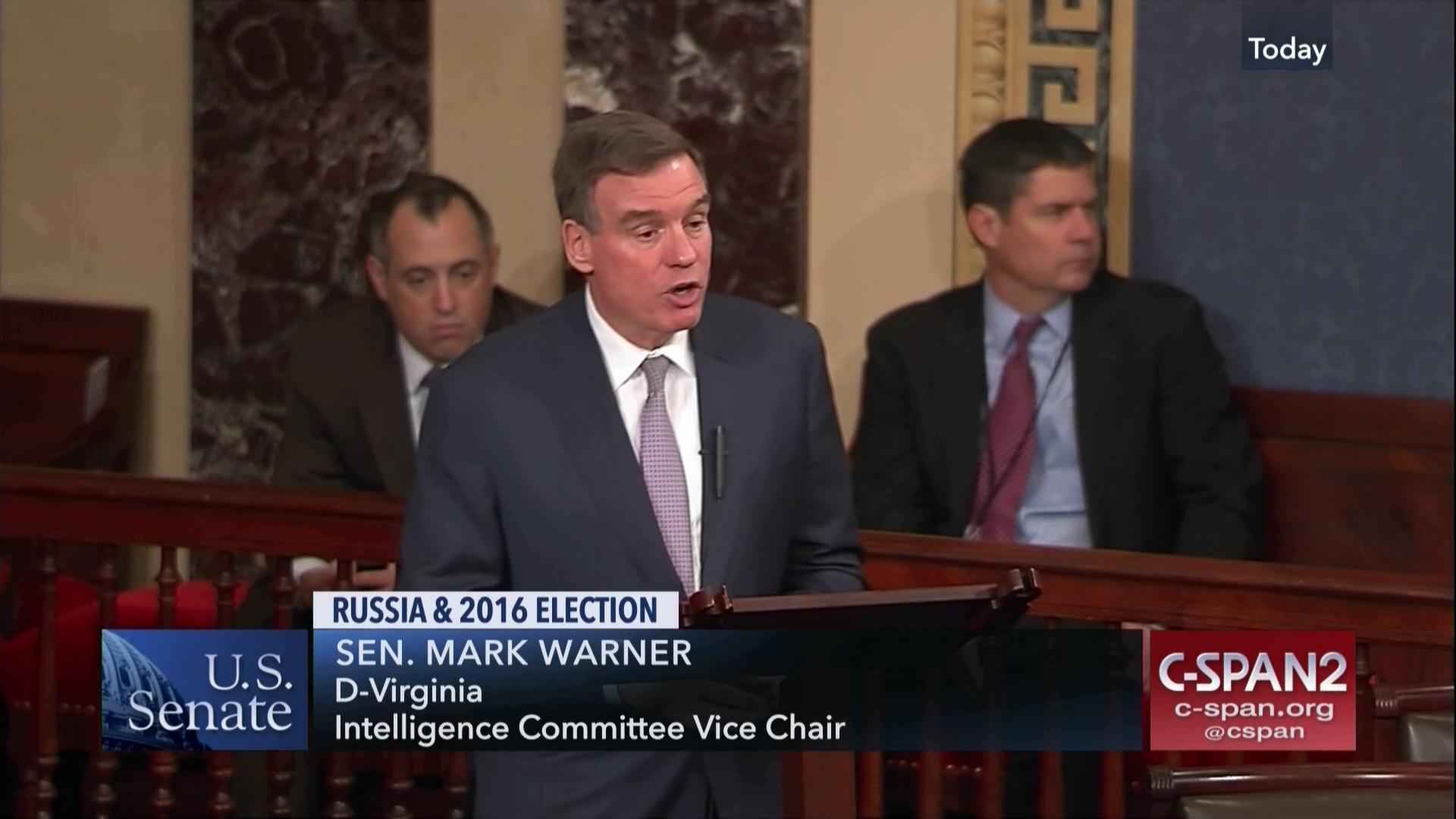 “That congressional strategy of action by inaction has resulted in raises in the 1 to 2 percent range each year for employees in the General Schedule, the pay system covering most white-collar federal employees below the executive levels. Blue-collar employees have received equivalent raises, varying by locality, while raises for high-level employees are linked to performance ratings.”

“The House in July passed a spending bill that would continue the recent pattern by remaining silent on the issue. However, the Senate soon afterward passed its own version of that bill containing a 1.9 percent raise. It advocates paying a 1.4 percent raise across-the-board for General Schedule employees and parceling out the remaining 0.5 percentage points in differing amounts, varying by locality.” 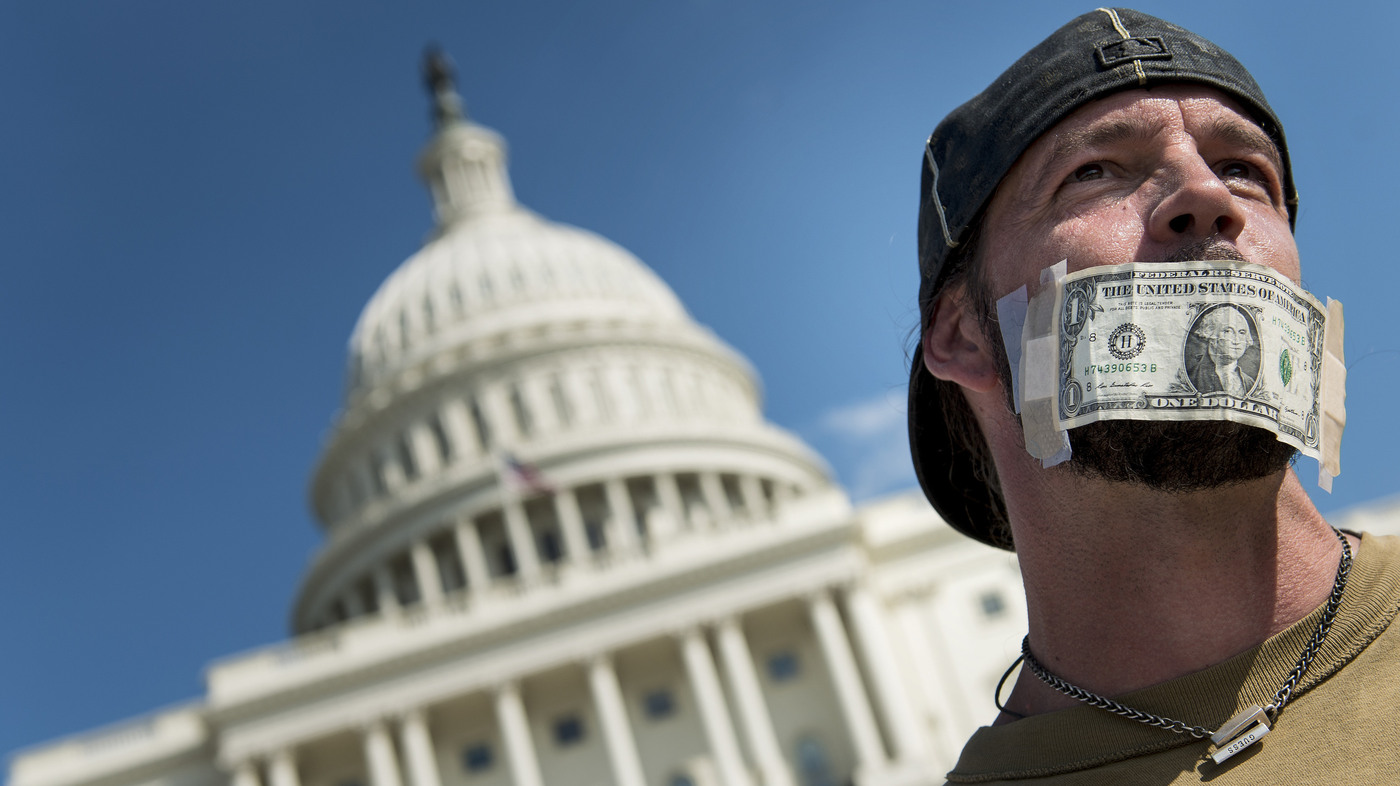 “The House and Senate will have to resolve their differences in an upcoming budget conference. In a policy statement as the Senate voted on its version, the Office of Management and Budget said it was “concerned” about inclusion of a raise, although it didn’t threaten a veto.”

“If a raise is paid, the Washington-Baltimore region—where federal salaries are a major factor in the economy—would stand to receive one of the larger amounts. A similar 1.9 percent boost paid early this year resulted in a raise of just below 2.3 in that locality pay zone, which encompasses much of Maryland and Northern Virginia and reaches into eastern West Virginia and south-central Pennsylvania.”

“Under a defense bill already signed into law, uniformed military personnel stand to receive a 2.6 percent increase in January.”

“In his letter, Trump repeated an argument in his original budget proposal that “Federal employee pay must be performance-based, and aligned strategically toward recruiting, retaining, and rewarding high-performing Federal employees and those with critical skill sets. Across-the-board pay increases and locality pay increases, in particular, have long-term fixed costs, yet fail to address existing pay disparities or target mission critical recruitment and retention goals.”