SCOTUS Pick Brett Kavanaugh Is An Outlier Justice. He Is Not A Unifier. 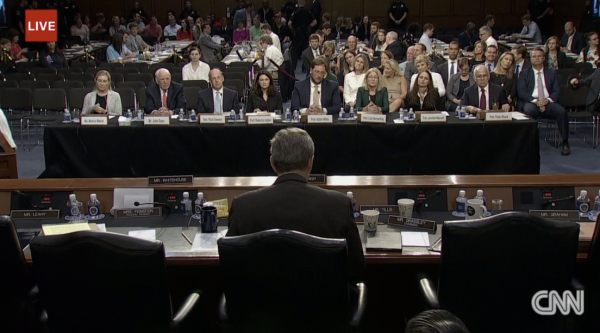 On the 7th of September 2018, there was testimony presented to the US Senate Judiciary Committee during the 4th day of the confirmation hearing being held to confirm Judge Brett Kavanaugh to become the next US Supreme Court justice. One of the witnesses who testified on behalf of Judge Kavanaugh described how he would be a unifier on the Supreme Court.

There is solid, evidenced based research that counters this claim.

On July 10, 2018, Elliott Ash and Daniel L. Chen for the Washington Post penned the following opinion piece, “Kavanaugh is radically conservative. Here’s the data to prove it.”

“On the circuit court, Kavanaugh has tended to dissent more often along partisan lines than his peers, according to our research. He has justified his decisions with conservative doctrines far more frequently than his colleagues, citing politicized precedents consistent with other Republican-appointed judges, invoking the original articles of the Constitution (in line with the originalist jurisprudence favored by conservative jurists), and using the language of economics and free markets. What’s more, Kavanaugh’s divisiveness has ramped up during campaign season: He has disagreed with his colleagues more often before elections, suggesting that he feels personally invested in national politics.”

“These findings stem from our work as social scientists who use data to understand the U.S. legal system and the decisions of judges. Although we can’t read their minds, new data technologies allow us to sift through judges’ records for insights into their worldviews and political values. Through his published decisions on the U.S. Court of Appeals for the D.C. Circuit (where he has reviewed cases since 2006), Kavanaugh provides ample material for this type of data-driven investigation. Through the published decisions of all 26 appellate judges who sat on at least fifty circuit cases and later served on the Supreme Court from 1946 to 2016, these metrics predict Supreme Court decisions.”

“In federal appeals courts, cases are usually decided by three-judge panels. Across the D.C. Circuit during Kavanaugh’s tenure there, 3 percent of the votes were dissents. But Kavanaugh has cast a dissenting vote 7 percent of the time out of the 407 published cases he heard until 2013. When Kavanaugh authored an opinion, 14 percent of the time his co-panelists dissented against him, compared with 10 percent of opinions that provoked dissents when he wasn’t the author. In contrast to this rift-making, Trump’s prior nominee, Justice Neil M. Gorsuch — as well as previous nominees rejected for being divisive, such as Merrick Garland and Robert Bork — generated more agreement than Kavanaugh relative to their peers on the opinions they wrote.” 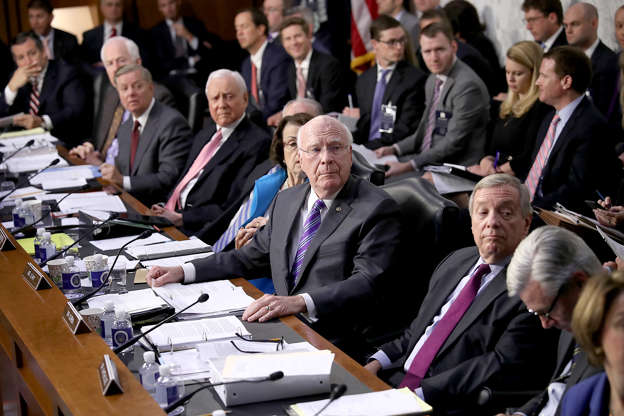 “We also found that Kavanaugh has been extremely polarizing in his votes. We measured how judges’ dissents vary with the party affiliation of the president who appointed them. (For the sake of our research, judges elevated by a Republican president are “Republicans,” and vice versa.) Judges who tend to dissent mostly against those appointed by the opposing party’s president contribute to “vote polarization.” When sitting with two panelists appointed by Democrats, which occured 56 times, Kavanaugh dissented 19 percent of the time; in other cases, he dissented 5 percent of the time, which is nearly double the rate of his colleagues. His vote polarization is especially clear in cases relating to constitutional, civil rights and due process law. (In a recent abortion case, for example, he dissented against the Democratic-controlled majority’s ruling that guaranteed an undocumented immigrant’s right to an abortion while in state custody.) Gorsuch and Bork, by contrast, did not display the same degree of vote polarization. Garland was actually more likely to cross party lines than his D.C. Circuit colleagues were.”

“Another way dissents can provide evidence of polarization is when they respond to external political factors. A forthcoming paper by Daniel L. Chen with Carlos Berdejó shows that circuit court judges tend to dissent more in the run-up to presidential elections, consistent with a (perhaps subconscious) political cheerleading motive or affect related to partisan identity. Kavanaugh has been an exemplar of this trend. Beginning the February before a presidential election, Kavanaugh has dissented 15 percent of the time; at other times, he has dissented in just 5 percent of cases. (Other judges in his circuit dissented 3 percent right before an election and 2 percent in other periods.) Kavanaugh’s “electoral dissent” is especially prevalent on highly political topics such as economic regulation, constitutional law and due process. Gorsuch, Garland and Bork were significantly less affected by external politics.”

“Kavanaugh is a partisan warrior even in his legal citations. When justifying his rulings, he tends to cite precedents that have a Republican slant: In Adeyemi v. District of Columbia , putting limits on employee discrimination claims, he quoted conservative precedent articulating “an employer’s unfettered discretion” over hiring and firing. He often cites original articles of the Constitution, especially Article II, which is associated with originalism and expanded executive power. He also invokes more economics language than his colleagues do, using market-oriented arguments associated with deregulatory policy goals. In United States v. Bullock , for instance, he used a risk-harm calculus to determine the propriety of police searches.”

“These partisan views also emerge in a “sentiment analysis” of Kavanaugh’s opinions. Using the relative positive or negative sentiment of his language (words like “favorable” and “warm” vs. words like “unfavorable” or “cold”), we found that Kavanaugh has tended to speak positively of conservatism and negatively of liberalism. More so than his colleagues, he has expressed dislike toward Congress and the federal government, as well as working-class groups (labor unions and farmers).” 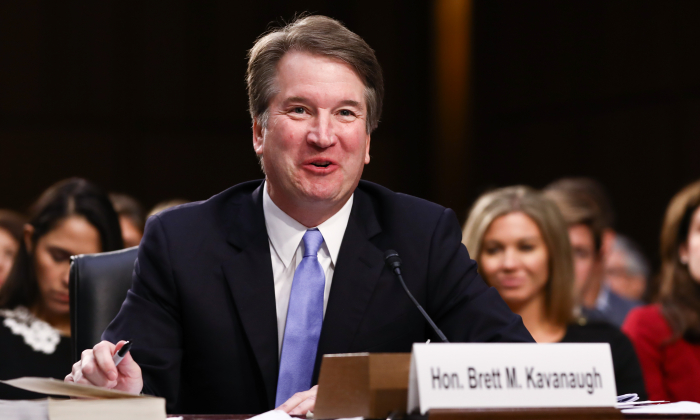 “Kavanaugh’s dissent in Agri Processor Co., Inc. v. NLRB illustrates his unenthusiastic attitude toward labor: “Their immigration status apparently unbeknownst to their employer, illegal immigrant workers voted in a union election and affected the election’s outcome. The employer later discovered that the workers were illegal; terminated them as required by federal immigration law; and sought to overturn the tainted union election.”

“A broader comparison of his writing style to those of sitting Supreme Court justices shows that Kavanaugh’s opinions are closest to those of Samuel Alito, a George W. Bush appointee who is known to be on the conservative fringe. But as a circuit judge, Alito was less extreme than Kavanaugh in terms of dissents, vote polarization, electoral dissents and citations of partisan precedents. Kavanaugh is ranked in the 1st percentile of judges based on partisan dissents (those written against two judges appointed by the opposing party), the 1st percentile for electoral dissents, the 3rd percentile for overall dissent rate, and the 13th percentile for generating dissents by colleagues when he is the opinion author. Compared to other Circuit Court judges elevated to the Supreme Court since the 1980s, Kavanaugh gets the top spot on all these measures.”

“Kavanaugh is an outlier judge; he would not be your average justice. On the evidence derived from the content of his decisions, he would be more radical than his colleagues.”

Link to entire report/ video: Kavanaugh is radically conservative. Here’s the data to prove it.