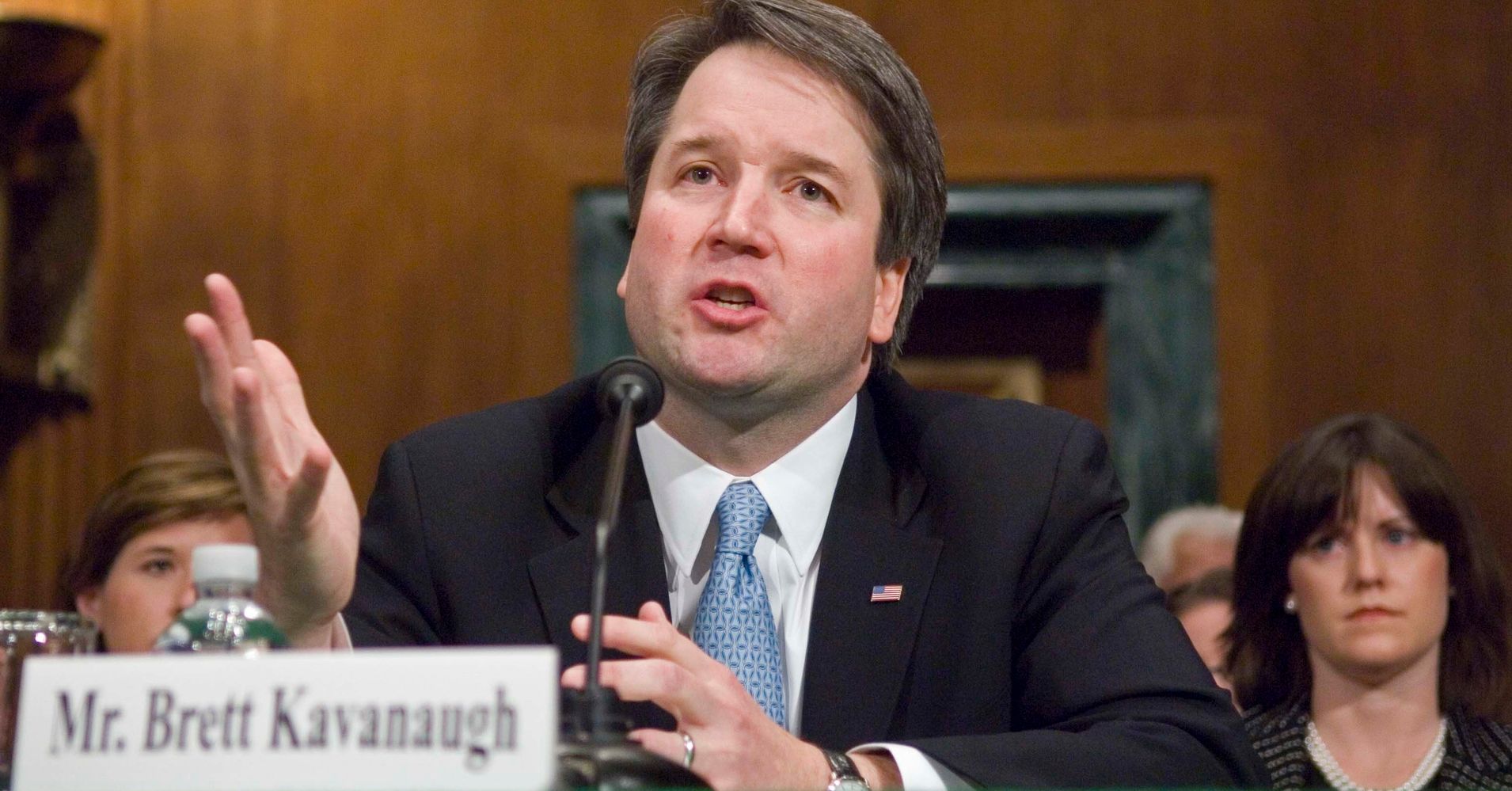 All Judge Brett Kavanaugh had to do was to tell the truth before US Senate Judiciary Committee members and his nomination was a virtual guarantee. But anyone who watched hours of this confirmation hearing learned that Judge Kavanaugh was great at obfuscation, dissembling and at side stepping controversial issues whenever possible.

But even with his high skill level as an interviewee, he messed up. There were plenty of witnesses who testified as to what a great guy he is, on many levels. I believe that what they said is probably all true.  But it doesn’t change the fact that he has been such a partisan political player/ animal to where he has been caught out being less than forthcoming, so that he should not be let anywhere near the Supreme Court.

There is no way the republican pro-choice Senators Lisa Murkowski and Susan Collins can take his word on anything, even when he claims that he would respect ‘stare decisis’ (precedent) set by the Roe v Wade past Supreme Court ruling, when reviewing cases involving abortion. In addition, his past rulings and writings regarding women’s access to legal procedures, belie the impression/ cover that he has presented tthese pro-choice senators.

The polls on Americans show that there is ambivalence regarding this SCOTUS pick.

See: Poll: Kavanaugh Is The Most Unpopular Court Pick In Decades – NYMag

On September 7, 2018, the Editorial Board of the New York Times published the following analysis, “Confirmed: Brett Kavanaugh Can’t Be Trusted” (“A perfect nominee for a president with no clear relation to the truth.”)

“In a more virtuous world, Judge Brett Kavanaugh would be deeply embarrassed by the manner in which he has arrived at the doorstep of a lifetime appointment to the Supreme Court.”

“He was nominated by a president who undermines daily the nation’s democratic order and mocks the constitutional values that Judge Kavanaugh purports to hold dear.”

“Now he’s being rammed through his confirmation process with an unprecedented degree of secrecy and partisan maneuvering by Republican senators who, despite their overflowing praise for his legal acumen and sterling credentials, appear terrified for the American people to find out much of anything about him beyond his penchant for coaching girls’ basketball.”

“Perhaps most concerning, Judge Kavanaugh seems to have trouble remembering certain important facts about his years of service to Republican administrations. More than once this week, he testified in a way that appeared to directly contradict evidence in the record.”

“For example, he testified that Roe v. Wade is “settled as a precedent of the Supreme Court.” But he said essentially the opposite in a 2003 email leaked to The Times. “I am not sure that all legal scholars refer to Roe as the settled law of the land at the Supreme Court level since Court can always overrule its precedent, and three current Justices on the Court would do so,” he wrote then.”

“Judge Kavanaugh’s backers in the Senate brushed this off by pointing out that his 2003 statement was factually correct. They’re right, which means that his testimony this week was both disingenuous and meaningless.”

“At his 2004 confirmation hearing before the Judiciary Committee, he denied any involvement in the vetting of a controversial judicial nominee while serving as one of President George W. Bush’s White House lawyers. The nominee, William Pryor Jr., had among other things called Roe v. Wade “the worst abomination of constitutional law in our history.” In fact, Mr. Kavanaugh was more than a little involved, as emails from that period— which Senate Republicans had withheld until early Thursday morning — made clear.” “In that 2004 hearing and again in 2006, when he was being considered for a seat on the federal appeals court in Washington, D.C., Mr. Kavanaugh told Congress  that he knew nothing about the extensive theft of secret strategy documents from Democratic senators’ computers by Republican staffers. As it turns out, he did in fact receive those documents or summaries of them. But he now claims that he had no reason to believe that they had been stolen, even though one email he got had the subject line “spying” and began, “I have a friend who is a mole for us on the left.”

“Then there are the persistent doubts about his truthfulness in telling senators in 2006 that he had no knowledge of Mr. Bush’s warrantless wiretapping program or his detainee treatment policy — claims that have been called into question by yet more emails, which showed he knew about both of those things years before they became public.”

“As Senator Dick Durbin of Illinois told Judge Kavanaugh on Thursday, “You say that words matter. You claim to be a textualist when you interpret other people’s words, but you don’t want to be held accountable for the plain meaning of your own words.”

“Judge Kavanaugh was quick to provide lawyerly explanations for all of these discrepancies, but they paint a pattern that’s hard to ignore: He misstates facts under oath, and Republicans cover for him by making it hard, if not impossible, to get the documents proving it. With the help of the White House and a personal lawyer for Mr. Bush, Senator Chuck Grassley, the chairman of the Judiciary Committee, has subverted a long-established, nonpartisan process and hidden more than 90 percent of the material pertaining to Judge Kavanaugh’s time in government.”

“It’s only thanks to Senate Democrats and others that we’ve been able to see important pieces of the judge’s lengthy paper trail. There is far more that was never even requested. Far from being embarrassed by all this, Judge Kavanaugh is acting like someone who knows there is virtually nothing he can do to imperil his nomination.”

“Instead, he’s followed his own cynical advice to a 2002 judicial nominee: “She should not talk about her views on specific policy or legal issues,” he wrote in an email then. “She should say that she has a commitment to follow Supreme Court precedent, that she understands and appreciates the role of a circuit judge, that she will adhere to statutory text, that she has no ideological agenda.”

“That is more or less how Judge Kavanaugh got through his hearings. But his ideological agenda is well known, which is precisely why he’s been on Republican Supreme Court shortlists for the last decade. That agenda includes, for starters, a well-established hostility to women’s reproductive rights and a stunningly expansive view of presidential power and impunity.”

“The Constitution calls this process advice and consent. Until the last few years, Republicans claimed to take that responsibility seriously. Now they are making a mockery of what is meant to be a careful and deliberative process by playing three-card monte with the American people. “

“The Republicans engage in this sort of subterfuge for an obvious reason: While they hold unified power in Washington, most of their agenda is hugely unpopular. So they hide as much of it as possible out of a fear that if more of it came to light, they will pay at the polls. Come November, voters can make that fear come true.”