It seems that a republican political operative Ed Whelan had some forewarning about the possibility that Dr. Christine Blasey Ford could come forward about her allegation of an attempted rape against the current Supreme Court nominee Judge Brett Kavanaugh and his friend Mark Judge during her high school years before her name was made public. In addition, if any coordination with Judge Kavanaugh occurred, via the right-wing PR outfit CRC, who hyped Ed Whelan’s ‘fake news’ story of a case of mistaken identity, this could end up being separate grounds for denying him confirmation.

The news outlets have been reporting that Mark Judge wrote in his 1997  book “Wasted: Tales of a GenX Drunk,” vivid details about his drunken, debauchery parties that he attended which included the character Bart O’Kavanaugh. This is nothing less than a confessional book. If every republican US senator were to read a copy of this book, they could no longer get away with saying that Judge Kavanaugh is telling the absolute truth about his non-participation in the party scene as described by Dr. Ford. 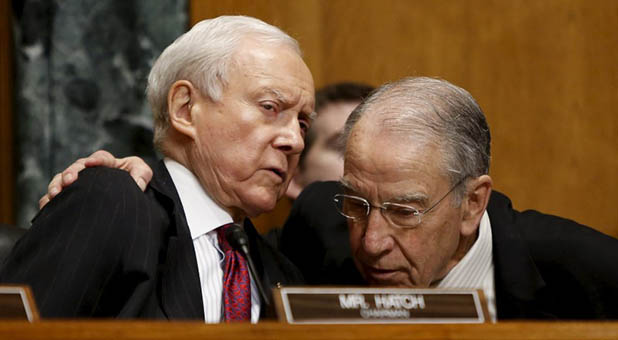 Here’s the pro-Kavanaugh  thinking by GOP senators, as per a 9/23/18 @tribelaw tweet, “Beneath the chatter, what I hear is: “He probably DID do it, but I CAN’T ADMIT I REALLY DON’T CARE as long as he didn’t score — so I’ll say ‘A good man shouldn’t be brought down by a late-breaking uncorroborated charge of teen misconduct,’ and that’ll justify my ‘yes’ vote.”

“Lawyers for Christine Blasey Ford, the woman who has accused Supreme Court nominee Brett M. Kavanaugh of sexually assaulting her when they were teenagers, said Saturday that she has accepted the Senate Judiciary Committee’s request to testify about her allegation next week while signaling that a final deal on her testimony has not been reached.”

“Christine Blasey Ford’s attorney did not actually agree to any specific terms, but she and her client got the headlines they wanted: Ford is coming to tell her story. Ford attorney Debra Katz repeatedly has stared down Republican Judiciary Committee Chairman Charles Grassley (R-Iowa), swatting away one artificial deadline after another. Grassley told her he needed an answer by Friday at 10 a.m. That got pushed to 10 p.m., and then to 2:30 p.m. on Saturday. Katz rightly called these deadlines arbitrary and more importantly knew she had leverage. With Republican Sens. Susan Collins of Maine, Lisa Murkowski of Alaska and Jeff Flake of Arizona saying they wanted to hear from Ford before voting, Grassley couldn’t very well cut off discussion. He didn’t have the votes to confirm the nominee.  If Republicans were hoping to intimidate Ford it didn’t work. Rather it revealed that there is a slim chance, more than zero, that Republicans might not have the votes after this next week.”

“In the past 48 hours or so Republicans have made repeated, stupid mistakes that have not helped their position. President Trump attacked Ford, asserting she would have gone to the police as a 15-year-old if the attempted rape was “that bad.” Collins pronounced herself “appalled.” Senate Majority Leader Mitch McConnell (R-Ky.) repeatedly vowed he would confirm Kavanaugh. They’d “plow through” he declared, a remarkable confession that they’ll bulldoze Ford and vote to confirm no matter what. The public can conclude Republicans have no problem sitting Kavanaugh even if Ford’s claim is true.”

“Republicans compounded their errors by their own misconduct. The Post reported Friday night:”

A conservative legal commentator on Friday denied communicating with the White House or Supreme Court nominee Brett M. Kavanaugh about his theory that the woman accusing Kavanaugh of sexual assault was mistaking him for someone else.

“I have not communicated at all with [White House counsel] Donald McGahn or anyone at the White House, or Judge Kavanaugh, about the topic of the Twitter thread,” Ed Whelan said in a brief interview with The Washington Post.

I made an appalling and inexcusable mistake of judgment in posting the tweet thread in a way that identified Kavanaugh’s Georgetown Prep classmate. I take full responsibility for that mistake, and I deeply apologize for it. I realize that does not undo the mistake.

I grievously and carelessly wronged the person I identified, and I owe him and his family my deepest apologies. And I of course do not deserve to have him accept my apologies.

“Nevertheless, it appears someone communicated her name to Whelan before it was made public. (Last Sunday, “Ford alerted an associate via email that Whelan had looked at her LinkedIn page, according to the email, which was reviewed by The Post. LinkedIn allows some subscribers to see who views their pages. Ford sent the email about 90 minutes after The Post shared her name with a White House spokesman and hours before her identity was revealed in a story posted on its website.”)”

A horrific incident similar to the one the accuser alleges may well have occurred. But if so, she’s got the wrong guy. Kavanaugh wasn’t present, as this and much more will confirm.https://www.cnn.com/2018/09/18/politics/pj-smyth-brett-kavanaugh/index.html …

Kavanaugh ex-classmate denies being at party in sexual assault allegation

In a letter to the Senate Judiciary Committee, another former classmate of Brett Kavanaugh’s denies attending a party like the one described in the allegation made by Christine Blasey Ford, who has…

“The question now is whether anyone at the White House, Kavanaugh or at the Senate Judiciary Committee was involved in the harebrained scheme to accuse a classmate of Kavanaugh’s under the bonkers theory Ford got the identity of her attacker “confused.” Well, someone told Whelan what was up, and any coordination with Kavanaugh (for example, via the right-wing PR outfit CRC, who hyped Whelan’s revelation), would be separate grounds for denying him confirmation and would also ensnare the judge in the host of civil and ethical problems Whelan created.”

“As if that weren’t enough, an employee of CRC on loan to the Senate Judiciary Committee, Garrett Ventry, resigned for falsifying his résumé and for alleged sexual harassment. (Don’t confuse him with another staffer Mike Davis, who spent time tweeting during the week, disparaging Ford and asserting this was in essence a done deal. “Unfazed and determined. We will confirm Judge Kavanaugh,” he asserted.)”

“Even if they had tried, Republicans could have not done a better job demonstrating their bias, ineptitude, unseriousness, meanness, unfairness and general lack of empathy. They have become a walking advertisement for Democratic Senate candidates (“Can you believe these clowns?” would be an apt bumper sticker) and an embarrassment to their own operatives who see the Kavanaugh confirmation hanging by a thread.” 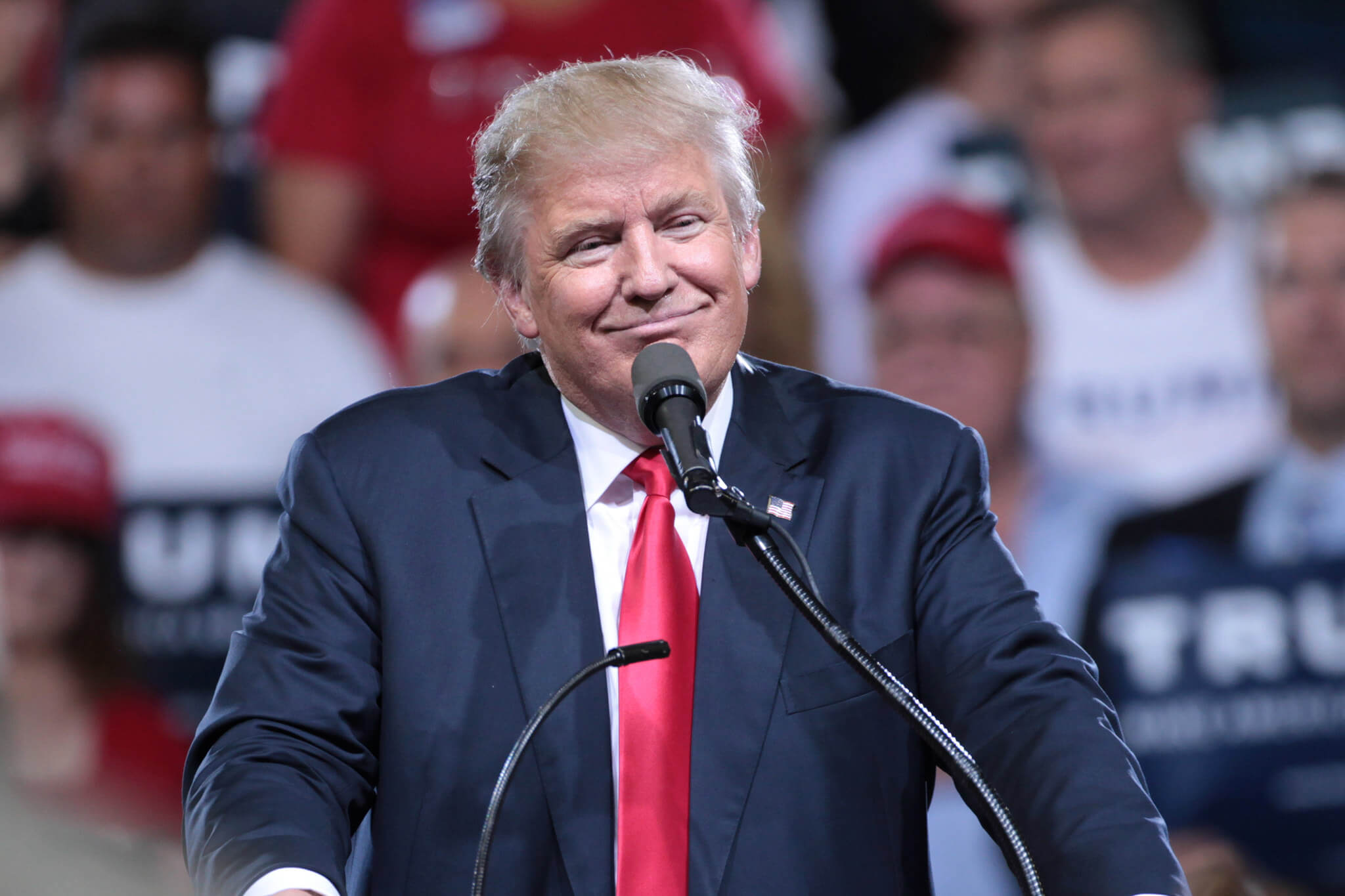 “There are now at least two related scandals : 1.) Whether Kavanaugh attacked Ford and now is lying, and 2.) the identities of those involved in a reprehensible scheme to pin a crime on someone for which there is zero evidence of wrongdoing. Between Trump’s ridiculous assertion that a 15-year-old’s failure to report a sex crime (which launched the #WhyIDidntReport social media phenomenon) and the nutty mistaken identity plot (which seems to concede Ford wasattacked).”