If the 11 GOP senators through their mouthpiece, the 26 year republican Maricopa County Prosecutor in charge of sex crimes, Rachel Mitchell asks any questions of the Supreme Court nominee Brett Kavanaugh at a Senate Judiciary Committee hearing on 9/27/18, it should include some regarding his reputation for excessive drinking while in high school and college.

It’s his excessive drinking and the resulting change of personality that sets the stage for Dr. Christine Blasey Ford’s allegations of attempted rape against Judge Kavanaugh and his friend Mark Judge during their high school years. There are other women that are coming forward like Debbie Ramirez from Yale with accusations against Judge Kavanaugh, but they will not be a party to the upcoming hearing.

“On Monday night, Supreme Court nominee Brett M. Kavanaugh said in a nationally televised interview that in his younger years, he was focused on sports, academics and “service projects.” But it was his comments about drinking that rankled some Yale University classmates, prompting them to speak out for the first time.”

“Liz Swisher, who described herself as a friend of Kavanaugh in college, said she was shocked that — in an interview focused largely on his high school years and allegations of sexual misconduct — he strongly denied drinking to the point of blacking out.”

“Brett was a sloppy drunk, and I know because I drank with him. I watched him drink more than a lot of people. He’d end up slurring his words, stumbling,” said Swisher, a Democrat and chief of the gynecologic oncology division at the University of Washington School of Medicine. “There’s no medical way I can say that he was blacked out. . . . But it’s not credible for him to say that he has had no memory lapses in the nights that he drank to excess.”

“Lynne Brookes, who like Swisher was a college roommate of one of the two women now accusing Kavanaugh of misconduct, said the nominee’s comments on Fox did not match the classmate she remembered.”

“He’s trying to paint himself as some kind of choir boy,” said Brookes, a Republican and former pharmaceutical executive who recalled an encounter with a drunken Kavanaugh at a fraternity event. “You can’t lie your way onto the Supreme Court, and with that statement out, he’s gone too far. It’s about the integrity of that institution.” 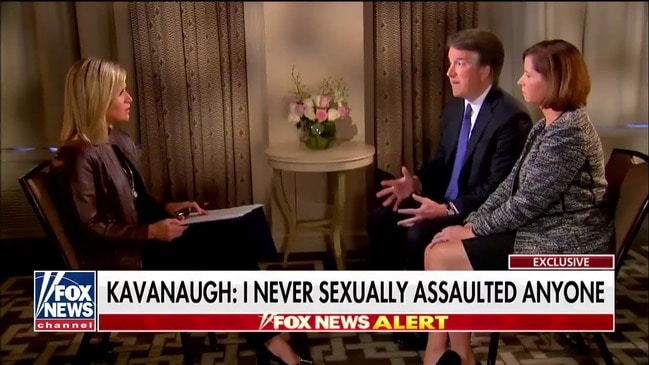 “Kavanaugh’s credibility will be tested this week as the Senate Judiciary Committee is set to hear sworn testimony from him and Christine Blasey Ford, the woman who alleges that he sexually assaulted her when they were teenagers decades ago and he was, in her words, “stumbling drunk.”

“As Thursday’s hearing approached, three Yale Law School classmates who had endorsed Kavanaugh called for an investigation into her claims and those of the other woman, and Yale Law professor Akhil Amar — who taught Kavanaugh and testified on his behalf before the committee — called for a probe into what he described as “serious accusations.” 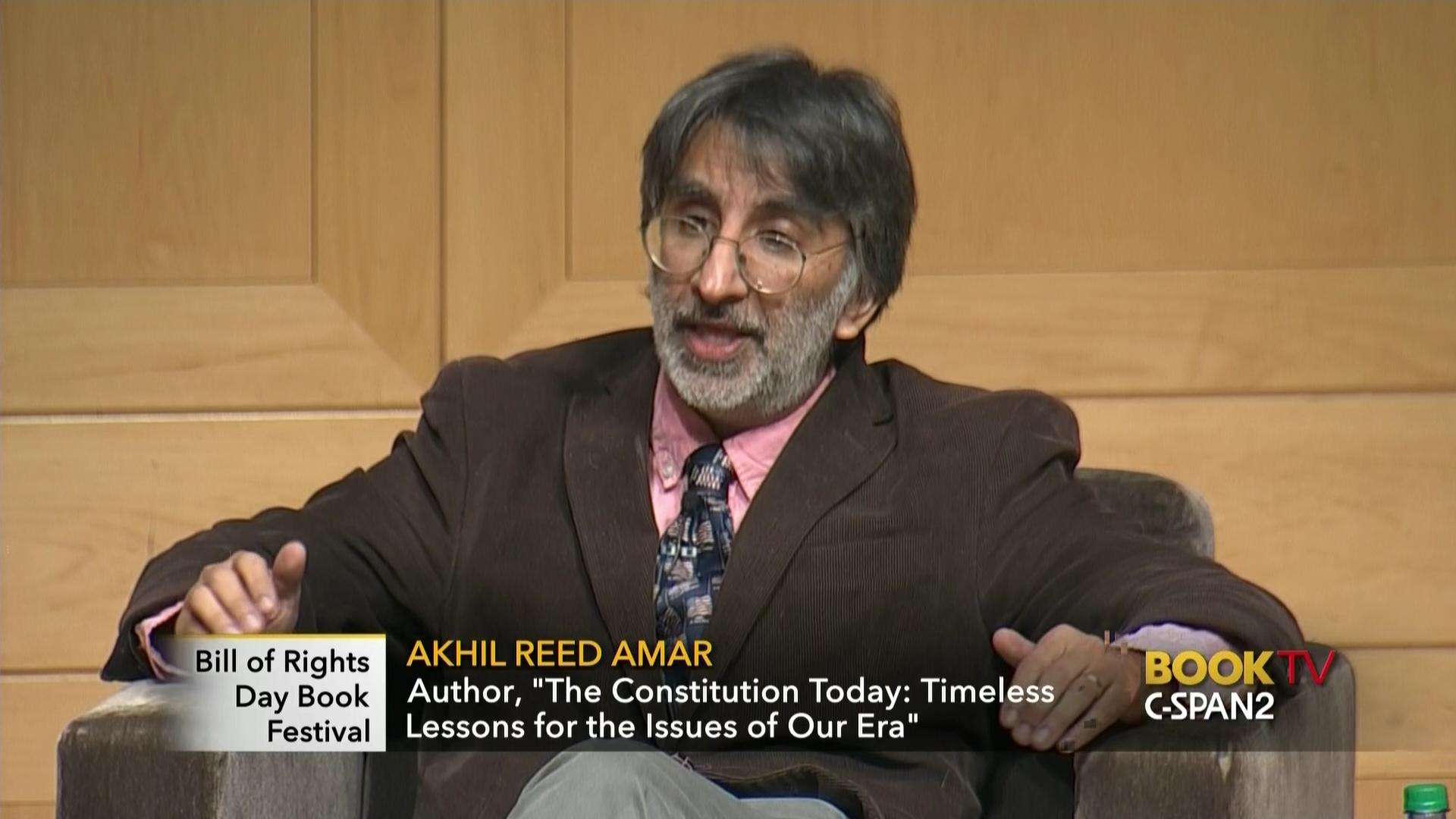 “The committee will have to weigh Ford’s credibility against Kavanaugh’s — and, to a degree, consider whether Kavanaugh drank to excess, as the pages of his high school yearbook suggest, or was the focused academic and athlete described by supporters and in his Fox interview.”

“In an extraordinary move, Kavanaugh made his case on the conservative cable television network Monday night. The interview was remarkable for its personal nature. At one point, Kavanaugh volunteered that he had remained a virgin for “many years” after high school.”

“Kavanaugh reiterated his unequivocal denials that he sexually assaulted Ford and that he exposed himself to Yale classmate Deborah Ramirez, as she contended in a story published Sunday in the New Yorker.”

“Kavanaugh described his younger self as a churchgoer who indulged in some beer-drinking — but never to the point of blacking out.”

“At one point, after he acknowledged that “people” do things in high school that later cause them to “regret or cringe,” Fox host Martha MacCallum asked: “Were there times when perhaps you drank so much — was there ever a time that you drank so much that you couldn’t remember what happened the night before?” 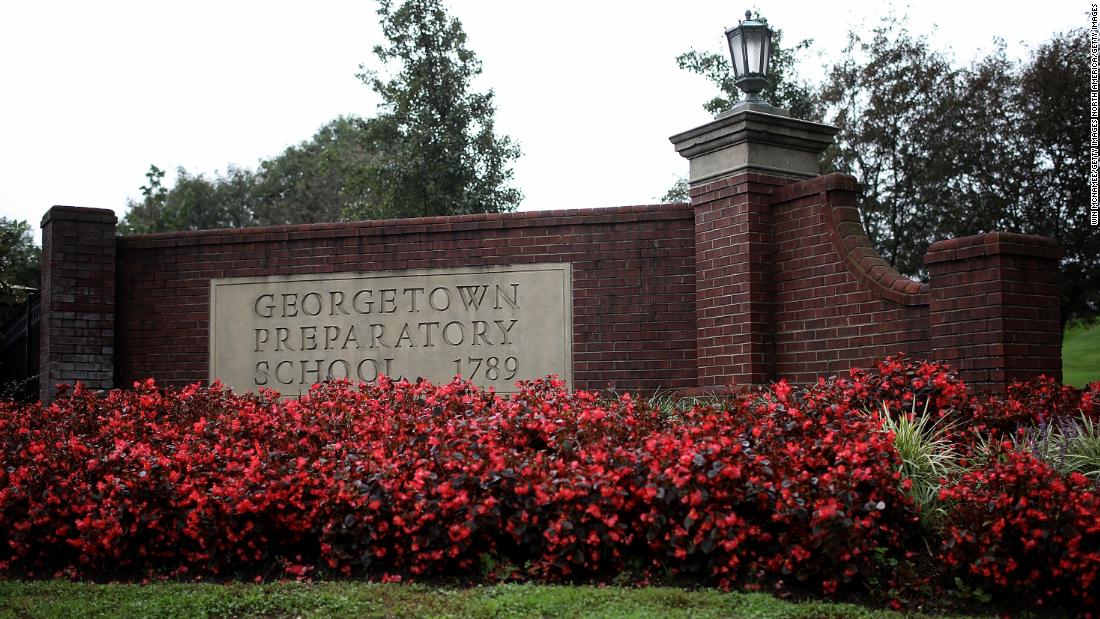 “Some friends of Kavanaugh from high school and college disputed the notion that his drinking was out of control.”

“Drinking was prevalent in high school, but some guys handled it better than others, and Brett always maintained his composure,” said Tom Kane, a close friend who met Kavanaugh when the two entered Georgetown Prep in 1979. “He was not a stumbling drunk. He was never all that interested in getting wasted.”

“Chris Dudley, who played basketball for Yale and later went on to a career in the NBA, said he considers Kavanaugh a great friend who is being unfairly maligned.” 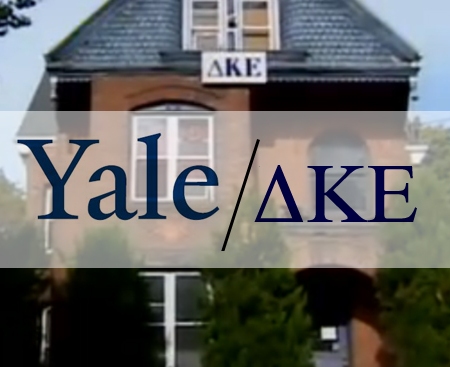 “Swisher, who lived with Ramirez for 3 years in college, could not recall a specific instance in which Kavanaugh acknowledged that he could not remember the events of the previous night.”

“But Brookes, Ramirez’s roommate for a year, said she was present one night when Kavanaugh participated in an event with his fraternity, Delta Kappa Epsilon. Brookes said she believes there was “no way” he remembered all of the behavior she observed that night, when fraternity brothers pushed pledges to get “ridiculously drunk” and do “ridiculous things.”

“Brookes said she remembers seeing Kavanaugh outside the Sterling Memorial Library, wearing a superhero cape and an old leather football helmet and swaying, working to keep his balance.”

“He was ordered to hop on one foot, grab his crotch and approach her with a rhyme, Brookes said. He couldn’t keep balanced, she said, but belted out the rhyme she’s remembered to this day: “I’m a geek, I’m a geek, I’m a power tool. When I sing this song, I look like a fool.”

“Years before his Supreme Court nomination, Kavanaugh acknowledged heavy drinking in a 2014 speech to the Yale Federalist Society. He recalled organizing a boozy trip for 30 of his Yale Law classmates to Boston for a baseball game and a night of barhopping, complete with “group chugs from a keg” and a return to campus by “falling out of the bus onto the steps of Yale Law School at about 4:45 a.m.”

“According to his scripted remarks, he said: “Fortunately for all of us, we had a motto. What happens on the bus stays on the bus.”

“Another former classmate who has publicly supported Ramirez, James Roche, said Kavanaugh frequently drank to the point of incoherence. “He hung out with the football players and soccer players, and they drank a lot and were bros,” Roche, who briefly shared a room with Kavanaugh during their freshman year, said in an interview this month. In a statement Monday night, after the Fox interview, Roche described Kavanaugh as a “notably heavy drinker” who “became aggressive and belligerent when he was very drunk.”

“Meanwhile, 3 Yale classmates who along with others endorsed Kavanaugh last month in a letter to the Judiciary Committee called Tuesday for an investigation into the sexual assault claims.”

“The confirmation process should be conducted in a way that fosters trust in the process and the Supreme Court, and that seriously considers allegations of sexual violence,” Kent Sinclair, a political independent who practices law in Beverly, Mass., and Douglas Rutzen, a lawyer in Washington and registered Democrat, said in a statement.”

“Mark Osler, a former federal prosecutor and a professor at the University of St. Thomas School of Law in St. Paul, Minn., said in an interview that “the focus can’t just be on the accusers and trying to bring their veracity into question. The circumstances need to be probed.”

“Amar, the professor, wrote Monday in the Yale Daily News that a probe would be the “best way forward.”

“If the investigation’s facts and findings support him, then he will join the Court in the sunshine and not under a cloud,” he wrote.

“Kavanaugh hinted at his drinking in his 1983 Georgetown Prep yearbook entry. He identified himself as the “biggest contributor” to the Beach Week Ralph Club, an apparent reference to vomiting, and treasurer of the Keg City Club. “100 Kegs or Bust,” his entry says, referring to a campaign by his friends to empty 100 kegs of beer during senior year.”

“The entry also made several references to women, including identifying Kavanaugh as a “Renate Alumnius.” The New York Times reported Monday that the phrase, also contained in other boys’ yearbook entries, was a reference to boasts of their alleged conquests involving a female student named Renate Schroeder from another high school.”