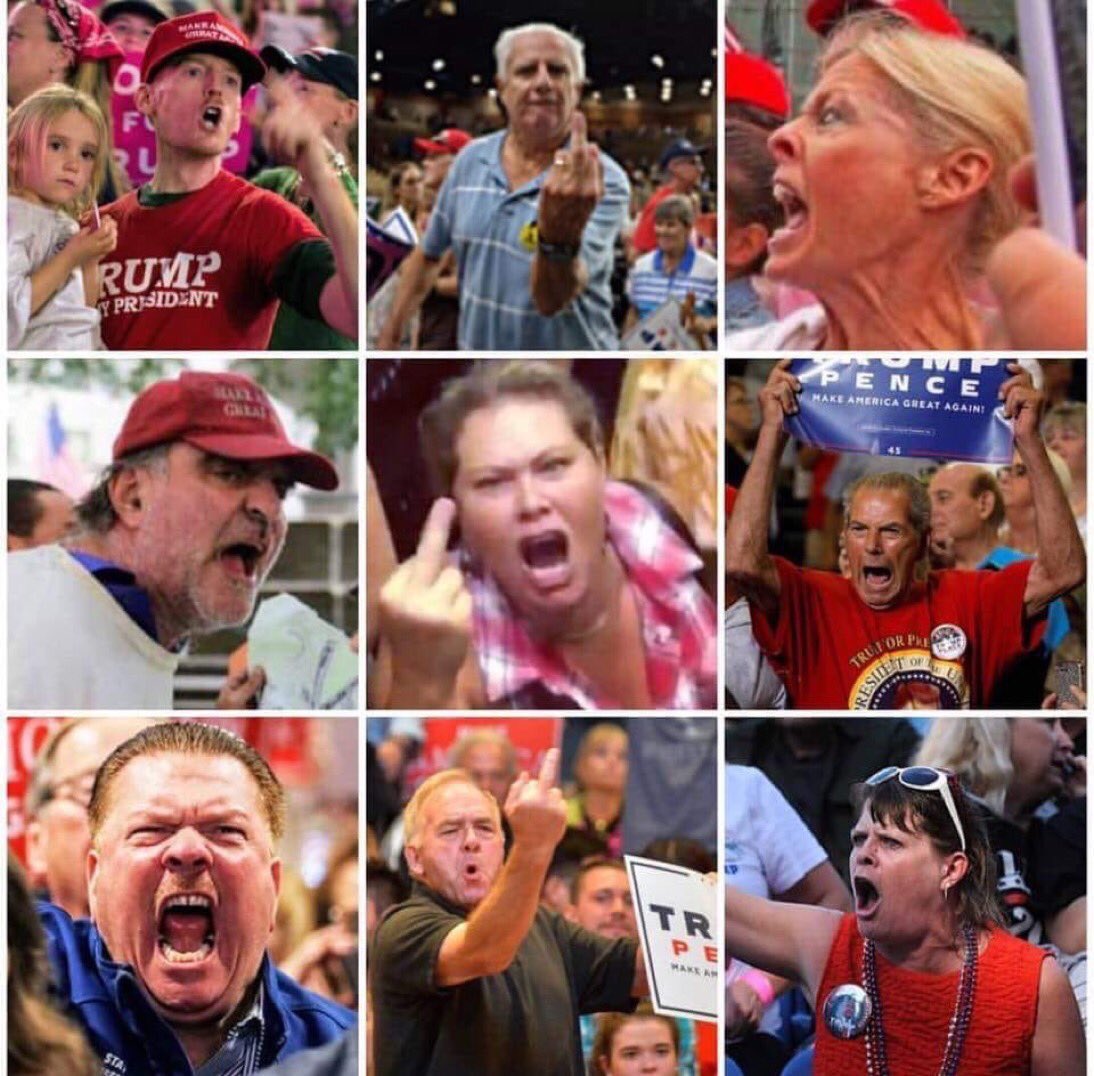 As I have previously stated, when a group of people who support a leader of the ilk of the republican President Donald Trump, singularly committed to a white, nationalistic Evangelical theocracy that continually vilifies Muslims, degrades women, condemns LGBTQ people, and shuns foreigners—accuses you of identity politics, mob rule for daring to protest, then you know their claims to victim-hood is fake news. They rule all three branches of government to where this assertion has no merit.

Protests have always been part of the American fabric dating back to our inception as a country.  There have been no major signs of progress in expanding the rights of citizens without this American ritual of getting out to civilly protest / fight to bring attention to injustice, unfairness and to create the climate of change for the better.

The GOP are counting on their outright lies which have no basis in reality and fact to be accepted at face value.

Currently, the GOP are trying to disseminate the lies of how the protesters acted as a mob, and how their behaviors only spurned/ motivated their base of supporters to get out to vote.  Guess what? This is a total fabrication.

Their propaganda campaigns are becoming a bit too obvious.

The truth is that those GOP Grumpy Old Perverts operating in the US Senate, the White House and elsewhere are scared to death where they’re shaking in their boots. Those angry women chasing some who were trying to escape into the men’s congressional restrooms,  are beginning to pay attention, and rightfully so.

Most women were not happy about how this confirmation process of the president’s SCOTUS pick, Judge Brett Kavanaugh went down, and they definitely didn’t approve of how Dr. Christine Blasey Ford had been discounted over her allegations that she was sexually assaulted by a drunken Judge Kavanaugh and his friend, Mark Judge during their high school years.

The latest polls as of 10/9/18, show that 63% of likely women voters plan to vote for Democratic Party candidates.

But wait, there’s more positive news for non-Trumpian women and the men who support them. There are cracks appearing in the Evangelical base’s women as described in the below NY times article.

On October 10, 2018, Laura Clawson of the Daily Kos penned the following report, “Nope: Poll confirms Kavanaugh did not create a Republican surge”

“Republicans insisted—and got a number of gullible media figures to believe—that confirming Brett Kavanaugh was a huge political win that would energize and unite the Republican base going into November’s elections. This was a highly dubious claim to begin with, and polling suggests it was more than dubious. It was more like total nonsense, actually.” “A new Politico/Morning Consult poll finds 46 percent of voters saying Senate Republicans and Joe Manchin “made the wrong decision” in confirming Kavanaugh, to just 40 percent who say it was the right decision. But wait! That’s not all!”

“And following the GOP-led effort to push through his nomination, enthusiasm among Democratic voters has surged. More than 3 in 4 Democrats (77 percent) say they are “very motivated” to turn out and vote in the midterms — more than the 68 percent of Republicans who say they’re “very motivated.”

“These results are similar to a CNN poll that found 51 percent saying Kavanaugh should not have been confirmed, with a similar percent believing Kavanaugh’s accusers. The same poll pegged Democratic enthusiasm above Republican enthusiasm.”

“Republicans insisted—and got a number of gullible media figures to believe—that confirming Brett Kavanaugh was a huge political win that would energize and unite the Republican base going into November’s elections. This was a highly dubious claim to begin with, and polling suggests it was more than dubious. It was more like total nonsense, actually.”

“Republicans may have been able to win a couple hours of news cycle with their insistence that Kavanaugh was Great For Republicans, but it looks like a bit of stagecraft and not an organic upswelling of Republican pride.”

“After church on a recent Sunday, Emily Mooney smiled as she told her girlfriends about her public act of rebellion. She had slapped a “Beto for Senate’’ sticker on her S.U.V. and driven it to her family’s evangelical church.”

“But then, across the parking lot, deep in conservative, Bible-belt Texas, she spotted a sign of support: the same exact sticker endorsing Beto O’Rourke, the Democrat who is challenging Senator Ted Cruz.”

“I was like, who is it?” she exclaimed. “Who in this church is doing this?” 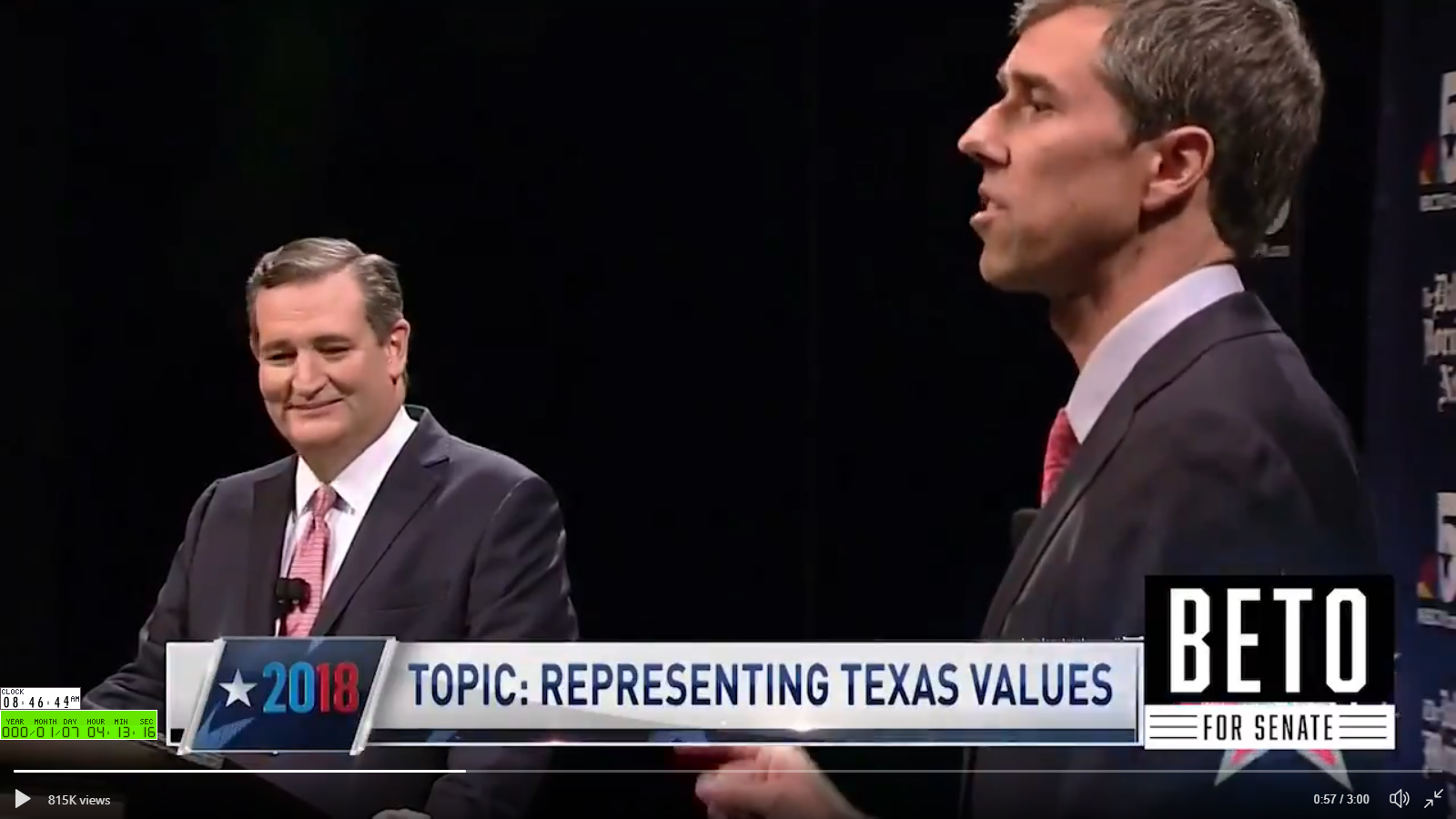 “Listening to Ms. Mooney’s story, the four other evangelical moms standing around a kitchen island began to buzz with excitement. All of them go to similarly conservative churches in Dallas. All are longtime Republican voters, solely because they oppose abortion rights. Only one broke ranks to vote for Hillary Clinton in 2016. But this November, they have all decided to vote for Mr. O’Rourke, the Democratic upstart who is on the front line of trying to upend politics in deep-red Texas.”

“In the Senate race, one of the most unexpectedly tight in the nation, any small shift among evangelical voters — long a stable base for Republicans — could be a significant loss for Mr. Cruz, who, like President Trump, has made white evangelicals the bulwark of his support.”

“To Democrats nationwide, who have largely written off white evangelical voters, it also sends a signal — not just for the midterms but also for the 2020 presidential campaign — that there are female, religious voters who are open to some of their party’s candidates.”

“The women, who are all in their 30s, described Mr. O’Rourke as providing a stark moral contrast to Mr. Trump, whose policies and behavior they see as fundamentally anti-Christian, especially separating immigrant children from their parents at the border, banning many Muslim refugees and disrespecting women.”

“I care as much about babies at the border as I do about babies in the womb,” said Tess Clarke, one of Ms. Mooney’s friends, confessing that she was “mortified” at how she used to vote, because she had only considered abortion policy. “We’ve been asleep. Now, we’ve woke up.”

“Ms. Clarke, who sells candles poured by refugee women in Dallas, began to weep as she recalled visiting a migrant woman detained and separated from her daughter at the border. When an older white evangelical man recently told her that she couldn’t be a Christian and vote for Mr. O’Rourke, Ms. Clarke was outraged.”

Link to entire article: Beto O’Rourke May Benefit From an Unlikely Support Group