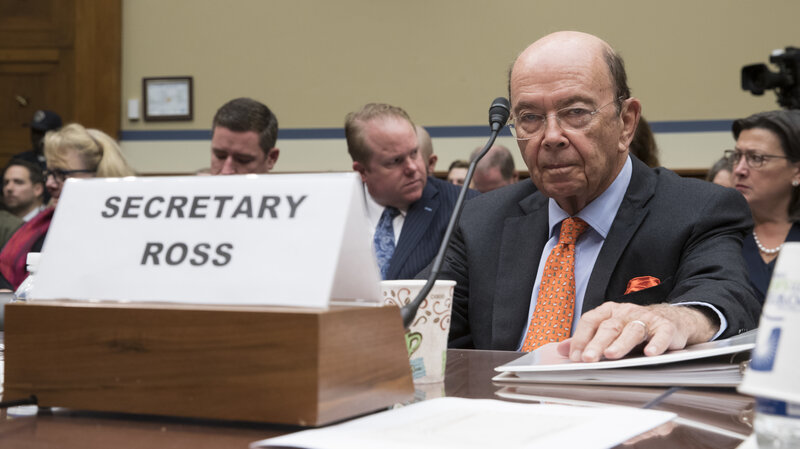 What else is new? As per the discovery of a recent document which is part of a multi-state lawsuit regarding the president’s administration pushing to add a citizenship question to the 2020 US Census, it was discovered that the US Commerce Secretary Wilbur Ross had lied to the US Congress about his discussion with the White House adviser Stephen K. Bannon and Attorney General Jeff Sessions about adding this question to the 2020 Census.

The question has to do with why would Mr. Bannon be calling Mr. Ross in the spring of 2017 to ask whether he would speak to Kansas Secretary of State Kris Kobach about ideas for a possible citizenship question on the census.”

UPDATE 10/24/18: As per the 10/22/18 Washington Post report by Robert Barnes and Tara Bahrampour, “Ross first said he added the citizenship question at the behest of the Justice Department, which said it was needed to help enforce voting rights.”

“But emails showed that he had been pushing for the inclusion of the citizenship question earlier than that, and the groups and states contend the Justice Department request was a pretext.”

“In a document filed in response to questions sent by New York Attorney General Barbara Underwood (D), Ross acknowledged that he had discussed the issue with former White House adviser Stephen K. Bannon and a Republican secretary of state who has been a leader in anti-immigration efforts.”

“In the document, Ross said he recalled Bannon calling him in the spring of 2017 to ask whether Ross would speak to Kansas Secretary of State Kris Kobach about ideas for a possible citizenship question on the census.”

Frankly, I’m concerned that the republican President Donald Trump’s administration’s insistence on adding this question about one’s citizenship, is being done for nefarious purposes regarding voting rights. Since, this has not been a required question on past census forms, inquiring minds, have to ask, why now?

It was this same Kris Koback who was leading the republican President Donald Trump’s Commission to uncover/ prevent future voter fraud incidents even though numerous credible studies have shown in person voter fraud to virtually non-existent. Mr. Koback had demanded that the states share voter information with his office, but most state election supervisors refused to cooperate. Eventually, the office was dissolved.

“We the people” have been under the understanding that the data on individuals would not be shared with government departments or any entity outside of the US Census Bureau. This information is supposed to 100% confidential. 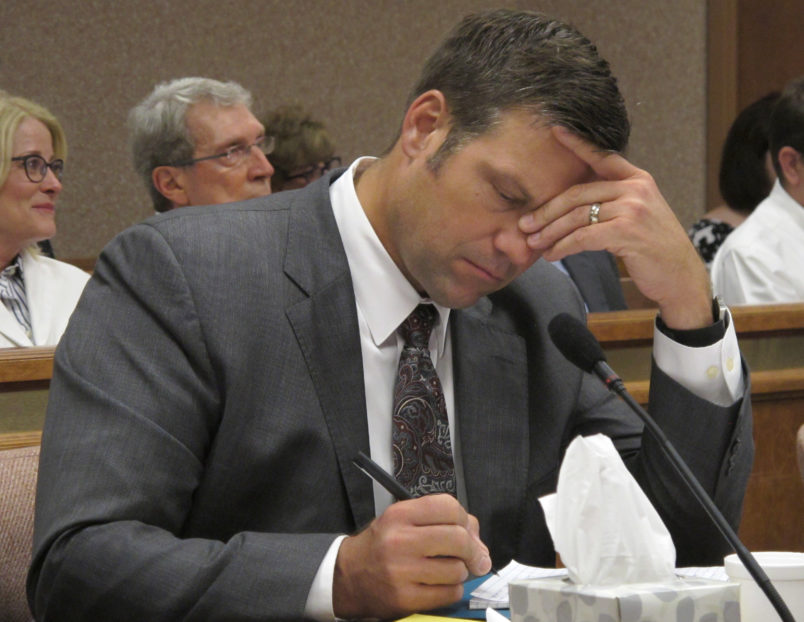 “Commerce Secretary Wilbur Ross recalled talking with former White House adviser Stephen K. Bannon and Attorney General Jeff Sessions about adding a citizenship question to the 2020 Census, according to a document filed Thursday (10/11/18) by the Justice Department, though he testified to Congress that he had not done so.”

“The document, part of a multistate lawsuit against the Trump administration over the question, said Ross recalls Bannon calling him in the spring of 2017 to ask whether Ross would speak to Kansas Secretary of State Kris Kobach about ideas for a possible citizenship question on the census.”

“The document appears to contradict Ross’s testimony to Congress this year. When asked at a hearing on March 20 whether the president or anyone in the White House had discussed the citizenship question with him, Ross said, “I am not aware of any such.”

“The document was released as the Supreme Court is expected to rule on whether Ross can be deposed in the case. In August, a U.S. District Court judge ordered Ross and John Gore, the acting assistant attorney general for the Justice Department’s Civil Rights Division, to sit for depositions.”

“An appeals court ruled Tuesday that the deposition could take place, and Supreme Court Justice Ruth Bader Ginsburg issued a stay on that decision pending a response from the plaintiffs. The plaintiffs filed the reply Thursday, and Ginsburg can either rule on it herself or refer it to the full court.”

“The document is a response to questions sent by New York Attorney General Barbara Underwood (D) in the discovery phase of the multistate lawsuit seeking to block the administration from adding a citizenship question to the decennial count. It is one of six legal challenges to the question, which Ross announced March 26 would be added to the survey to help enforce the Voting Rights Act.”

“Democratic lawmakers and immigrant rights groups have blasted the plan, saying it will make immigrants less likely to fill out the form, leading to a more costly and less accurate census. Six former census directors and the Census Bureau’s internal analyst also have said that the question would harm the count.”

“Internal documents released in the New York case over the summer indicated that Ross was pushing for a citizenship question more actively, and much earlier, than his sworn testimony indicated.”

“Democrats have said they will try to legislate against the question if they gain control of the House or the Senate in next month’s midterm elections. They could also request the Justice Department prosecute Ross for perjury.”

“It is a crime to lie to Congress, and it is within the attorney general’s purview to prosecute it,” said Austin Evers, executive director of American Oversight, an ethics watchdog group.”

“Under Jeff Sessions’s own policy, the Department of Justice should be prosecuting the most serious readily provable crime in all cases, so any divergence from that policy here would be a political exception to the rule. It is uncommon for an attorney general to prosecute its own Cabinet member, but this is a pretty clear-cut case of a false statement.”